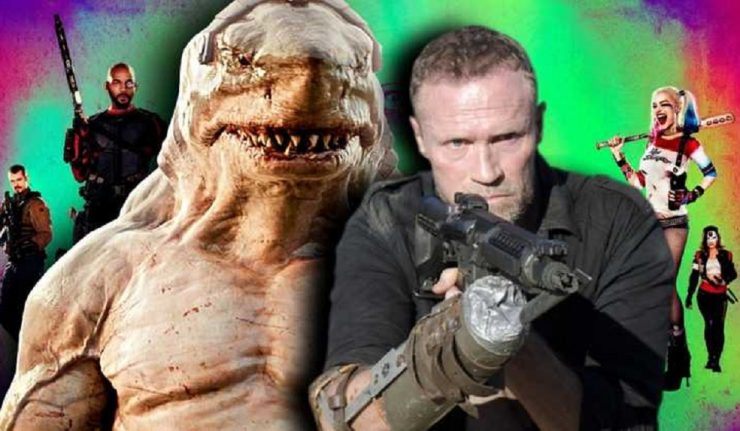 Earlier this week, movie fans were excited to hear the news that veteran actor Michael Rooker was in talks to play King Shark, the son of the Shark God (Shark Jesus? I would accept him as my savior), in the upcoming The Suicide Squad, helmed by James Gunn. (I think that’s the most times I’ve ever typed out the word “shark” in one sentence).

While Rooker has played many roles over his decades-long career, his most recent surge in popularity comes from playing the ravager, Yondu Udonta in the Guardians of the Galaxy films. Rooker has proven to be a wonderful actor over the years, but seeing him appear in another James Gunn movie would have been magic.

Unfortunately, it doesn’t look to be the case. Rooker confronted the news on his Instagram feed:

Rooker would go on to clarify in a comment to the above post: “This is not true news… I am not cast in this movie…….”

That’s succinct. It’s hard to misinterpret that, but I’m sure the Internet will find a way. While I also don’t want to mislead or create false hope, it is true that he is currently not cast in the movie, but Gunn could easily call him up for a smaller role. We may see King Shark too, but will just have to wait and see.

Personally, Rooker’s Yondu was easily my favorite part in GotG Vol. 2, so he would have made such a welcome addition to the cast. Regardless, I’m positive that Gunn will not lead us astray and select a great set of actors to bring his vision of Task Force X to life.

Aside from rumors of Rooker’s casting, there was another rumor floating around regarding yet another Marvel alumnus. Benicio Del Toro had also been reported to be in talks to play a character known as the Mayor. Another great actor who knows how to work with Gunn. There seems to be a pattern here. While I greatly support the idea of either actor to appear in The Suicide Squad, this all seems like fan-casting to me.

With so many rumors surrounding this anticipated flick, I think it best to make sure that you break out the salt gun to shoot down those nasty rumor demons. Yes, there is such a thing and you can get it here.

The Suicide Squad is due to hit theatres on August 6, 2021. Stay tuned to DKN for updates.