Review: Batman And The Outsiders #4 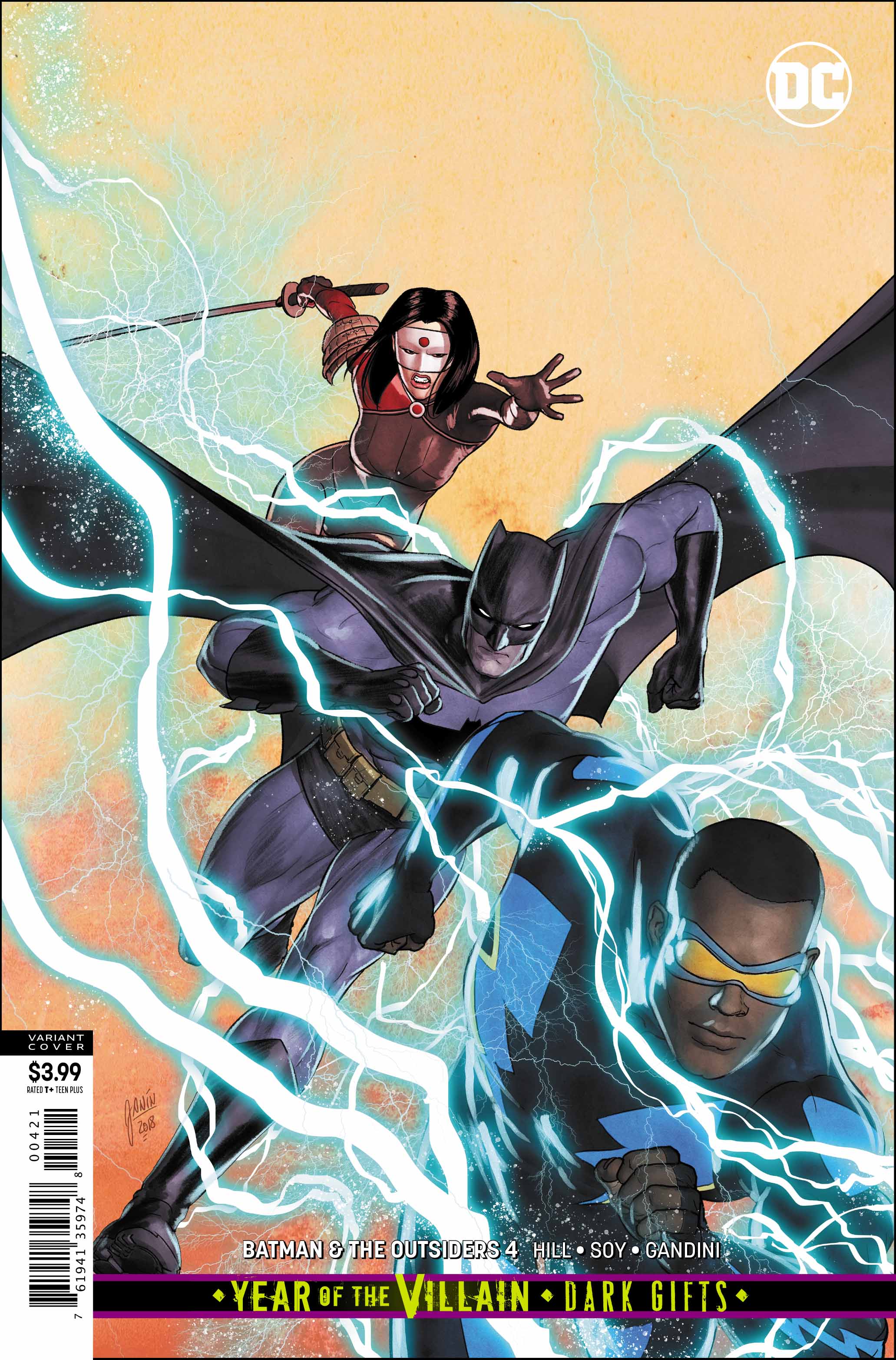 I have to admit that I needed to read this issue twice. At first glance I found it frustrating that Sofia seems to have taken on the morals – or lack thereof – of Ra’s Al Ghul far too quickly. Initially I felt that this felt rushed, and a little forced. Then I read back through issues #1 – #3, and read it again. Mr. Hill, I apologise. Just two issues ago Sofia attempted to take her own life, so her getting all “murdery” (is that a word?) in this issue shouldn’t have come as that much of a surprise. This woman is clearly broken, making her the perfect subject for Ra’s’ indoctrination.

The reason this is clever is because it adds fuel to the fires of uncertainty. Bryan Hill started off by making Sofia sympathetic, making us want our heroes to save her, train her and, possibly, even have her join their ranks. With every passing moment, though, this feels more and more unlikely. I now feel that Sofia may not even want to be saved. Whilst that’s tragic, it adds to the drama and the sense of threat. 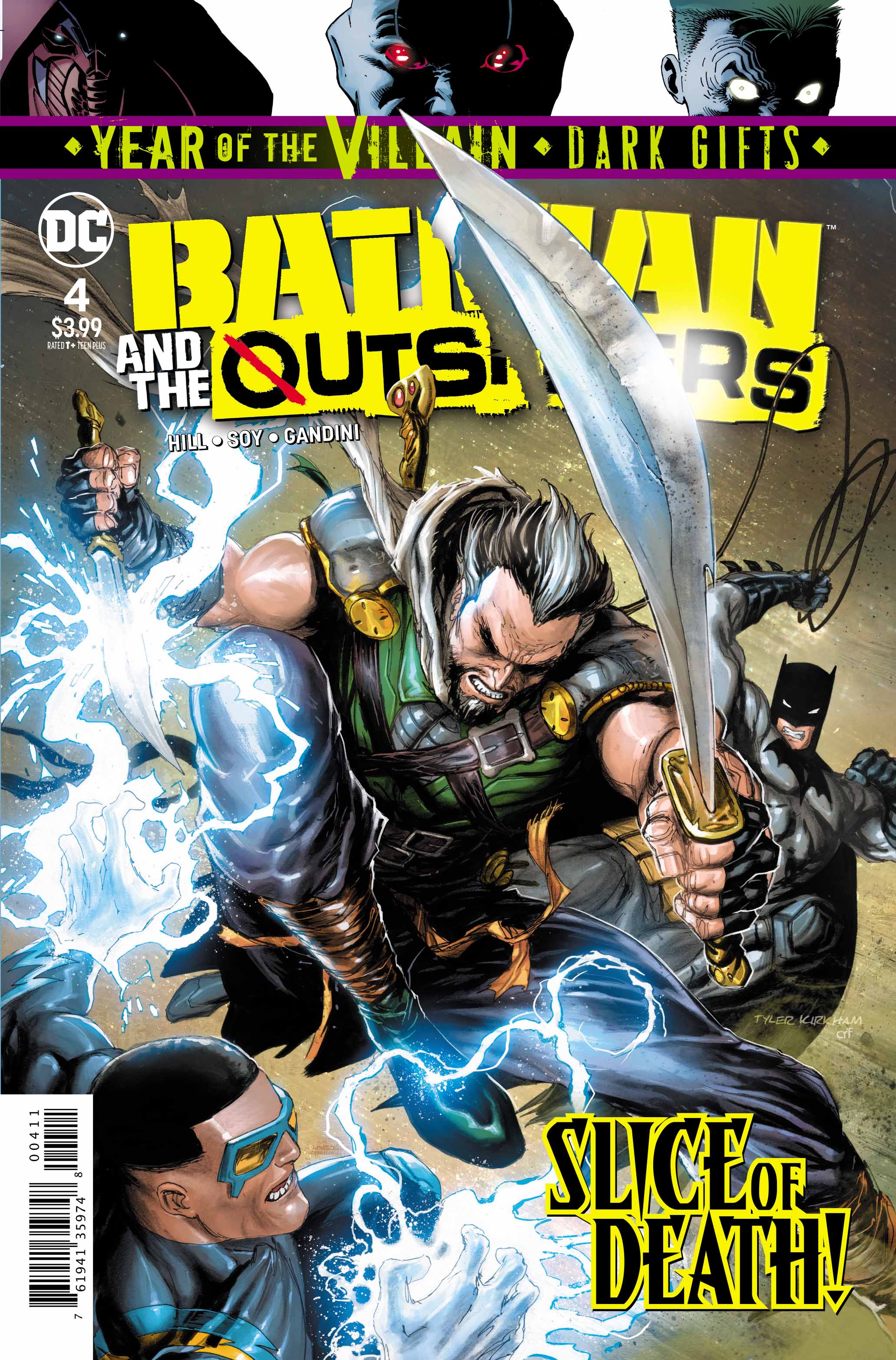 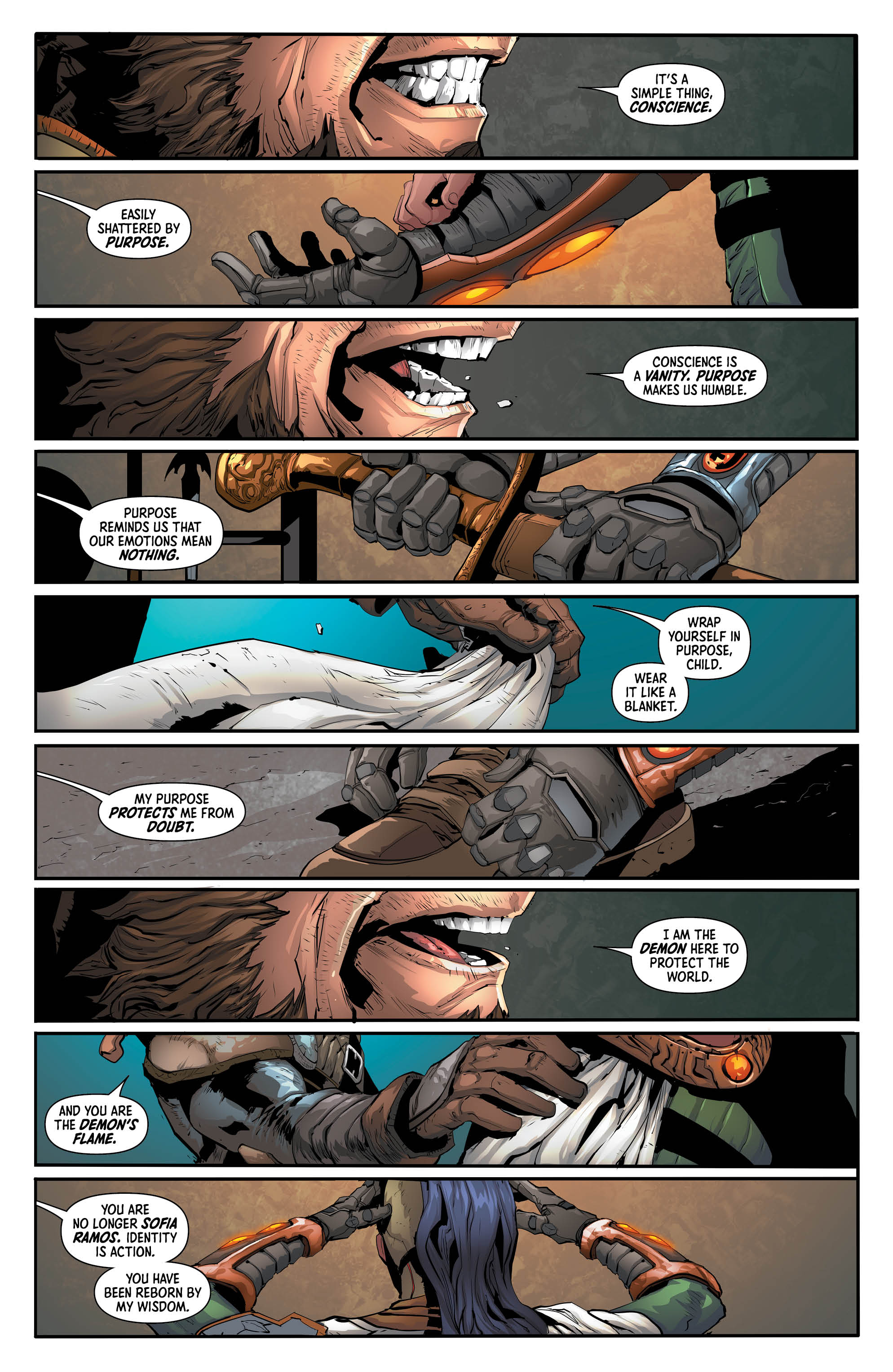 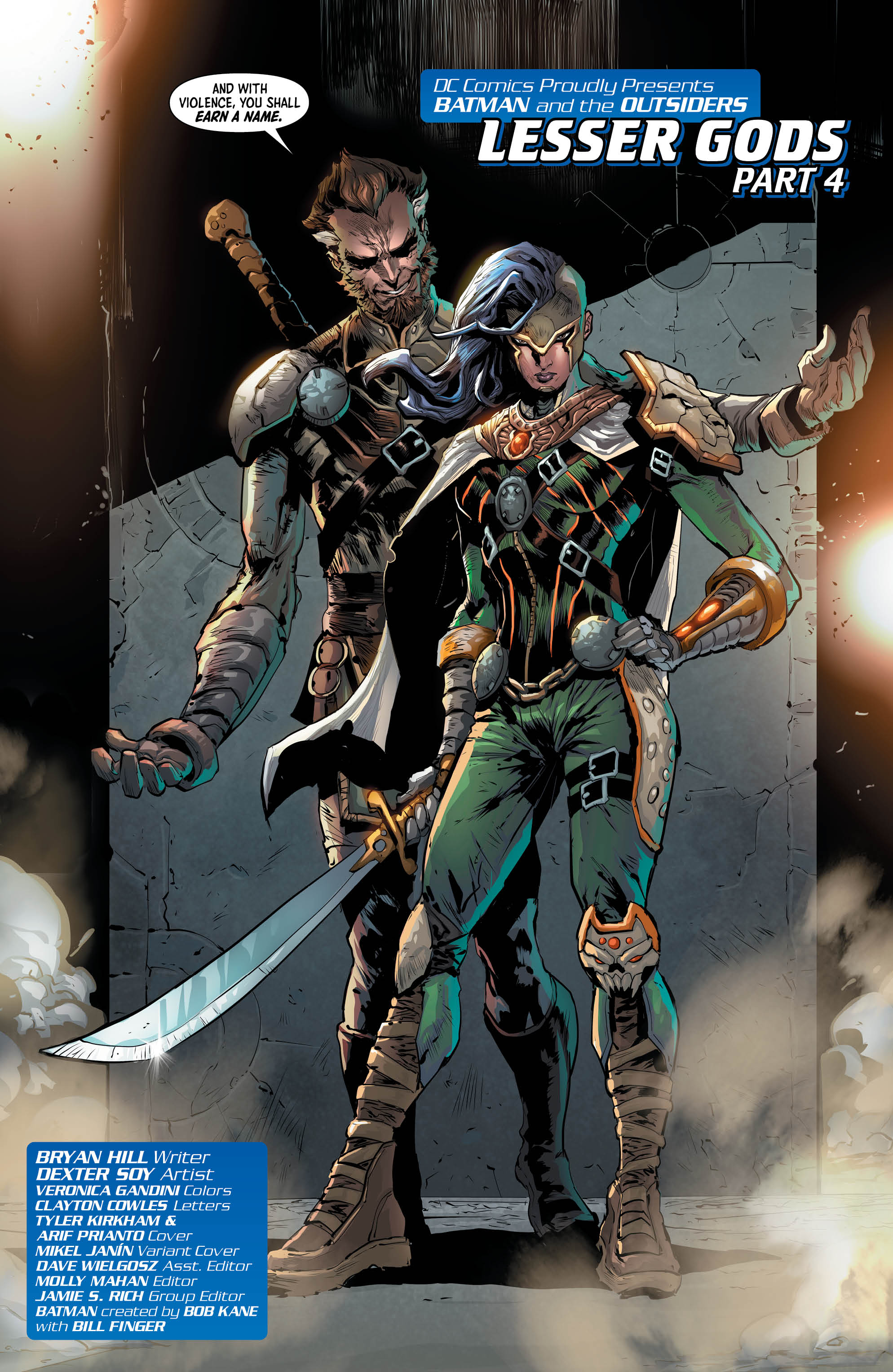 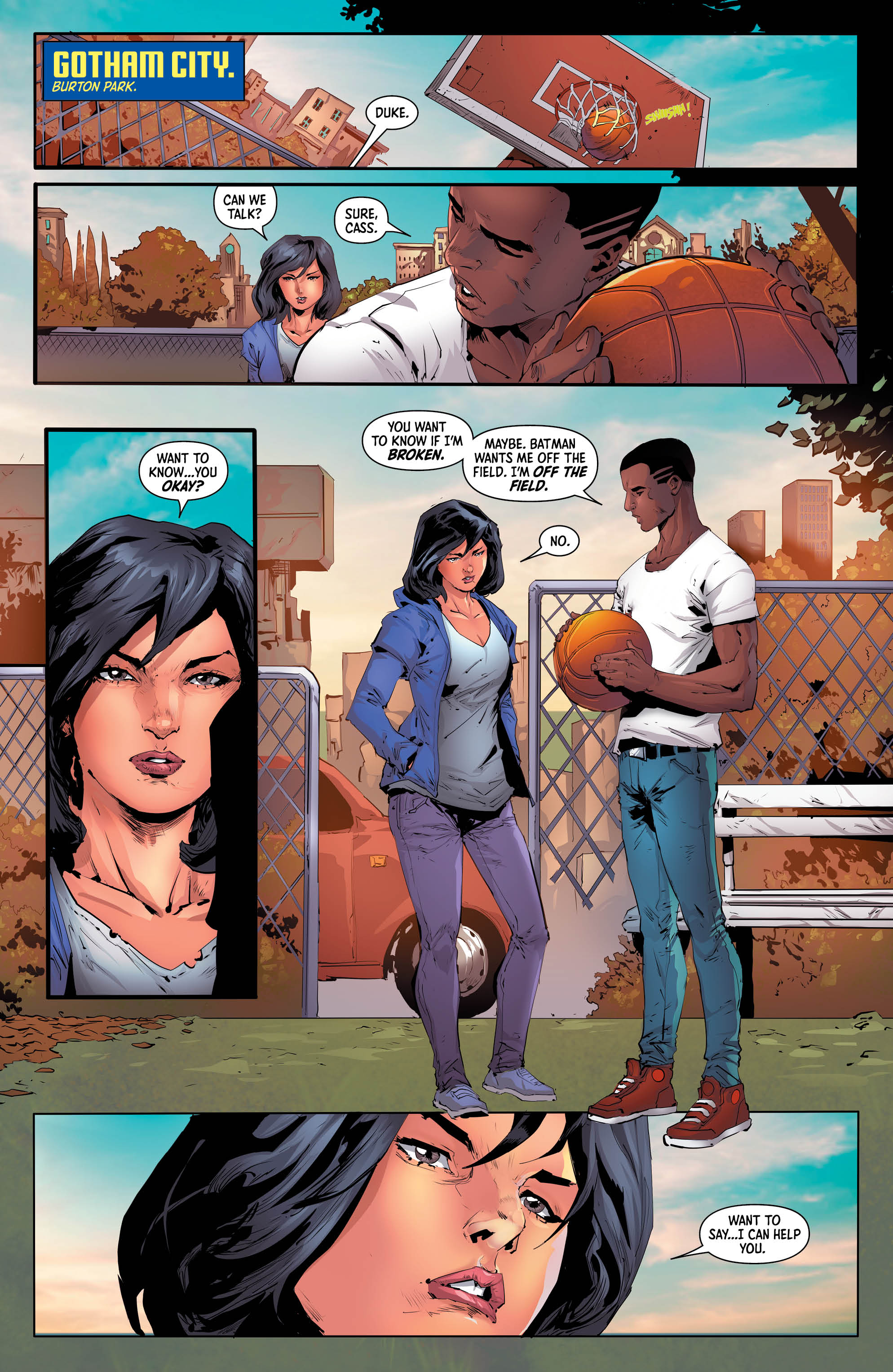 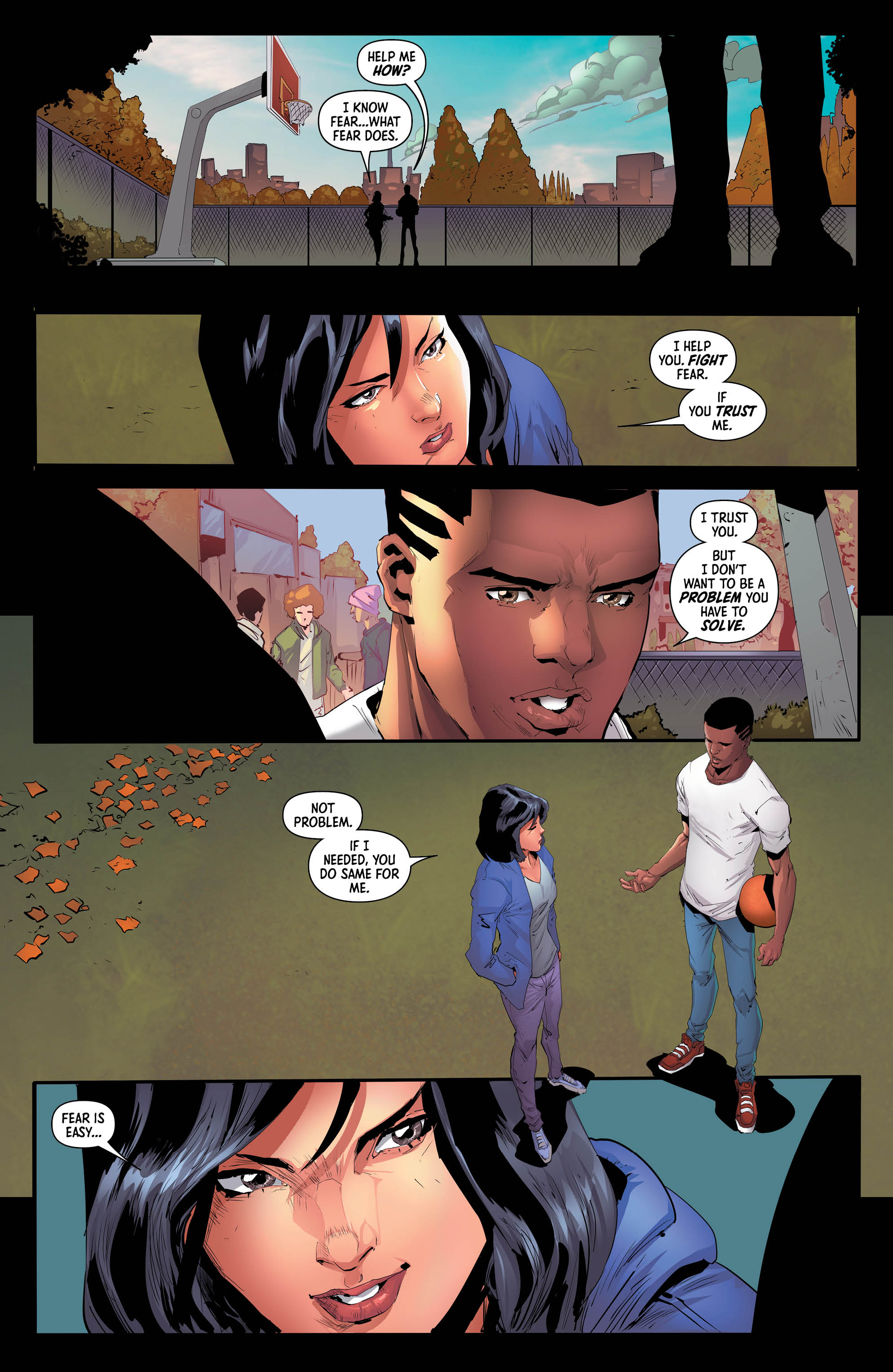 A Team Of Superheroes

I’m not talking about the Batty bunch now… oh, no. The team I’m talking about is the altogether more unified squadron of Dexter Soy, Victoria Gandini and Clayton Cowles. This is a comic-book, and all the clever scripting in the world would be as nothing without first rate visuals to bring the story to life. One look at the the lovely pages attached to this review will highlight what I’m raving on about. The way these three talented artists work together is wonderful. From the tightly packed sandwich that is the first page to the gorgeous splash of the malevolent Demon with his new protegee on page two, this team is killing it… much like Sofia, later on in the book.

Action is one thing, but we also get great character scenes between Cass and Duke, Jefferson and Kaliber and then between Batman and Jefferson too. I get the feeling that these stories are set after the events of Batman #50, as the Dark Knight we see in these pages is clearly struggling with something. Jefferson not taking any of his nonsense, and Katana struggling with the tormented soul of her husband – which is trapped in her mystical blade – are just the tip of the iceberg. Add a kidnapped meta-human in the clutches of a world-class sociopath, a gun-toting cyborg and two teenage super-kids with issues to the mix, and the future’s not looking very rosy.

Batman And The Outsiders #4 has the dominos all lined up, but Bryan Hill seems to have left the table on a tilt, giving the story a sense of urgency and futility. While this is frustrating, and a bit of a downer, I know that with a writer of his calibre (and Kailber), the rug of doubt could be pulled out from under me in the blink of an eye. With a creative team as strong as this one, I’m looking forward to whatever the future may bring.