“The Fall and the Fallen” – Part Three 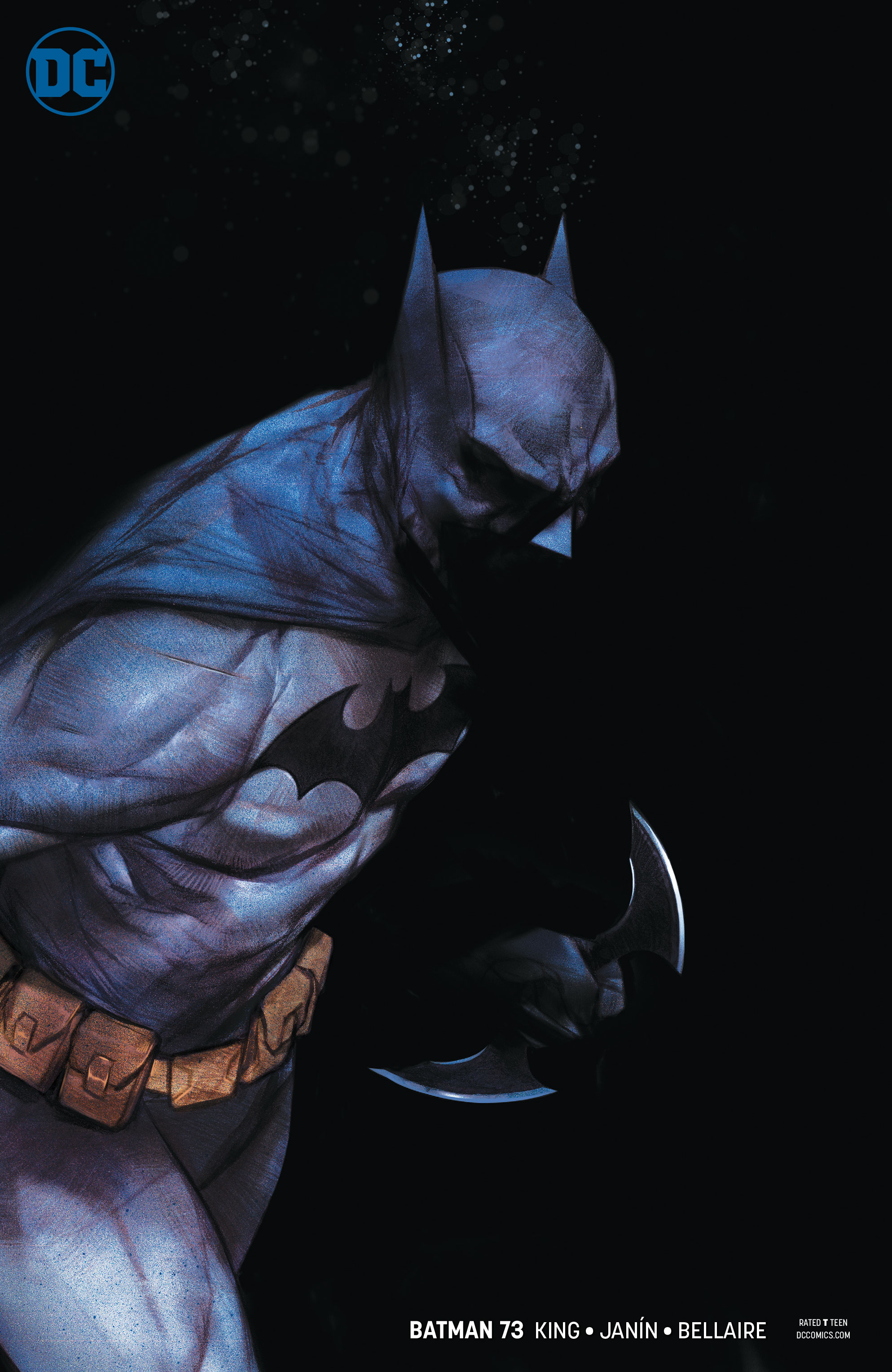 After the shocking revelations and action of the previous issue, this follow-up is a quiet change-of-pace. The plot is simple, but the dialogue and the interactions between Bruce and Thomas is what makes the comic shine. Thomas is a strong-willed individual and, unfortunately for Bruce, that makes him the perfect person to break him down.

This issue is played in contrast to Bane’s over-the-top machinations. Interestingly, Bane and Thomas both want the same thing: the end of Batman, but they go about it in wildly different ways and with different motivations. Thomas doesn’t want Bruce to be Batman anymore out of apparent concern. Because of that, he doesn’t speak like typical super villain, but in a calmer, more controlled manner. What he says is insane at times, but since he’s not yelling, it sounds almost logical. That’s what makes him such a chilling character.

King did an amazing job taking what was established in Flashpoint and spinning a new take on Thomas Wayne’s Batman. 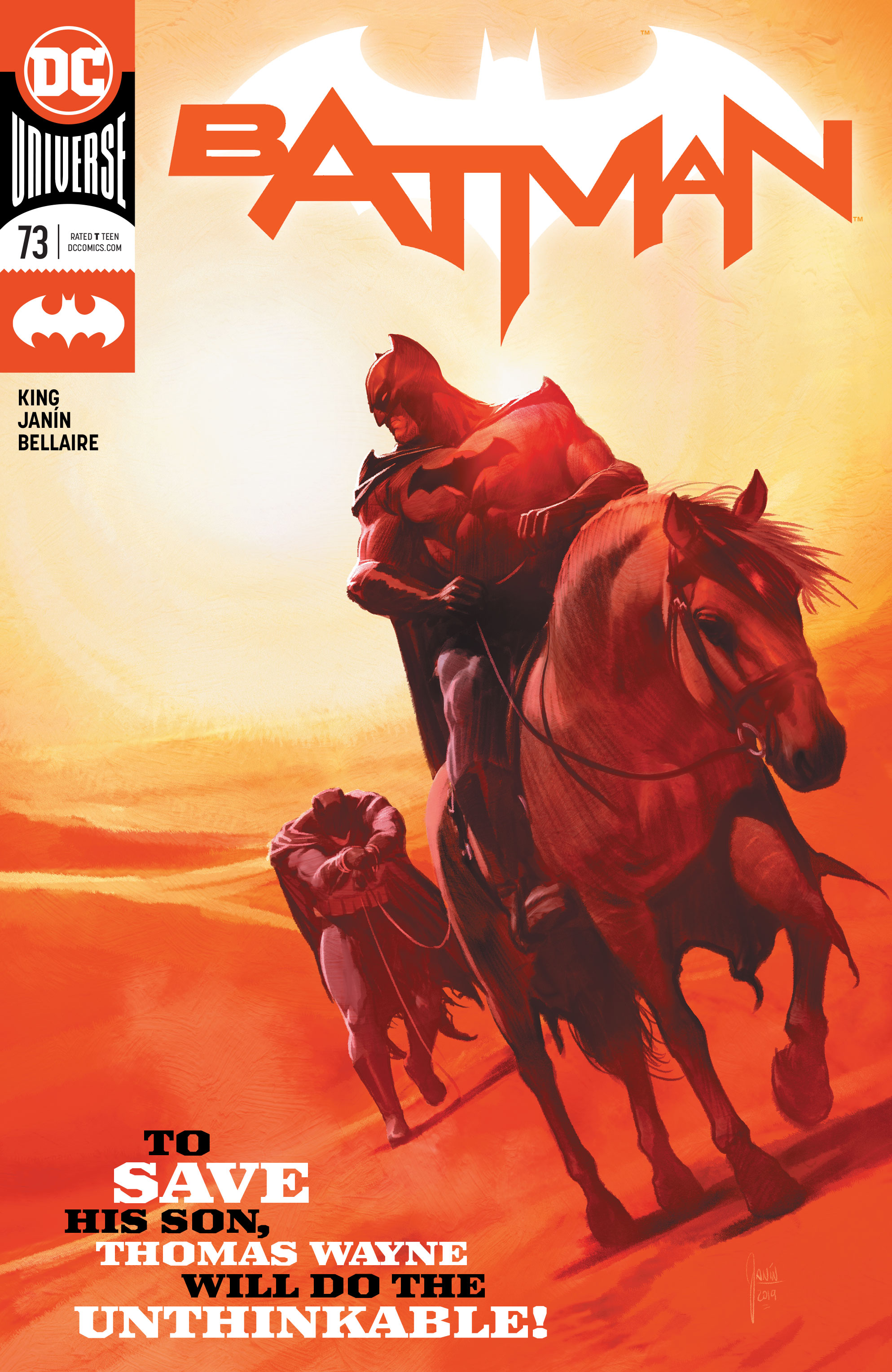 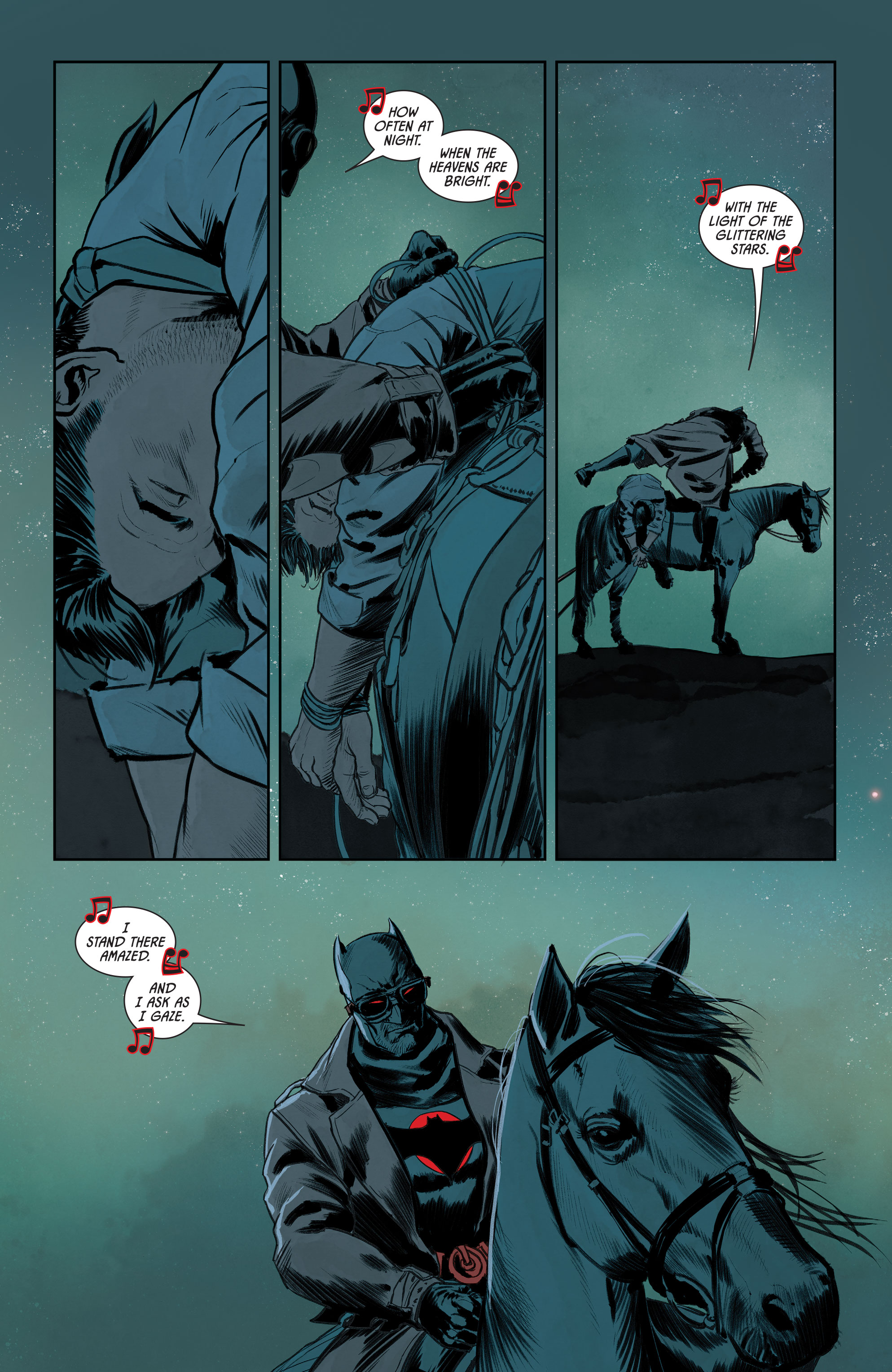 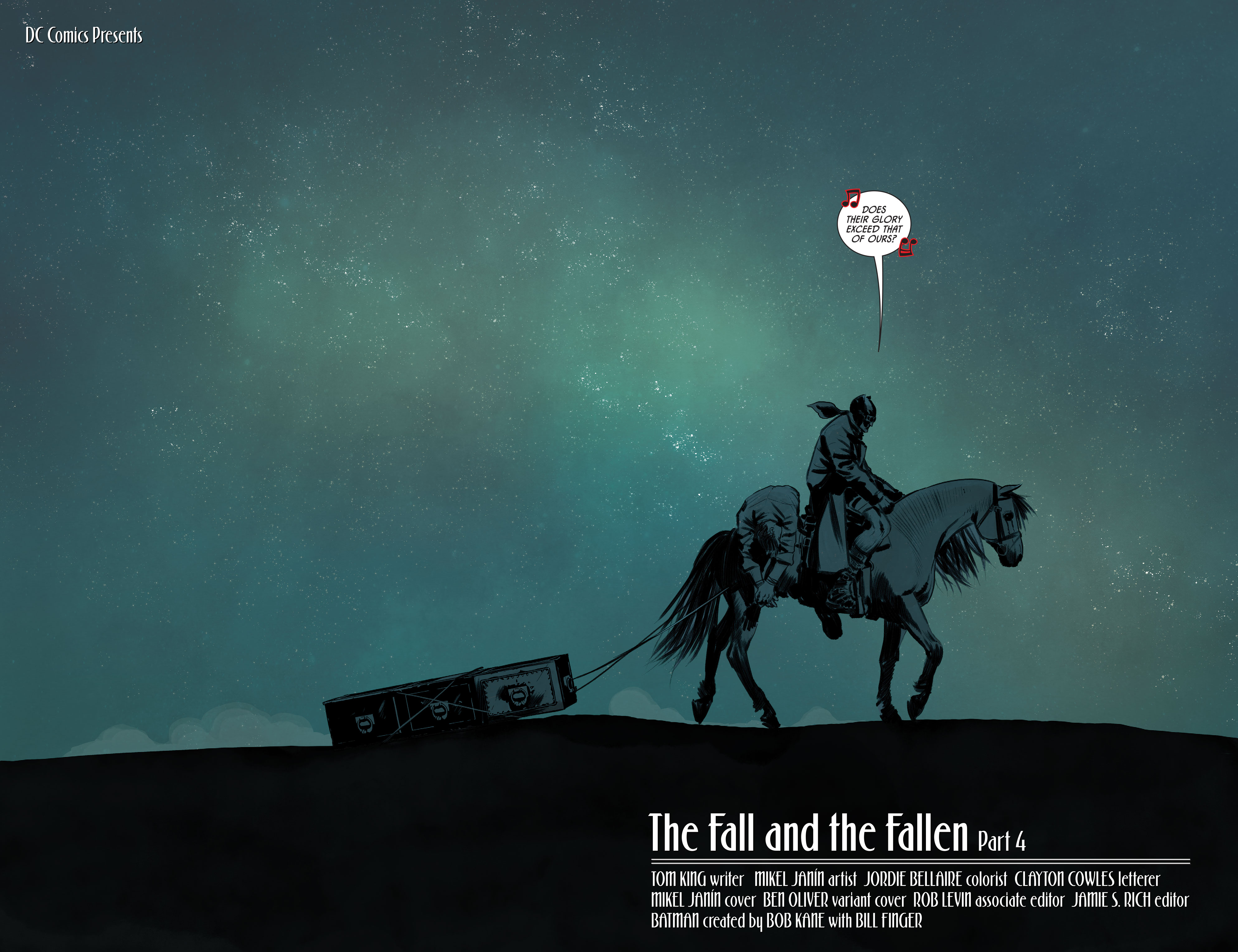 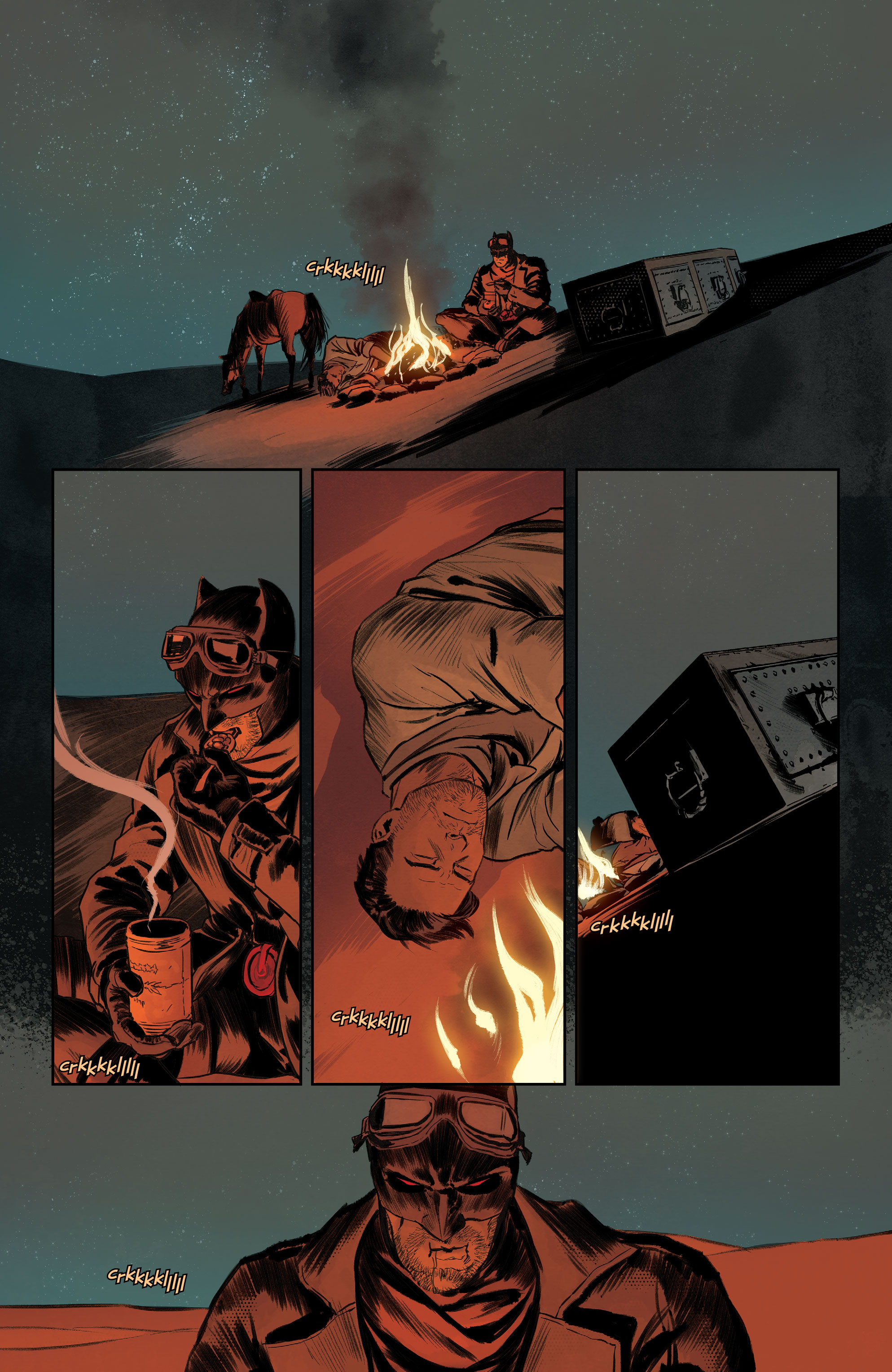 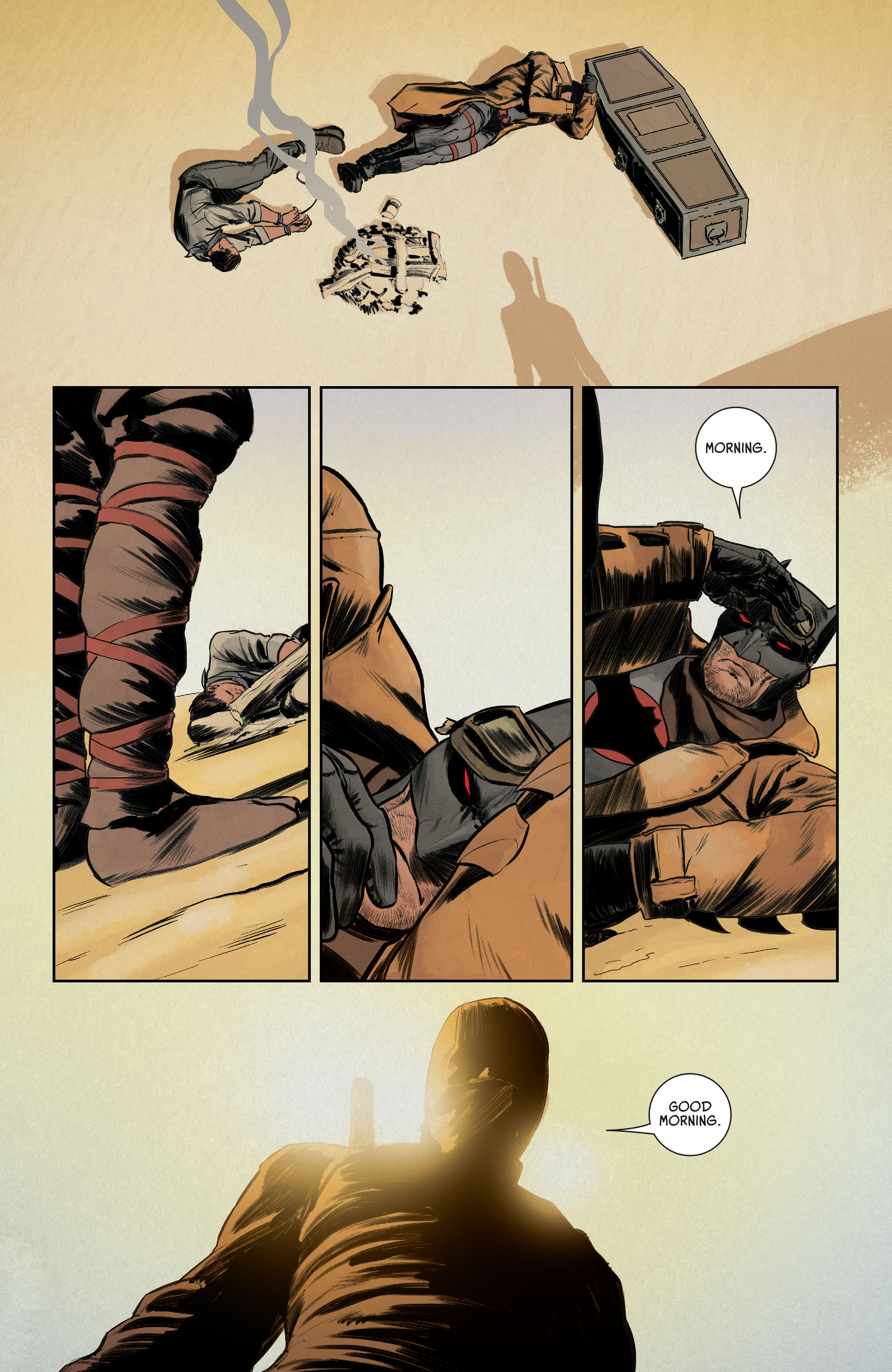 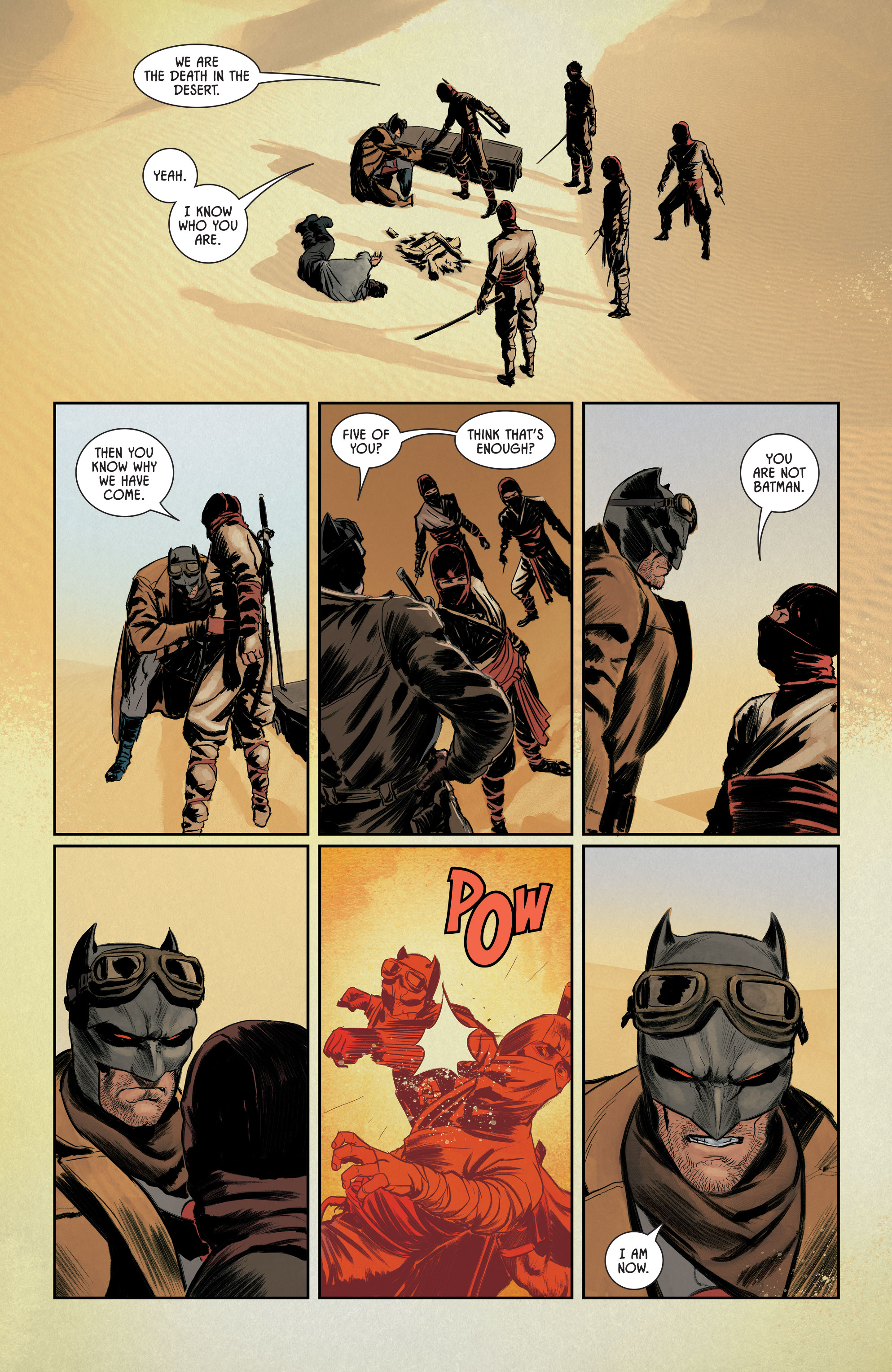 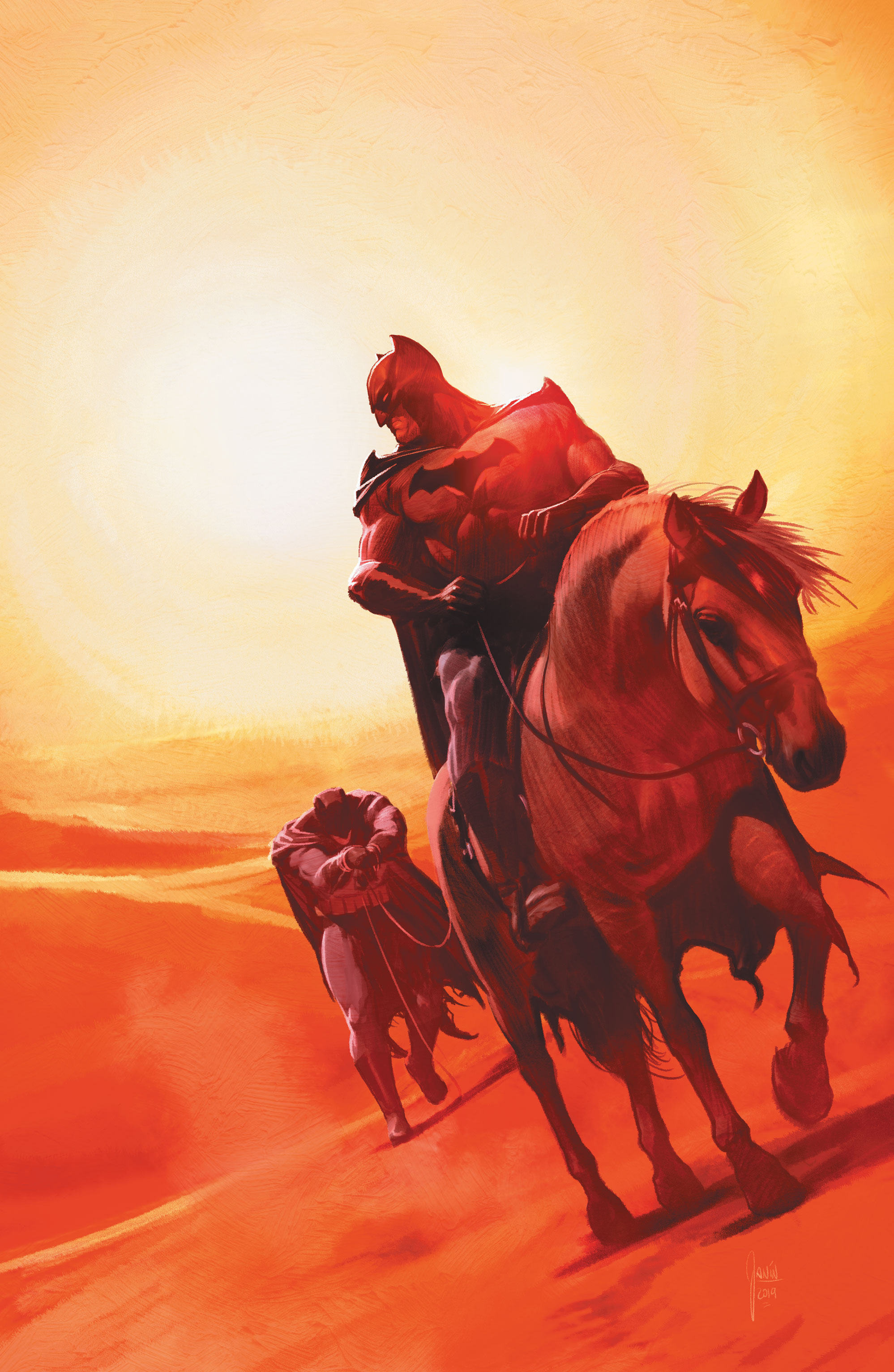 King Beats a Dead Horse with His Metaphors

Not to say this issue is perfect. There are either unresolved threads or annoying writing tics that King has. Like, it’s odd that after defeating Batman last issue, Bane would just hand him over. Also, what was the point of Bane breaking Batman’s back again just for it to get fixed again here? It’s completely pointless from a narrative standpoint.

Additionally, King insists that Thomas repeatedly sing Home on the Range throughout the comic. I understand that he’s using the lyrics as a metaphor for wandering in search of something, but it’s used a lot. While it may be fine for him to sing it once, four times is too much. Singing the song while fighting ninjas seriously undercuts any tension in the action. At this point, King’s metaphoric use becomes blaringly explicit. We get it, there’s no need to repeat yourself so much.

Batman #73 gave us a quiet but subtle story with Thomas Wayne. It works because of the interactions and the stark difference from the last issue. Even though this issue is hampered slightly by King’s writer tics, the overall experience is a great character piece.