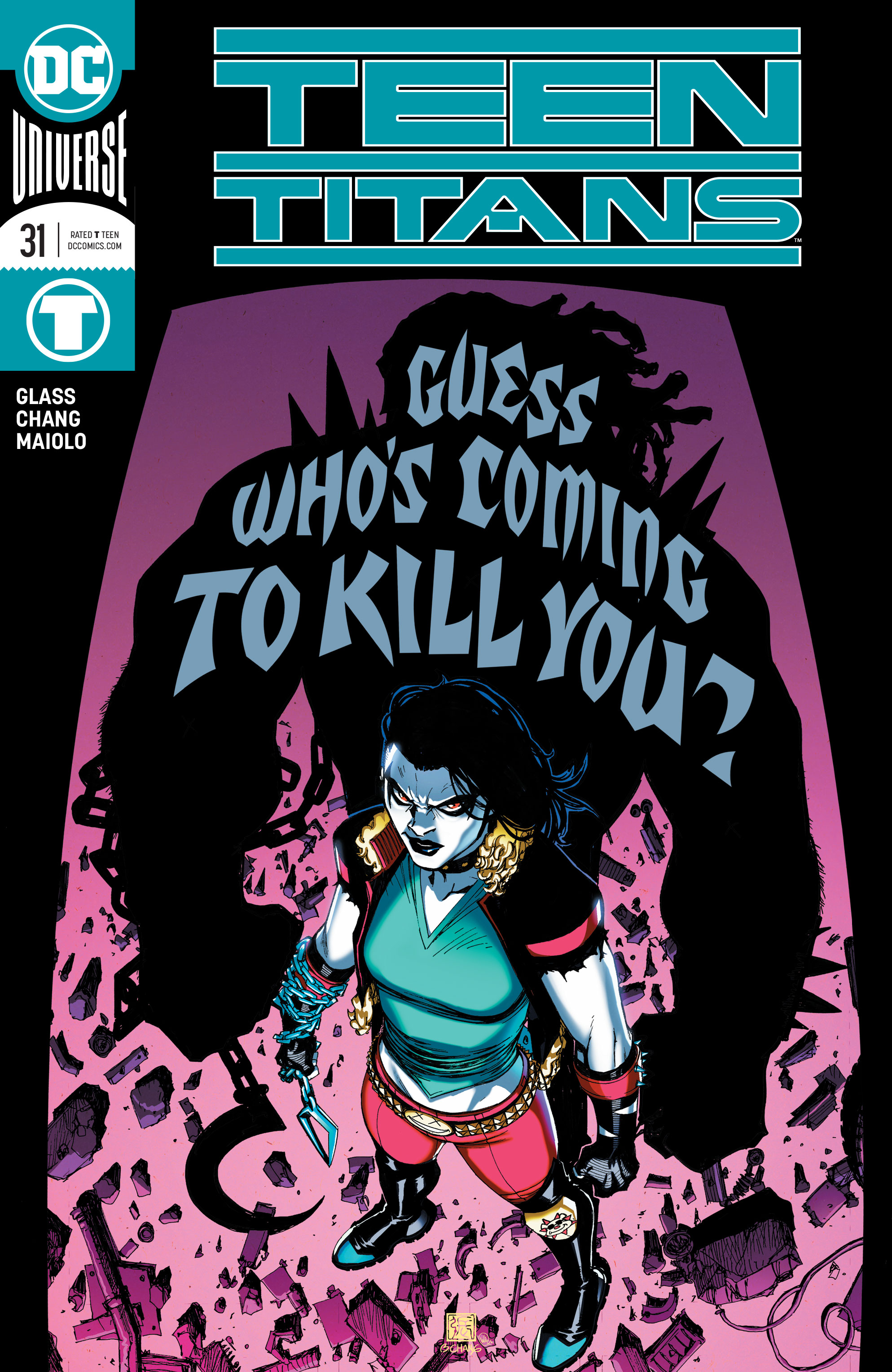 Teen Titans #31 follows on from the epic arc involving Deathstroke, Adam Glass has set himself the somewhat impossible challenge of how do you go bigger, get more challenging, deliver more excitement, and also weave in the underlying issue amongst the team, following the revelation of Robin’s underground prison? Well the answer is… Lobo! He’s got all the ruthlessness required, as well as an element of uncertainty that make him the ideal bad guy.

Guess Who’s Coming To Kill You?

The issue starts of with a clever nod to Lobo’s backstory, but without going to far into his history. It establishes the basics for anyone that isn’t familiar with the character too. He’s the last of his kind, he’s a bounty hunter and he enjoys the work a little too much.

As back-stories go, that’s probably the right amount of knowledge for this type of character, and it’s refreshing to see a him not have yet another issue just dedicated to his long DC history. Fans of Lobo will enjoy this issue, whilst newbies will get introduced to a very interesting character. 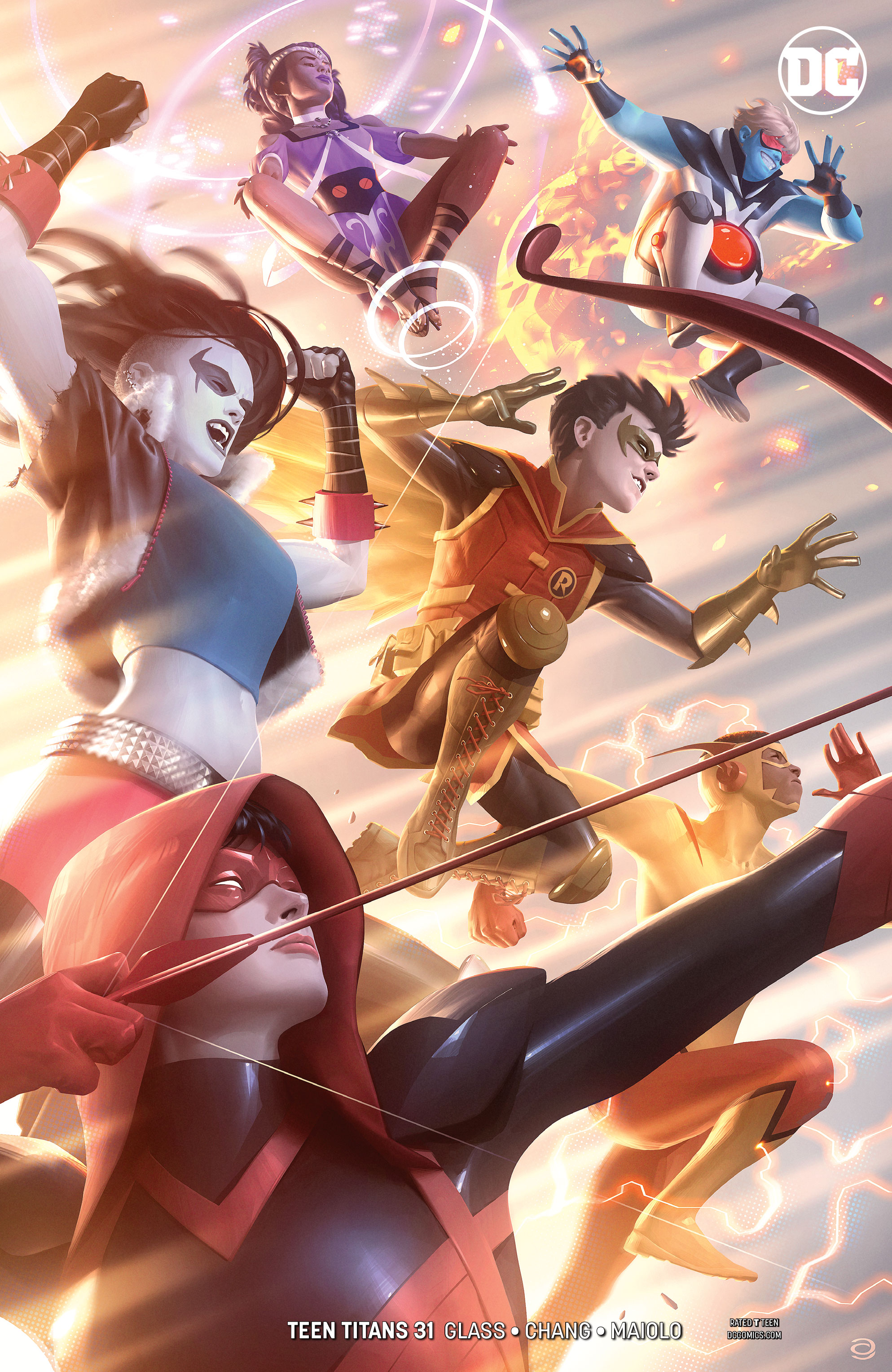 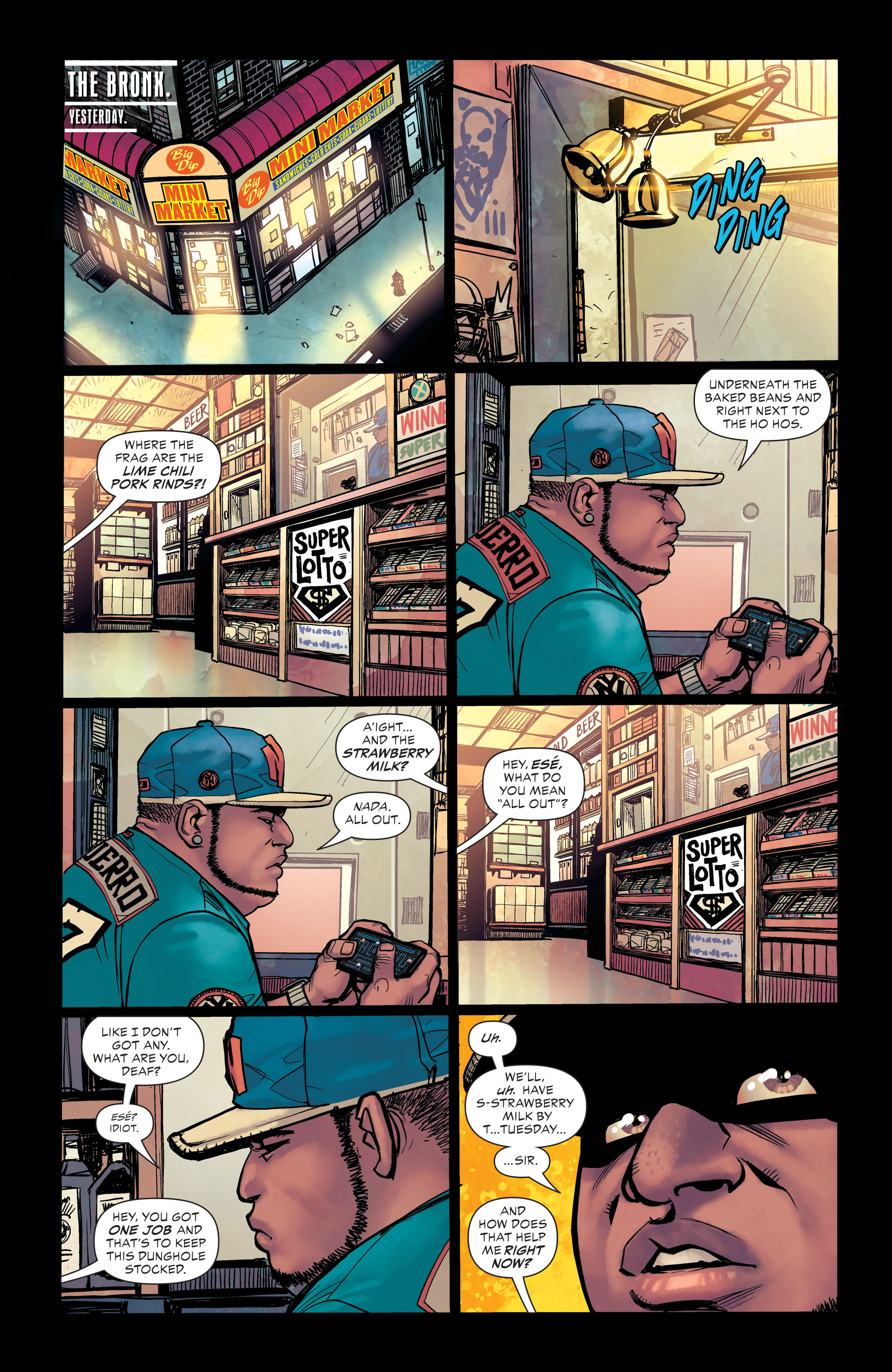 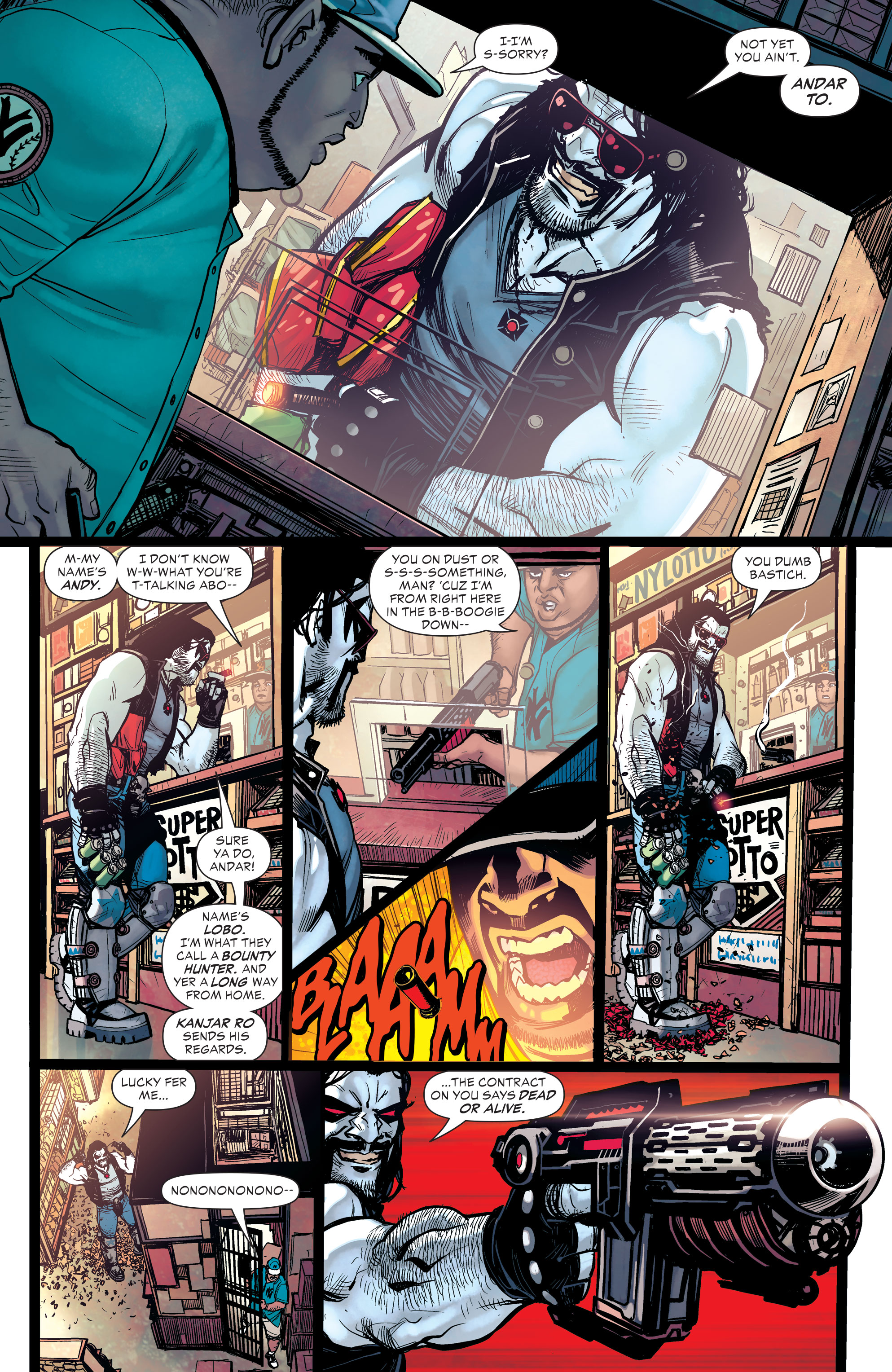 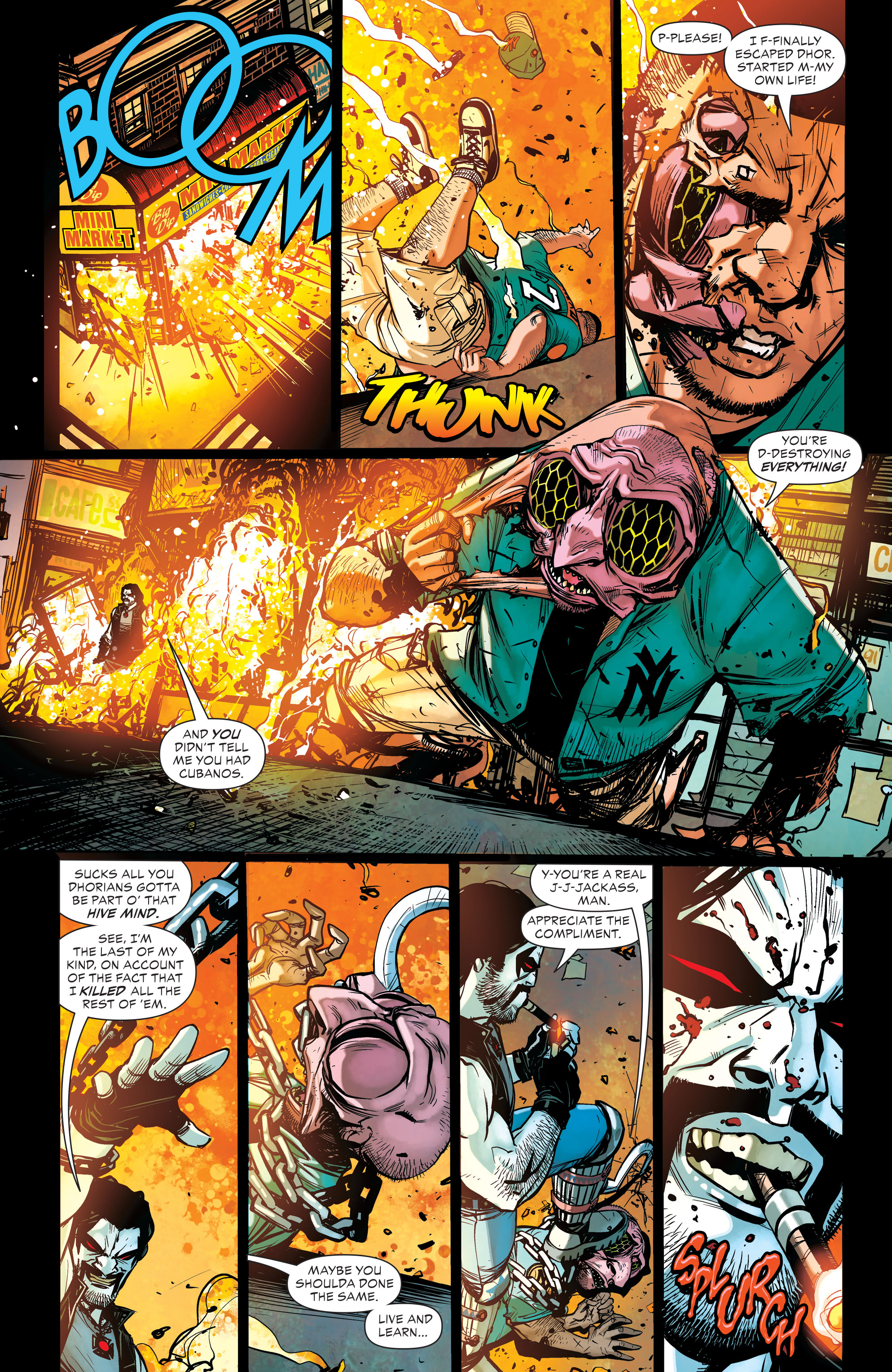 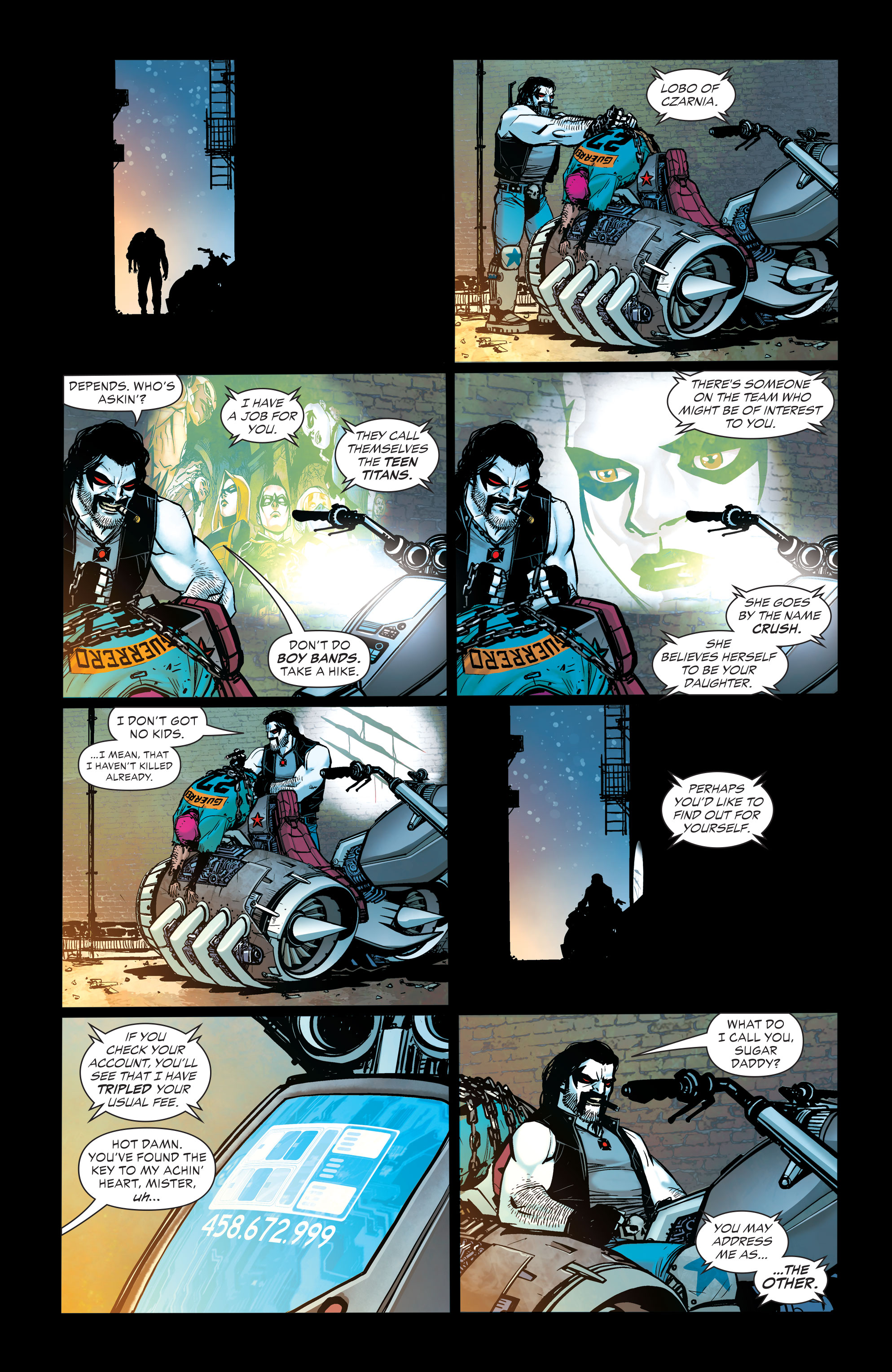 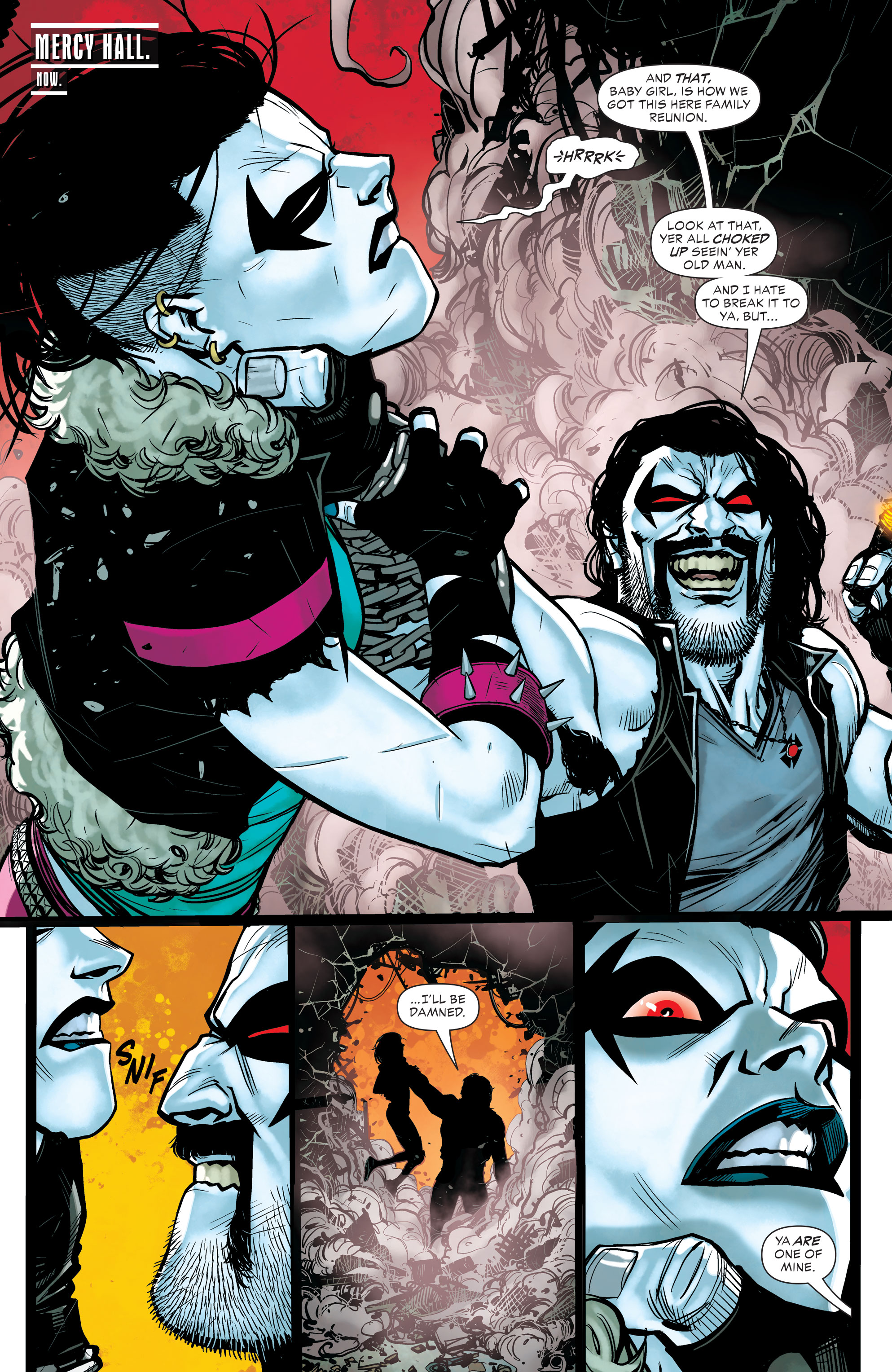 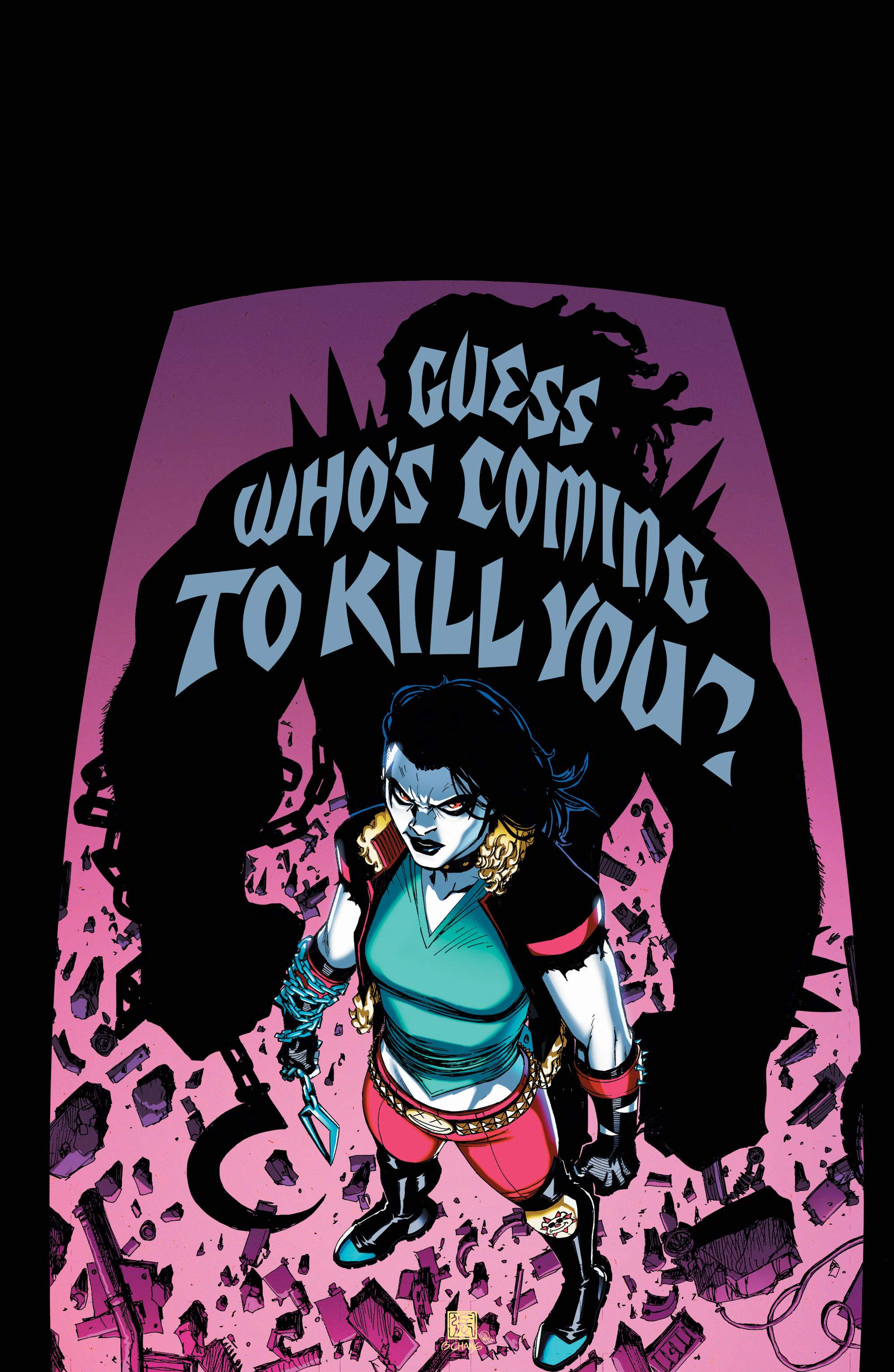 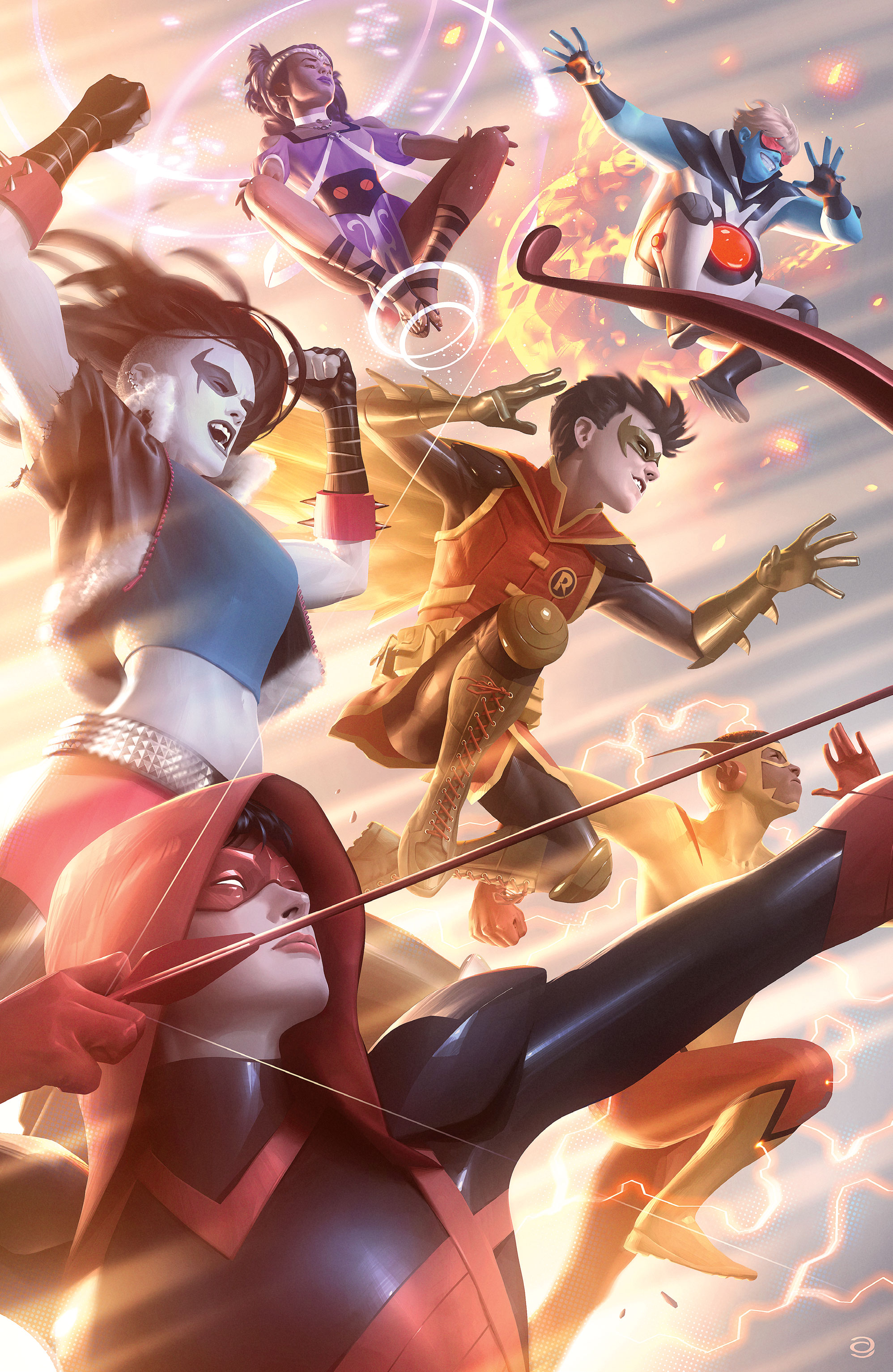 Following the brief but very important introduction we head off to Mercy Hall, just in time for the family reunion. Lobo is Crush’s Father, but this isn’t the happy reunion you’d expect. The Main Man does not like his children… he murders them. Why? I have no idea in all honesty. Misplaced pride in being the last of his race? He’s just a psychopath? This particular element of his personality led to an interesting conversation with our editor, Steve. Why do people actually like Lobo? Let us know in the comments, as I’d genuinely like to hear what people’s thoughts are on this.

Anyway, the reunion does not go well. As the team come to the rescue of Crush, we get to see just how big a challenge Adam has set, not only himself but the Teen Titans. Lobo may actually be scarier than Deathstroke; he’s got the answers but he’s far more ruthless and powerful.

Adam Glass has created the perfect follow up to what I thought was a great arc. The team are still reeling from Deathstroke and the prison is still causing a deep rooted mistrust within the team. Throw in Lobo and you have the dysfunctional family element, not only between him and Crush, but amongst the team itself – which is really just a different type of dysfunctional family.

My only concern is that I think the team may not survive this one emotionally. They’re going to have dig deep and re-establish some trust if they have chance against Lobo. All in all I loved Teen Titans #31. It had great writing and brilliantly art from Bernard Chang and Marcelo Maiolo. This great creative team has given us another winner.