“All the Way Down” 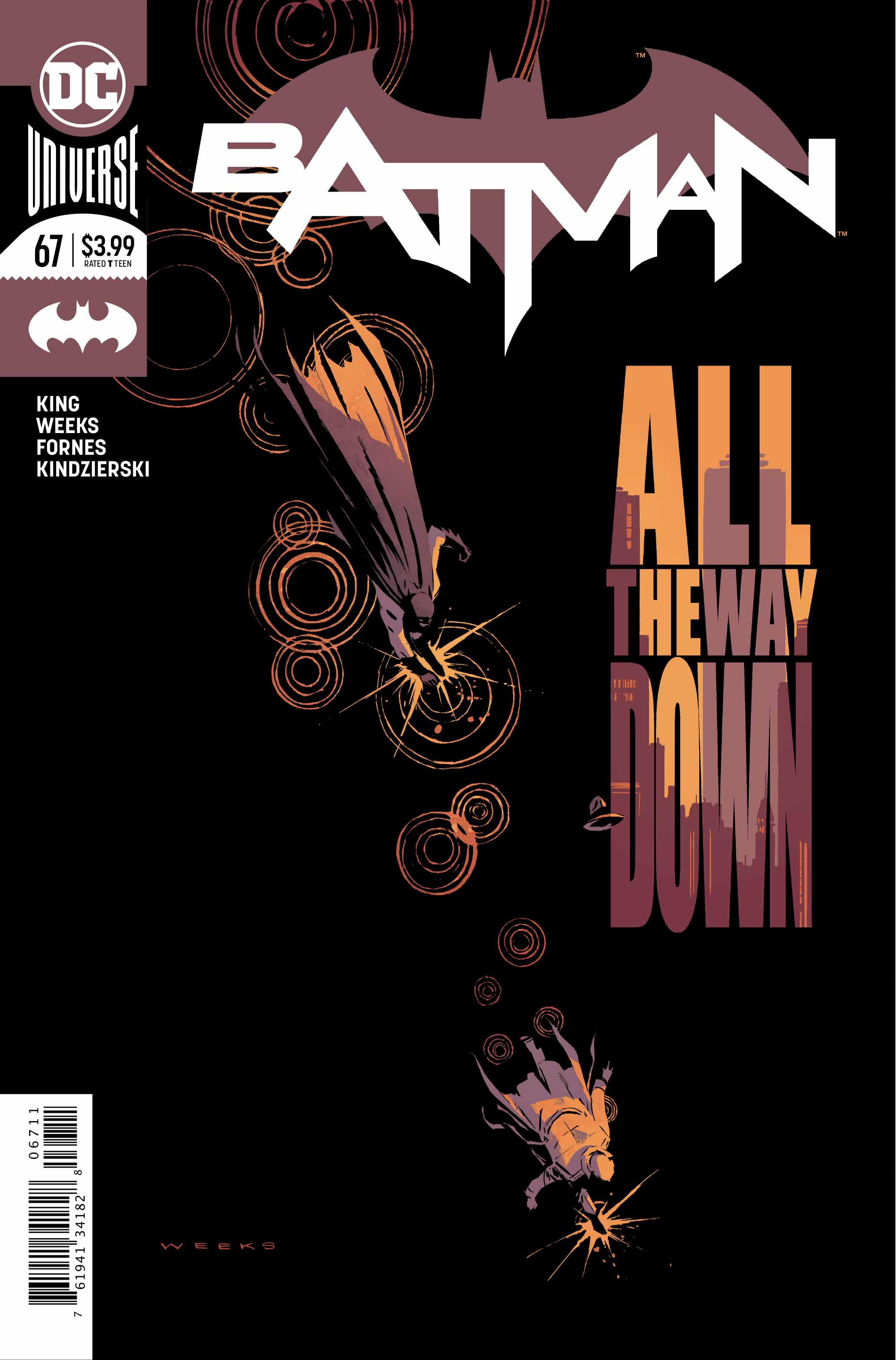 Writer Tom King creates another “Knightmare” storyline chapter that proves to be both a fun, breezy read, while simultaneously being frustrating.

This comic is divisive. On the one hand, if one reads it as an individual piece, it’s fine. Taken in the context of the “Knightmares” arc, however, I found it wearisome.

When looking back, this is probably the part of the “Knightmares” arc where the premise is starting to drag. No offence to King, but this is the fifth instalment of the storyline. Initially, it was clever to see a string of one-shots that are only thematically related, but now the concept is wearing thin. We only have a barest idea of what is happening to Batman. What is worse, there has been no real plot progression between these stories.

To be completely fair, this issue was still pretty decent – though it is noticeably weaker than its predecessors. Despite a simple plot, it is very well-staged. This seems to be a collaboration between King and artists Lee Weeks and Jorge Fornes. It’s dynamic, fluid and easy to read. King wisely chose to neglect dialogue for the majority of the issue in favor of only images and sound effects. It makes it highly effective and fun to read. 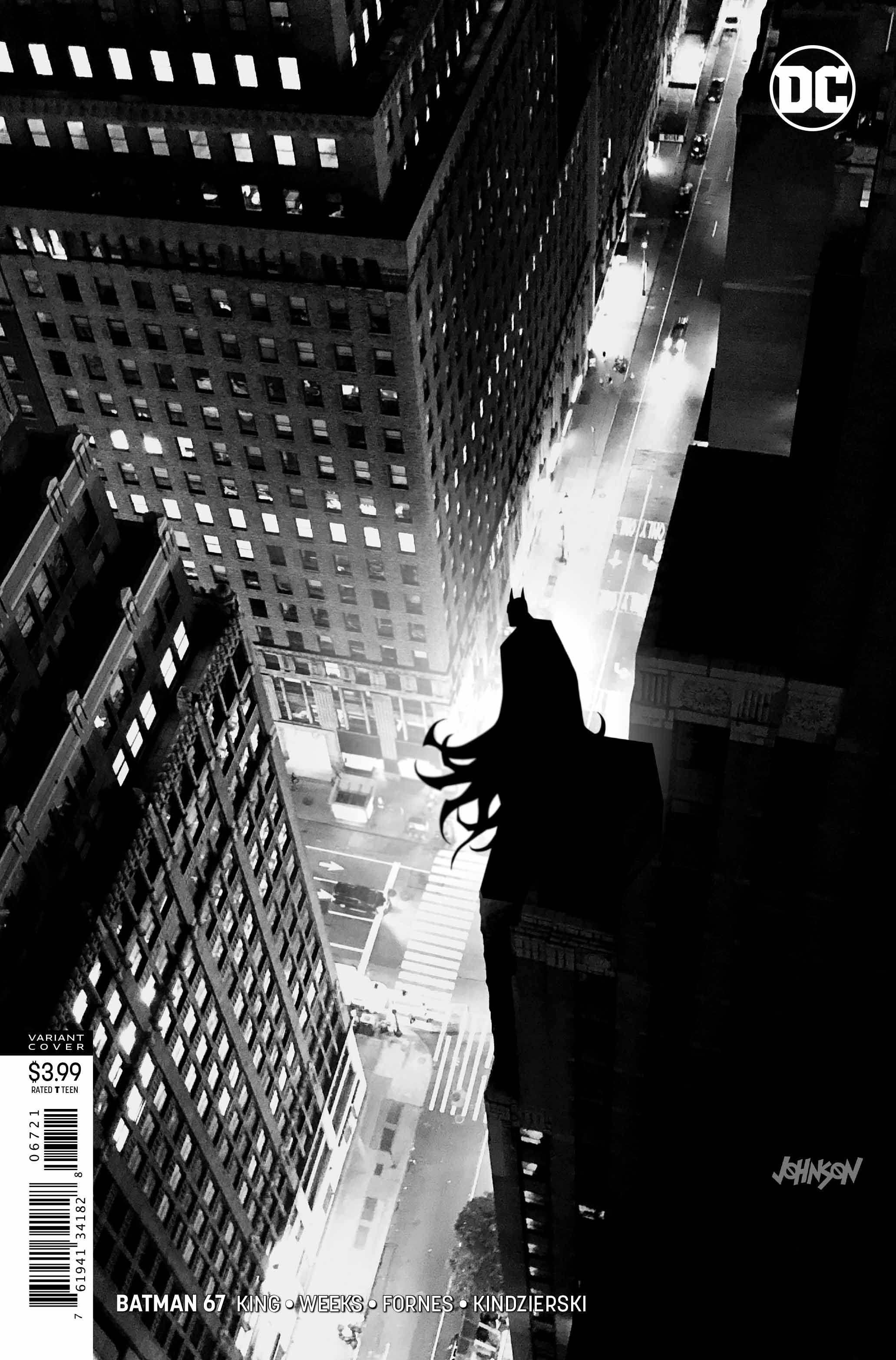 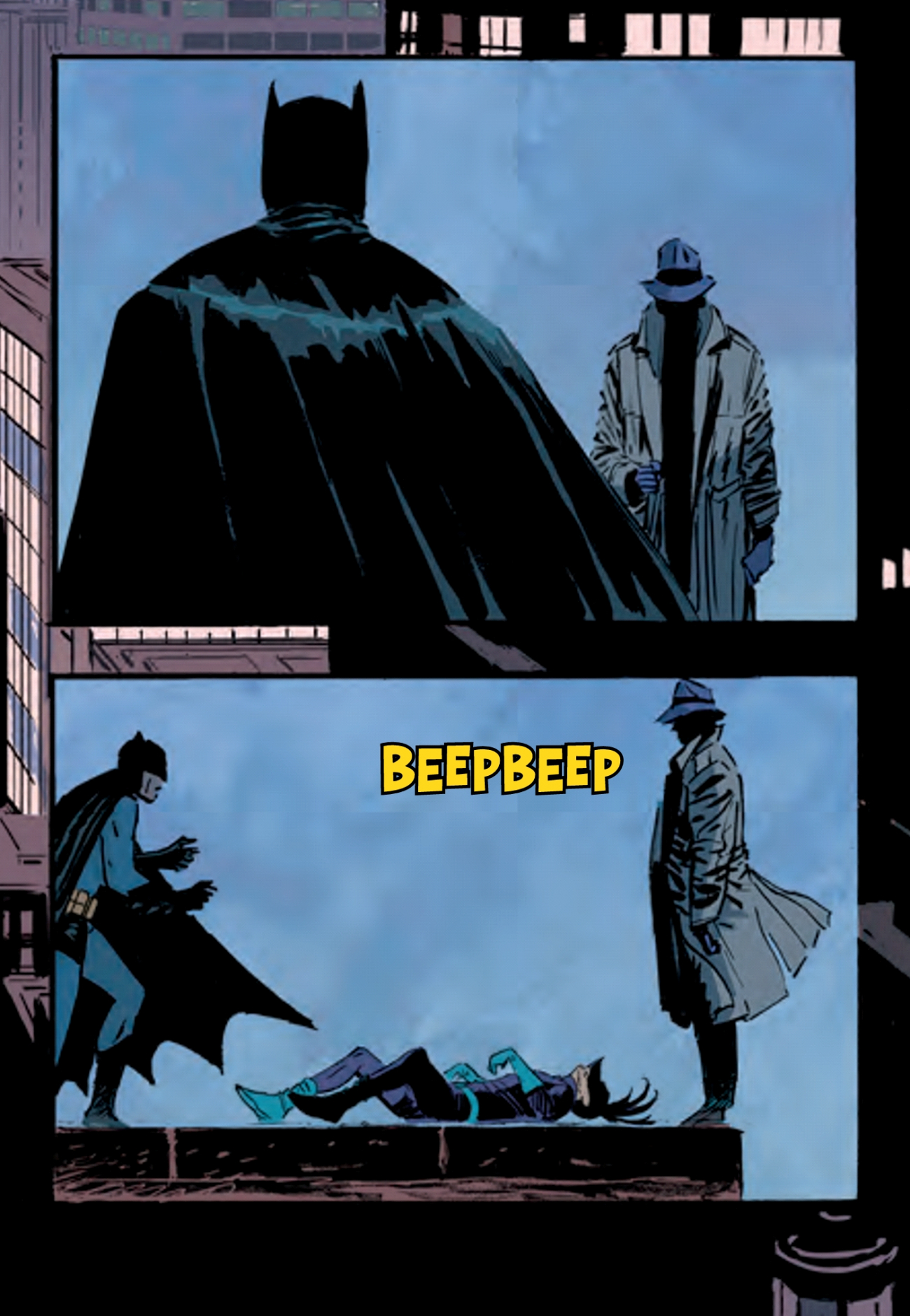 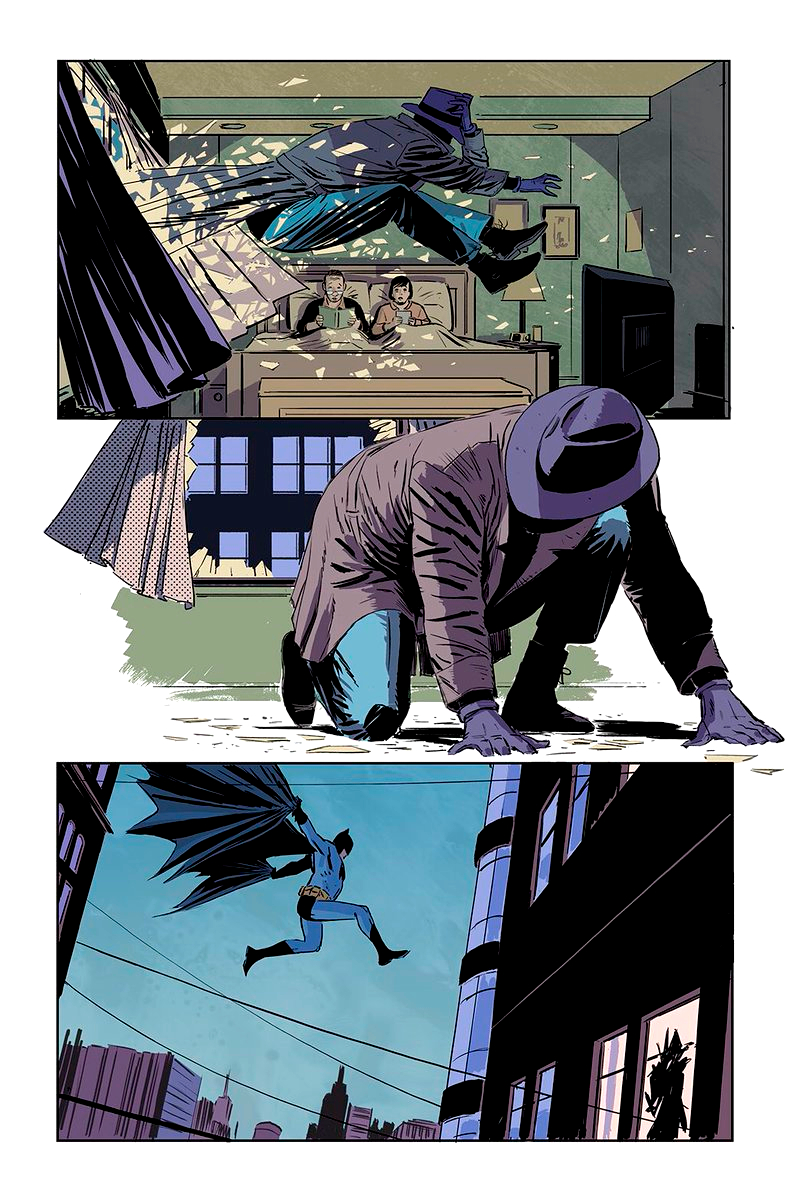 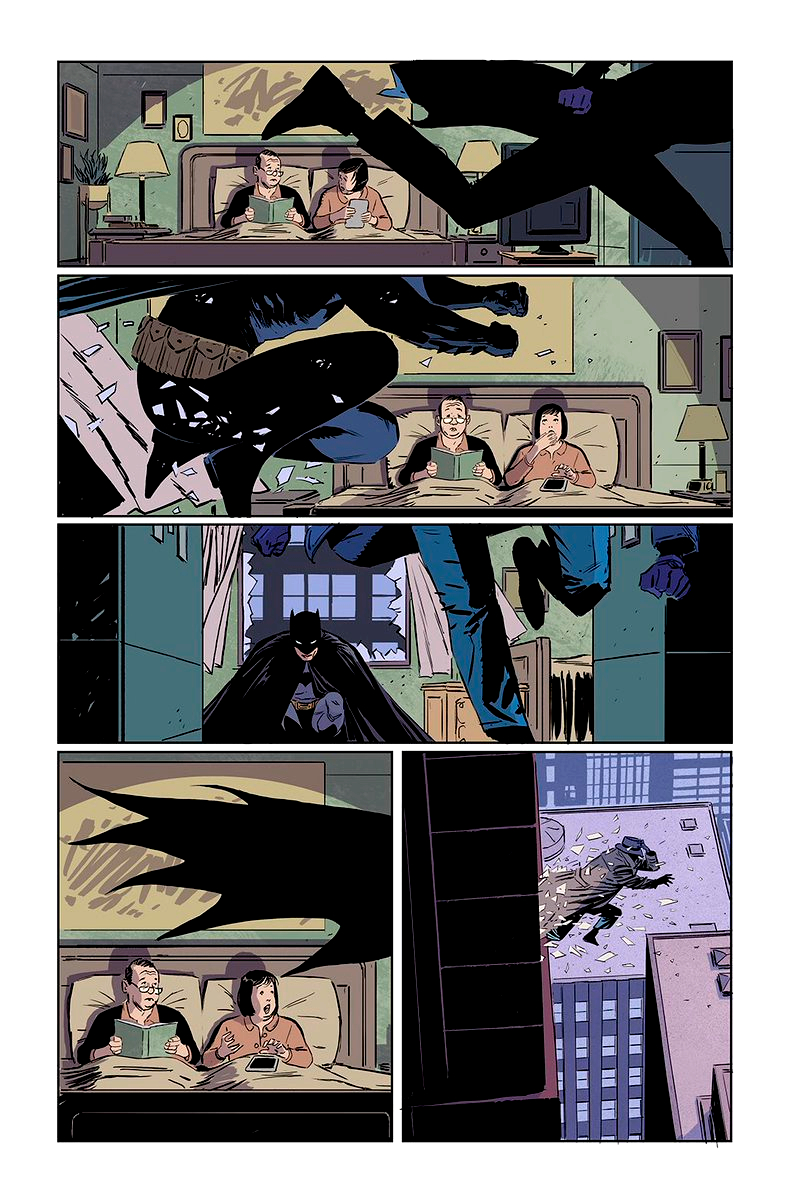 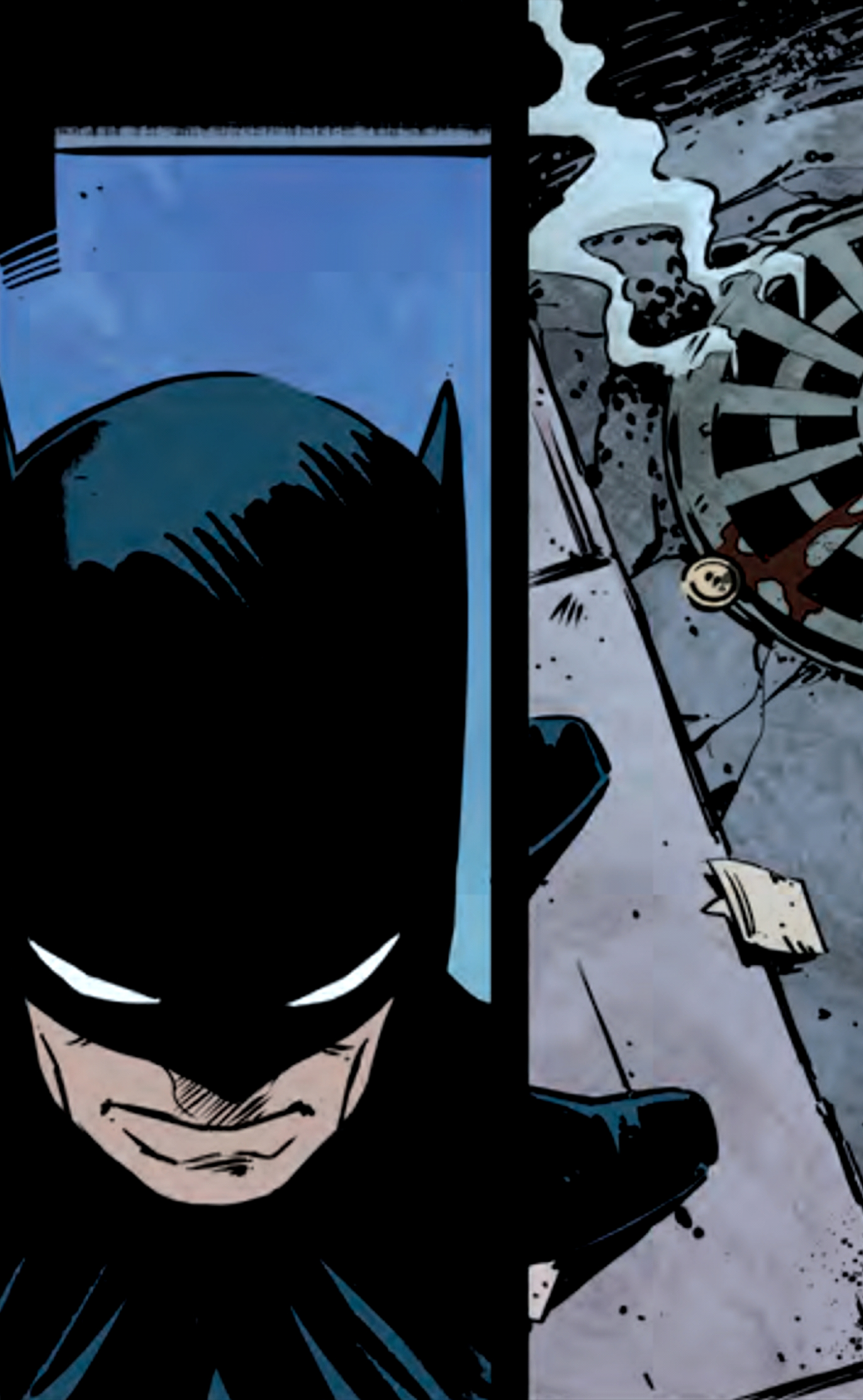 A special shout-out also goes out to the editor James Rich. Presumably, Rich was able to pair Weeks and Fornes together for the issue, making the visual experience seamless. I honestly did not even realize the artists changed mid-way through the comic until my second read.

Another fun addition to the comic is the inclusion of Porky Pig and Wile E. Coyote in human form. This makes this issue a sequel to his Batman/ Elmer Fudd Special. While this is a cool easter egg, the characters and names do not serve the story at all. In fact, it makes it a little weirder. Why would Batman hallucinate a nightmare with Porky Pig and Wile E. Coyote? Their presence seems better served in another comic that does not deal with Batman’s worst nightmares.

In fact, when one thinks about it, the whole issue being a chase scene is a waste of narrative story space. Instead of gaining a clearer understanding of the stakes that Batman is in, we see a drawn-out chase scene. It is cool that King is experimenting with the storytelling format, but since this is a part of “Knightmares” ongoing arc, it is more annoying than interesting. Readers need answers and plot progression, not a 20-page chase sequence.

Perhaps all of these annoyances can be forgiven if the final twist was big and shocking. The twist is that another character from Batman’s life appears to him suddenly. This is the same kind of twist ending that Tom King gave us Batman #62. Unfortunately, the twist is not nearly as effective here as it is was there. The symbolism is too opaque and I find myself scratching my head as to what it actually means.

This latest part of “Knightmare” is a fun, light chapter with amazing art and action staging. However, due to a confusing ending and a well-worn premise, this issue also feels very thin and ultimately unimportant.