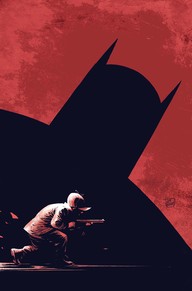 On a mission to track down the killer of his “Wittle Cwoud”, Elmer Fudd is far from ACME world and instead is roaming the streets of the dark and grimy Gotham City. His hunt takes him inside Porky’s, a hot spot for Looney Tunes characters who have taken a dark turn in their life. Ultimately, “Bugs” informs him that yes, he pulled the trigger, but he was instructed to do so by Gotham’s favorite son, Bruce Wayne. That accusation takes Fudd to Wayne Manor, back to his slummy apartment, and back to Porky’s. Twists and turns abound with a surprising ending that will also put a smile on your face.

There is no reason Batman/Elmer Fudd #1 should be this good. Really. Tom King has drafted a phenomenal issue that is an awesome noir/elseworlds/Batman story. It has every element you’d want from a Batman comic, and just so happens to feature an alternate take on those crazy cartoon characters. His strength is in making this a 100% noir story. We are instantly set up with a mystery that takes us to different locations, slowly peeling back different layers of the mystery. Each visit adds to the story with an unexpected revelation. Sounds basic, right?

Except between everything, King has added tons of fun details. First, is that Fudd’s narration is adding w’s everywhere, which only enhanced the issue for this reader (could you not hear Fudd in your head saying “cwoud”, “wabbits”, and “pway”?). Not to mention, we see other members of the Looney Tunes inside Porky’s, with perfect dialogue and dirty suggestions (I’m looking at you Tweety). Another nugget I appreciated seeing was Fudd is a fan of Detective Comics #27 (go back to the pages inside his apartment, you’ll see what I’m talking about). 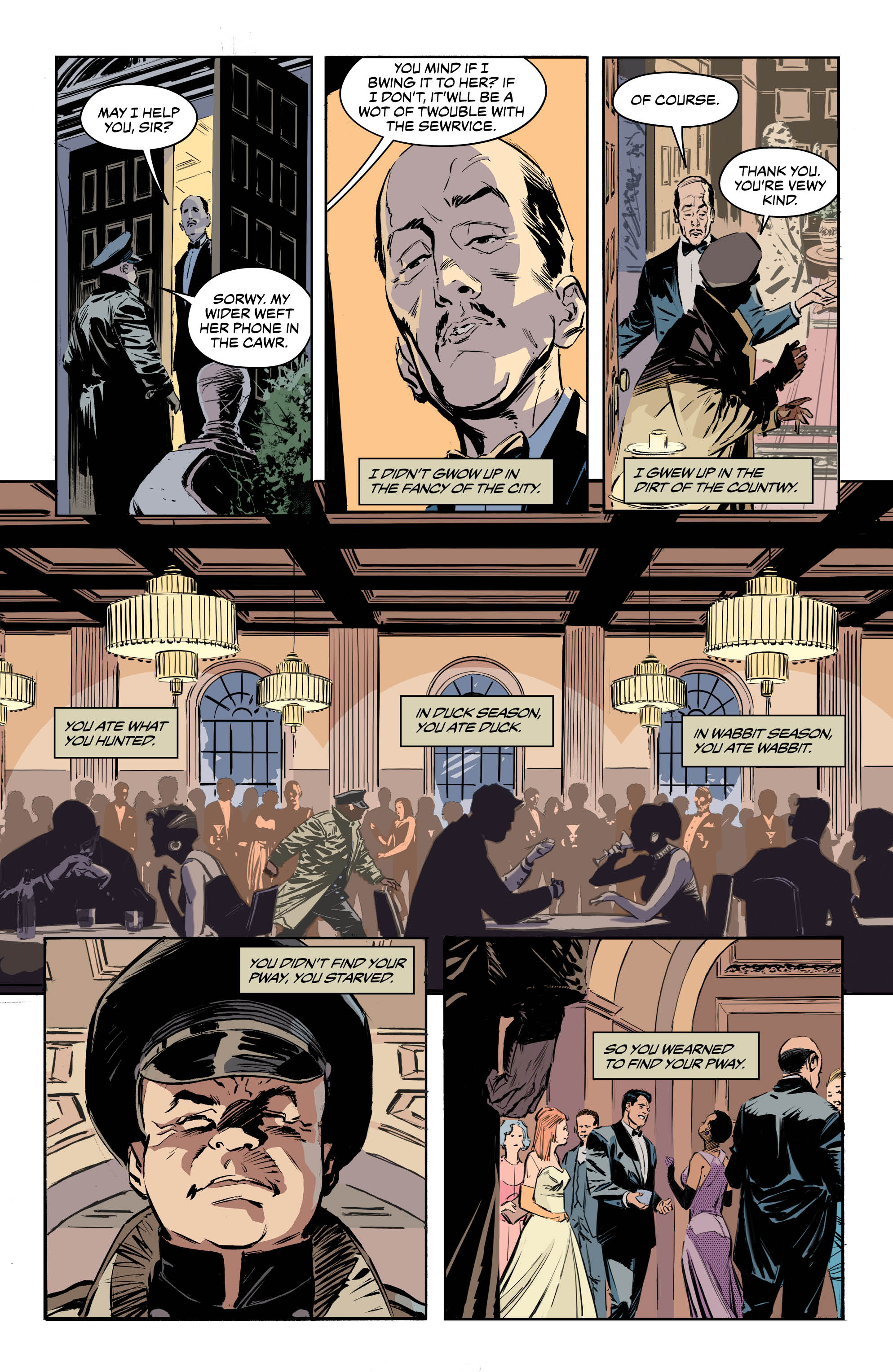 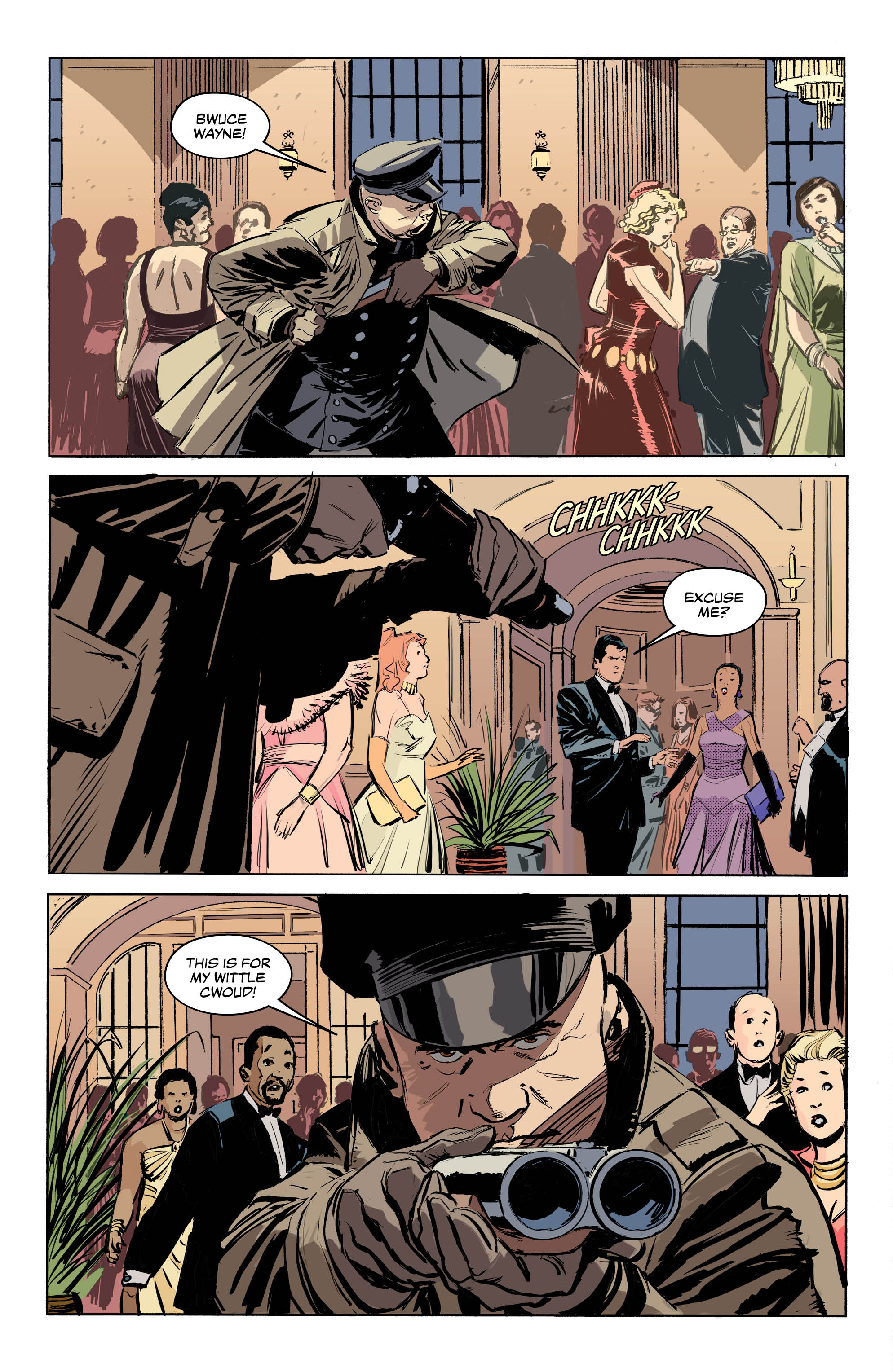 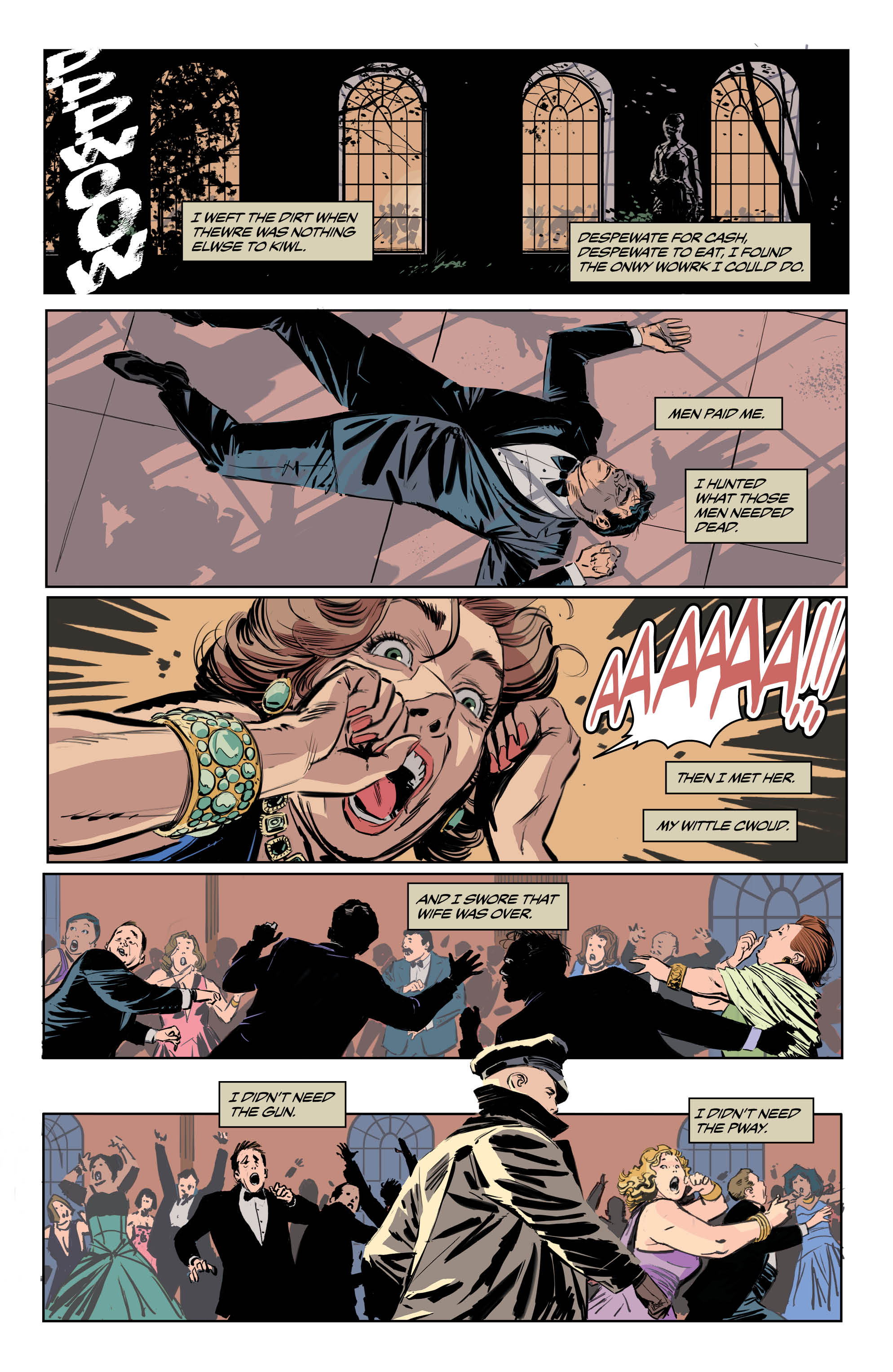 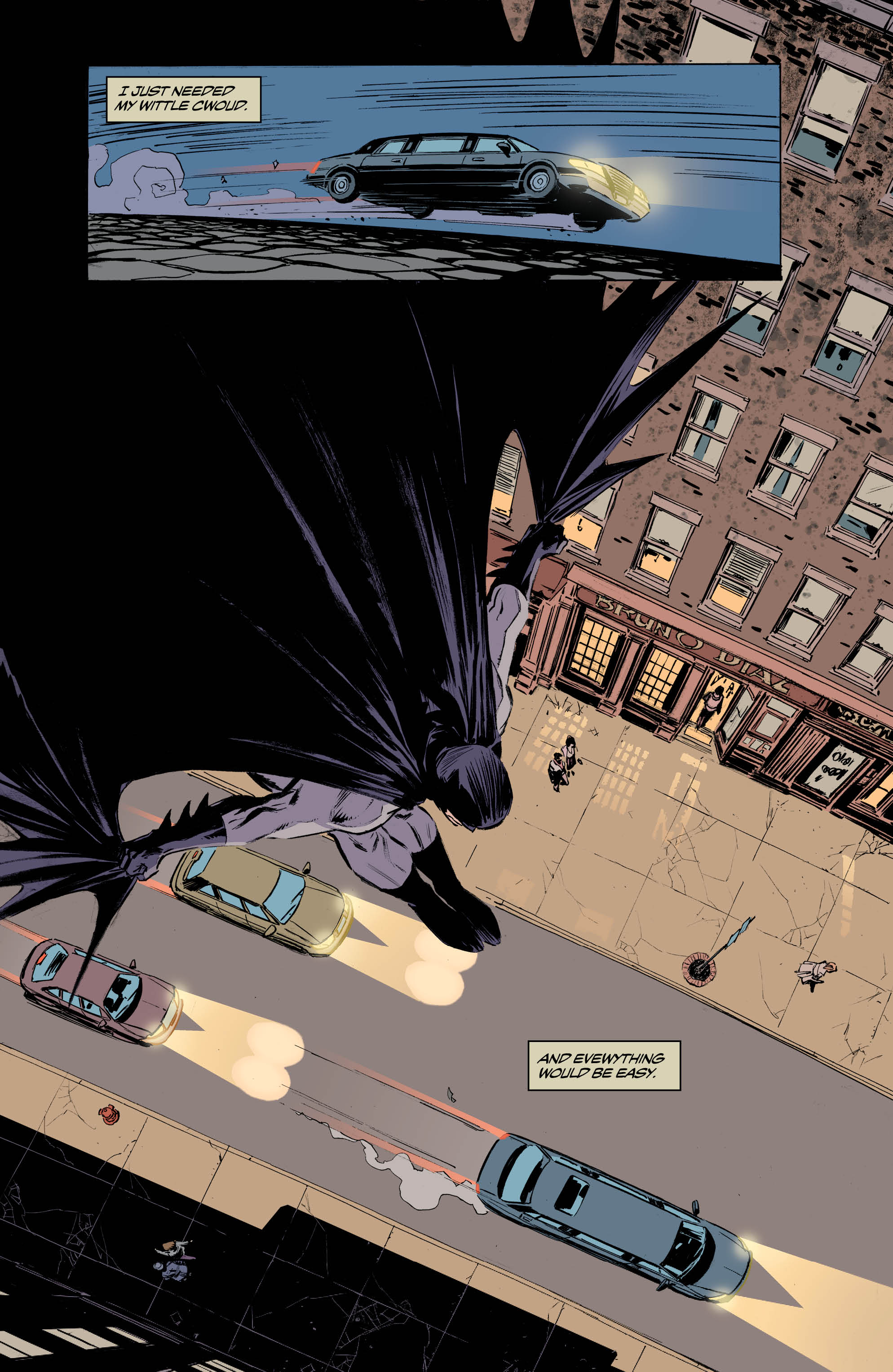 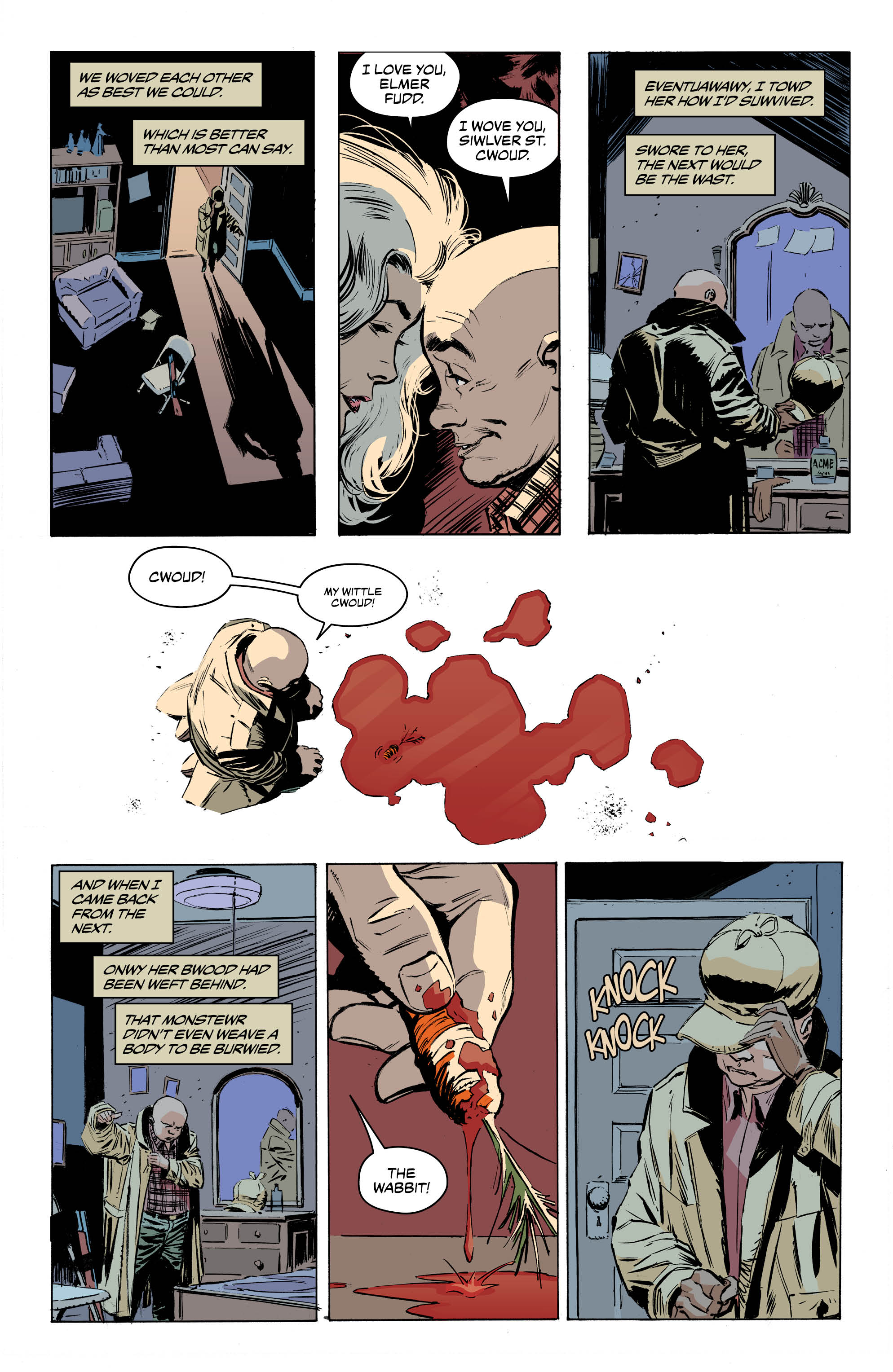 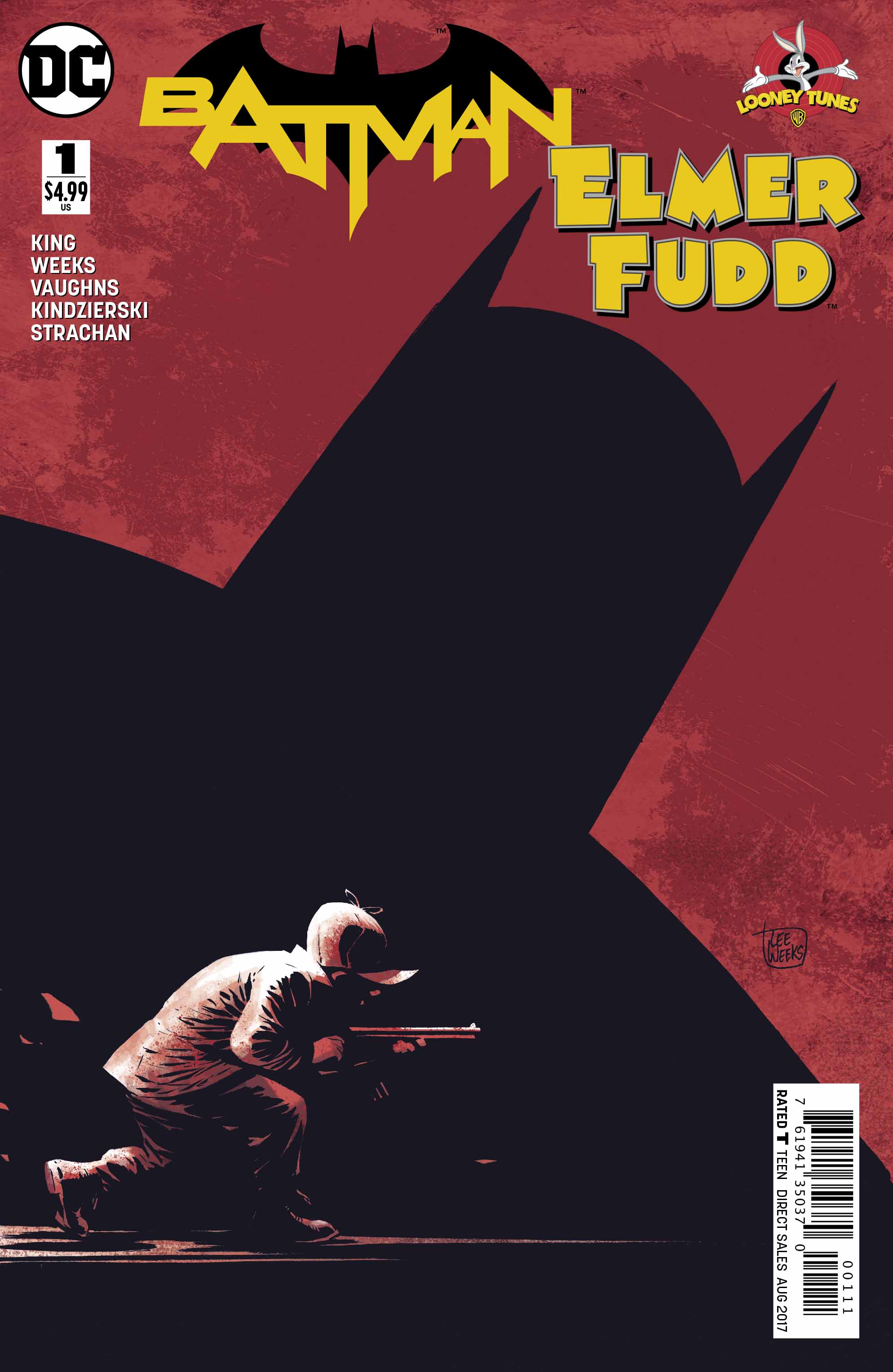 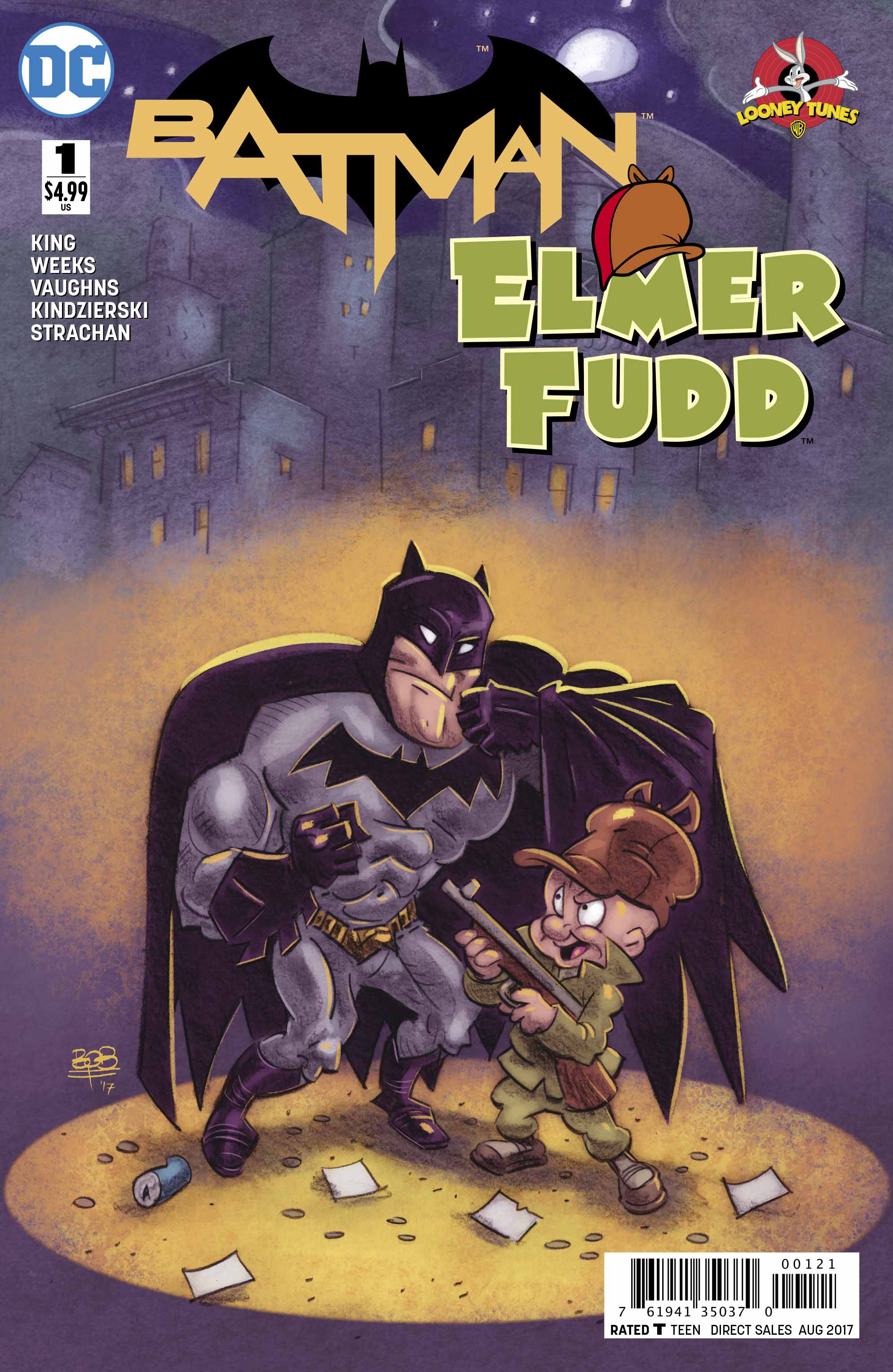 The art is also extremely well done here, and suits the story perfectly. Lee Weeks sets the mood with sketchy, yet detailed, locations that help establish the mood of the story. His designs of the characters are also interesting and original. Porky may have been my favorite, due to the fact that he fits in the story well, but instantly is recognizable as the famous pig. How Weeks did it, I’ll never know.

The backup story is just as fun as the main one. Drawn by Byron Vaughns, it’s much more classic Looney Tunes and, much like the other crossover issues this month, takes place in a totally animated world. Here, we get the classic Bugs Bunny/Elmer Fudd “wabbit season” story. Except there’s no Daffy Duck, and Batman is inserted in his place. Sure, the Dark Knight seems out of character her by falling for Bugs’ shenanigans, but it works. And it’s a blast. The final page is hilarious and had me wanting this to turn into a new series.

Overall, Tom King has delivered an exceptional story in Batman/Elmer Fudd #1. I had so much fun with this issue. Unique, mysterious and exciting, the book blends Gotham City with the Looney Tunes world in a noir style that should please any fan of comic books. It’s Batman season. Shhhhh.