The cross show events from the CW are always worth looking forward to and have become staples of comic book and TV culture. Many fans consider these shows to be some of the best quality adaptations of DC’s favorite heroes. It’s easy for some critics to say that Green Arrow was never meant to be that brooding, but this is compensating for a world with no Batman.

The shows have evolved since then, and boast a huge cast, spanning four series, and multiple dimensions. We’ve been expecting these crossover episodes to only grow in quality since the first. Batman fans can expect Elseworlds to be the CW’s best, with a welcome member of the Bat Family finally joining the line up. 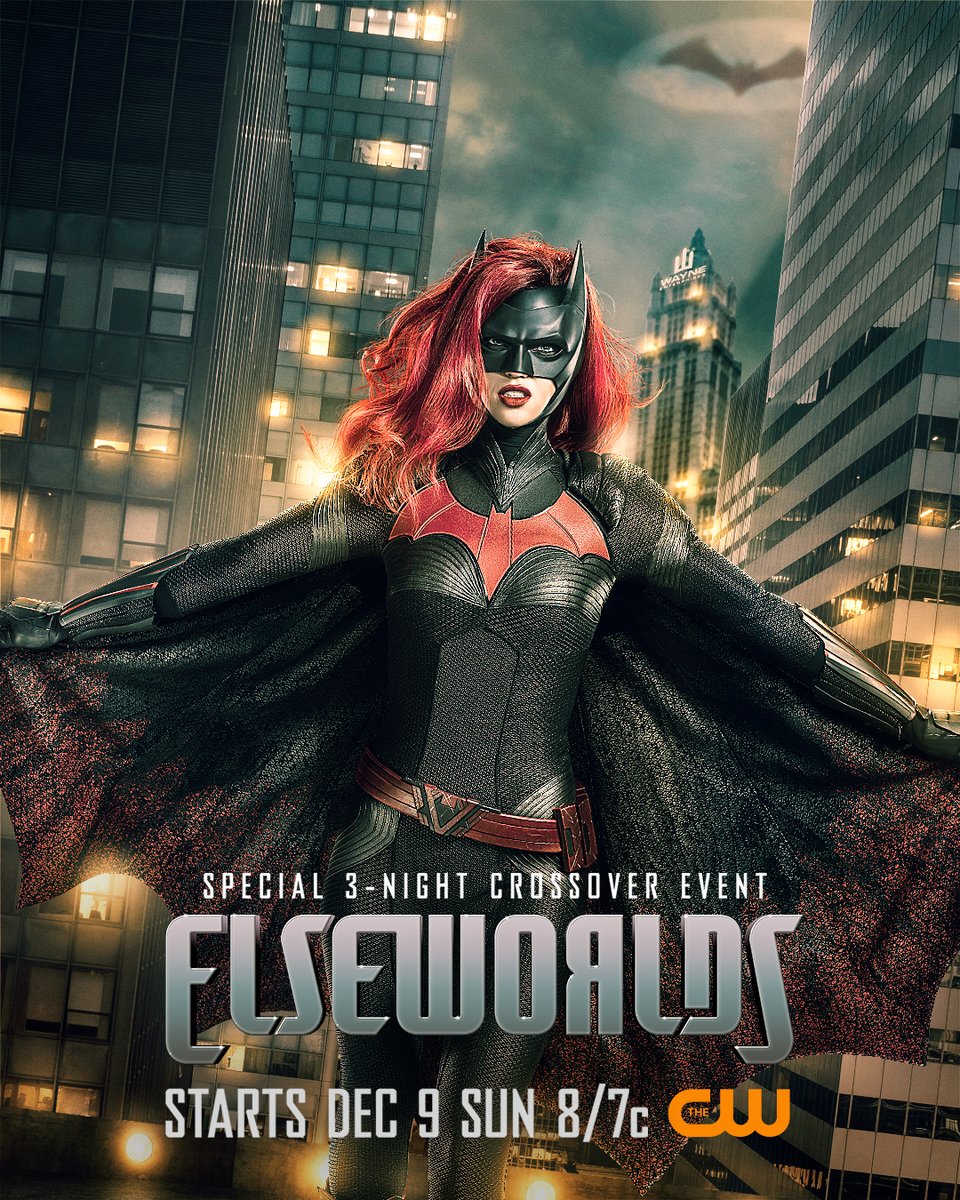 The eagle-eyed will remember this as the earliest previewed image of Ruby Rose’s Batwoman. The fine designers at The CW made this her exclusive poster. It’s still a testament to the designers. Her look is completely comics accurate. Some television and film productions, other than the CW, have had trouble in the past getting truly comic-book accurate characters to screen. Seeing her done such justice, and on her own poster is exciting. Batwoman receiving the solo treatment, advertising her place in the Elseworlds, hopefully means her role will be both huge and crucial. We have much to be excited about going into this big event.

Some can say that there’s one clear center to how the characters mingle in the DC Universe: the relationship between Batman and Superman. At the helm of the Justice League, they can save the universe; at odds, worlds shake. This TV universe sees Superman playing a role, but Batman is nowhere to be seen (so far). What might set the tone for this DC TV universe is the relationship between Supergirl and Batwoman.

Their scenes are really nice because of their similarities. Kate Kane is Bruce Wayne’s cousin and all these things, so they really relate on a lot of levels that I don’t think Kara’s found yet in another female superhero. There’s a really deep understanding from the get-go between the two of them.

This crossover is exciting a new side of the DC fan base with the simple presence of the Bats. Check out the latest trailer and tune into the first part of the crossover on this weekend.