This is it, Gotham fans. We will be bidding a fond farewell to Gotham‘s strange and even twisted origins of our favorite superhero, his allies, and his rogues.

As of now, season 5 has the tremendous task of wrapping plot points and transforming these characters into the characters that we’ve known and loved for years. While we won’t get all the answers until the season airs next year, we got at least a couple today.

Gotham held its first panel for season 5 at NYCC, where three massive announcements were made.

First off, the panel confirmed that Bane will appear in season 5 and his name is Eduardo Dorrance. Dorrance served with Jim Gordon in the military and was brought into Gotham to help Gordon bring the city to order. However, as is often the case, Dorrance has his own dark agenda for the city.

Shane West of ER and Nikita fame was tapped to play Eduardo Dorrance back in September. At the time, it was announced that he will play a villainous role that most of everyone suspected to be either Bane or King Snake, but this panel has now confirmed that he is in fact Bane. 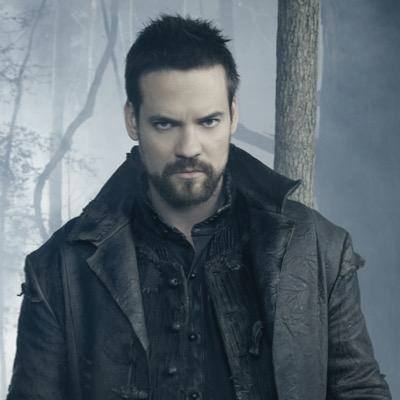 I personally have never seen the actor’s work, so I can’t comment on whether this is a good casting choice or not. If he can be as intimidating as the photo above, then I’d say he’s a good choice.

News first surfaced in August that producers were looking for a man to play Eduardo Dorrance and along with an episode title making a reference to Pena Duro, it’s been pretty clear that Bane would have some sort of role in the series. While Bane never had a name in the comic books, his father was known as Edmund Dorrance. Initially, it seemed to me that given Edmund’s background as a military veteran, I figured that Edmund Dorrance would simply become Bane rather father the infamous rogue. However, TVLine has confirmed that Eduardo is the son of Edmund.

Also, due to the age of proto-Batman, it seems Bane will be breaking Alfred’s back rather than Bruce’s. I guess it would be kinda strange if a grown man decided to cripple a teenager. However, they’ve done some pretty terrible things to Bruce in the show, so breaking his back probably wouldn’t be that bad.

Batman will appear… after a time skip

There have been reports earlier this week that Gotham will feature some sort of a time skip. While the 3-month time skip between Season 4 and 5 made perfect sense, 391 days was underestimating the writers. No, in order for us to see the Dark Knight, the series finale will feature a 10-year jump giving fans the opportunity to actually see Batman. According to Deadline, a decade into the future, “Season 5 will see Bruce Wayne have his first real-life encounter with a large swarm of bats and in turn, we will be treated to seeing Batman for the first time in the series finale.”

Back in 2014, executive producer, Bruno Heller made his feelings known and made it clear that we would NOT be seeing Batman on the screen in the series at all. The EP didn’t seem too fond of superheroes overall, so it’s a bit strange that they’re doing exactly what Heller said that they wouldn’t. Perhaps he had a change of heart… either that, or network executives simply overruled him for the fans. Fans are awesome.

And lastly, we finally have footage of season 5. The panel released the first teaser, which promptly appeared online. The first two and a half minutes is a sizzle reel, recapping the events of season 4. However, if you’re caught up, skip to the 2:33 mark and you’ll see the new footage.

As expected, we’re seeing a Mad Max-esque post-apocalyptic Gotham. The streets are full of different factions attempting to survive. The last remnants of the police force are barricaded behind an iron barrier, trying to keep order. It’s sad we didn’t see our friends, the bird aficionados.

Unfortunately, the premiere date of Gotham Season 5 was not announced, but expect at some point in 2019 on Fox.

Is A Character From The Past Returning to ‘Gotham’?