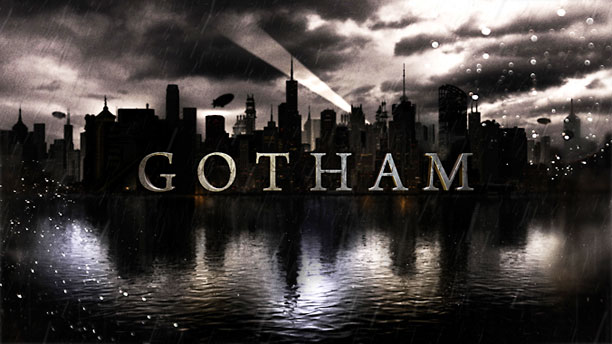 Recently, the trailer for the newest live-action DC project, Gotham, hit the airwaves and Internet. The trailer is overall decent and definitely piques my interest enough for me to take a look when the series starts airing. I was a little nervous about the project when an alleged copy of the first draft of the pilot surfaced. The details revealed therein were not pleasant. Thankfully, the trailer has laid some of my concerns to rest… until this interview popped up.

Bruno Heller, known for creating such shows as The Mentalist and Rome, was in charge of bringing this series to fruition. EW sat down with the showrunner and executive producer to discuss some burning questions regarding his take on the characters and some details regarding the script that they read. The entire interview is worth a read for you to gauge your own opinion and is definitely necessary since I will be selecting responses and commenting. It will likely skew your opinion.

EW: My assumption has been that the reason this TV show can be done — rights-wise — is because Batman himself is not in it. That way, it doesn’t overlap with any films. Is that correct?

HELLER: Certainly from Warner Bros. and DC’s business point of view, that’s why it can be done. For me, if they said, “Do Batman,” I would have said, “No.” I would have not been interested at all. I don’t think Batman works very well on TV — to have people behind masks. Frankly, all those superhero stories I’ve seen, I always love them until they get into the costume. And then it’s, “Oh, okay, they’ve ascended, they’ve stopped becoming humans.” It’s their apotheosis. They go to heaven and they’re Superman. There have been so many great versions of it. This is a version of something else entirely.

EW: You first show was about Roman history; your second was a Sherlock Holmes-inspired detective. I wouldn’t have pegged you for a comic-book reader. Were you a Batman fan?

HELLER: Growing up in England, we didn’t have DC and Marvel Comics until the ’80s. I was aware of Batman and that world. Gotham itself is much more a fascination for me than Batman specifically. When thinking about how to enter the DC world for TV, certainly on network TV, to do shows about superheroes — about people who wear spandex costumes — that doesn’t work very well. We want to see people’s faces. TV is about emotion and character, not stunts and special effects. This is a way of entering that world in a fresh way.

And the most obvious piece of evidence that points in the direction of misguided superhero hatred: “What happens with superheroes is they suck all the air out of the room. You can’t play a scene between two people when there’s a guy in a cape and a mask in the corner of the room.“

It’s a little disheartening to see someone who’s taking the reins of a beloved universe with this type of attitude towards its savior. For the most part, the interview reveals he’s much more interested in all the characters surrounding Batman like Jim Gordon, Harvey Bullock, and Alfred. From another perspective, maybe he’s just looking at it from a purely cinematic perspective and simply wants what he believes is best for the series.

At the very least, he’s very confident about his series, boasting such incredible, almost hyperbolic, praise when comparing the series to the Dark Knight trilogy.

EW: Likewise, some think the Christopher Nolan movies were the best version that we’ve had from the Batman universe. With those having come out so recently, does that add some pressure — that people will make unfair comparisons, especially in terms of visual presentation?

HELLER: I’m not at all concerned. Actually I would [pauses … considers] — yeah, in that area, I would say in terms of what [director and executive producer Danny Cannon and director of photography David Stockton] are doing — visually — Gotham will surpass the Batman movies. The movies are a very rigorous, kind of Germanic take on that world. They’re visually stunning, but not particularly visually pleasurable. I would say this is much more on the street level of Gotham. There’s more people, it’s a more colorful place, it’s a more vivid place, it’s more crowded. The inspiration for me and Danny was New York in the ’70s, because we both remember that as a seminal moment, coming to the city for the first time. This is very much that kind of Gotham — intensely visual and three-dimensional and layered and gritty and dirty and sexy and dangerous. From that point of view — and it’s easy for me to say, I just have to write the thing, Danny and David have to visualize it — but I think you’ll see it’s fabulous.

Granted, he’s only referring to the aesthetic of his show, but that’s still a pretty brazen statement to make. But that’s nothing compared what he had to say about his little Bruce Wayne.

EW: With Bruce Wayne, in the pilot we see him as we’ve seen him before — as a victim of a tragedy. And of course we know where he goes eventually. What function he serves in the series is unclear.

HELLER: Well, I will say [actor] David Mazouz is, without doubt, the best actor ever to play the part of Bruce Wayne. Without doubt — including the people who played Batman. He is a genuine prodigy of an actor, as you will see on screen. Frankly, before David was cast, I was ambivalent about how much we would use Bruce Wayne in the series. 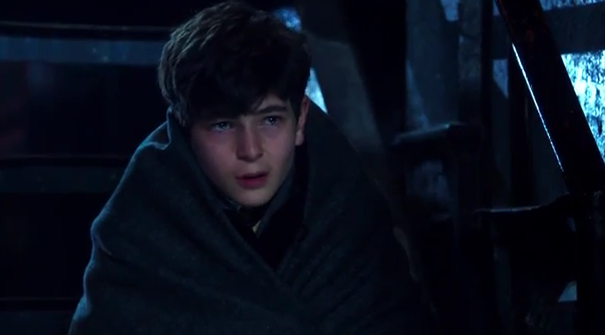 There was one shining ray of hope in what appears to be a somewhat gloomy outlook. We may be getting the Joker and it seems Heller is well aware of his importance.

You mentioned The Killing Joke. So you’ll bring in The Joker?
He’s the crown jewel of the Batman villains. He will be brought in with great care and a lot of thought.

Some feel Heath Ledger’s performance was so iconic it would be a mistake to try to do that character again so soon.
I’ve written scenes for Julius Caesar and Marc Anthony and Cleopatra. So while that is a serious and valid note, you can’t get into doing this without going there. That was a wonderful performance and — apart from everything else — wonderful make-up. And we should try to live up to that. It will be a different character. It’s certainly going to be more Heath Ledger than Cesar Romero. But like I say, all of these people are real people with feelings and emotions and history and parents. I just build from that.

Heath Ledger’s performance was legendary, but I personally believe that it’s silly that we shouldn’t be allowed to touch a character simply because an actor played it so well. Despite the tragedy, there have been several fantastic Joker performances in the past and there will be more in the future given the right actor and script. Though his response was slightly arrogant and condescending, I believe we should get another Joker.

Though I was optimistic about the series following the trailer, I’m much more cautious and apprehensive given this smug interview. For the most part, I don’t think I like Heller very much, but he may do a good job regardless of the kind of person he is.

Formulate your own opinion and read the interview.