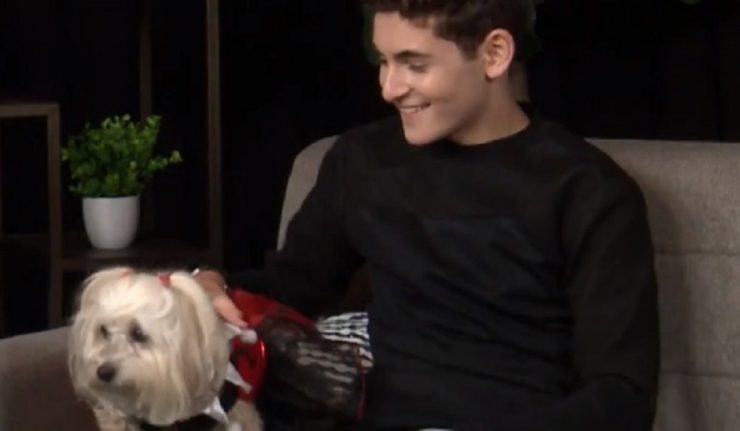 The highly anticipated, fifth and final season of Gotham has begun production. News has now surfaced about a possible time jump. There’s talk about character dynamics, and something exciting from Bruce Wayne actor, David Mazouz.

The conclusion of season four left many viewers wondering, as it ended with brief glimpses of Man-Bat, Scarecrow, and Barbara Keene’s new all-female sect of the League of Assassins, taking over various places in Gotham. It closed with Bruce and Jim looking on with a welcome searchlight behind them.

We know from the creators that a substantial time jump will lead into the new season. Episode one will be set 87 days after the end of season four. Three months passing really shows off just how much the city has fallen into chaos. The villains that had been annoyances to police have carved up the city for their own control and certain characters need to take stronger measures to defeat them. More on that in a moment.

There’s also talk about some point in episode one, that there’ll be a glimpse of the future. We’ll see a flash forward to 391 days after the pickup of season five. Over a year ahead is a real show of the fate of Gotham and the people inside it, and perhaps the sight of the shows true conclusion.

David Mazouz has spoken very openly about his involvement going into the final season of Gotham. He says:

All of our characters are going to be driven to become who they were destined to become… We’re finally getting to end the show the way it’s supposed to be ended.

We’re going into the final season with these expectations, which are leaving many viewers ready to see this journey finally realized.

View the full interview above, with Mazouz flexing his knowledge of comicbook continuity and everything season five has in store.

Tags:Adam B Raydavid mazouzGotham
share on: FacebookTwitter Tumblr
previous article
‘Batman: Mask Of The Phantasm’ Returns To The Big Screen For One Night Only
next article
NYCC 2018: First Teaser For Harley Quinn Animated Series Unleashed