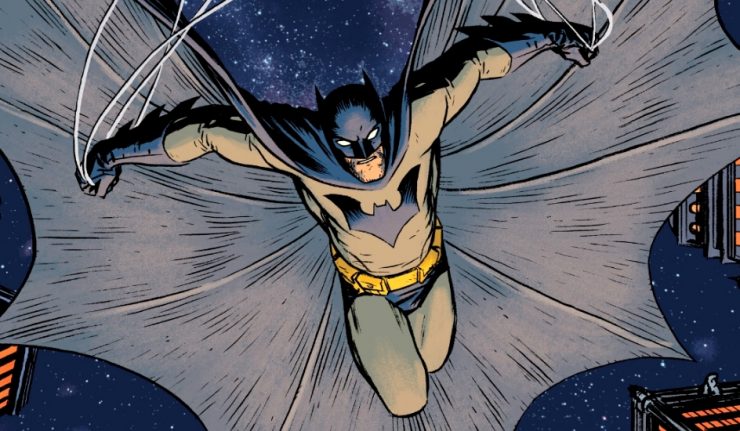 When Is A Riddler Not A Riddler?

We enter Issue #3 of the Walmart Batman series with a gaggle of Riddlers. We come into this issue with Batman hot on the trail of Edward Nygma who he believes is going after an item of value and must be stopped. Being given a hint on the dark web, Batman catches up but figures out that not only is he caught up in a even bigger plot, but that Nygma himself is being used as a pawn. Can our Caped Crusader figure out what the bigger plan is? Just what role does Jonah Hex play? These are some of the intriguing elements in the book.

Also we have Alfred playing a major part, as throughout the issue Batman almost exclusively talks to the feisty Butler. It is truly nice to see the banter between the two over the course of the story. 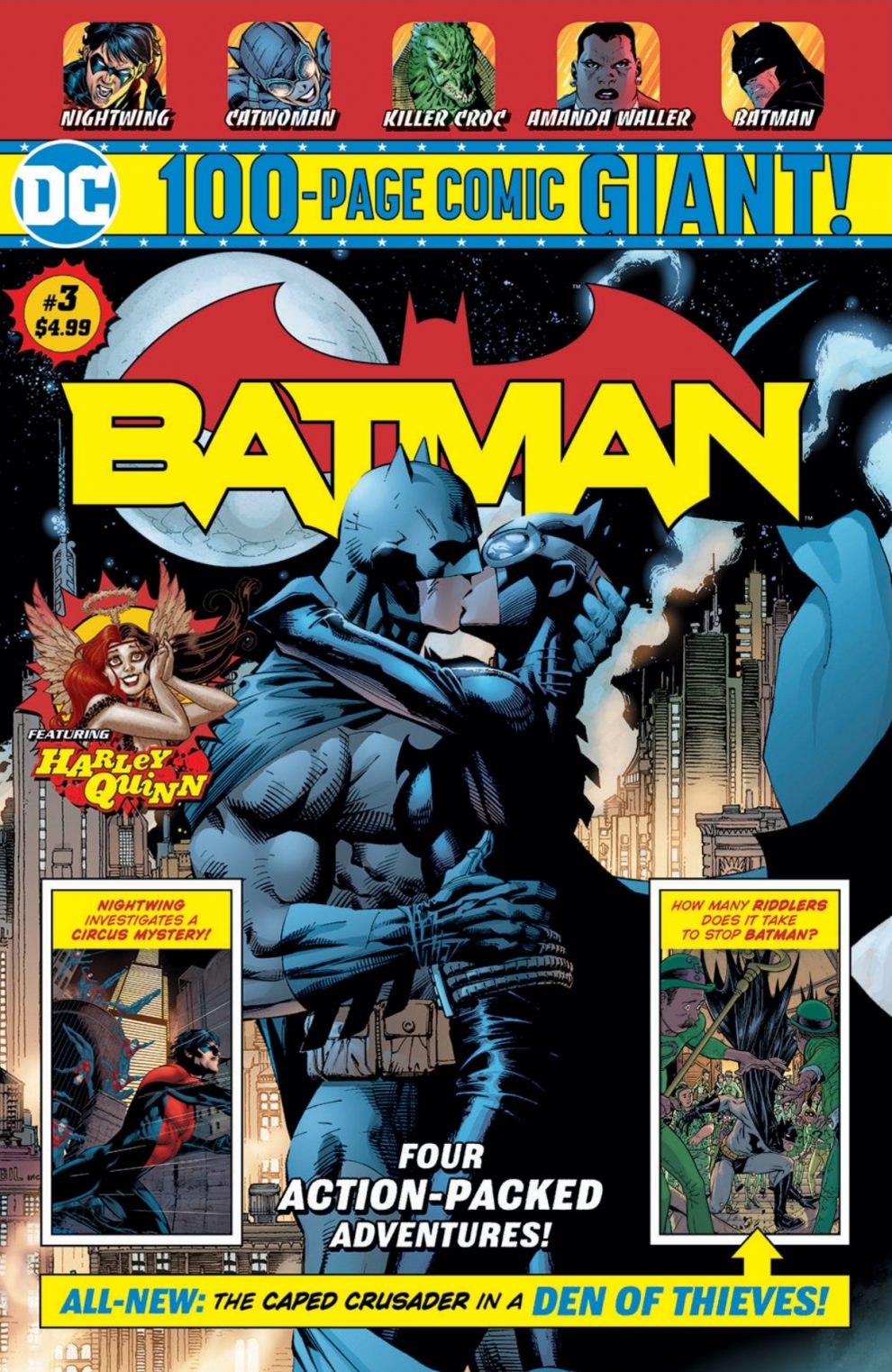 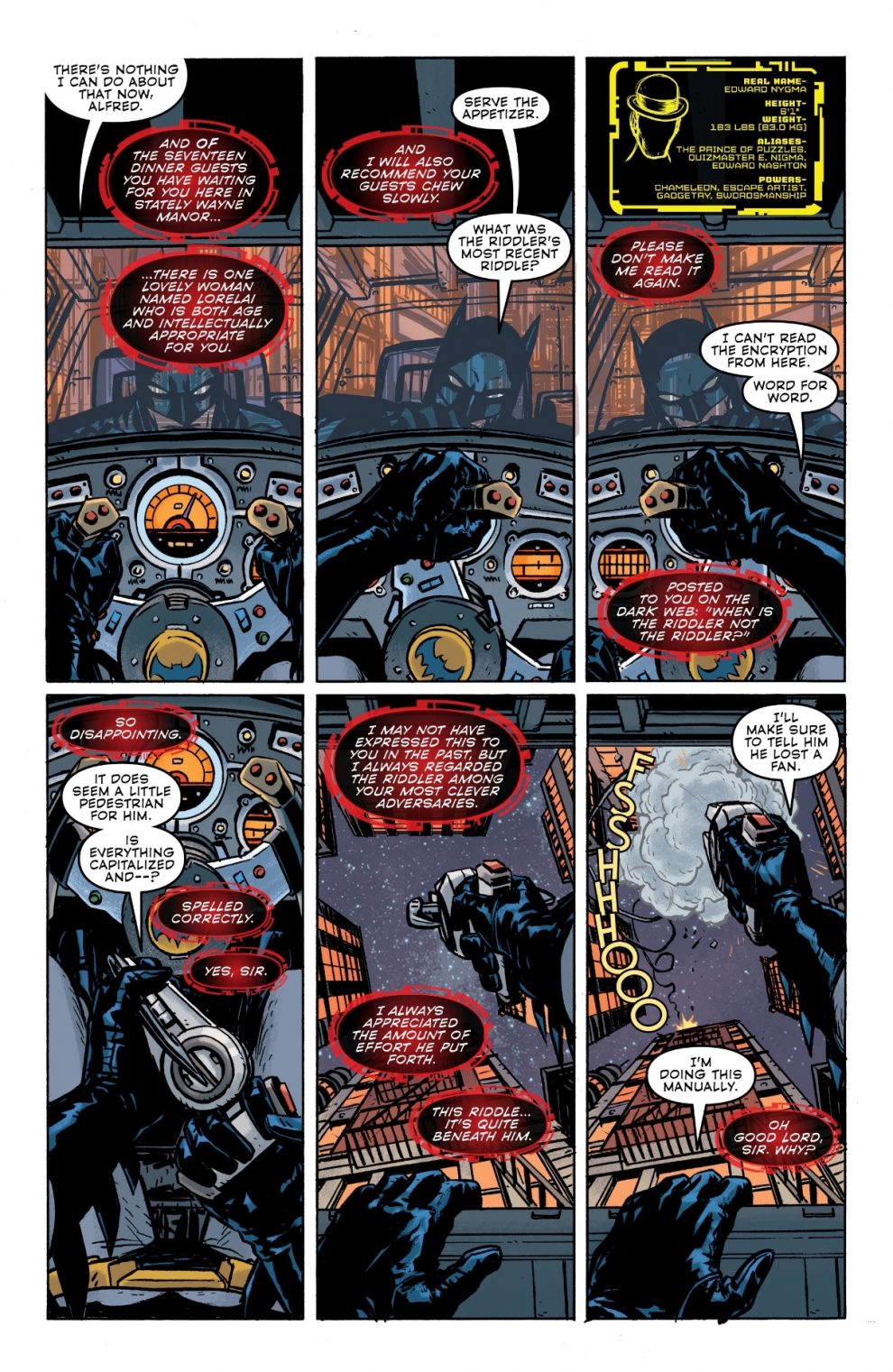 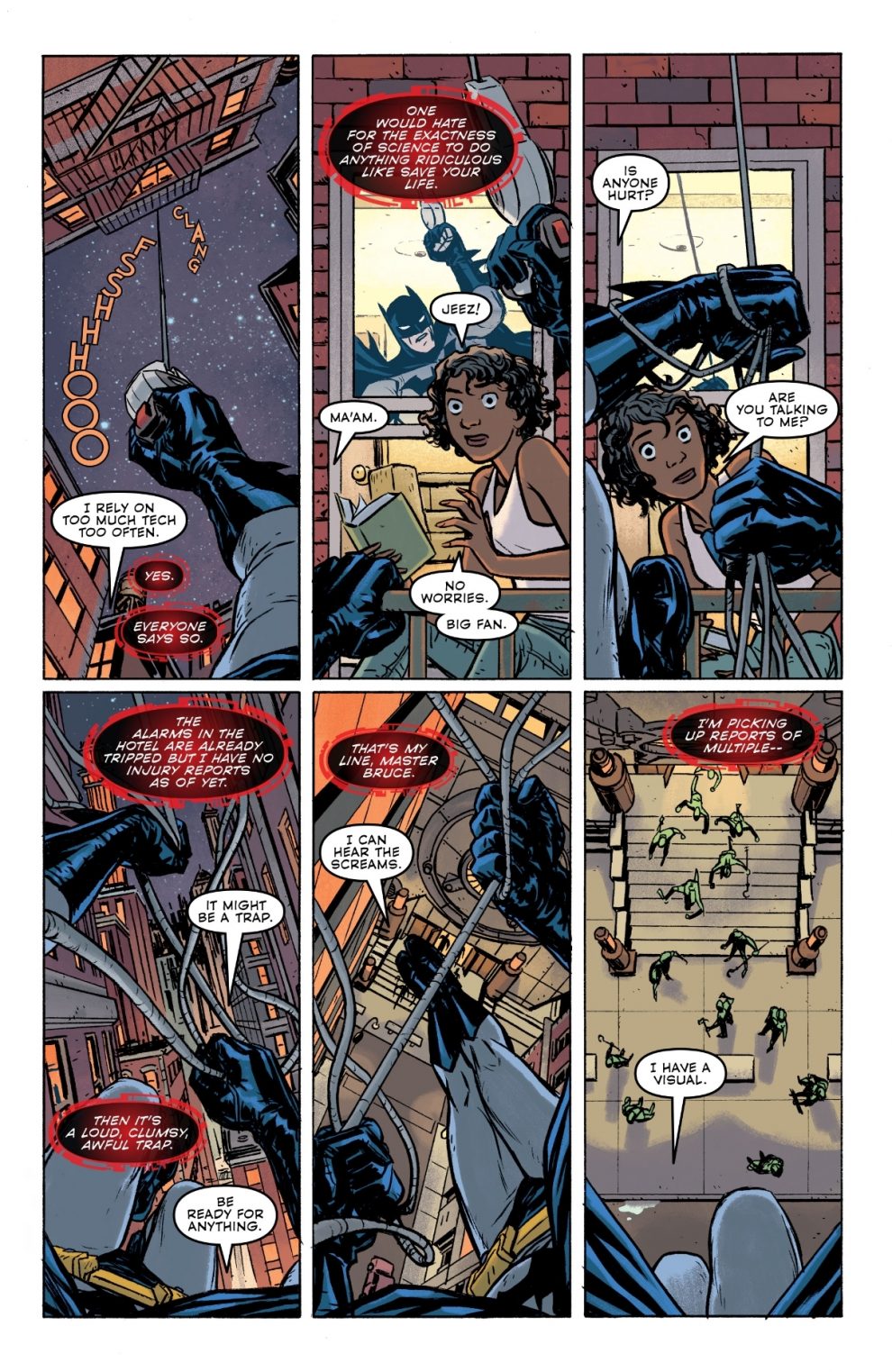 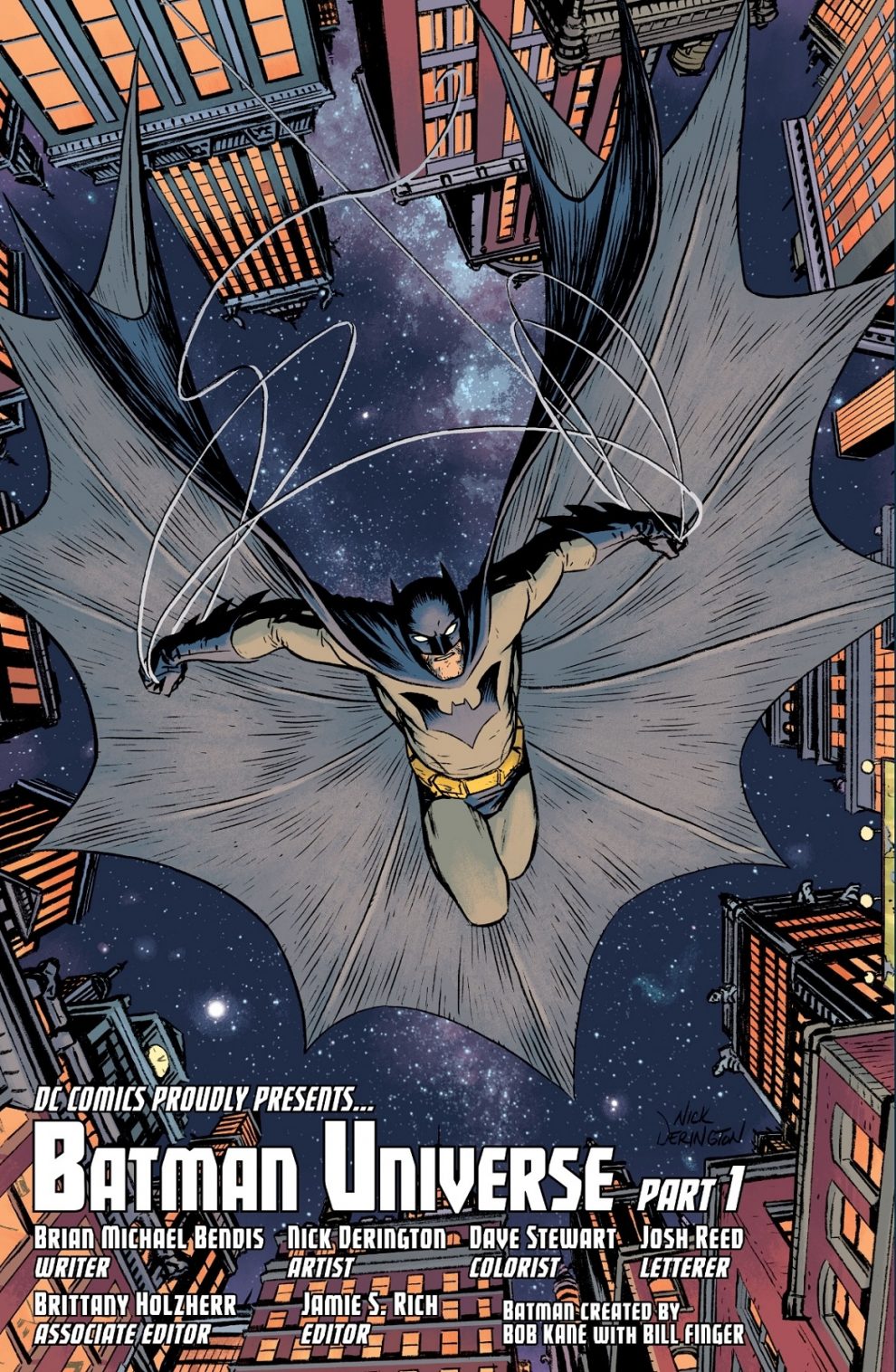 The writing and art team have truly come together to make a wonderful series. With a script by the enormously talented Brian Michael Bendis, art by Nick Derington, Dave Stewart on colors and Josh Reed doing the lettering the book is crafted well. These guys come together and the book works because of it. The main splash is a beauty to behold as we see Batman swooping in to save the day. The story ending so abruptly is a bit of a shock, but overall it makes you want to come back.

This was a new experience for me, seeing a book broken up in such a way. I love the way this art team and the story flow so well. I honestly am curious to see what happens when we meet the egg’s true owner. It promises to be an exciting adventure. If The Riddler is involved there are sure to be conundrums along the way for our hero.

What are your thoughts Readers? What do you think is hidden away that is of such value? Let us know in the comments below.