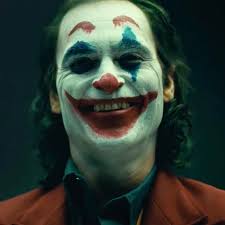 Joker. As soon as you hear the name, there’s an instant reaction… an image forms. It could be of the original Joker from the Adam West show, or you could imagine Mistah J from Batman: The Animated Series. Or perhaps Heath Ledger and his iconic haunting version flashes before your eyes. Or, for my fellow Gamers out there, “Only You” begins to play and the Clown Prince Of Crime himself, the Telltale version of the Joker appears.

Regardless of who is playing the role, the point of this conversation is that you have version/s of the Joker that immediately come to mind. Makeup is just as important in this case as the person behind the face paint.

Director Todd Phillips let the world have quite the sneak peek on what Joker will look like in a short video released on Twitter earlier. In this clip we get to see almost a maddening carousel of the makeup that will be worn by the talented Joaquin Phoenix as his character “Arthur.”

The movie, which is speculated as being a gritty origin story for the Joker, has quite the cast and crew, featuring names like Martin Scorsese, Robert De Niro, Zazie Beetz, Frances Conroy, and Marc Maron. For me, just the snippets and takes we have had the chance to see are exciting. The film is boasting to be unlike anything we have previously seen in a comic themed movie.

From Phoenix himself in a recent interview with Comicbook.com we heard the following about what makes the movie unique and stand out among the others.

Three or four years ago, I called my agent and said “Why don’t they want to take one of these characters and just make a lower budget film about it, a movie but a character study, and why not take one of the villains?”

I for one am excited to see this take on how the man who laughs came to be.

What are your thoughts readers? Given what we have seen do you think this will in fact be a different take? Let us know in the comments below.