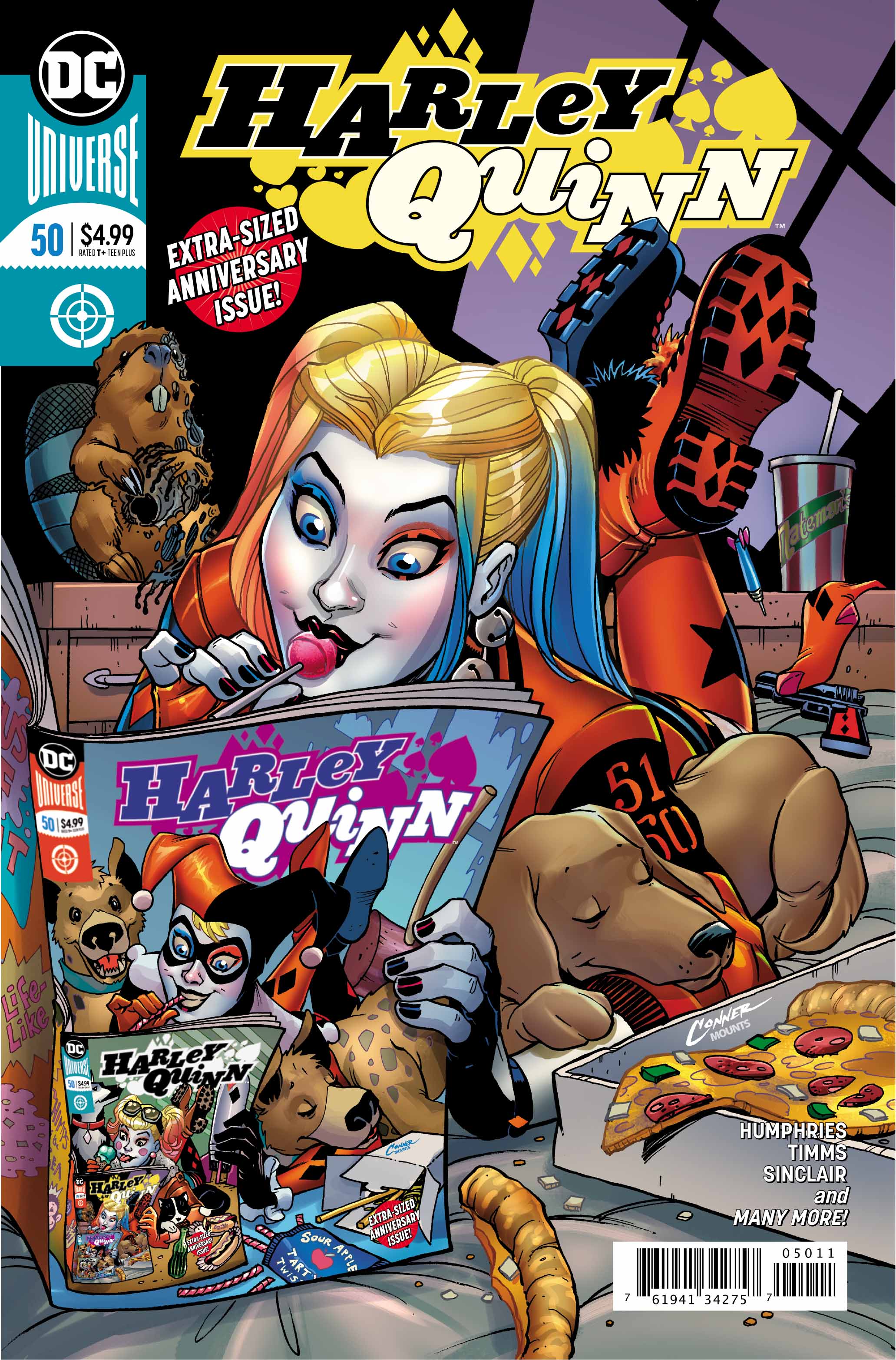 Artists: A Whole  Asylum’s Worth!

I am jumping feet first into my second Harley Quinn comic of the year and am really excited. This comes right after my last review, the Harley/Gossamer Looney Tunes/DC Universe crossover. That one alone made me want to read more Harley solo and for this to be my first review of her on-going series, holy cow! I mean what a ride to take! This issue is filled with twists, turns, and a slew of talented artists.

So the story for the 50th issue is that Harley and her Mom are walking along getting some grub and travelling down Harley Quinn’s very own twisted version of memory lane. The book the ladies looking through in this issue however, happens to be the lynch-pin to the continuity of the DC Universe itself.  Poor Harley is about to pull a Ralph and Wreck it! The cover however is genius, both the most popular versions of the character, one from the talented imagination of Amanda Connor and the other by the incomparable Frank Cho. 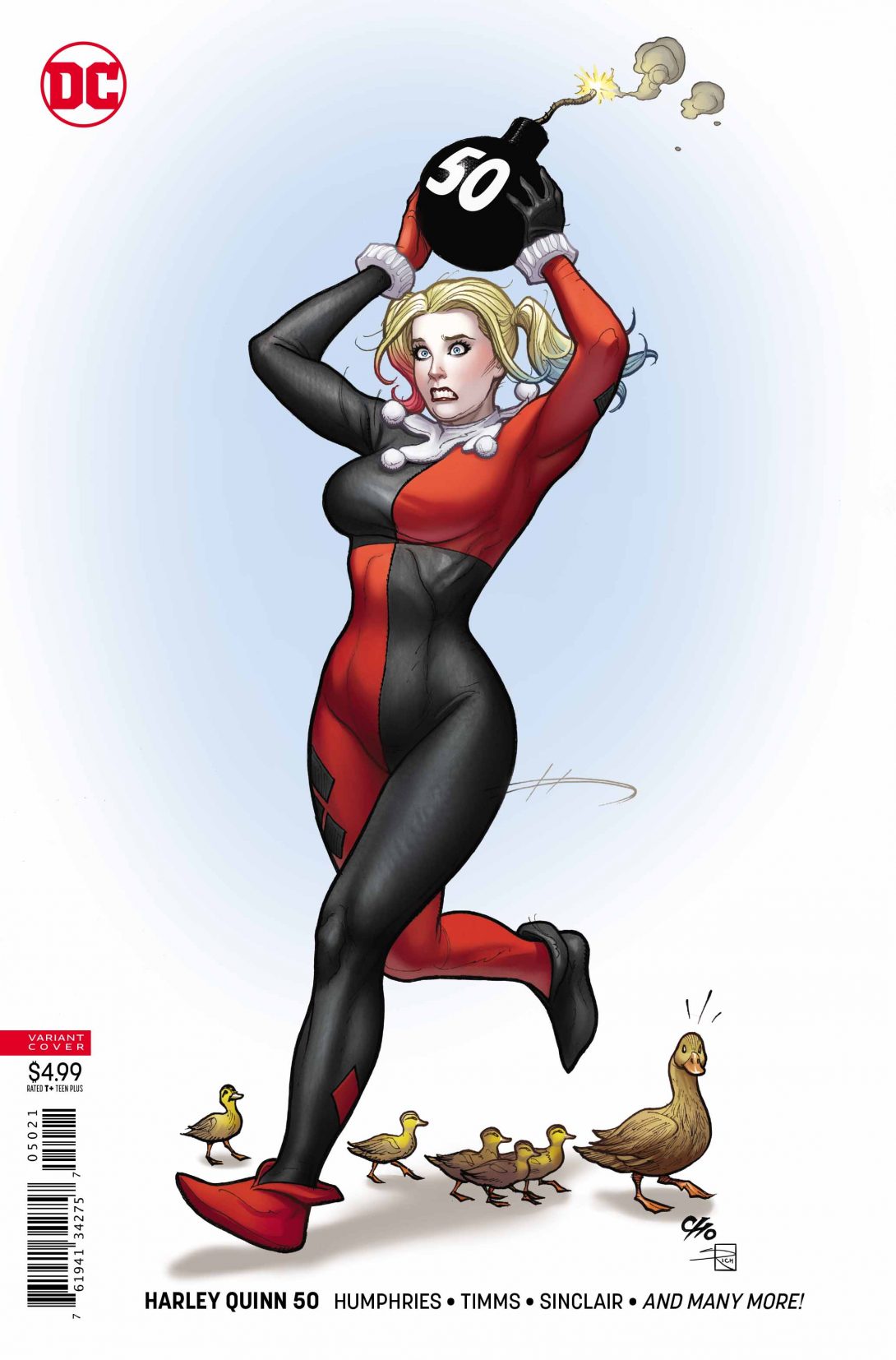 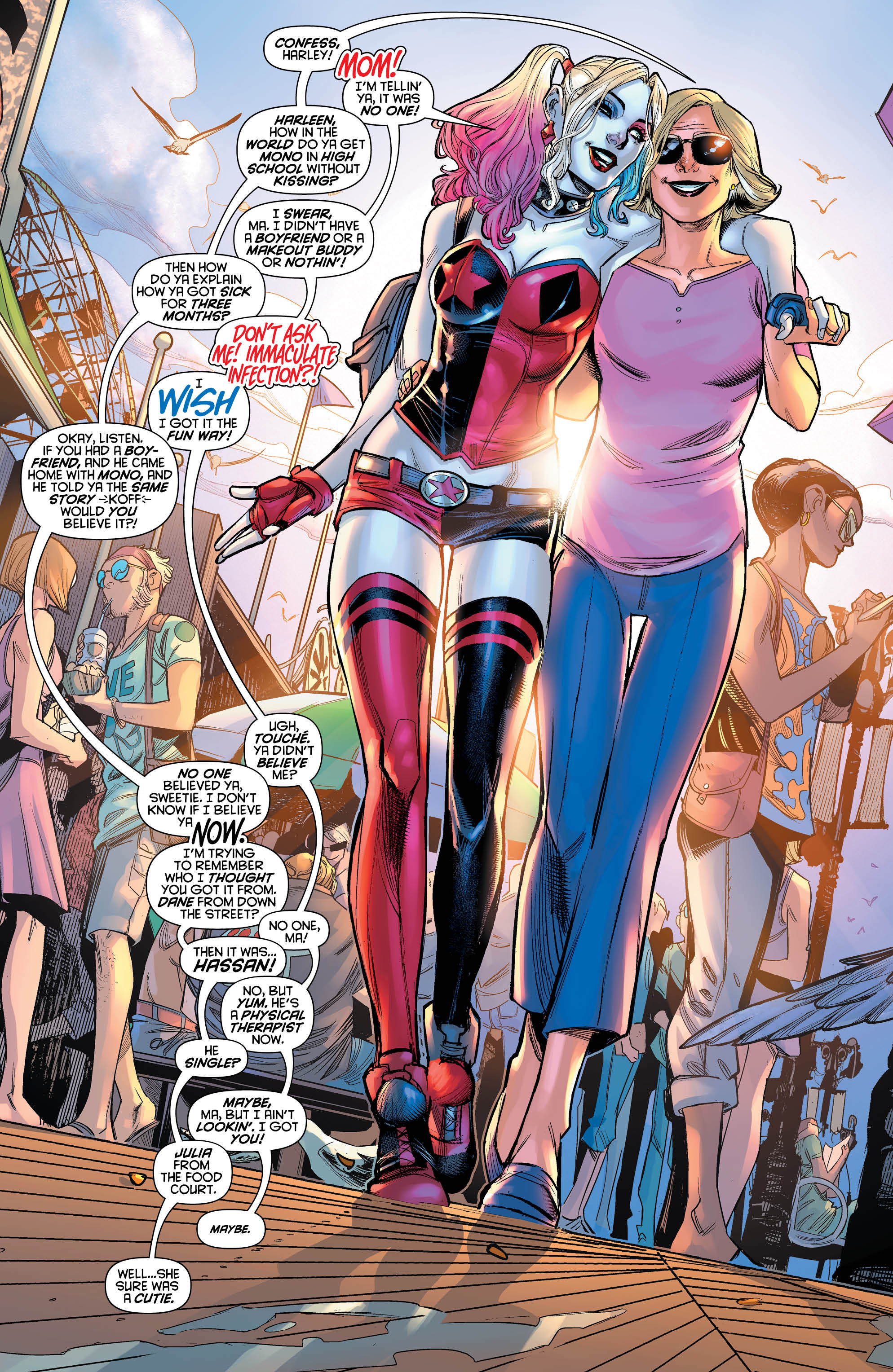 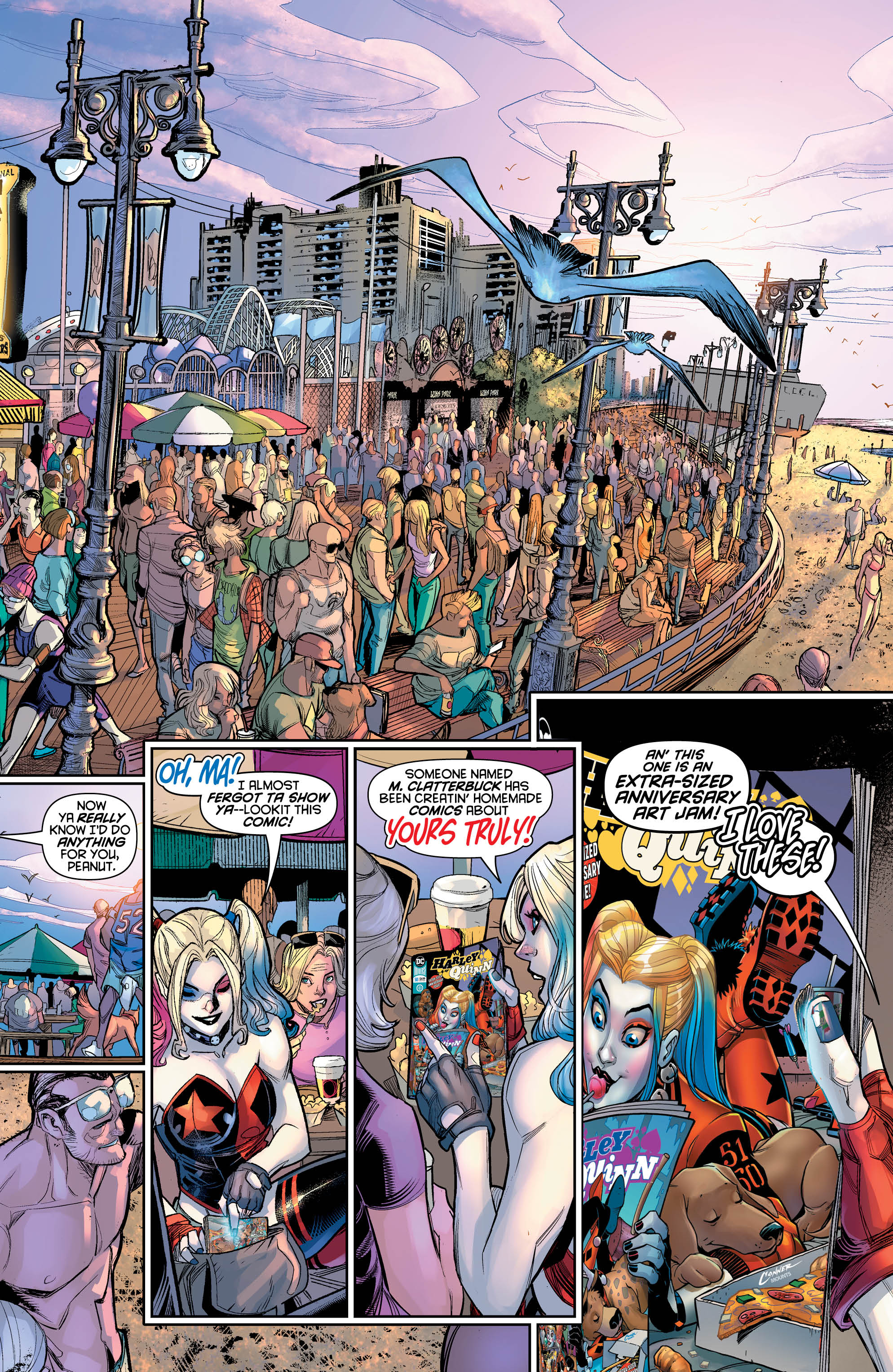 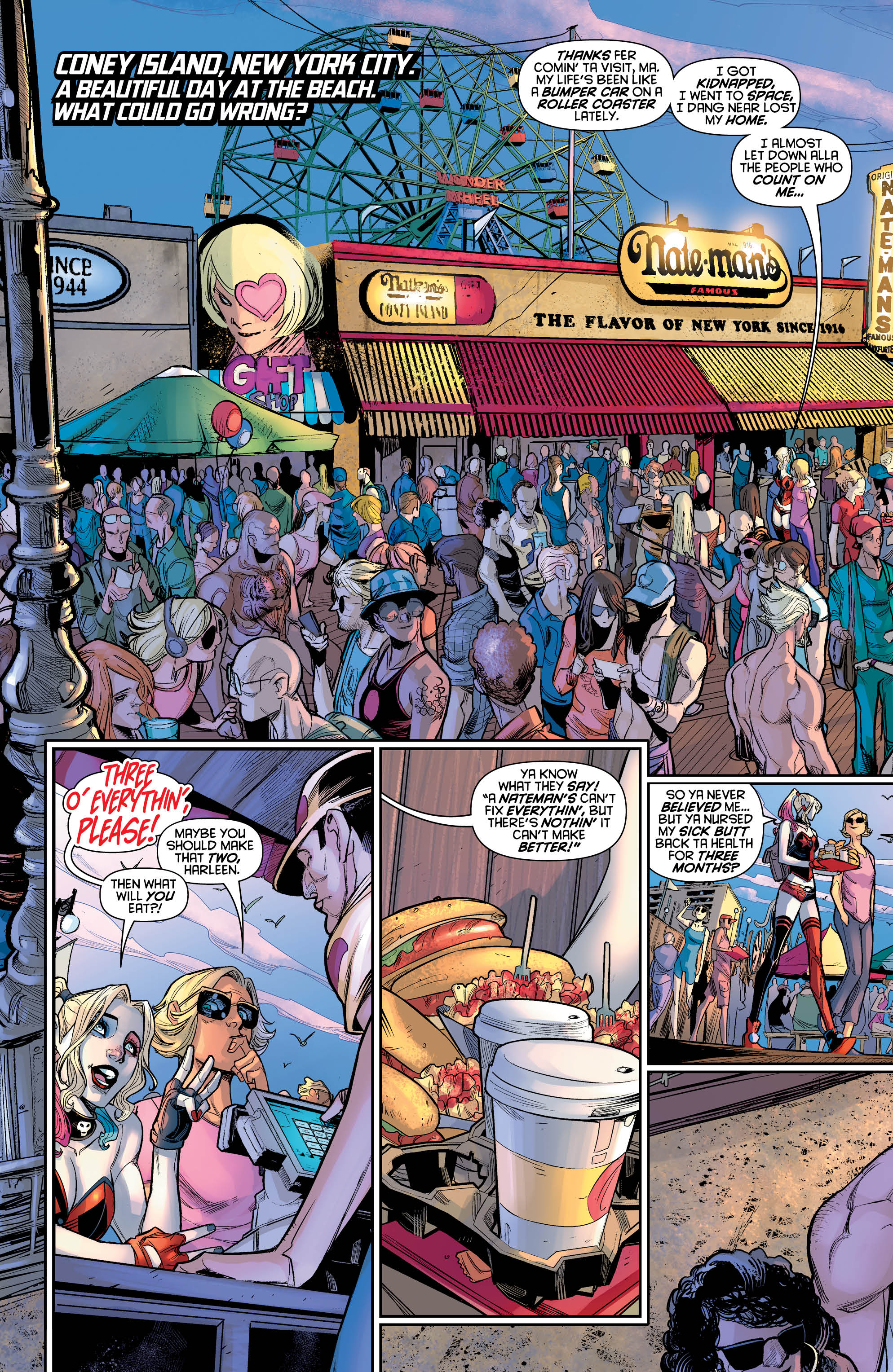 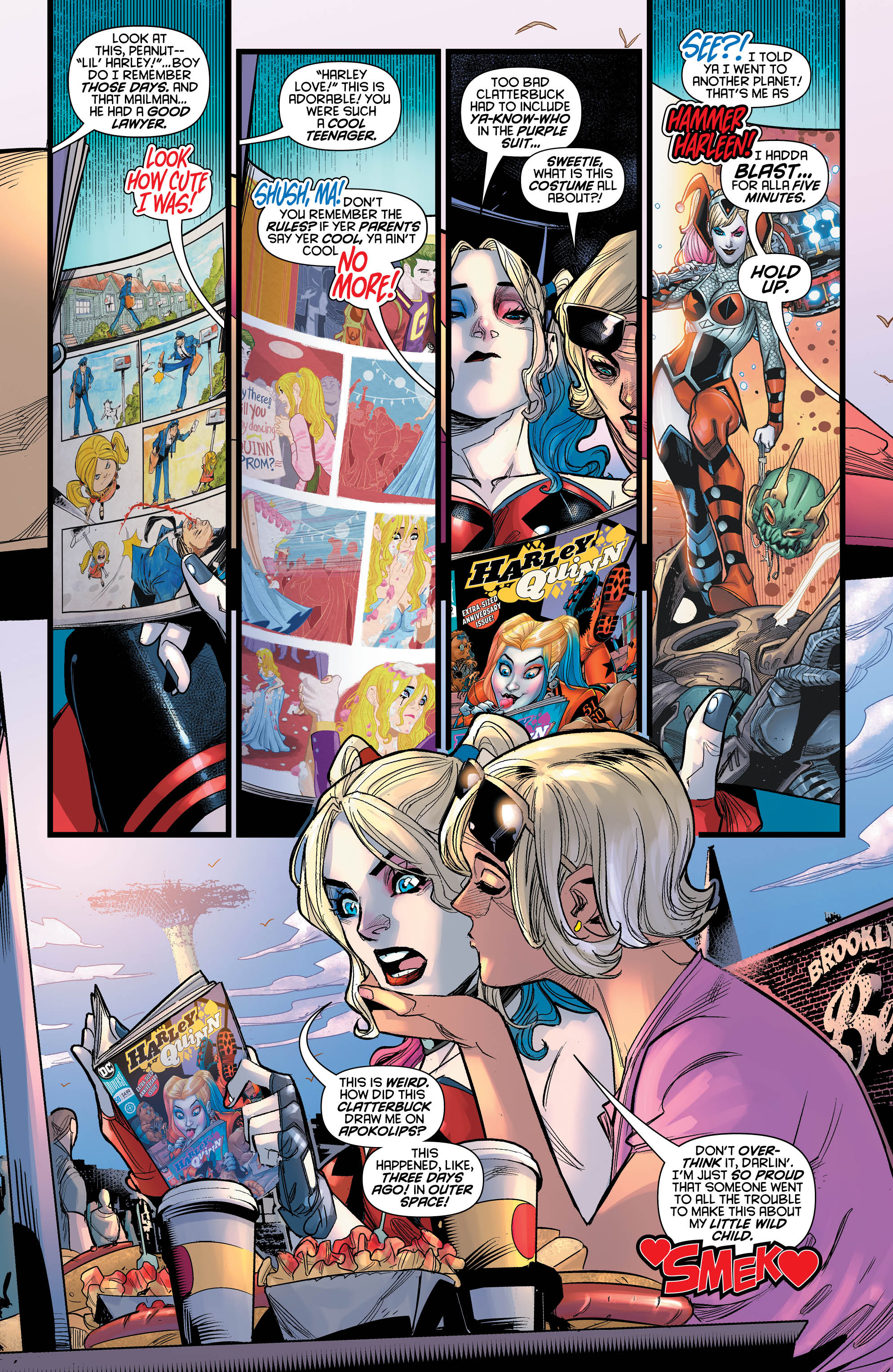 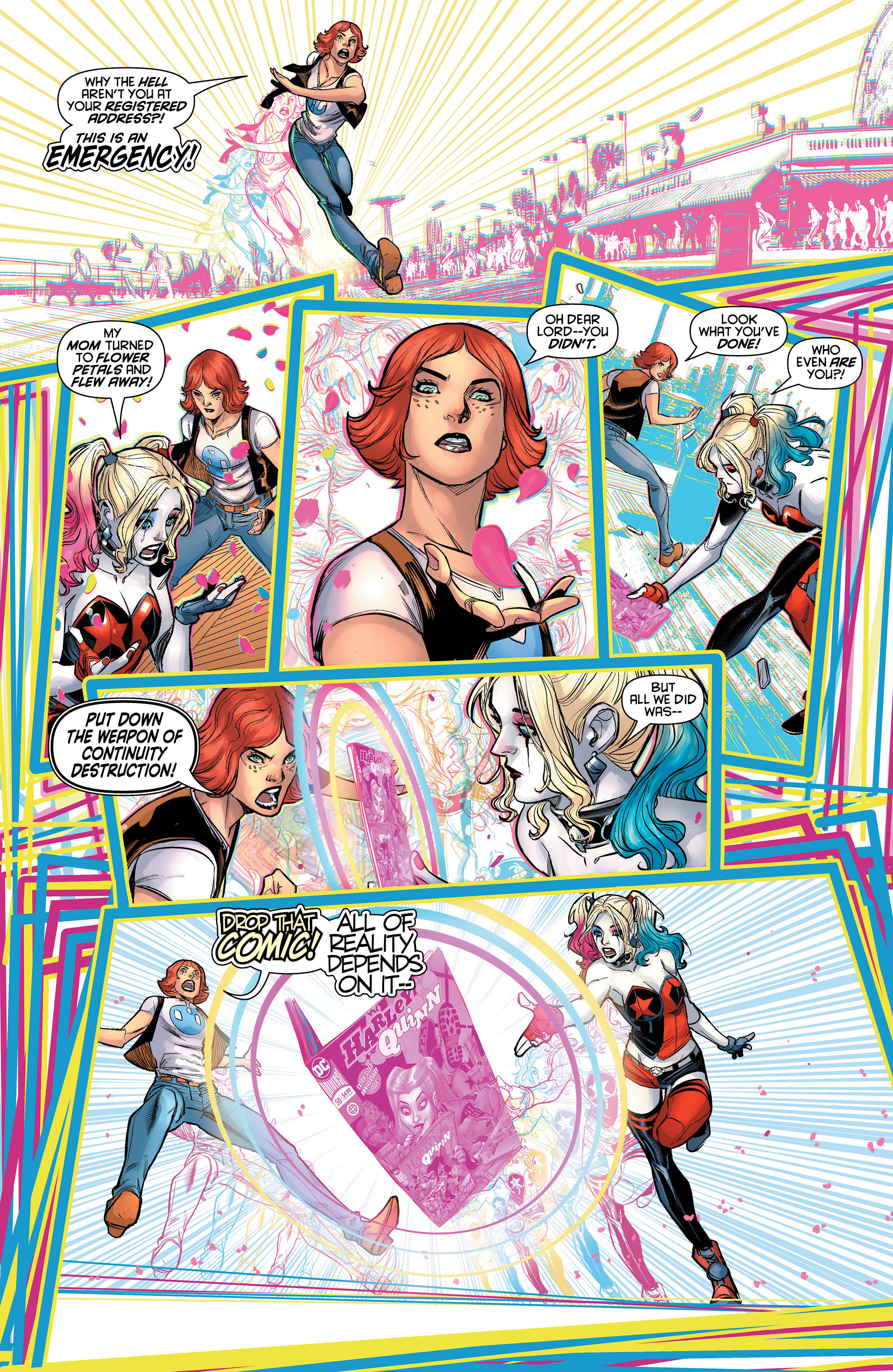 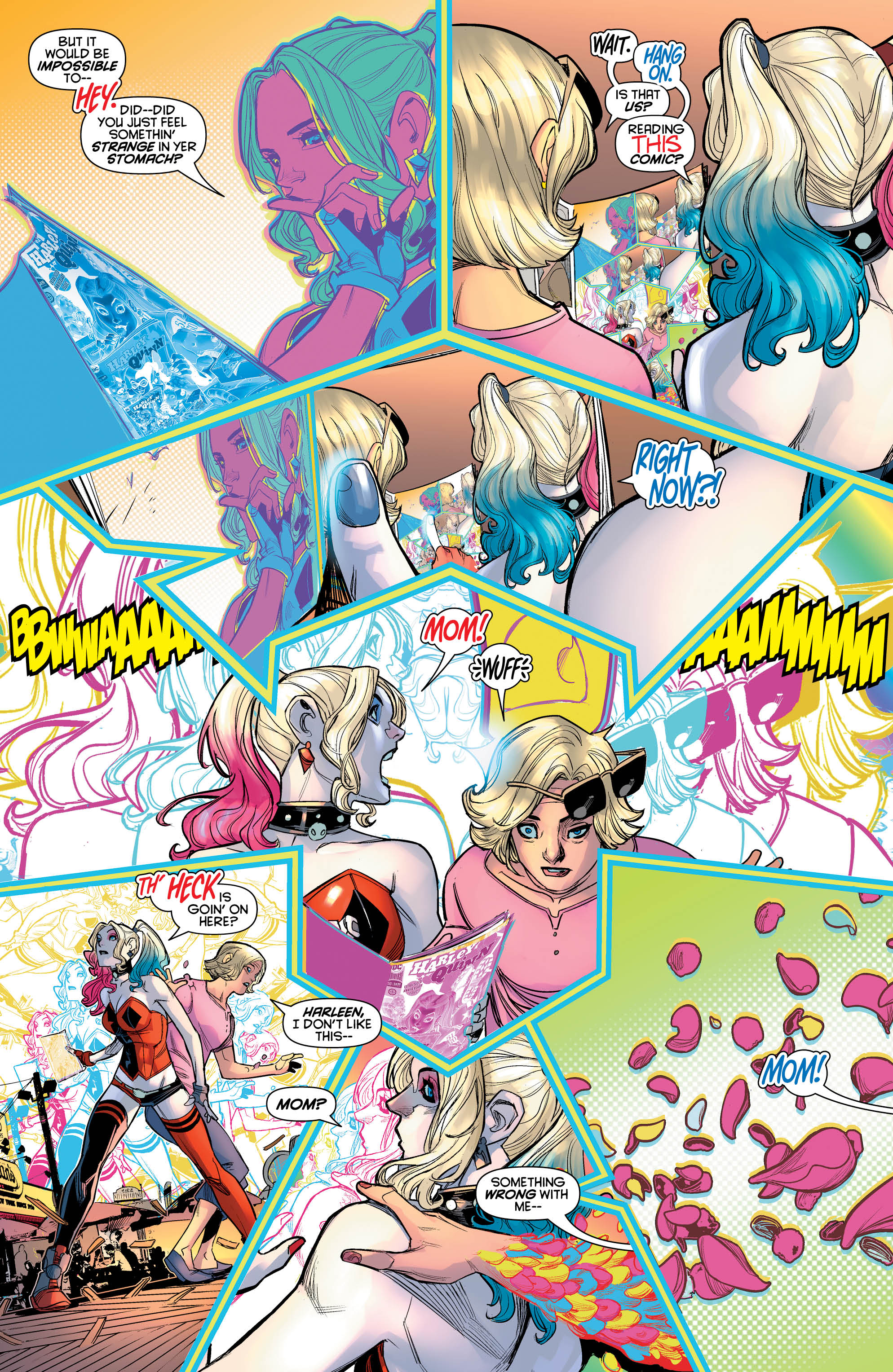 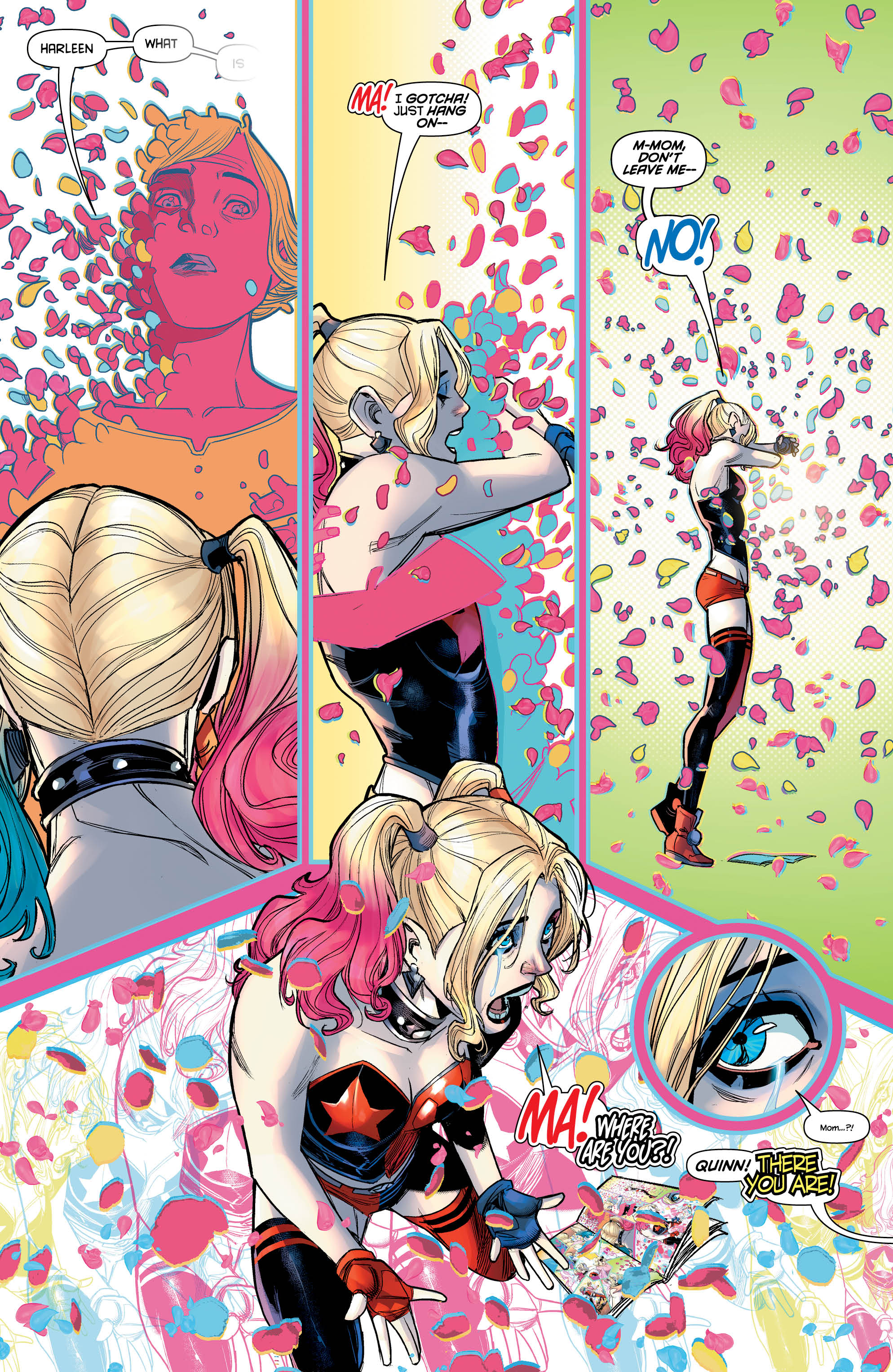 While I won’t spoil it for anyone; be prepared to see your favorite DC characters in ways you never would have imagined, or seen before. I absolutely adored the random Dinos. This felt like a very real to the character story and while the art was already astounding, this issue has lines of dialogue that most comedians only wish they could write. The flow is really good. There is a thread that ties it all together and, honestly, the overall meaning behind the story gives me overwhelming feels.

For me, this story was amazing, not only with all the different artists that contributed to the book as the story progressed, but the writing by Sam Humphries is completely on point. It feels like an amazing adventure to go on with Harleen. Everything works together in such beautiful harmony and I am so excited to continue with this series going forward. With just these two issues alone they have a fan for life. This issue has earned itself a fully deserved 10/10

All Images courtesy of DC Entertainment