Man of Steel was the first film of what we now know as the DCEU. Coming out in 2013, fans of the movie have had a lot of time to dissect it and find connections between it and the many films that have followed. The deeper fans look for a connection, the deeper the thematic and narrative arcs seem to be.

One particular fan on Reddit, has pointed out a connection between Man of Steel and Batman v Superman. This link is sure to tug at the heart strings of fans. 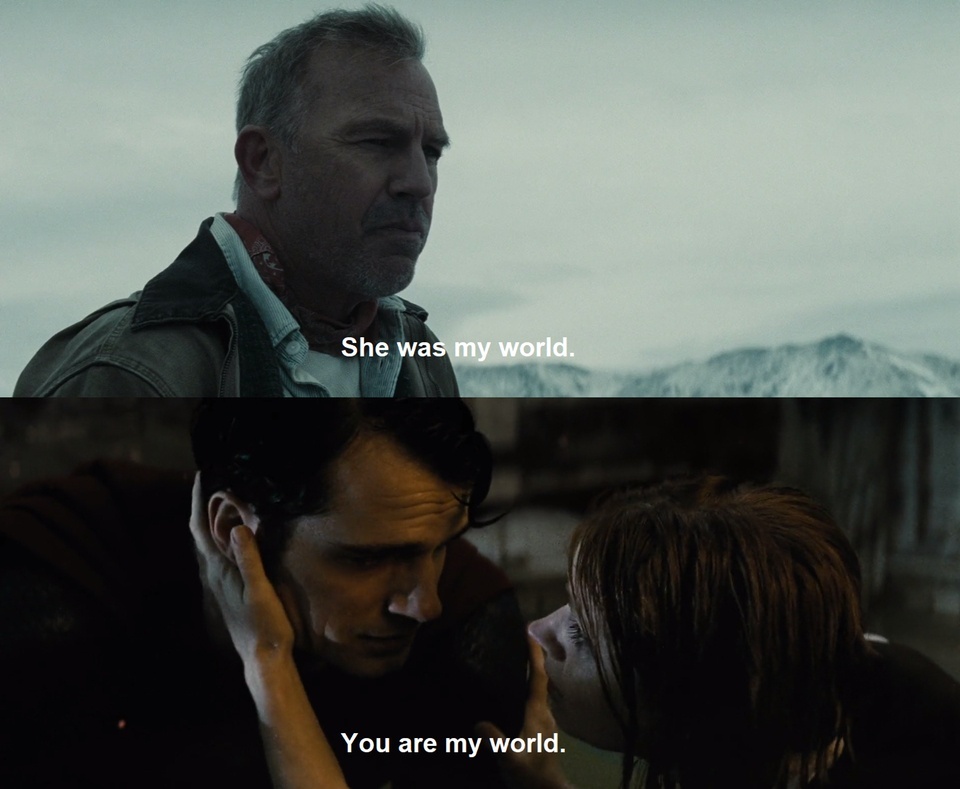 The Kent’s World Connections In The DCEU

While both scenes are taken from Batman v Superman, the scene at the top, with Jonathan Kent, was a callback to Man of Steel. Clark has always doted on his adopted father and, while these come at different times during the film, it shows where Clark gets his sense of love and his values, almost repeating word for word what his father says about his mother.

It’s little things like this that make watching movies so much fun. Finding out how much effort the production teams put into each film, by figuring out the connections between each one.

Have you spotted any more connections between the DCEU movies? We’d love to hear about them!