Deathstroke Actor, Joe Manganiello, Says Things Are In The Works 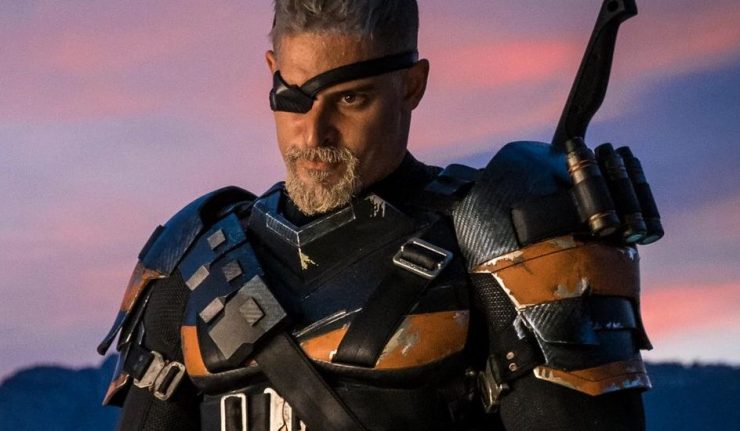 Justice League is the second film from the DC Extended Universe that gave audiences an end-of-credits scene. The first film is Suicide Squad, which ends with Bruce Wayne (Ben Affleck) in cahoots with Amanda Waller (Viola Davis) exchanging all the information Star Labs carries on the known meta-humans (Flash, Cyborg, Wonder Woman, Aquaman, and Superman). Then there was (spoiler!) at the end of Justice League, fans get an extra treat as we see famous Batman nemesis, Deathstroke (Joe Manganiello), come aboard on Lex Luthor’s (Jesse Eisenberg) yacht. As they are certainly up to something, we can’t help but yearn to know what’s next.

After Matt Reeves took over on The Batman, questions were raised as to whether Deathstroke would be in the new film. The talented, fun-loving actor Joe Manganiello stopped by the premiere of Rampaged and replied with telling Variety that something is cooking.

“There are things in the works, that’s all I can say.”

The actor could only share this, and nothing else. For now, most likely he might be a major villain in the upcoming DC movies, but a solo Deathstroke film is still a long ways away. The Batman, Joker, Suicide Squad, Aquaman, Flash, Shazam, Wonder Woman 2 and Justice League Part 2, Warner Bros. has a killer list to deliver. Let’s hold out until we see these others.

What do you think? Let us know if there should be a Deathstroke movie!