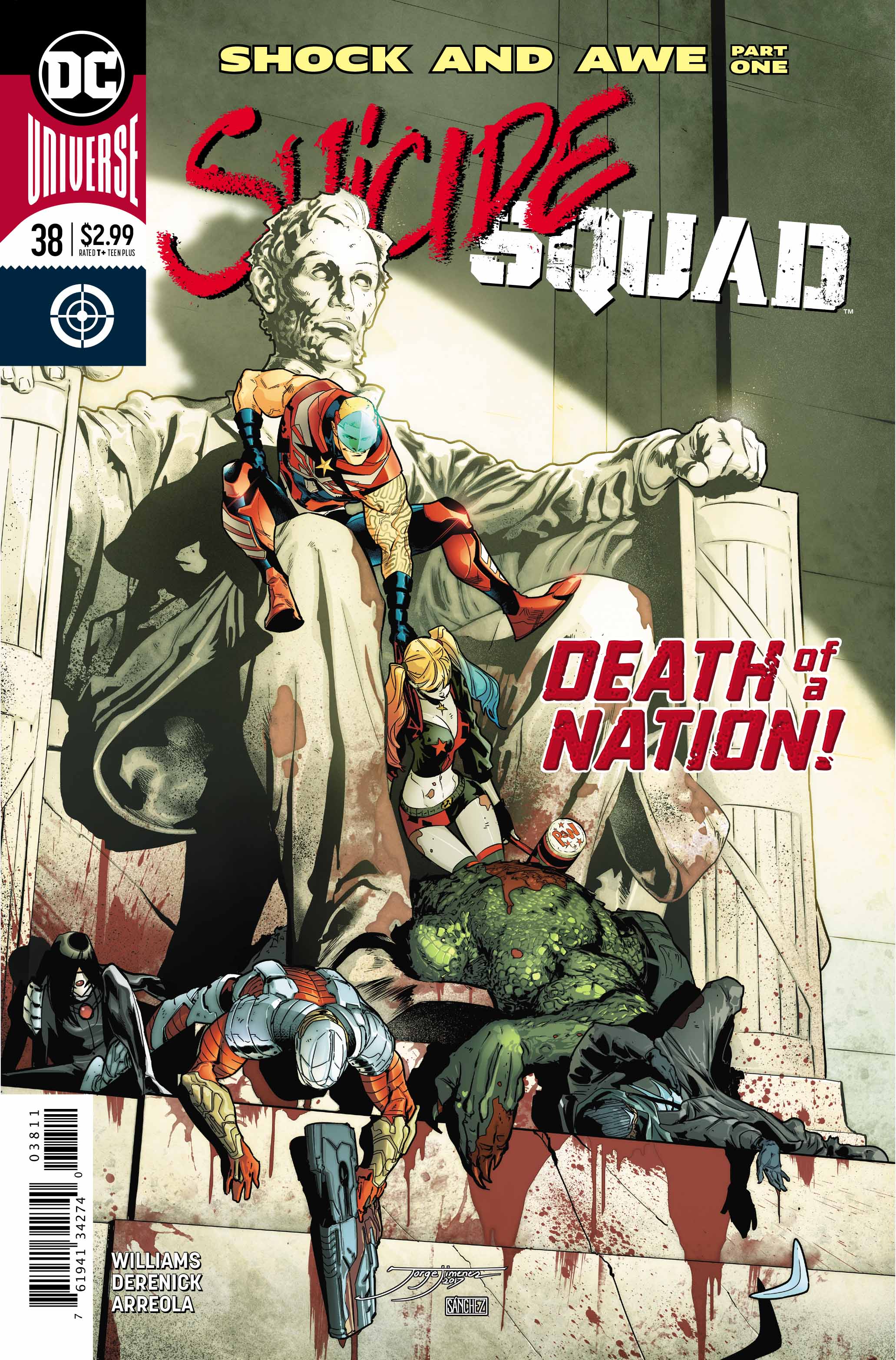 After events of last issue, we jump into life as The Wall, the government’s own crafted superhero. After helping take down Hack, and Taskforce X, The Wall does a fly by of the White House. Rick Flagg, his handler, tells him that they have new coordinates for a mission. Finally, we’re able to see The Wall in action. Except he takes down an entire camp of metahumans without breaking a sweat. We’re then cut straight to Belle Reve, as Amanda Waller tries to regain control of the prison. Taskforce X are being marched out of the prison and moved to another facility.

Waller is left standing alone, outside Belle Reve, wondering where she is to go from here. On a flight to get himself some well-earned rest, something goes horribly wrong with The Wall’s suit. Taking him off course and headed to Washington. Crashing into The Pentagon and downloading all of the government’s secrets.

That’s not the only bizarre thing to happen in Washington D.C. A mysterious force takes control of every person in downtown Washington, telling the world that the only people allowed within the city are Taskforce X. 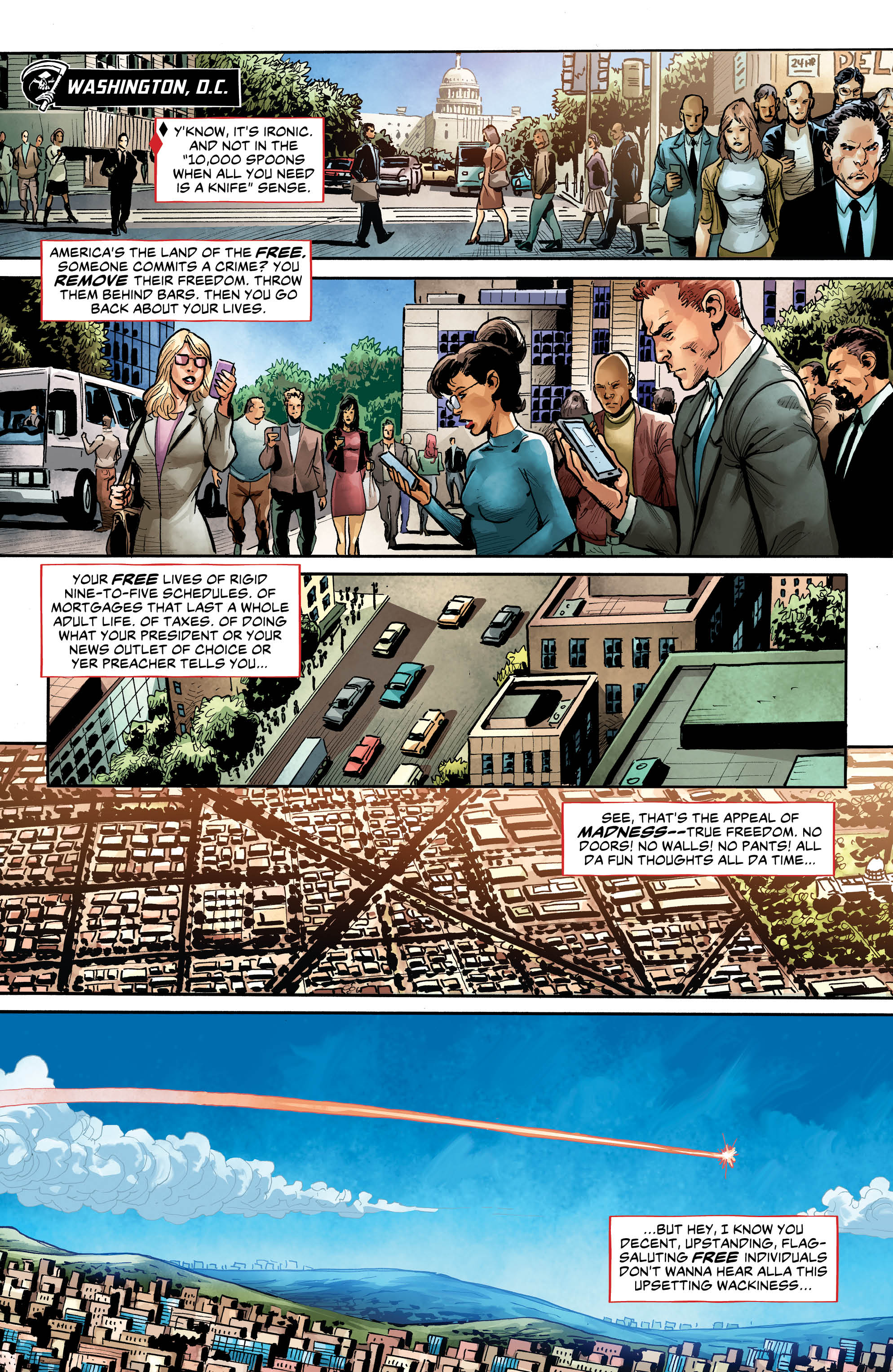 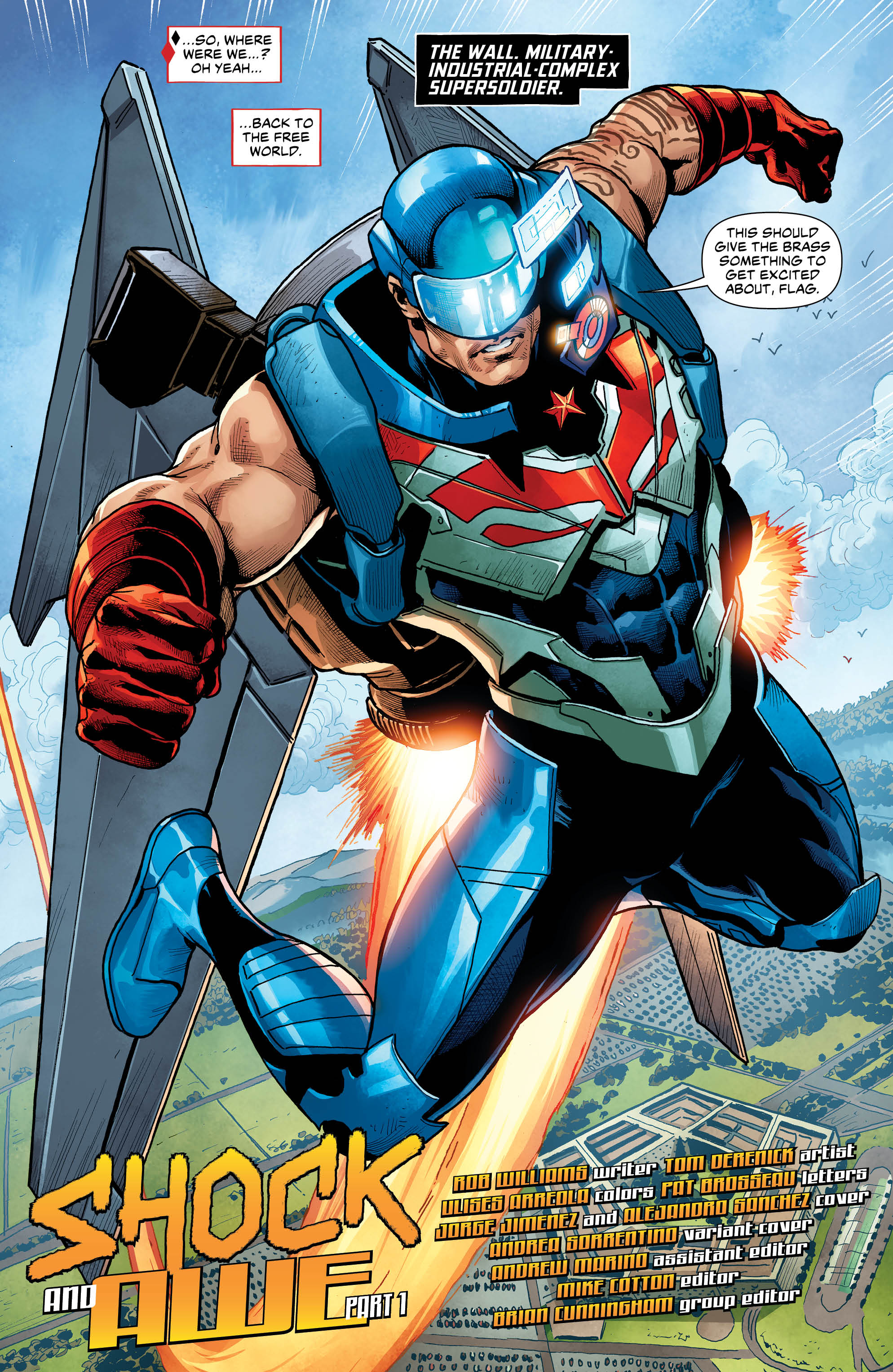 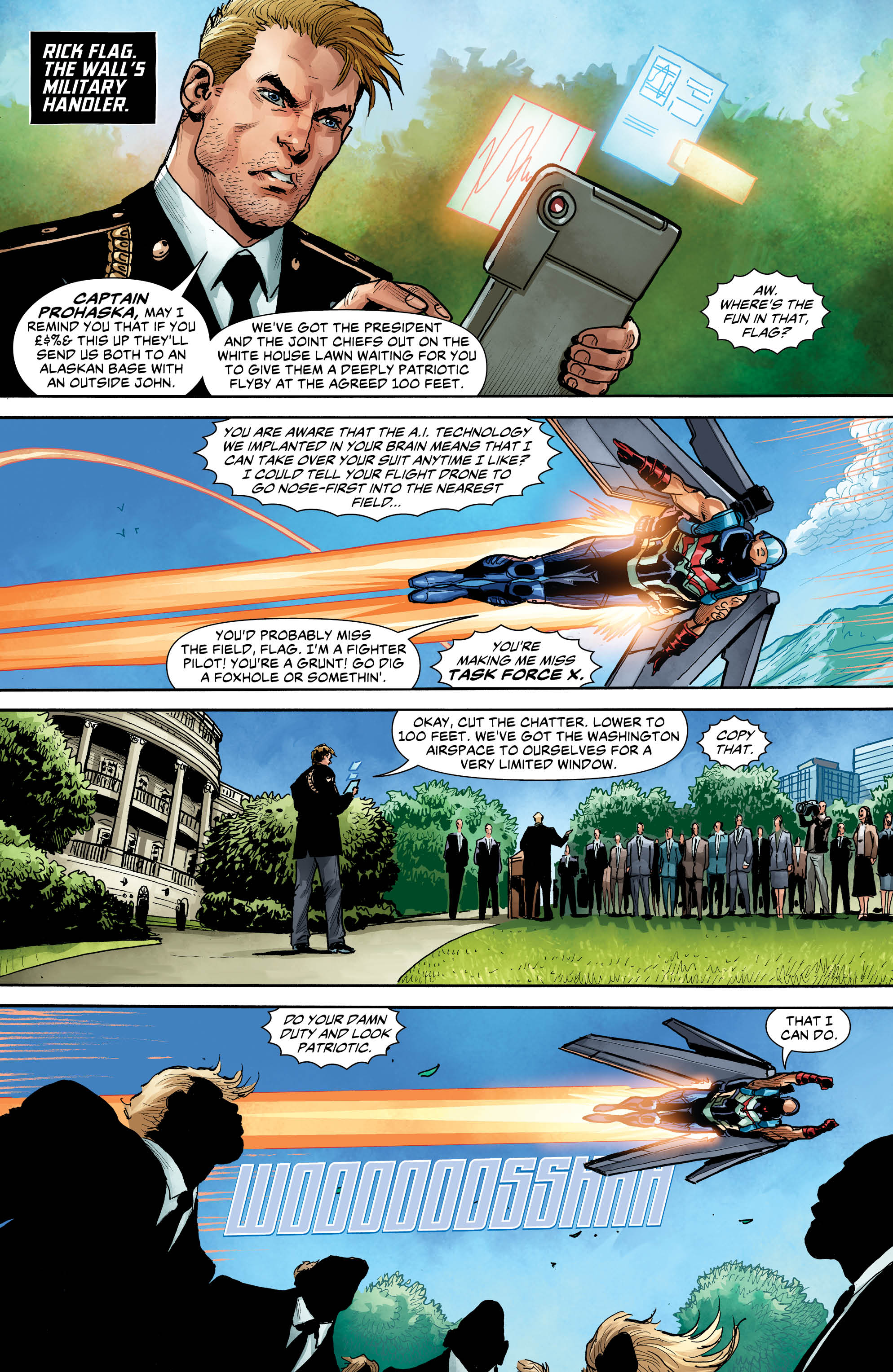 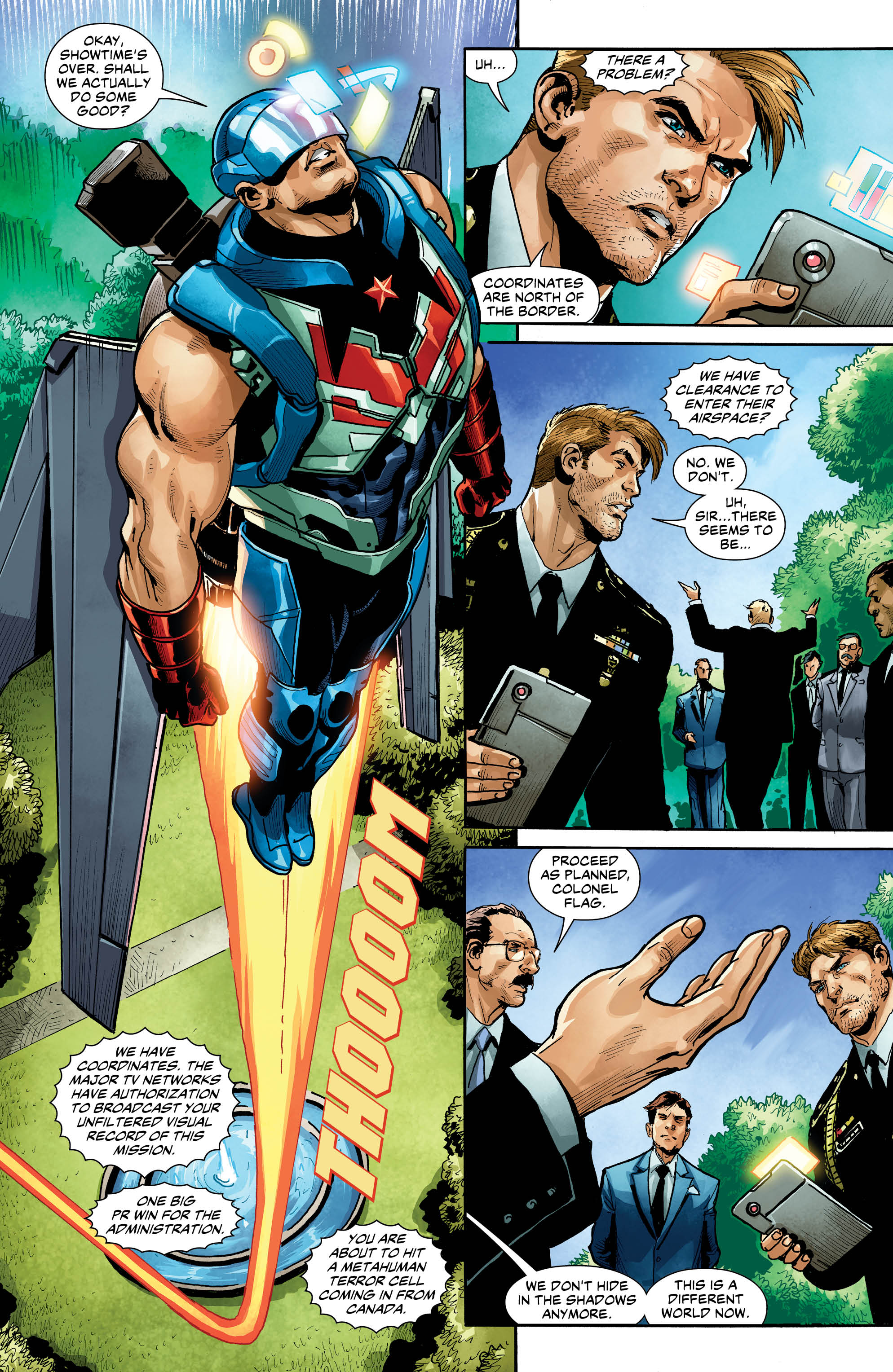 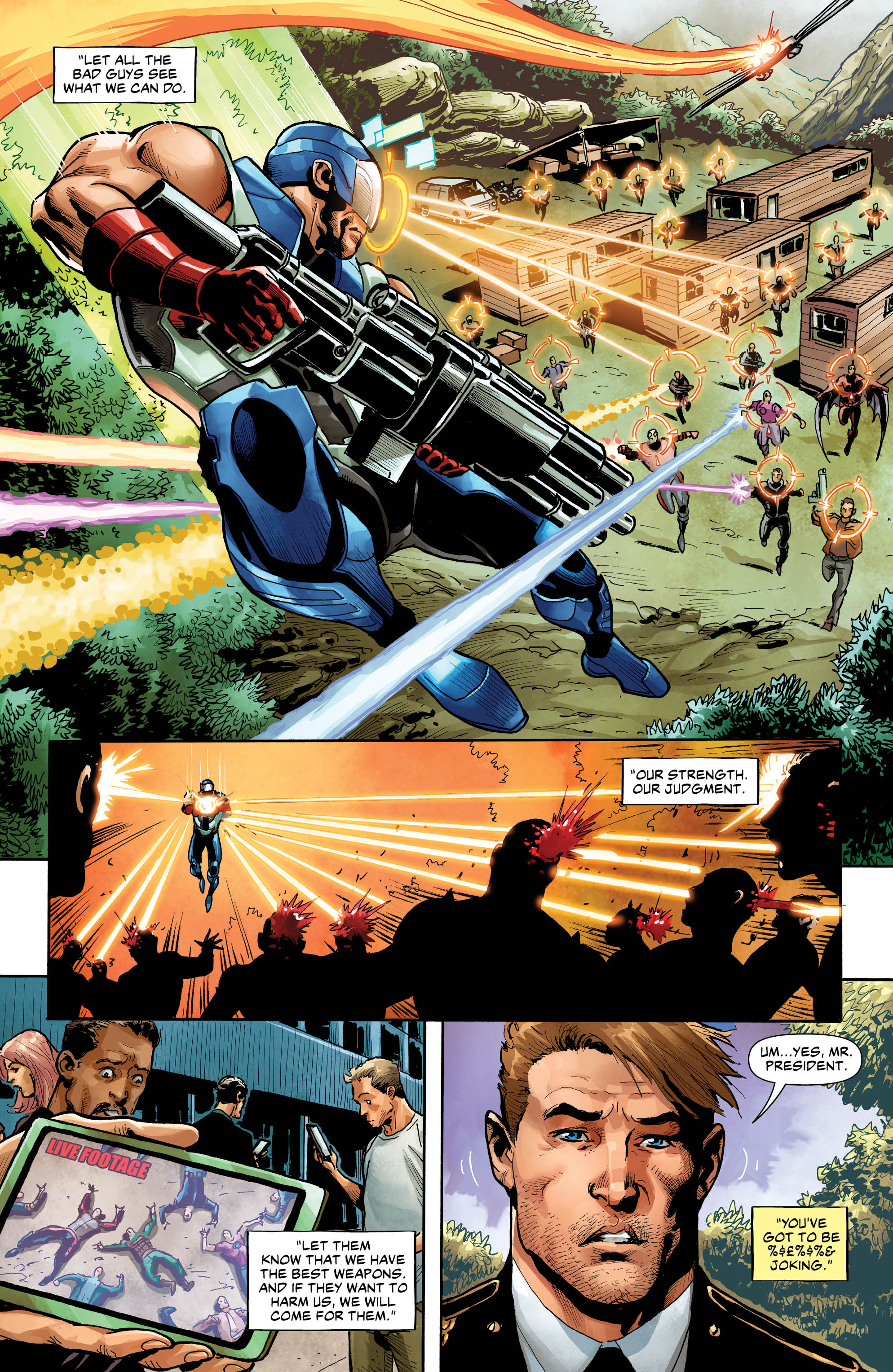 Rob Williams has given himself a fantastic opportunity here to refresh the members of Taskforce X. With the team in disarray, Williams can now take the squad wherever he wants to. There is yet another artist, and art style that comes with this issue. Tom Derenick brings a much more rigid and militaristic art style to this issue, which fits well with the story and writing of Williams.

I enjoyed this issue and can sense something big on the horizon for Suicide Squad. It seems that Williams is going to be rebuilding over the next few issues, something I think Suicide Squad needs. The comic seems to have fallen on hard times, with the characters of the comic not really going anywhere. Over the last few years, Suicide Squad has felt very similar. With the odd new characters that are introduced, killed off relatively quickly.

I’m looking forward to seeing where the comic goes from here and what Williams has planned for Taskforce X.