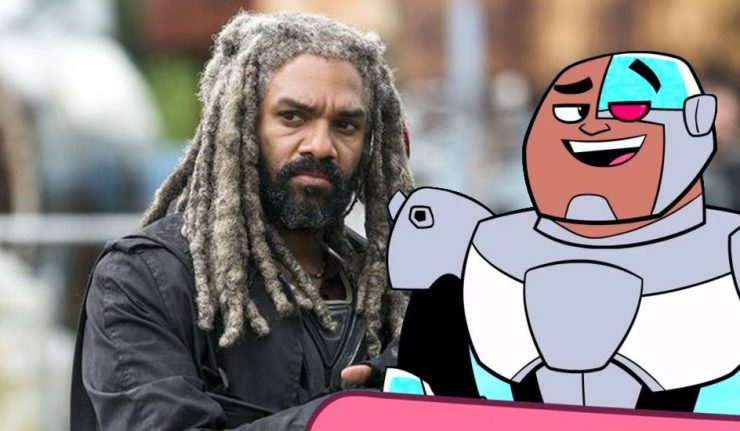 Khary Payton is no stranger to DC Comics. In Young Justice, he voiced Aqualad, Black Manta, and Black Lightning. And in 2013, he was cast as Cyborg in Teen Titans Go! And since then, he has reprised his role as a Cyborg voice actor in other DC animated media such a Justice League Action and Lego DC Comics: Batman Be-Leaguered.

The star is also well-known for his role in AMC’s The Walking Dead as King Ezekiel. Recently, Payton retweeted fanart that combines both these favored characters. A true ode by a fan, and it’s always heartwarming when artists are noticed by their beloved personality.

He retweets the fanart “Happy Day After.”

The art merges the physical characteristics of the two characters, along with his charming smile. It’s playful and imitates the art style of Teen Titans Go!

Payton will once again, reprise his role as Cyborg in the 2018 Teen Titans Go! movie. The Walking Dead will also return for the second half of the eighth season on February 25th, 2018.