Review: Batgirl and The Birds of Prey #17 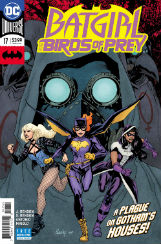 Hallejuah! What a finale that was! Holy Bat-Finale that was the most epic finale I’ve read in the Batgirl and The Birds of Prey series so far!

Issue #17 starts off exactly where its predecessor ended. Batgirl, Batwoman and Harley Quinn have been captured by the Daughters of Gotham. An all-female cult who aim to rid Gotham of all men. The trio find themselves face to face with the Daughters of Gotham’s enigmatic leader, Patient Zero. A decrepit old woman and former doctor who has lived in Gotham for nearly a century. Throughout her 100 years residing within Gotham, Patient Zero has witnessed countless crimes that still plague Gotham to this day. She realised the only way to cure the city, is to eliminate the sickness- men.

Thus, at precisely midnight, The Daughters of Gotham will initiate phase 2: release a lethal variation of the virus. Killing every man within Gotham.

Meanwhile, The Birds of Prey and the hero posse discuss their next course of action. Poison Ivy and Orphan go to Wayne Enterprises’s Medical Division in order to concoct an antidote.

The Daughters of Gotham intend on releasing the virus at Seaside Coliseum, killing all the men there. Fortunately, The Birds of Prey posse arrive on time. A massive brawl ensues between the posse of heroes and the Daughters of Gotham. Just as Patient Zero is about to unleash the virus, Poison Ivy and Orphan arrive with the antidote and Gotham Girl disperses it throughout the coliseum.

The Daughters Gotham are defeated and Patient Zero is thrown in prison. The male populace of Gotham are recovering and The Birds of Prey resume their regular duties. 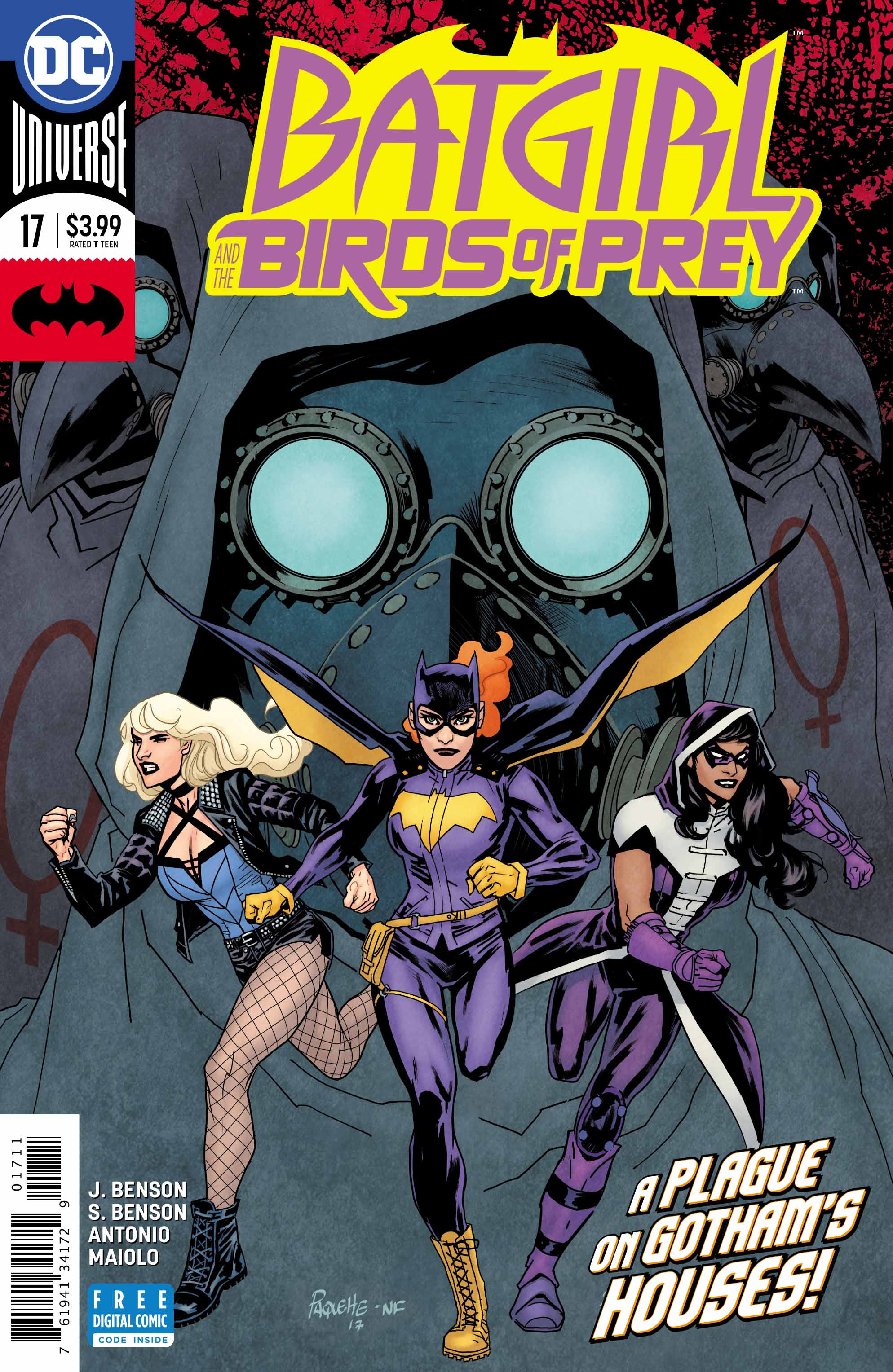 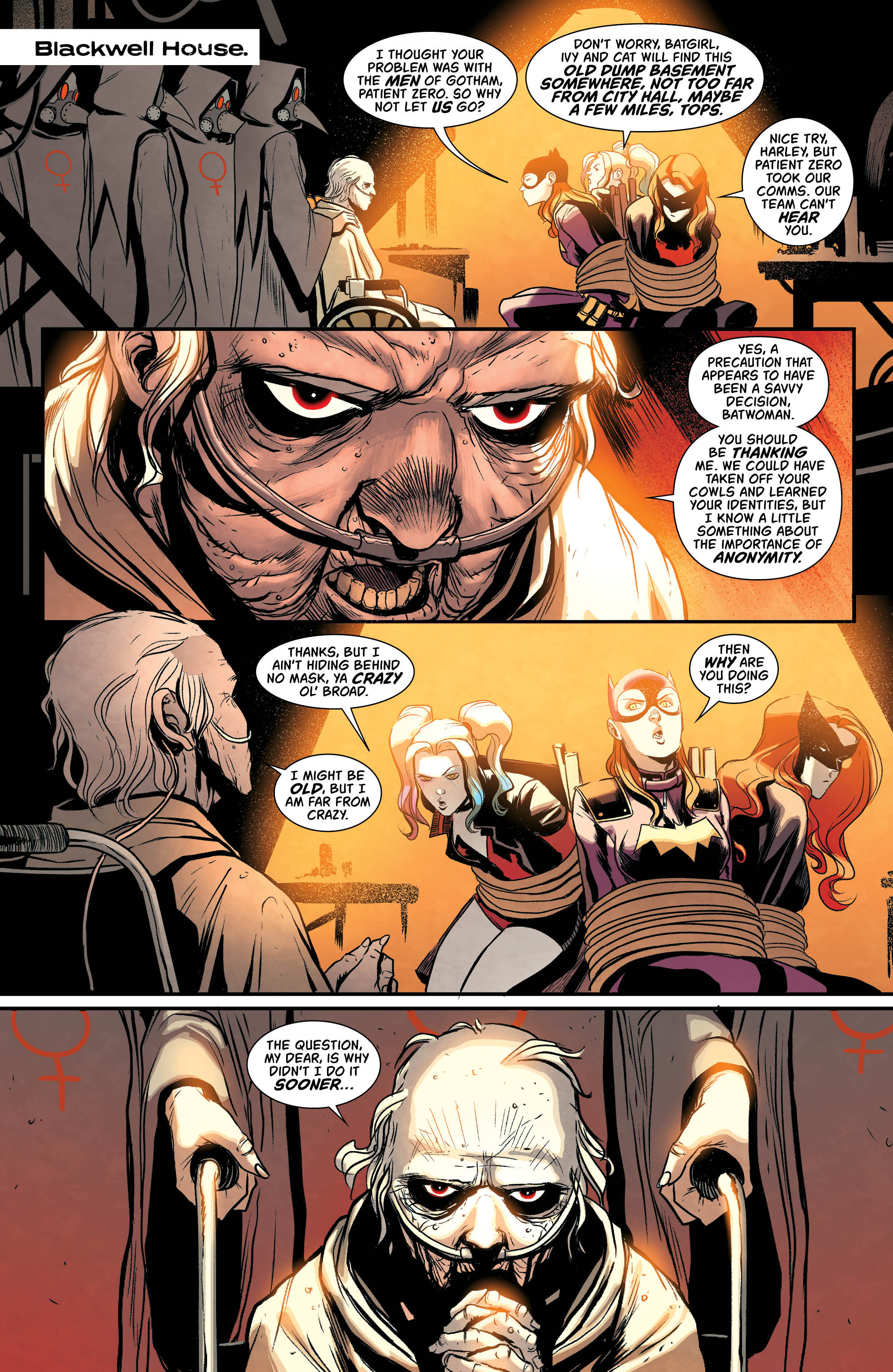 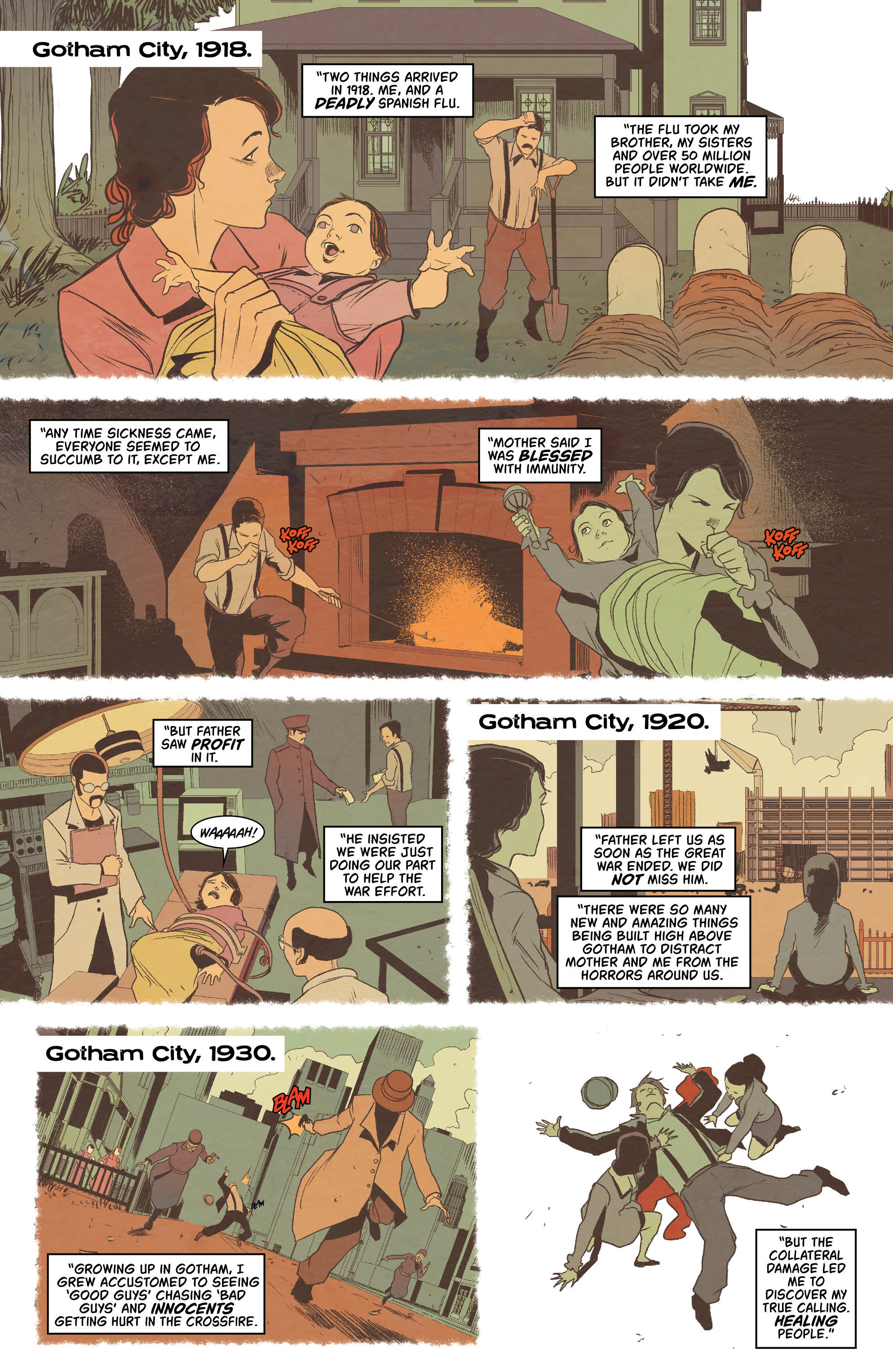 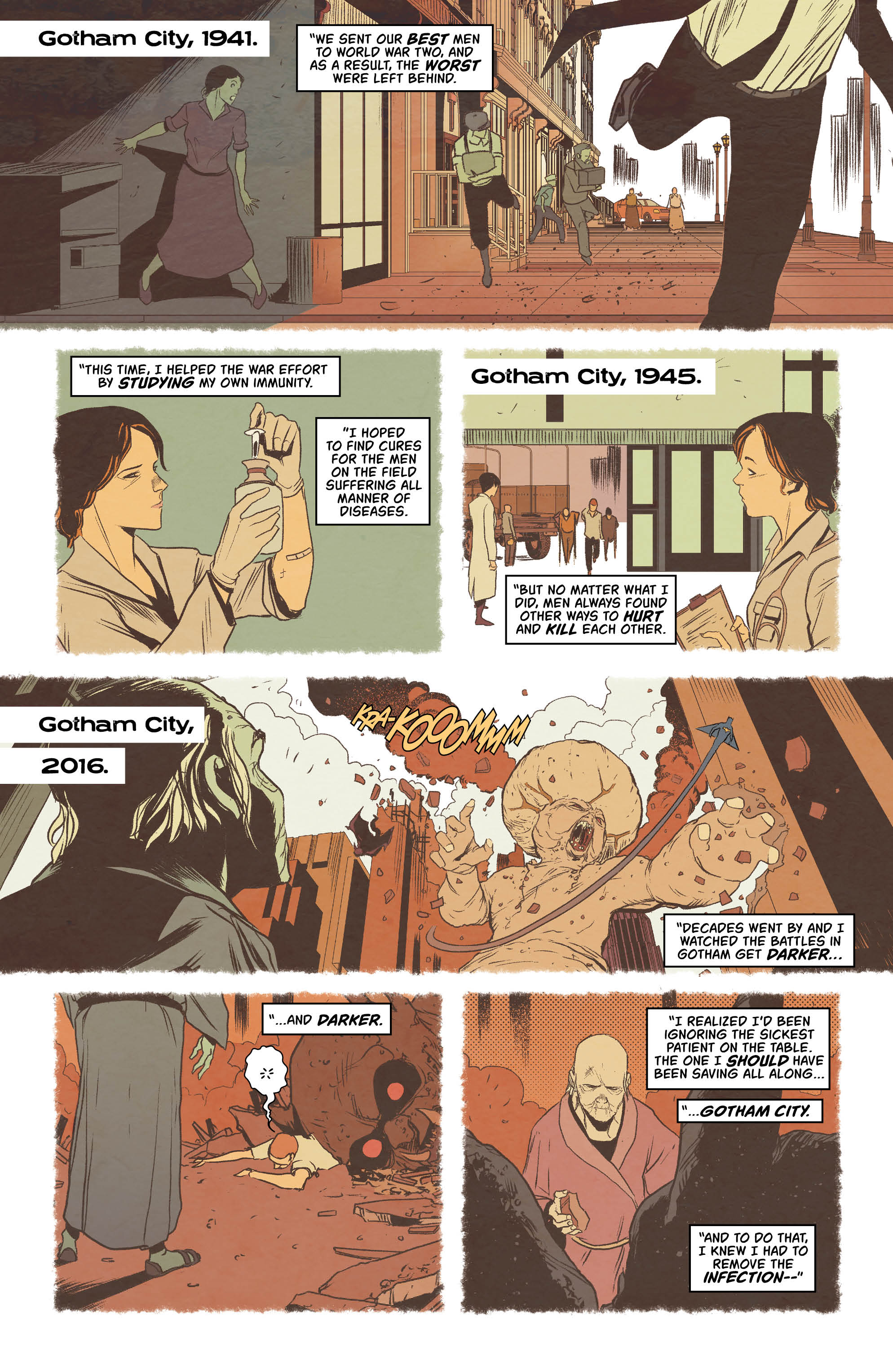 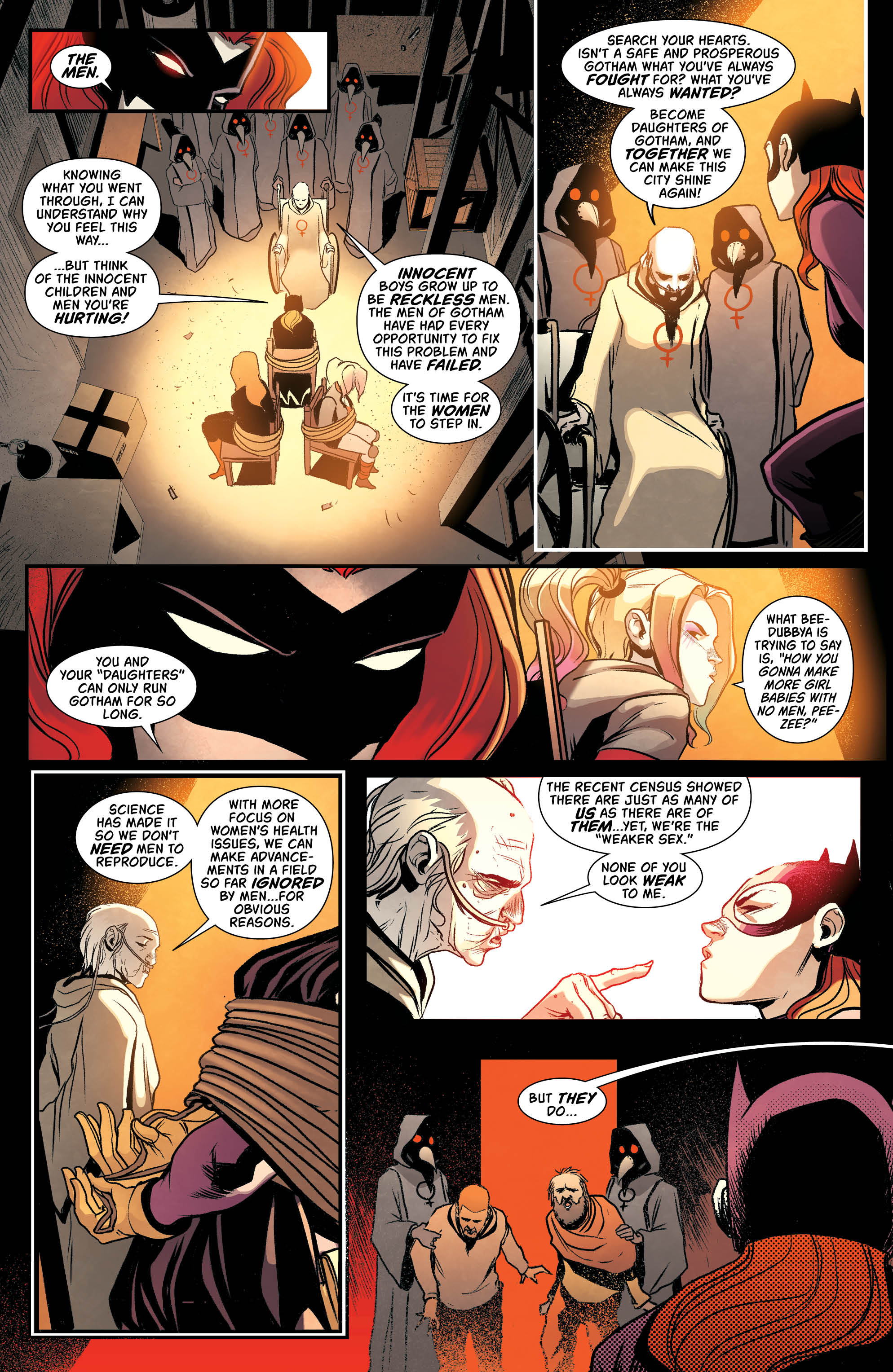 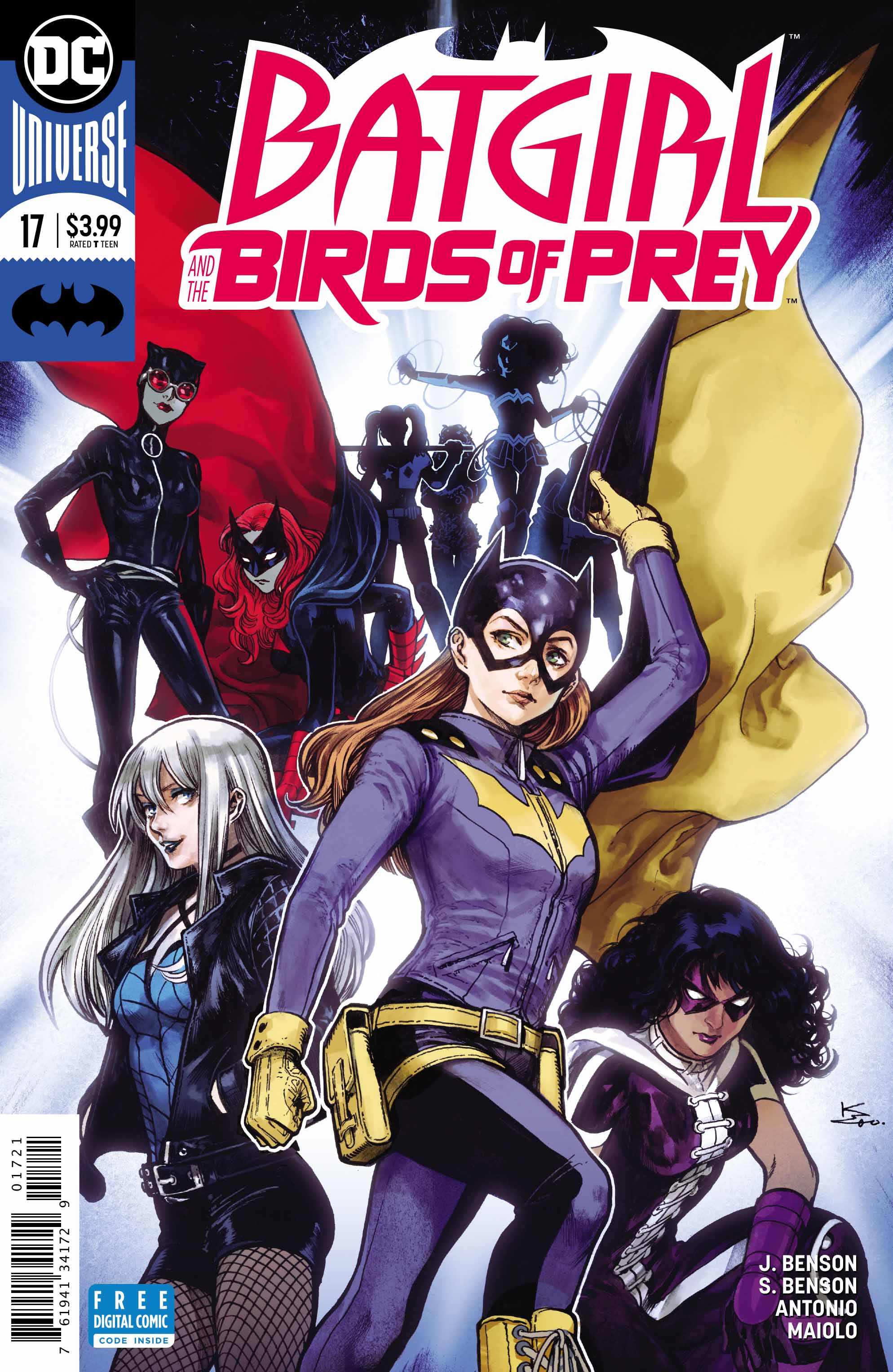 SO MUCH STORY, YET AMAZING PACING

One of the strongest aspects of issue #17 was the impeccable pacing. Despite the large cast of characters, Patient Zero’s backstory, the main story and incorporating the action sequences, the plot never felt overlong. The plot just flows seamlessly from panel to panel, never stopping until it reaches its destination. I was immensely impressed that Julie & Shawna Benson have accomplished such a tremendous feat. Bravo!

I will admit that due to the large number of characters the panels can become overloaded with speech bubbles. SO MUCH that it became difficult to follow the dialogue. It worked much better where there were fewer characters in the panels. It was still undeniably wonderful to see so many iconic characters interacting with one another.

As always Roge Antonio’s signature artwork still holds up brilliantly. The attention to detail on Patient Zero’s century old face was astonishing. It was clear Antonio instilled a massive amount of effort into etching every wrinkle and wart onto her aging face. Her eyes alone just emulated pure dedication and resentment. I will mention there is still the occurrence where there are panels featuring characters drawn without faces. It’s something that occurred in the previous issue and I was slightly baffled it hasn’t been rectified. It became prevalent whenever characters were in the background.

Batgirl and The Birds of Prey #17 was an enjoyable, thrilling, heartwarming and fitting finale to the “Manslaughter”. Major props to the writing duo for managing to balance so many characters in one issue yet still have a great pacing. Despite some artistic mishaps, Roge Antonio’s artwork will always be synonymous to the series.