“Rime of the Ancient Mariner” 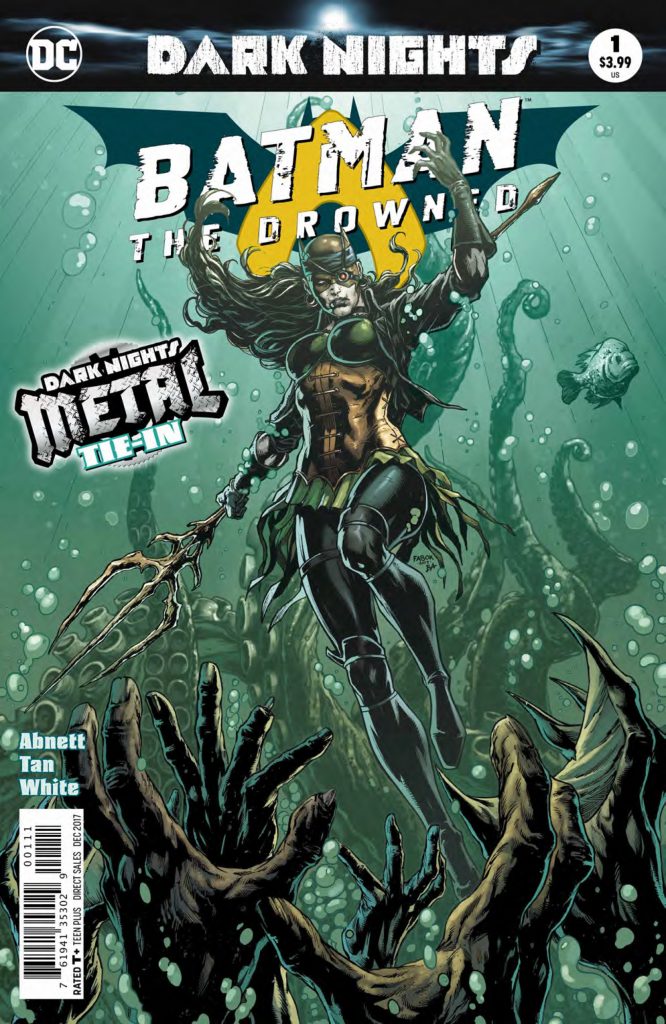 As we dive into the back half of the Metal event, we continue to explore the evil Batmen. Batman: The Drowned #1 has the opportunity to show us a gender flipped world on Earth -11 and the depths that Bruce (or Bryce in this case) will go to protect the innocent. There are some interesting points in this story with amazing art—something that has been consistent throughout Metal.

Batman: The Drowned #1 opens with The Drowned reaching for the light as she enters Earth-0’s Amnesty Bay. She then begins to submerge the town in water. While the visuals are stunning, the script leans heavy on exposition. By giving us a female Bruce Wayne in Bryce, and naming her love as Sylvester Kyle, readers can defer that gender roles are reversed on Earth -11. Yet, when Aquaman enters the story, Bryce straight up tells the reader that’s what’s going on. Even if the reader didn’t understand at that point, Earth -11’s story shows us Aquawoman.

As frustrating as this book breaking the “show, don’t tell” rule is, it’s the fact that almost everything that Bryce says in her narration is something that we’ve heard before. While the story of The Drowned and Earth -11 offer some interesting details, the story on Earth-0 is repetitive. It’s hard to imagine, at this point, that someone is reading Batman: The Drowned who hasn’t already read the other one-shots. It’s safe to say there doesn’t need to be pages dedicated to the light of the DC Multiverse and the darkness of the Dark Multiverse. 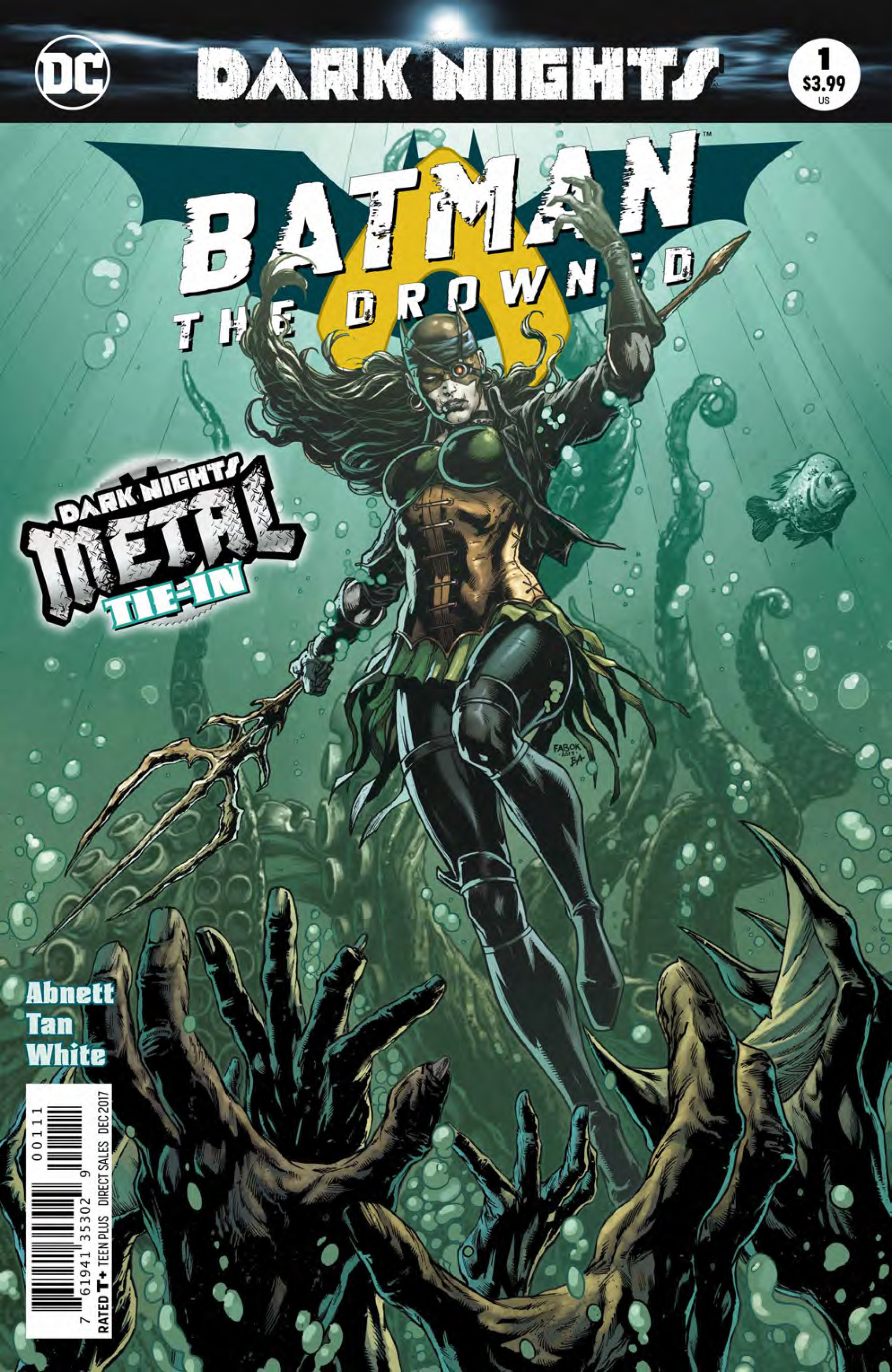 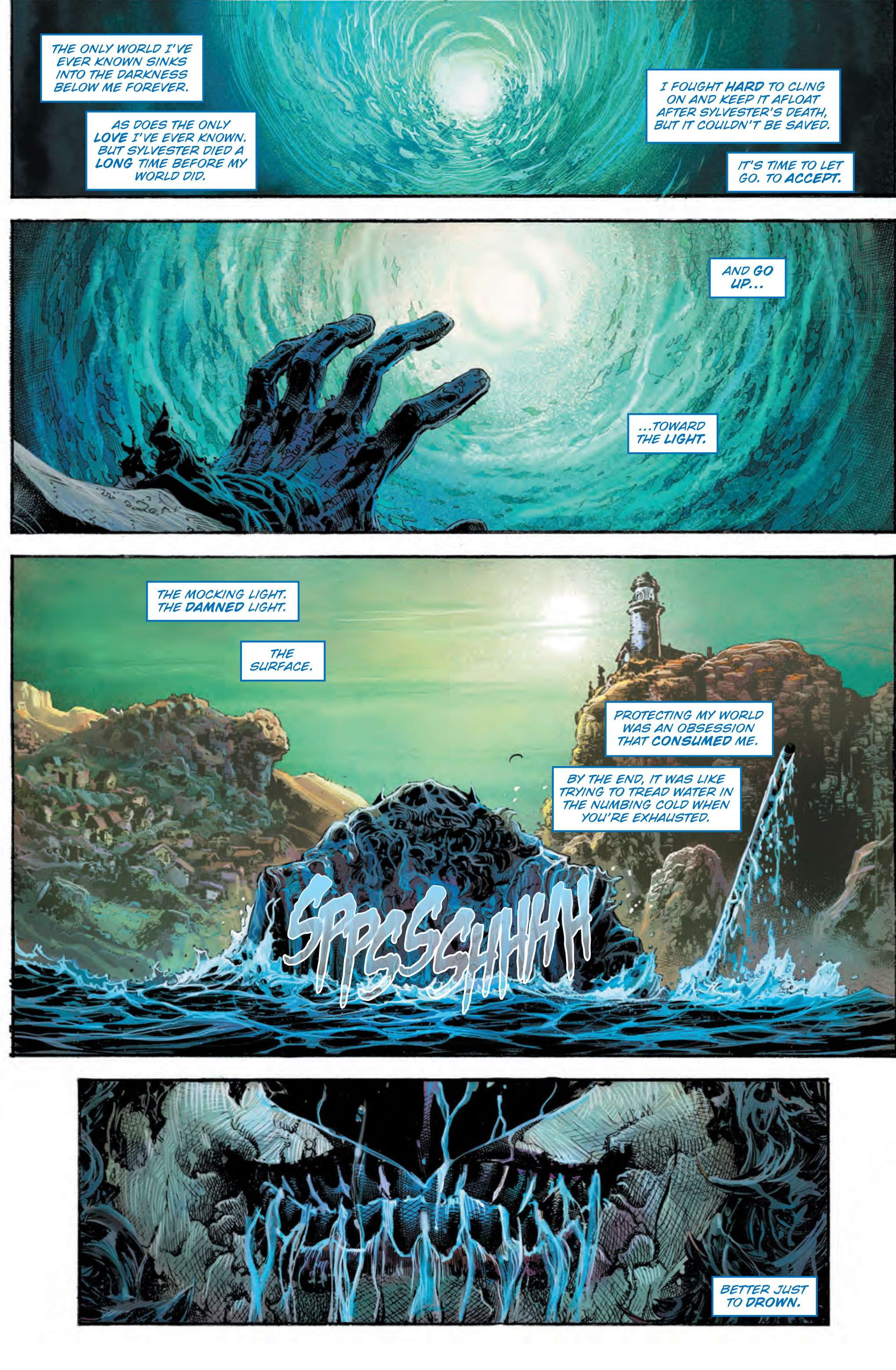 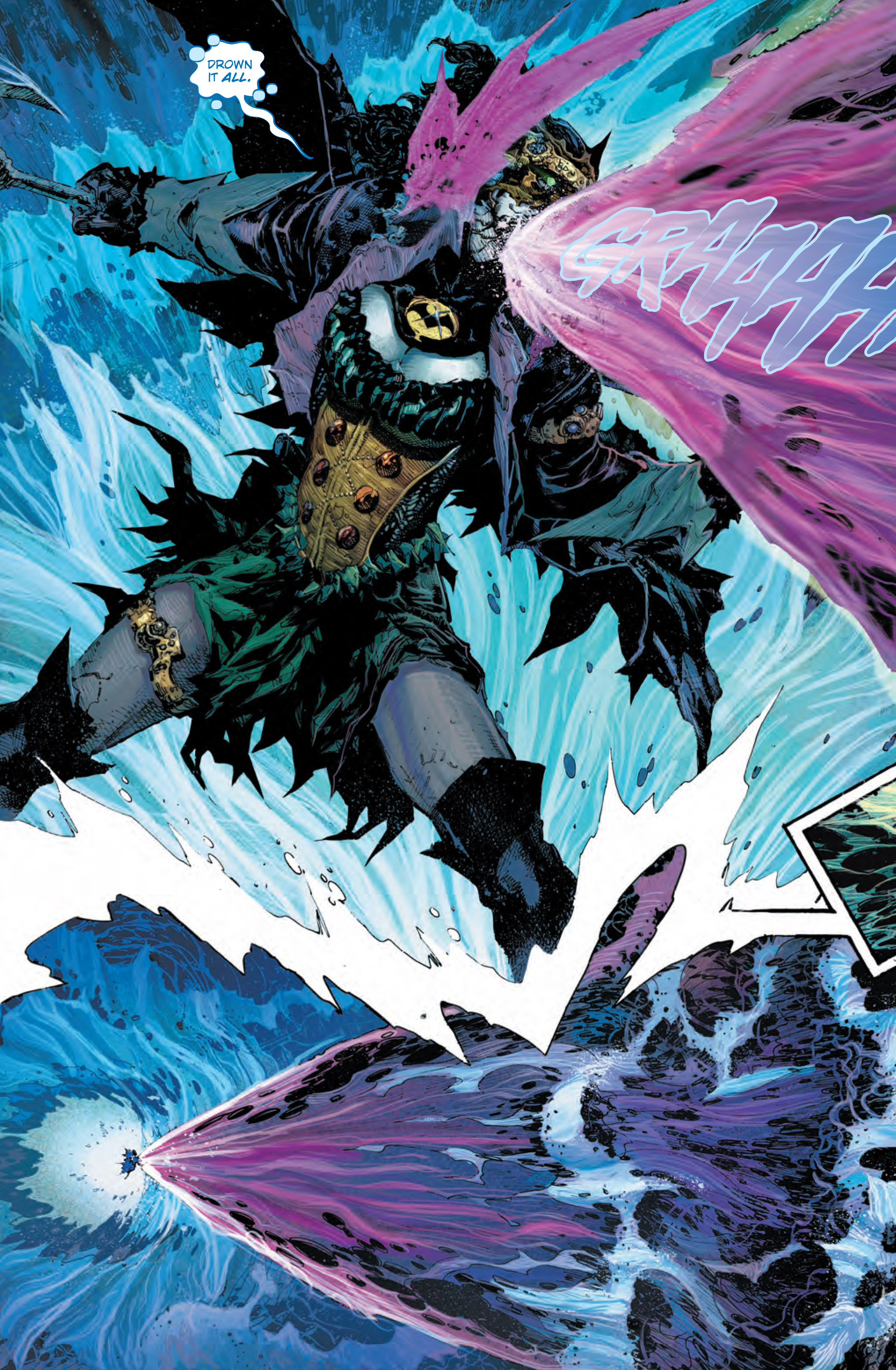 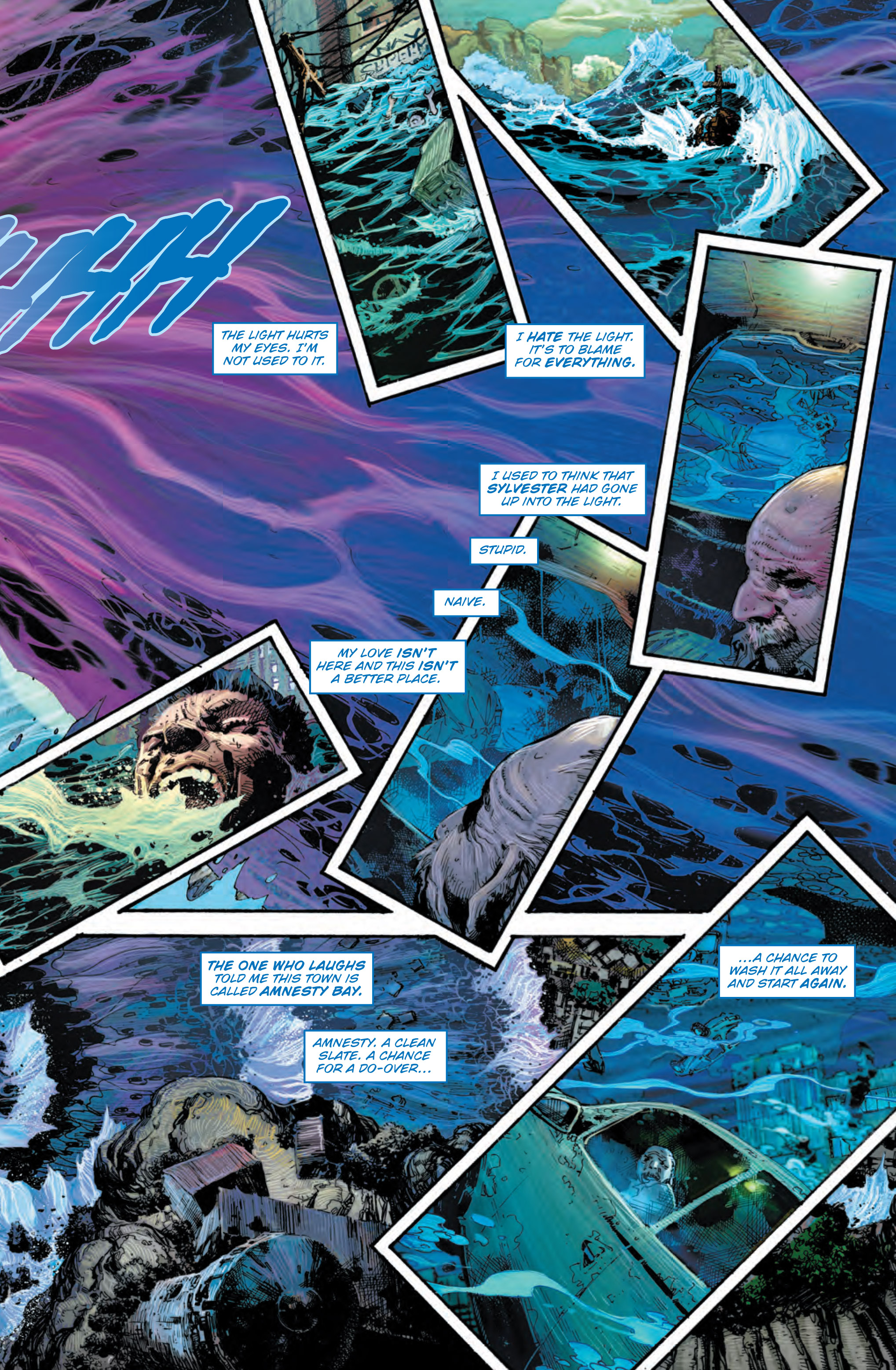 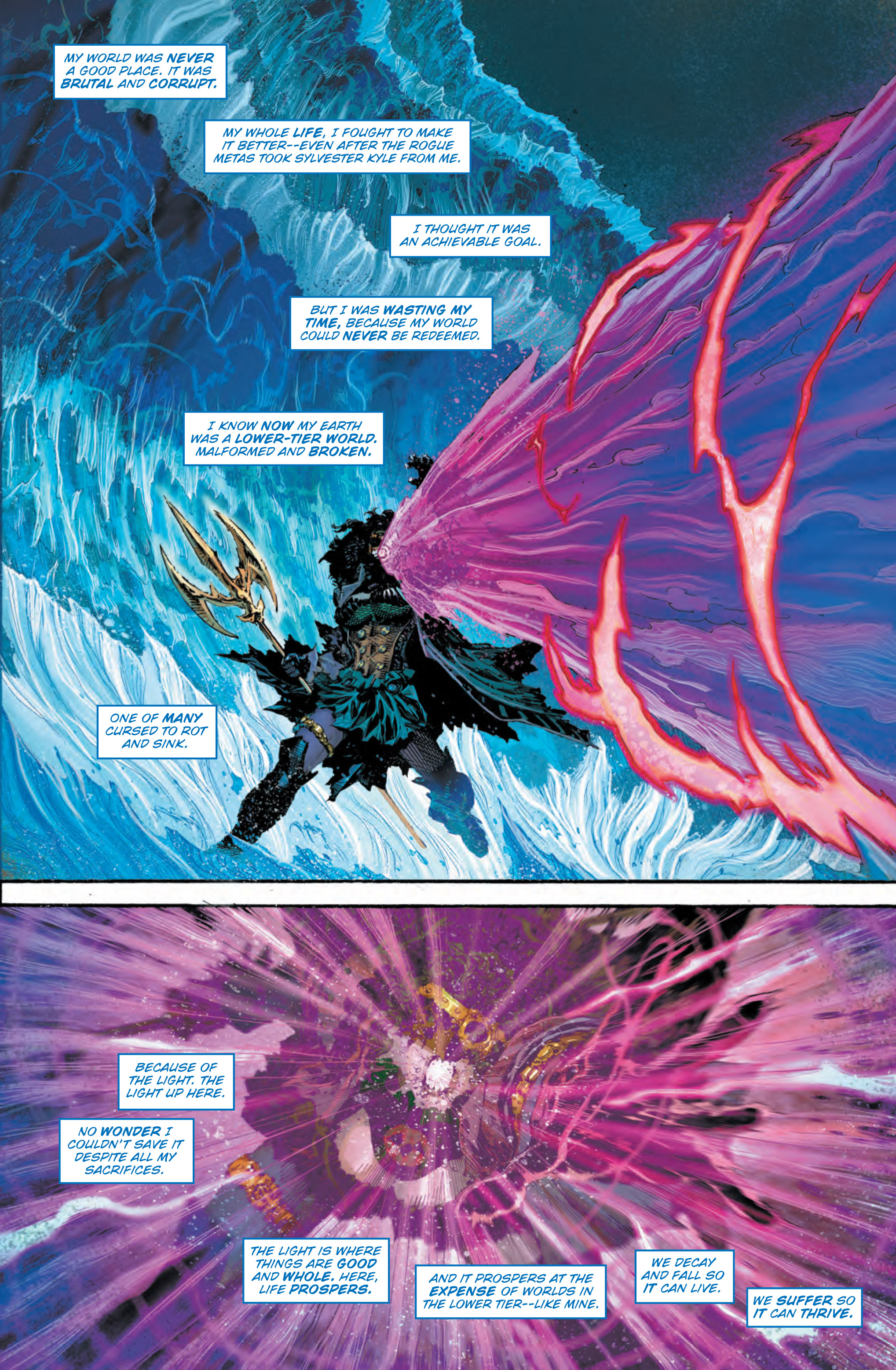 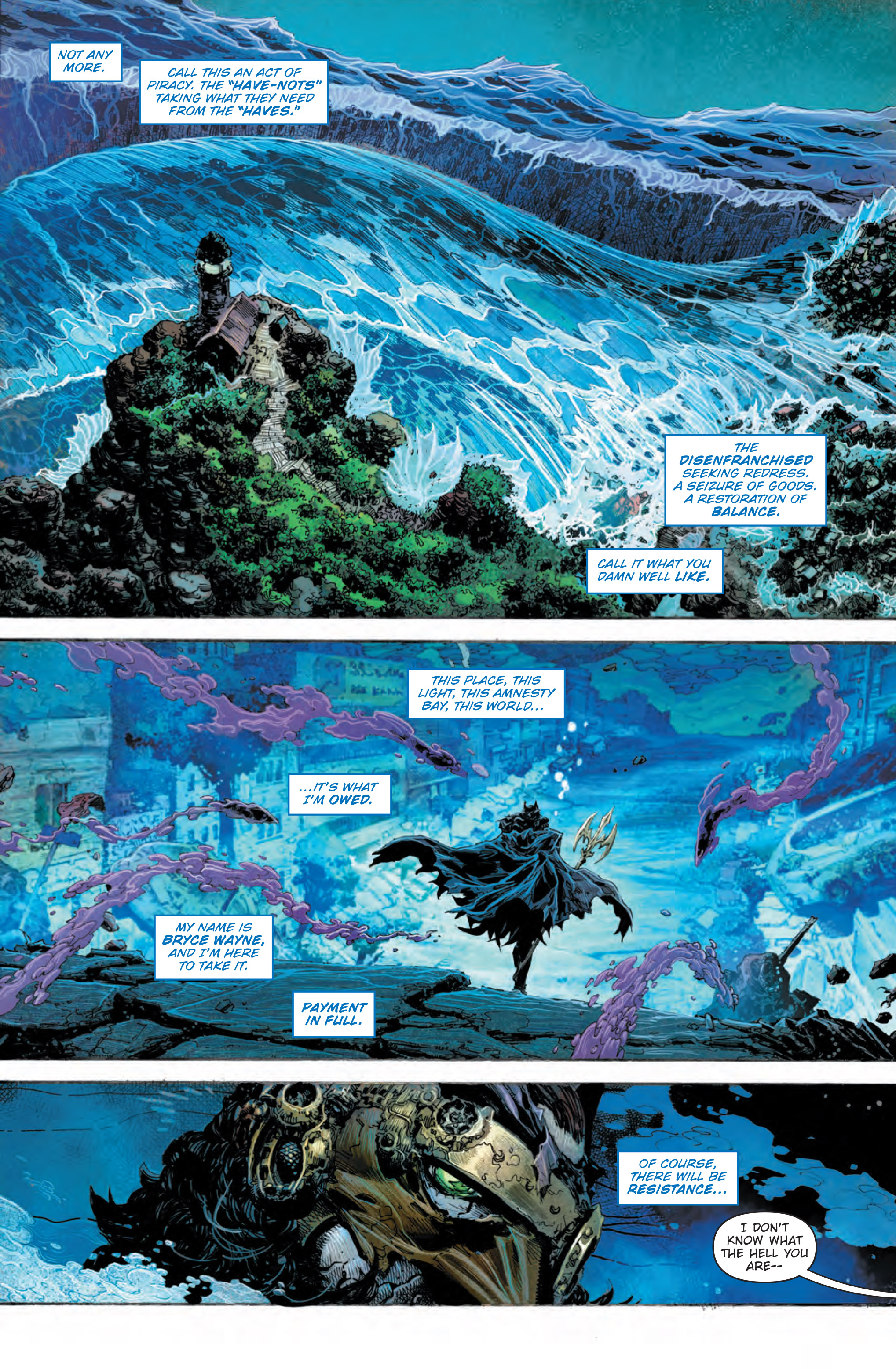 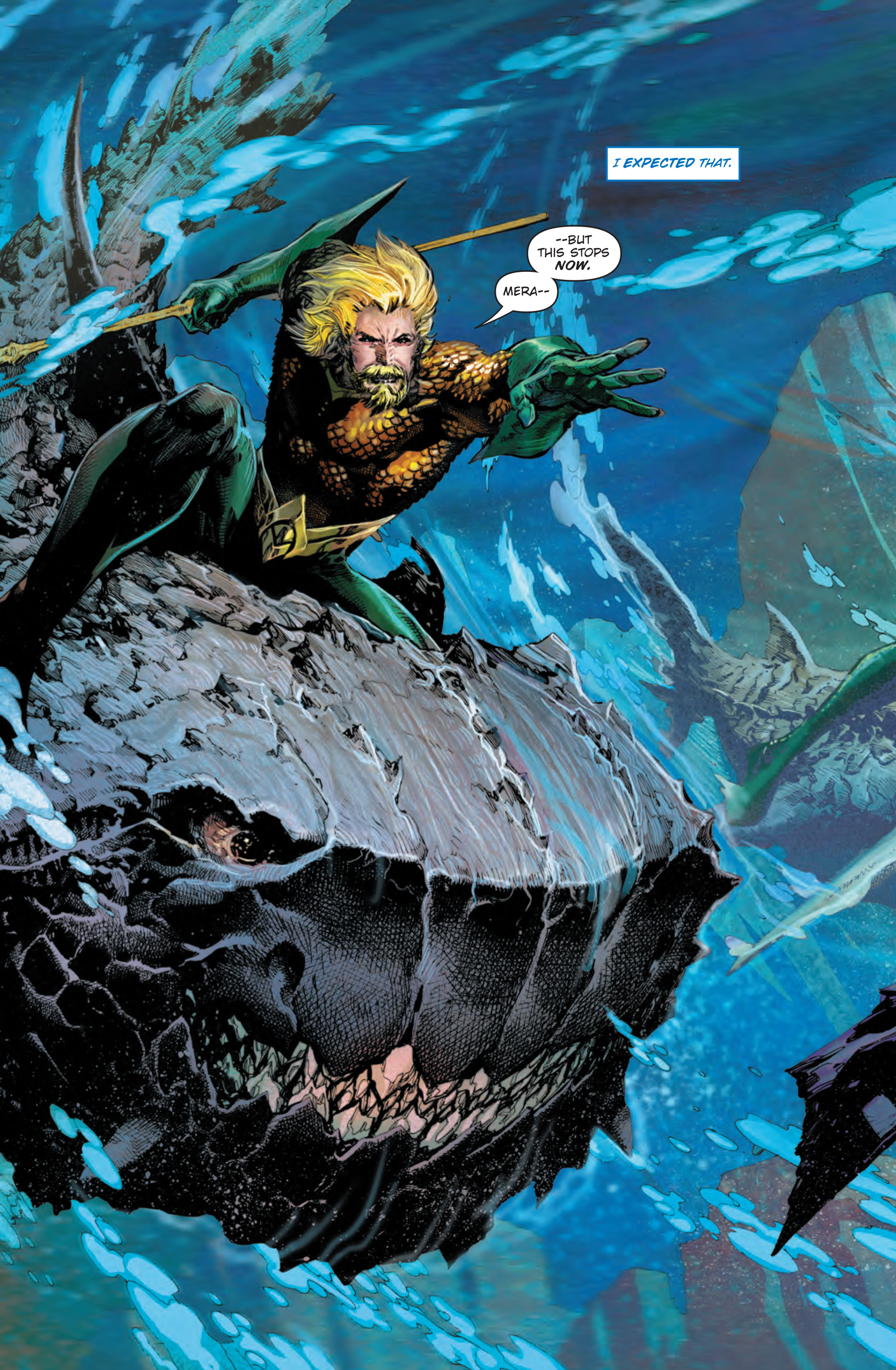 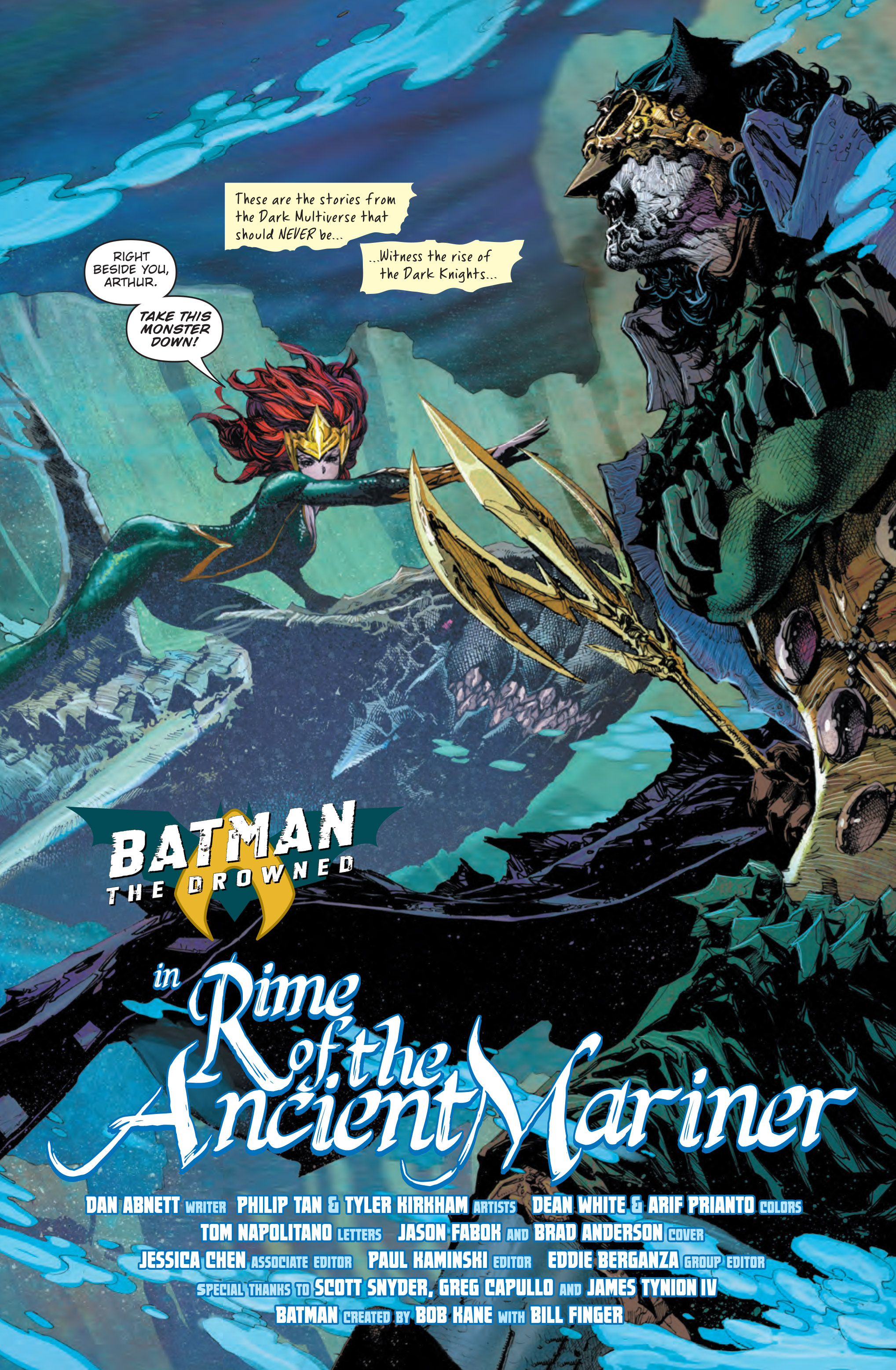 There are positive elements of this story that I appreciated. As mentioned above, the idea of a gender flipped world is incredible. That world would offer us new takes on every DC character as we know them. Bryce is presented as an interesting character throughout and I would love to see more with her. This is a person who was willing to modify their own DNA, turning herself into the very thing she hated—a meta—to win a war. That scene in particular is worth picking up Batman: The Drowned #1 alone.

Despite the heavy exposition, Dan Abnett’s writing is enjoyable. I felt a slight connection to the poem The Rime of the Ancyent Marinere by Samuel Taylor Coleridge while reading this issue. While I would have rather more showing then telling, Abnett’s themes are strong. The world is unfair and will likely drown you with the bad hand it deals you, unless you rise up and drown the world first. Bryce took it literally.

Speaking of rising up, Philip Tan’s art rose to the occasion for this Metal tie-in. Bryce is drawn with such detailed line work that you don’t even notice until Aquaman and Mera arrive. Drawn with simpler lines and brighter, they contrast Bryce wonderfully. I have minor issues with costume choices—as Batwoman, the costume is what I would expect, though fighting underwater with heels seems like an odd choice. As The Drowned, I really dig the biopunk look, though don’t understand the choice to have less covering her. Other than those two minor quibbles, Tan’s art is incredible and keeps the book feeling like it’s part of Metal while having his own touches.

This has been the toughest Metal-related book to read. The issues I had with Batman: The Red Death were related to pacing issues and not understanding Batman’s motivations. My issues with Batman: The Drowned are related to the story itself. Very little felt new in this book. While the writing wasn’t bad and touched on interesting themes, it was repetitive and exposition-heavy. It felt like a wasted opportunity to explore Bryce Wayne as a character.