The gifted voice-over director, Andrea Romano, officially announced her retirement on July 31st, 2017. She was the casting director for iconic and influential tv series such as Avatar: The Last Airbender, Justice League (2001-2004), and Justice League Unlimited, along with countless others.

Romano has shared her wicked talent throughout 10,000 voice session. It is with a sad announcement that she had to retire due to her diagnosis of optic neuropathy. Due to the illness, she suffers blindness in one eye.

She has stated she plans to work for another 2 or 3 years, but will wrap up current projects due to her diagnosis. 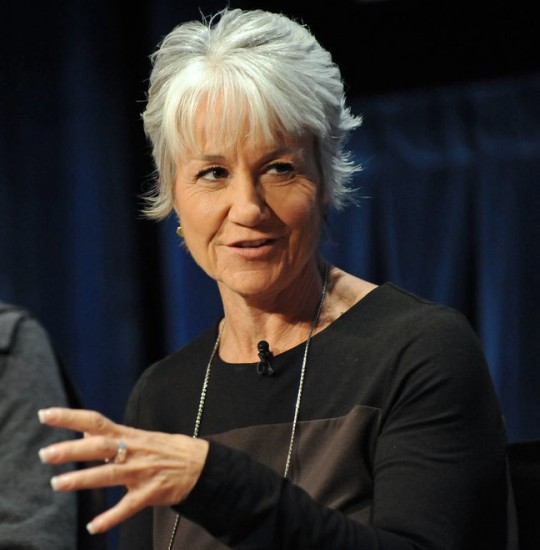 I shall miss so many aspects of this industry – particularly the people I’ve worked alongside, and all the fun that happens on both sides of the glass. From the bottom of my heart, I extend my sincere gratitude to every actor, producer, director, engineer and colleague that has helped make this run so incredible.

Romano truly loved her work, and we can see it through all the magic and inspiration she’s helped create. The characters she was in charge of representing are pinnacle example of the animation-ages and helped mold morals in the children influenced by them.

After her debut with DuckTales as a voice director, she took off. She’s been a part of over 40 TV series, over 1,600 episodes, over 50 films, and 20 video games. Her most recent biggest hit is Voltron: Legendary Defenders, owned by Netflix and it will premiere its third season in August 2017.

She will be greatly missed among the DC community as she has been in charge of several beloved series and animated movies. Her most recent works with the DCUO were Justice League: Gods and Monsters, Batman vs. Robin, and Batman: Assault on Arkham. All which carry high ratings by audiences and critics. Throughout her career, she has received 35 Emmy nominations, as well as the Friz Award for Excellence awarded in 2016.

Doing this job, working with all these wonderful people, has been my ultimate blessing. I couldn’t have hoped to spend the past three decades with a better group. I’ve truly been the luckiest person on Earth.

It is wonderful to hear that she plans to continue working in the entertainment industry, regardless of retiring from her career as a voice-acting director. Her work will go down in history.