“Every Epilogue is a Prelude” 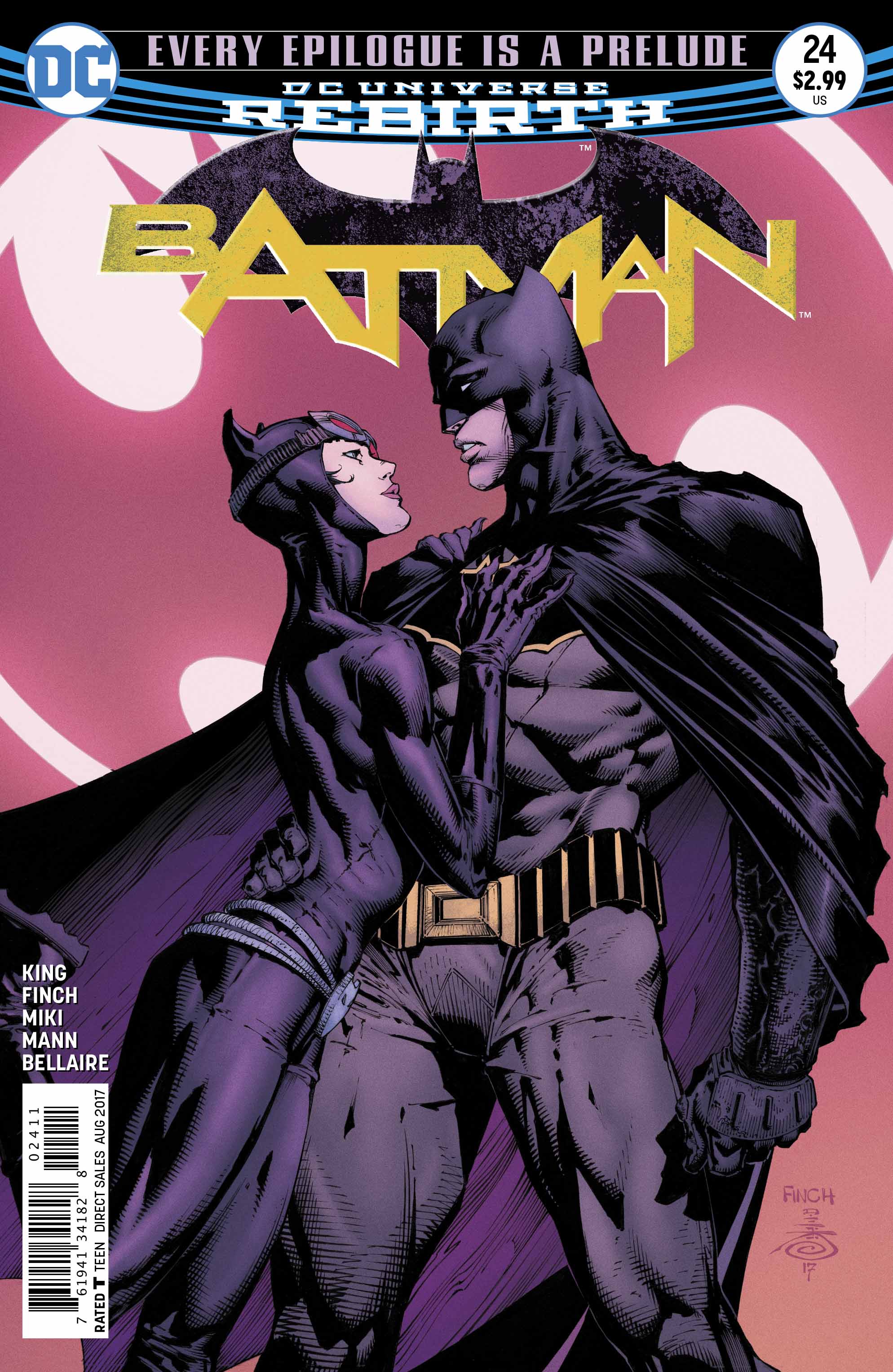 Tom King’s one-shot issue delves into Bruce Wayne’s personal, intimate side to answer the question: Can Batman ever truly be happy?

This issue heavily examines how Batman functions emotionally. We all know that he is a self-sacrificing hero. But King forces us to consider is Batman a truly whole person who is capable of existing without the cape and cowl? King utilizes Gotham Girl as an excellent objective viewer who is not afraid to confront Batman about this. She is wide-eyed, fresh, and a little naive. These traits make her the perfect person to counteract and cut through Batman’s aloof exterior and have a real heart-to-heart about his life choices. What makes this one-shot more intriguing is that if you have been following King’s Batman run closely, the thematic motifs lay the groundwork for an emotional build-up. This issue did not happen in a vacuum. It is picking up on King’s threads from his previous story arcs and even plot lines from “The Button” crossover with The Flash. 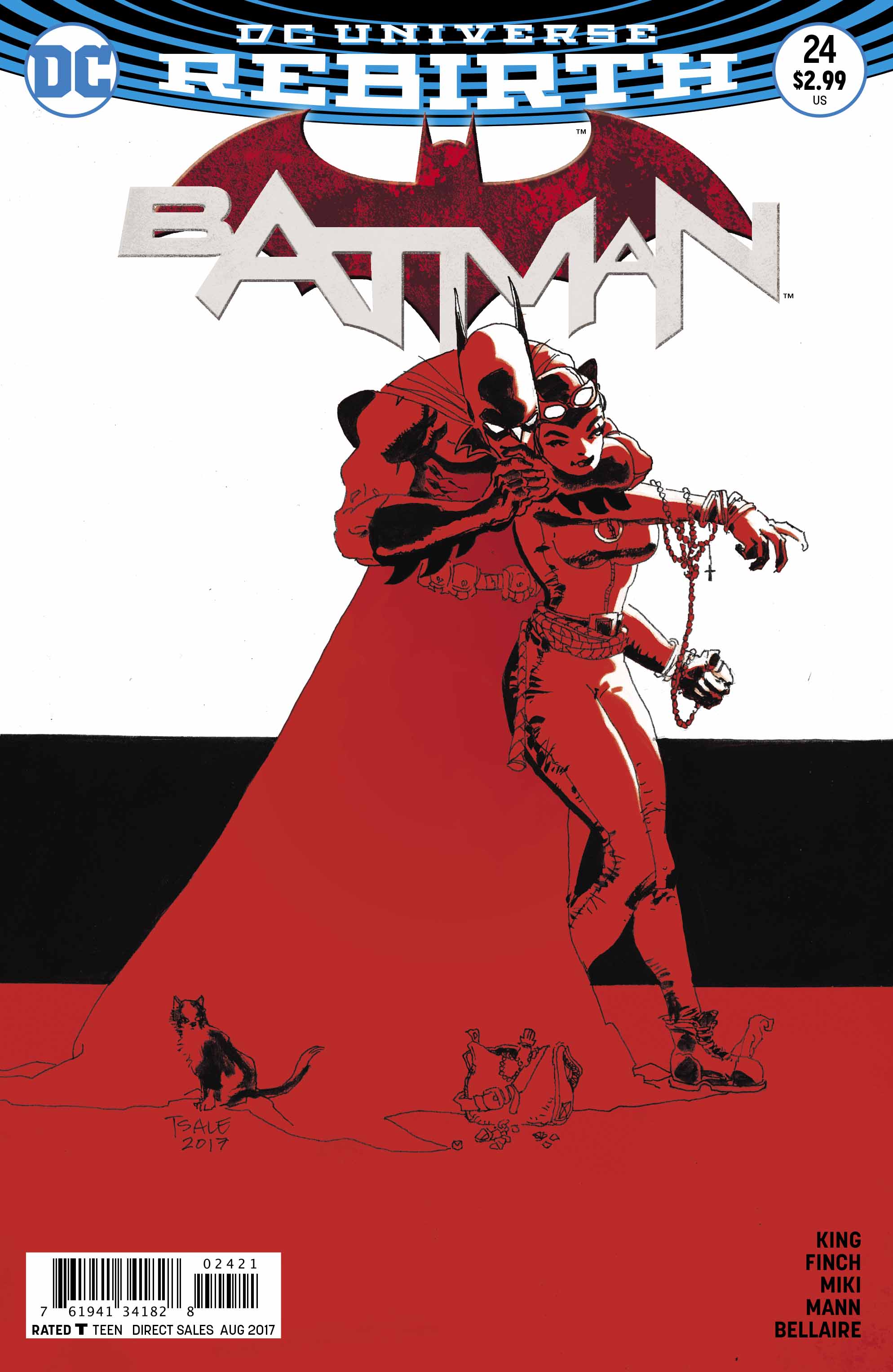 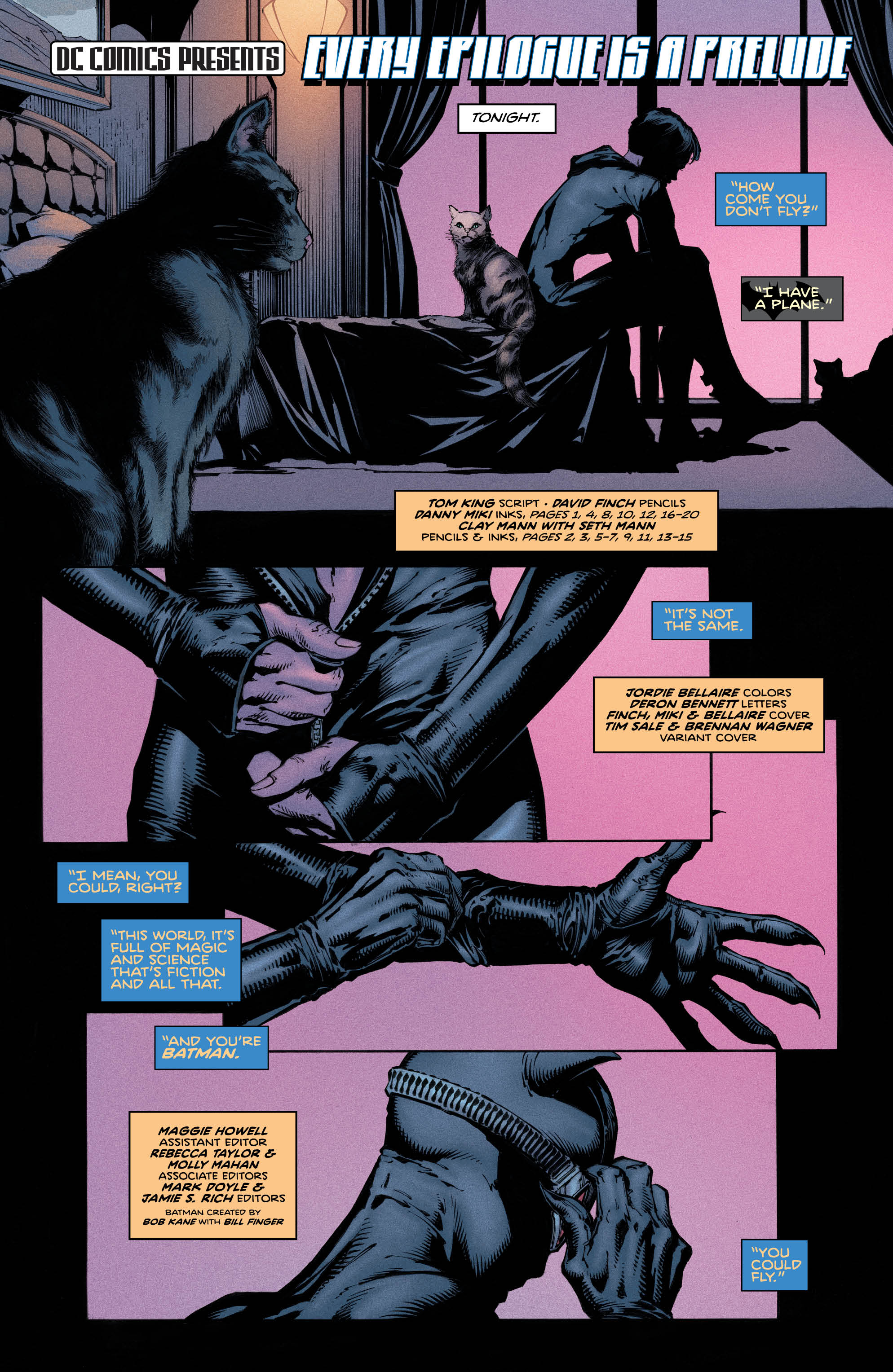 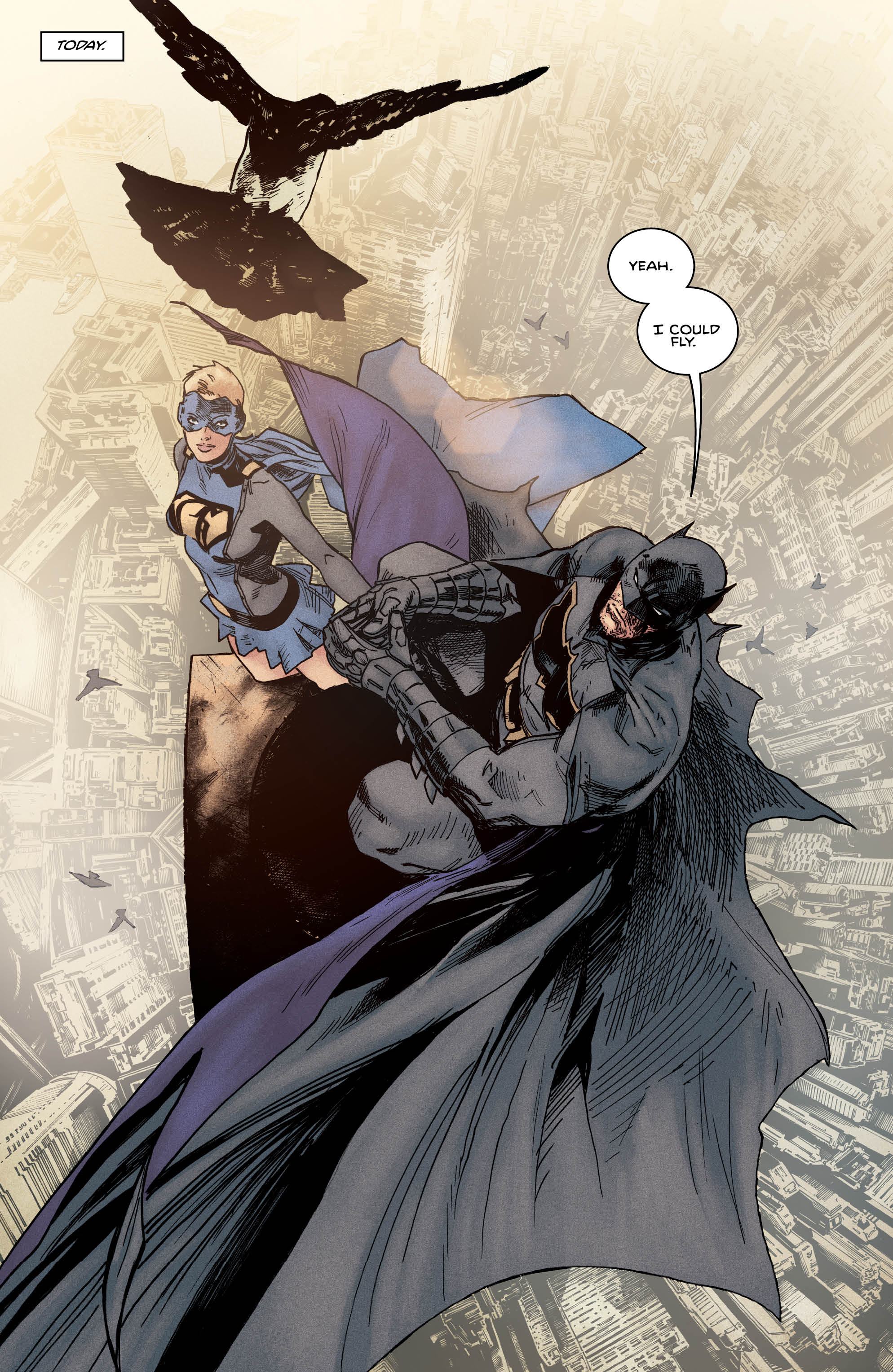 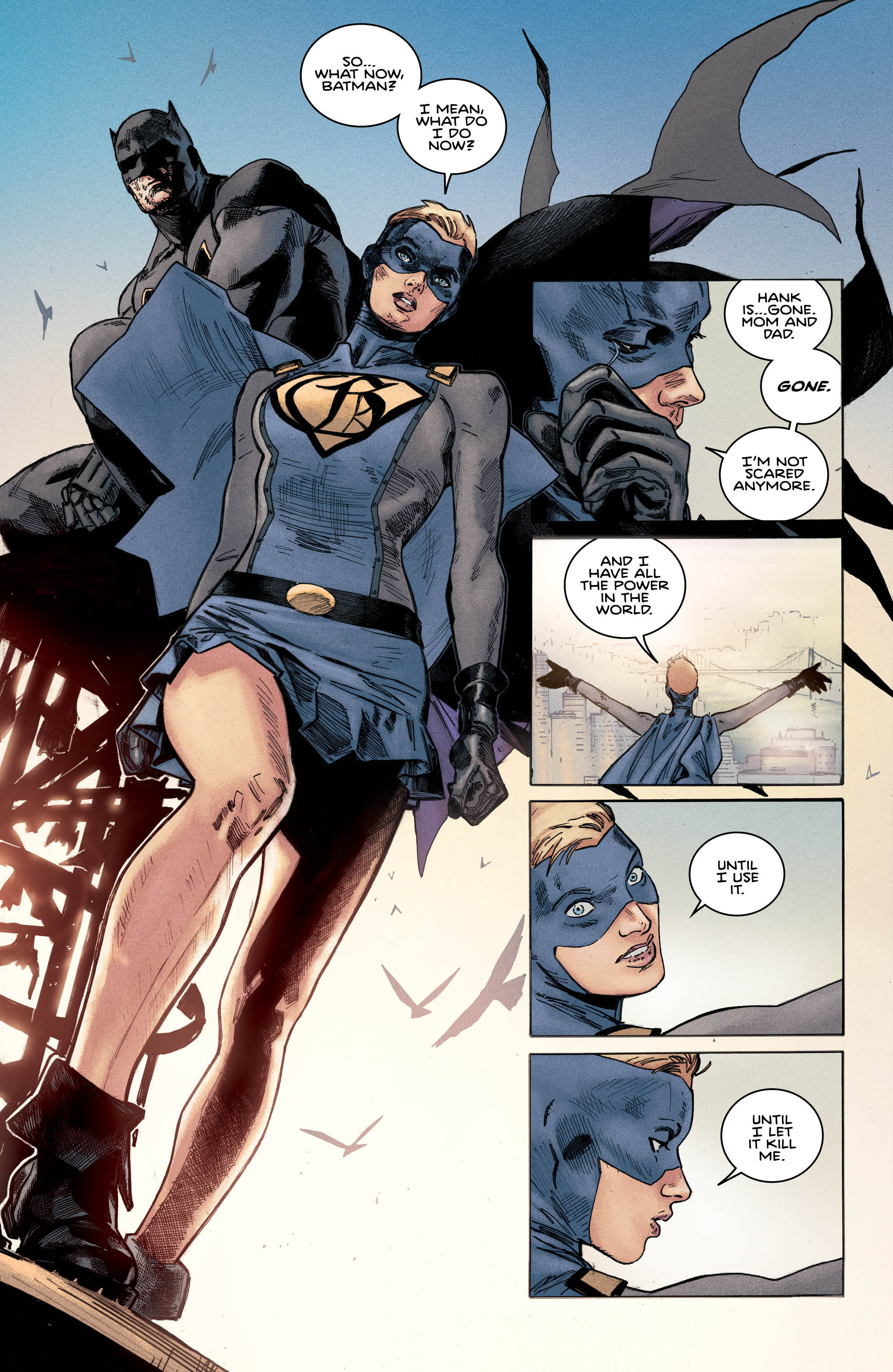 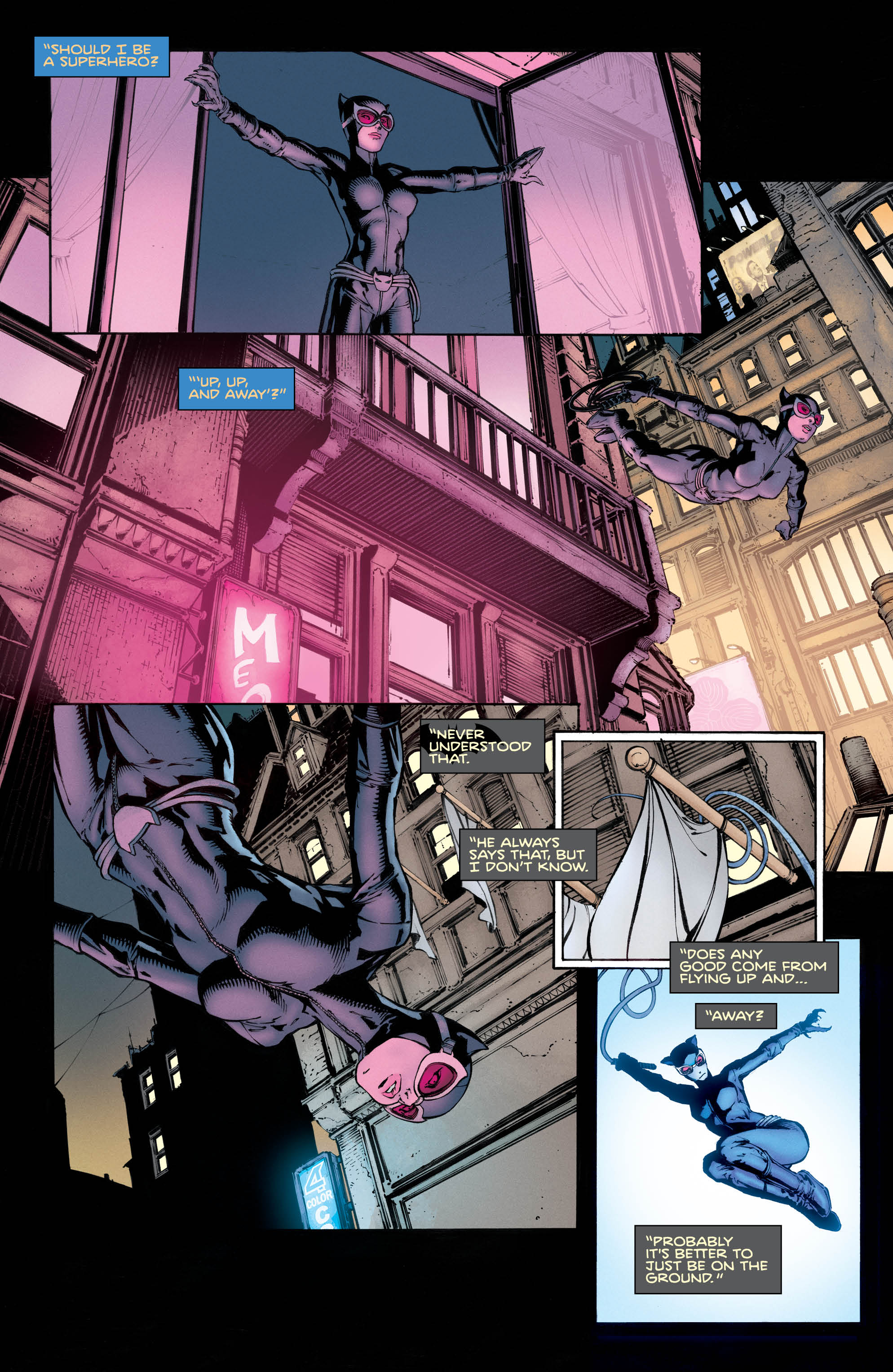 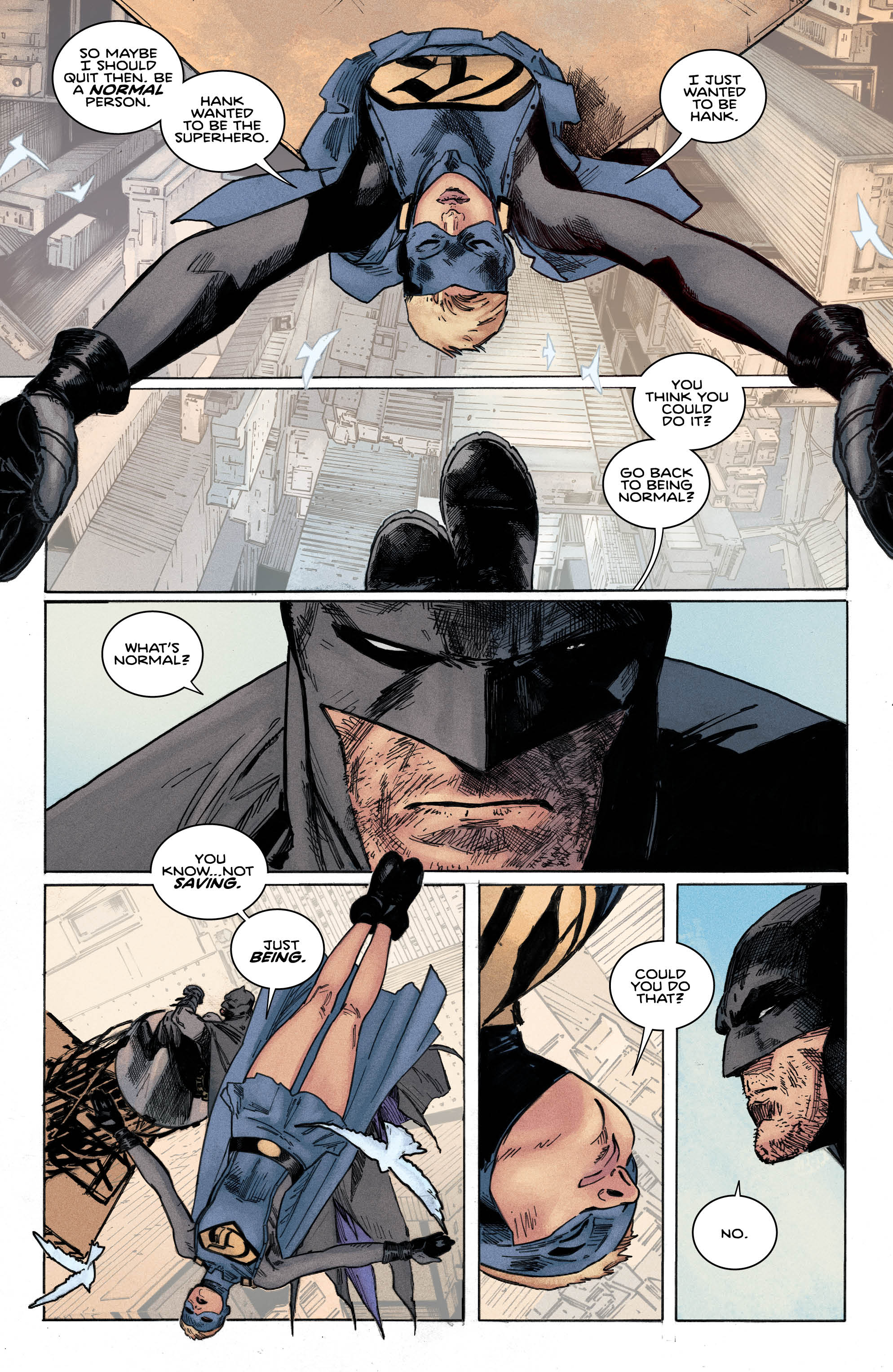 Which brings us to the cliffhanger ending. In case you did not have the last page reveal spoiled already, it is a bombshell. As a reader, I feel torn by it. On the one hand, it is a natural progression of what continuity and King’s storylines, but it also feels so abrupt. Even given Catwoman’s recent appearances in the title, the ending is still sudden. The problem is that Catwoman’s interactions with Batman are relatively sporadic, making the revelation a little out-of-left-field. To compound the frustration, we will not know the resolution for the cliffhanger until after the next story arc “War of Jokes and Riddles”. This means we will not know what happens until four months from now.

This issue’s art was split amongst two artists: series regular David Finch and Clay Mann. It is an odd choice to have two artists in the issue since their styles are both wildly different. Between the two of them, Mann’s style lends itself better to this issue. I’ve said it before, Finch has artistic strengths, but depicting quiet scenes that require subtle facial “acting” from the characters is not one of them. It is unfortunate that he was assigned the more important Catwoman scenes. His style completely clashes with the tone of King’s script. On the flip side, Mann’s art is smoother and much more befitting for the deep emotional themes of the issue.

This issue is a divisive one. The character interchanges between Batman, Catwoman, and Gotham Girl are delightful. However, the script and art is a little uneven at times, especially with the controversial ending.