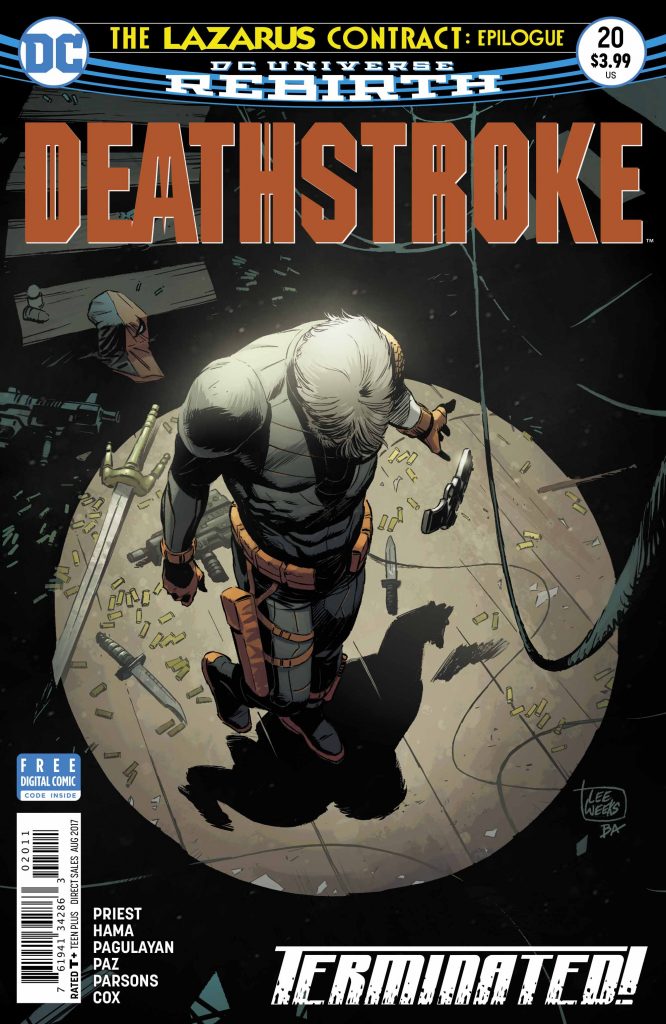 Fresh off the end of “The Lazarus Contract,” Deathstroke #20 serves as an epilogue to that event, as well as heralding in a new era of Slade Wilson. The majority of this issue is dedicated to Slade gathering his “Dark Titans,” which include Tanya Spears (Power Girl), Joseph and Rose, Billy Wintergreen and apparently Slade’s ex-wife. We know that Wally West will be joining them in the next issue, so that will likely be covered then, but it was awesome seeing Slade take on the team-forming role, much like what Batman is doing in the DCEU. There was a somewhat confusing sub-plot featuring Tanya and birth control, but despite me not understanding what was going on, it didn’t detract in any way. In fact, this for me was one of the most enjoyable issues of the entire series. Sure, it wasn’t heavily action-based, but the ramifications moving forward are huge.

The basic plot of the issue was separation into multiple sections, each serving as a kind of “where are they now?” for each character. Joseph was seen talking to an alcoholics anonymous group, Rose was seen moving back with her husband, and Tanya was seen getting birth control pills, as mentioned above. Each of these stories were linked only by the presence of Slade, who was recruiting each of them for his Dark Titans. He promises to each of them that Deathstroke is no more and he has turned to the side of the angels. On the final page, we see what the entire issue has been leading to: Slade’s Titans assembled! Although I knew it was coming for the entire issue, it was still an awesome reveal page and hyped me up for the upcoming issues beyond belief. 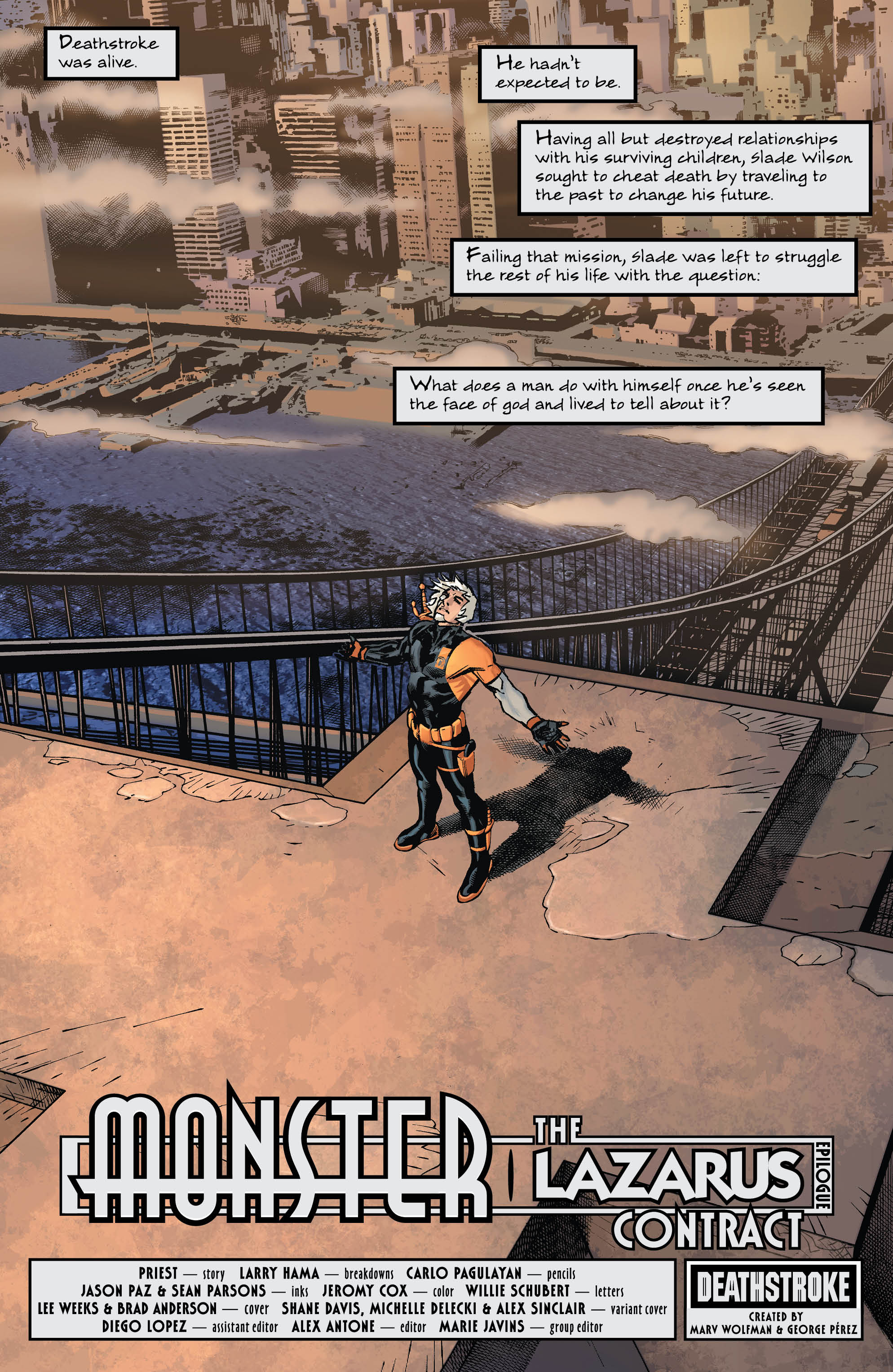 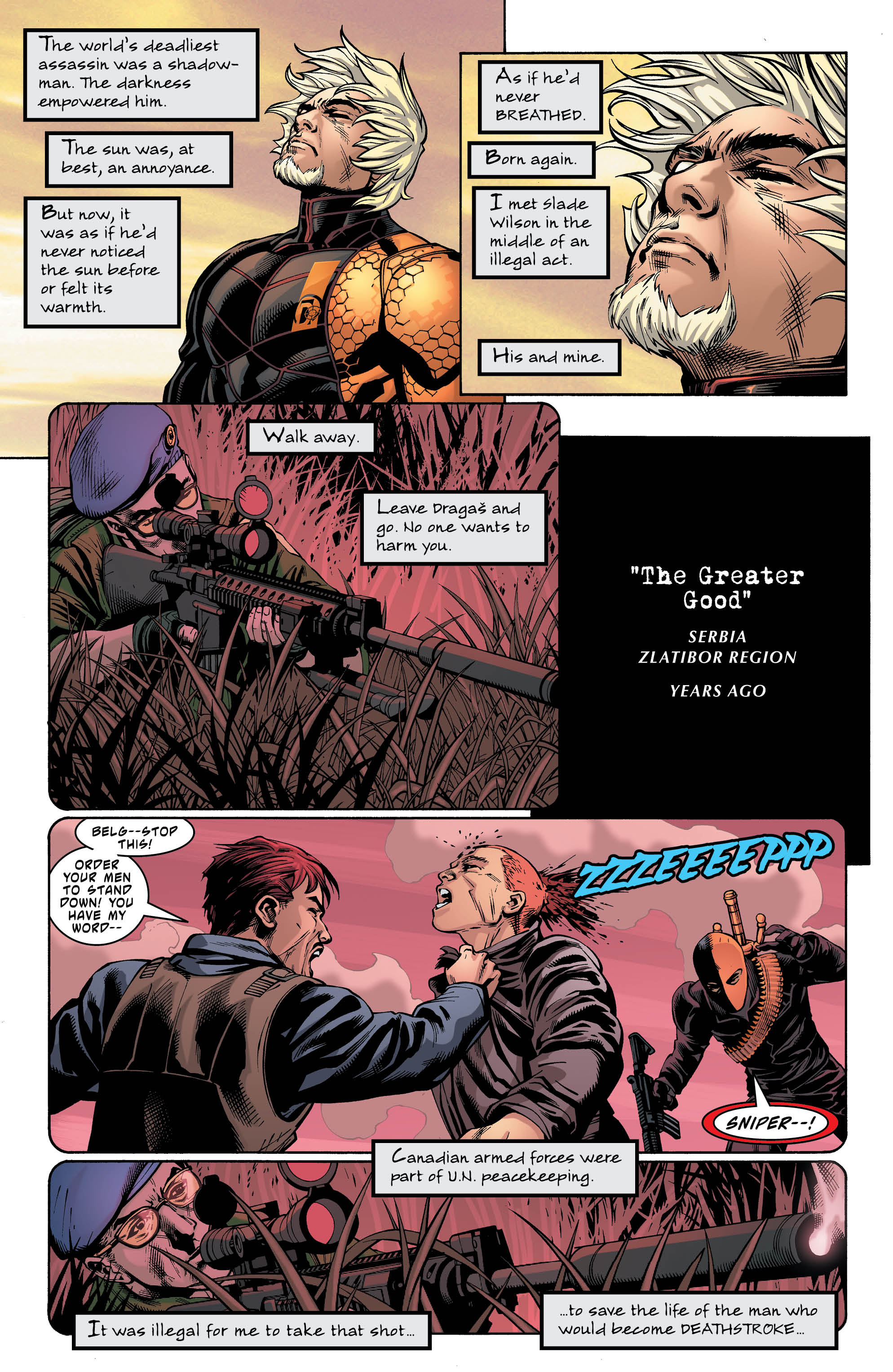 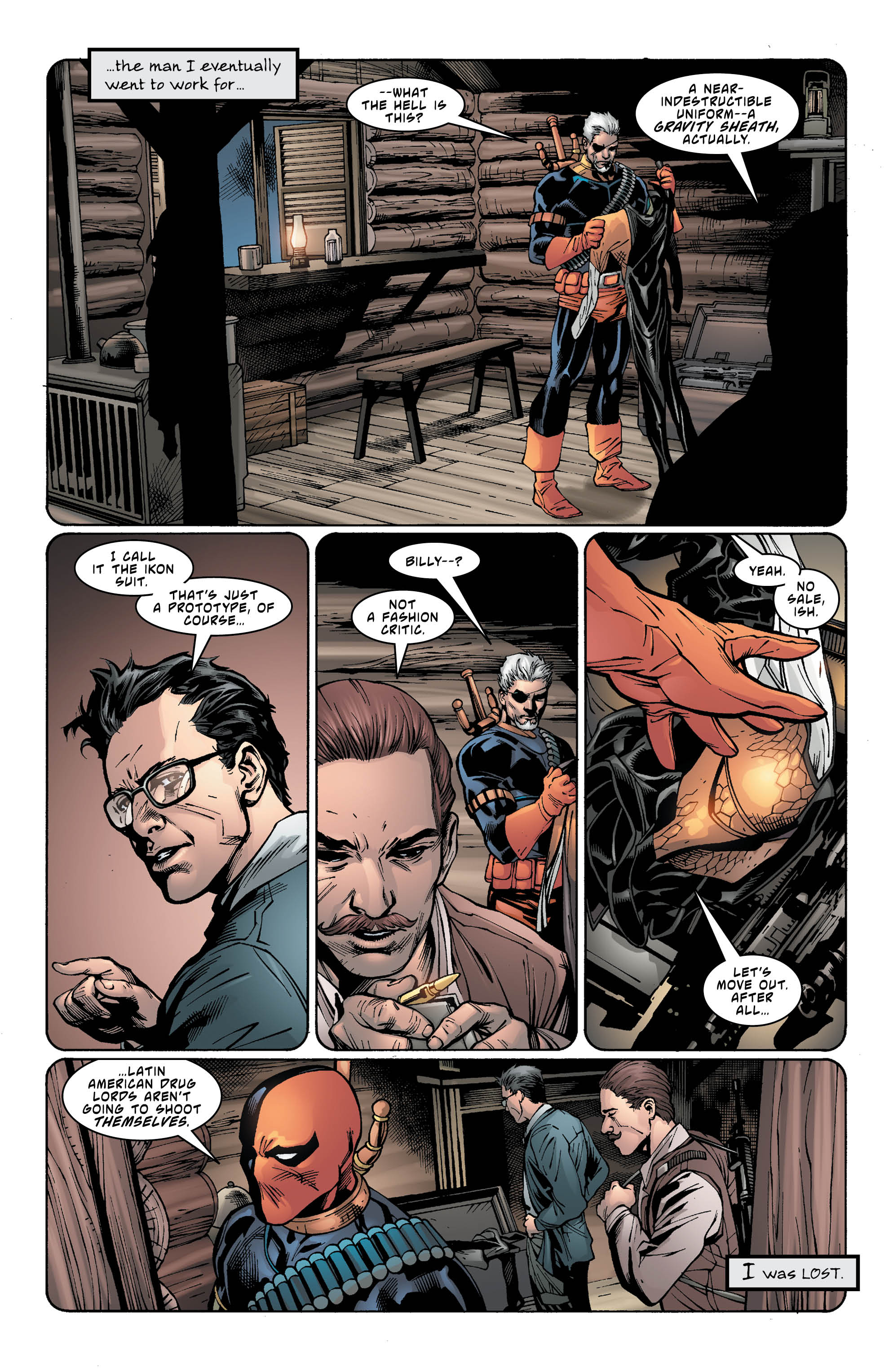 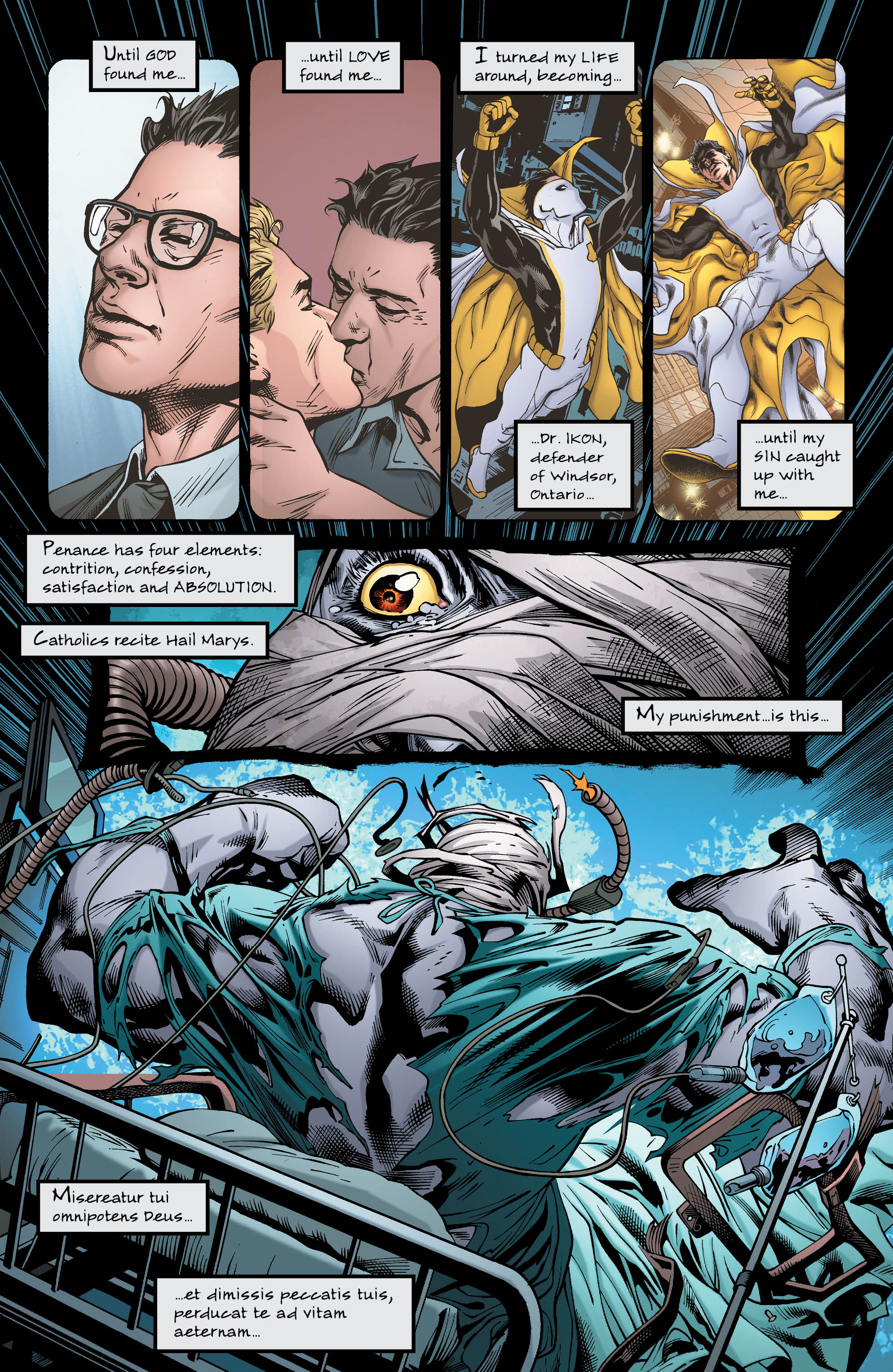 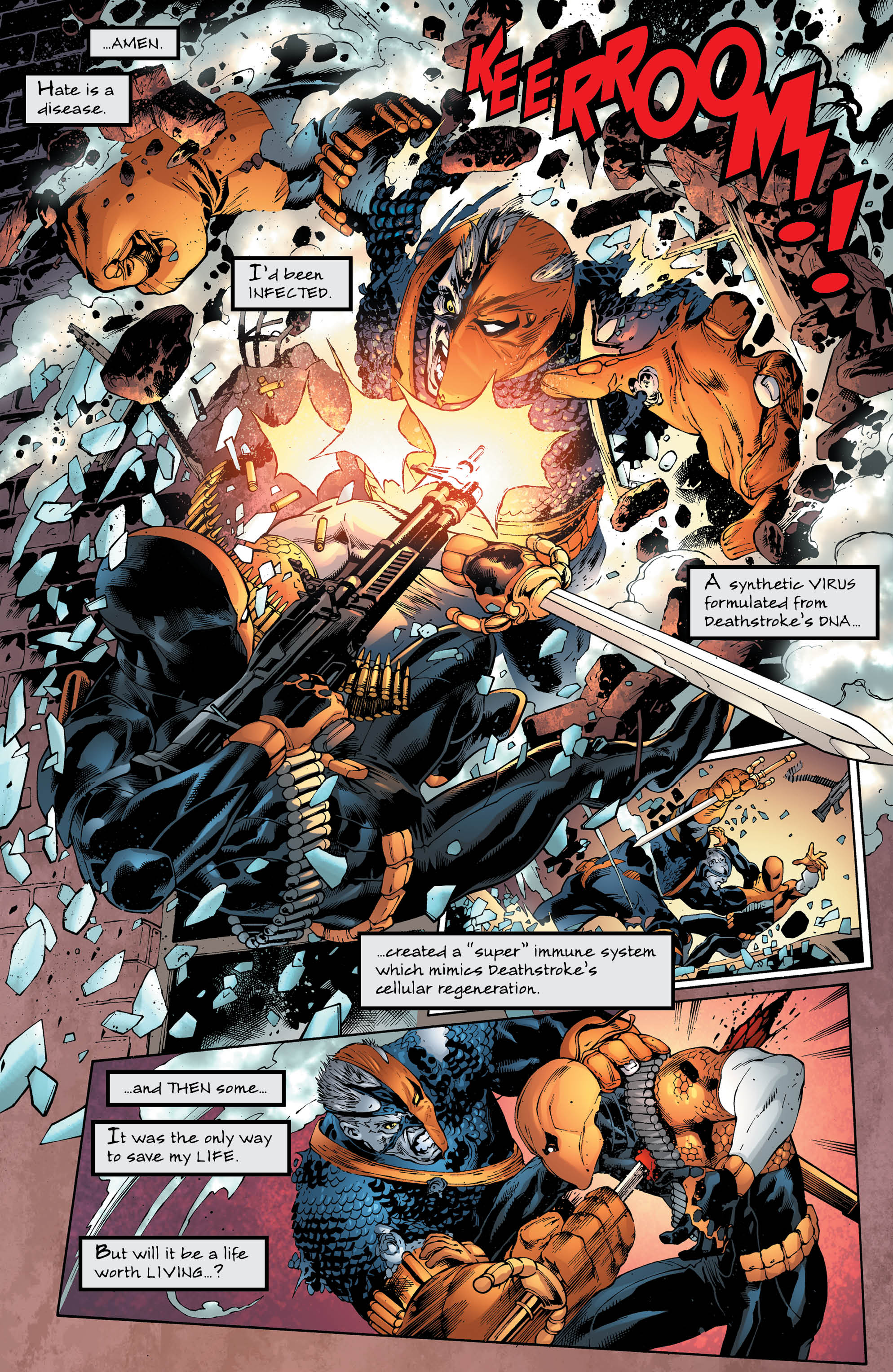 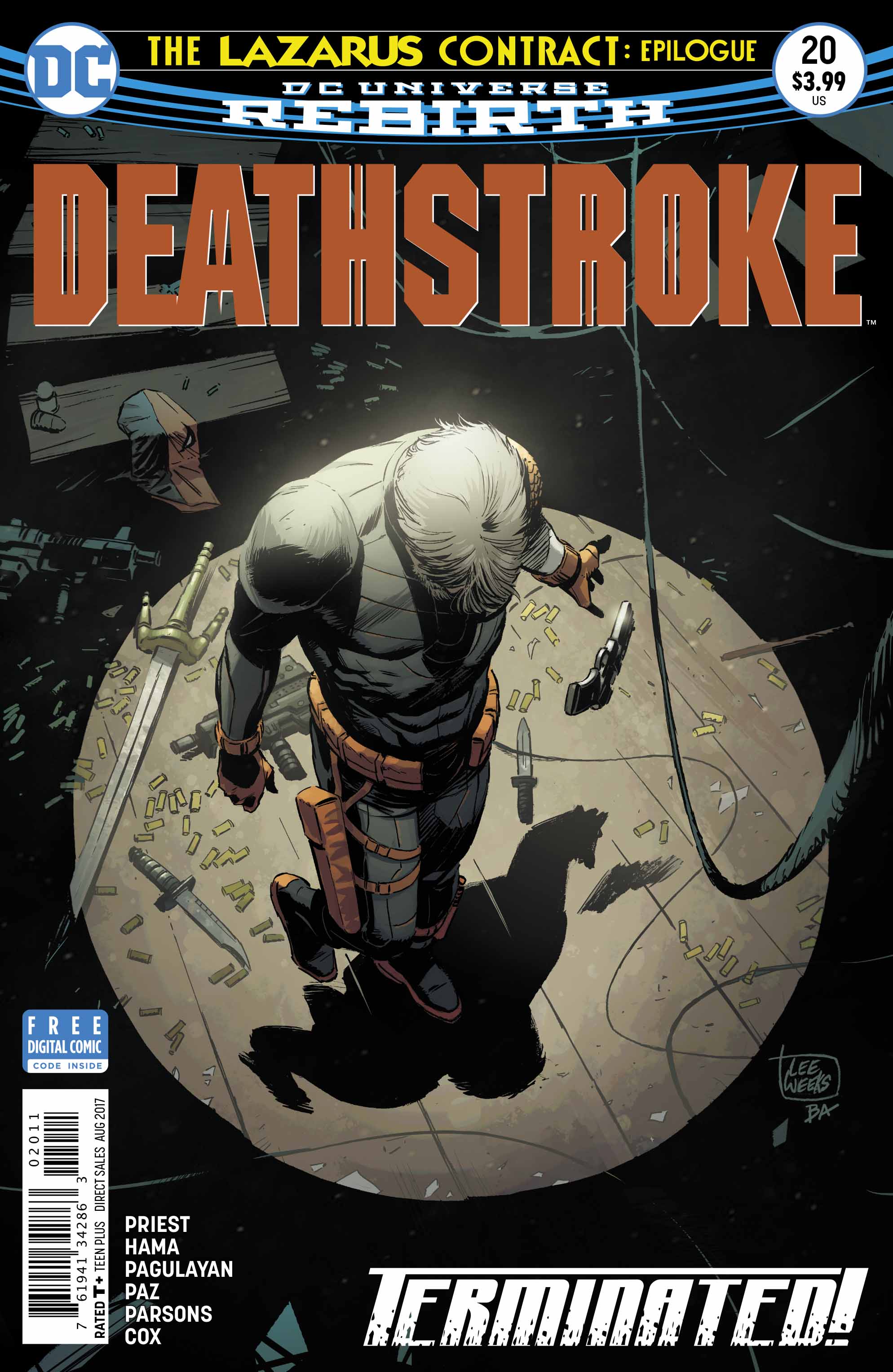 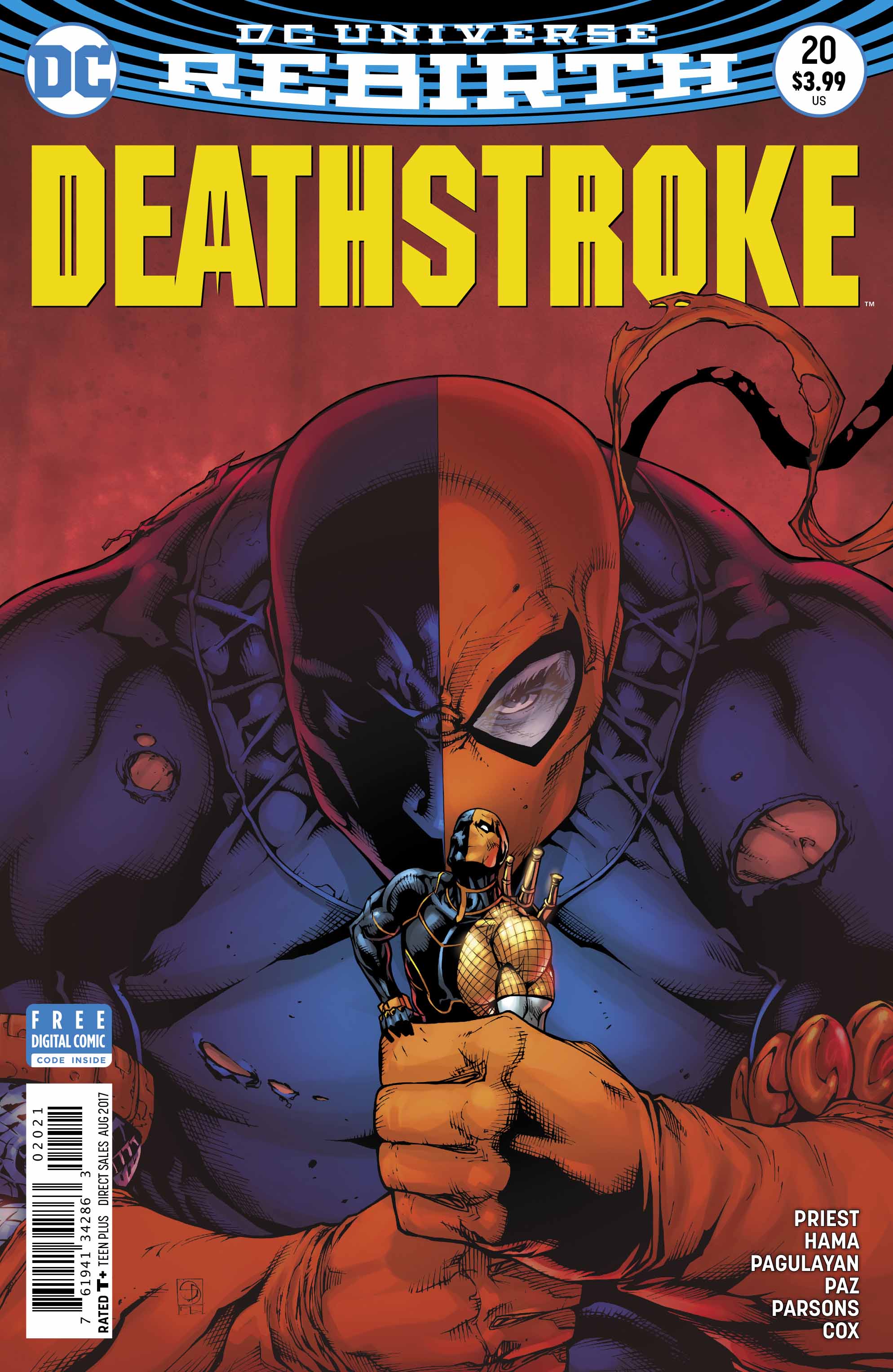 Moving forward, this issue is going to have a huge impact on the series, with Slade giving up the Deathstroke mantle, but the series still being titled Deathstroke, it makes me wonder how long he will continue to walk on the side of the angels. That being said, I loved the way Priest wrote Slade in this issue, so a stay of goodness wouldn’t be the worst thing in the world honestly. When I began reading this book, I hadn’t ever picked up a Deathstroke comic before, but Priest has made me fall in love with the character and reveal a human side to the character I always thought of as a mindless killing machine. On the art side of things, Pagulayan really proved with this issue that less can sometimes be more; his simplistic artwork was still wonderfully detailed and rounded out the issue into one of the best ones the series has ever had.

A great jumping on point for new readers, Deathstroke #20 delivered in every aspect, bringing a great epilogue to “The Lazarus Contract” whilst also laying groundwork for the series moving forward. I think it’s safe to say that this book is definitely one to watch over the coming months.