Licensing Expo 2017 is on in Las Vegas and Warner Bros. Consumer Products is the highlight of day 1. One of the most popular attractions there is WBCP’s booth, which displays the iconic costumes from the upcoming DC blockbuster Justice League set to be released in November of this year. 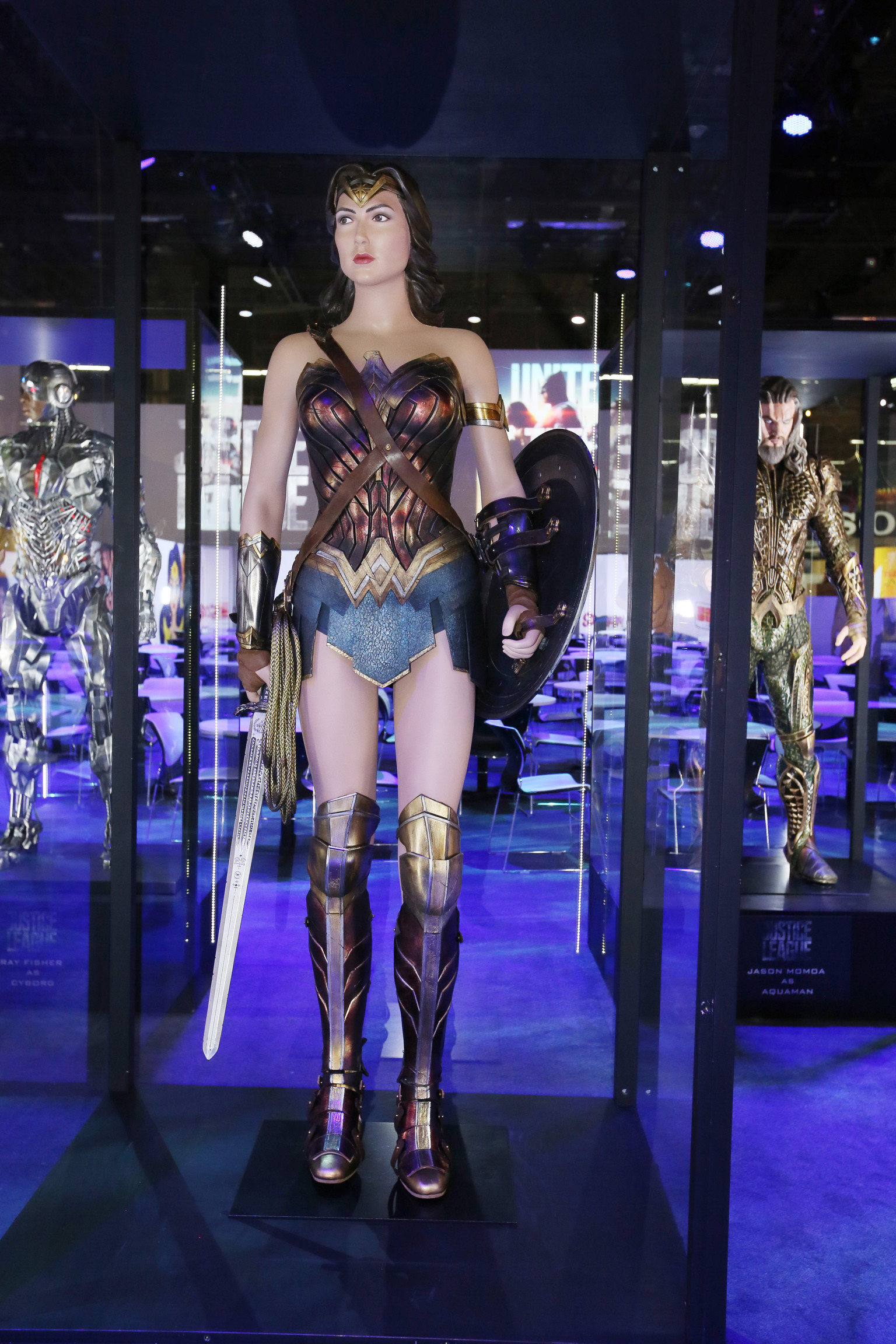 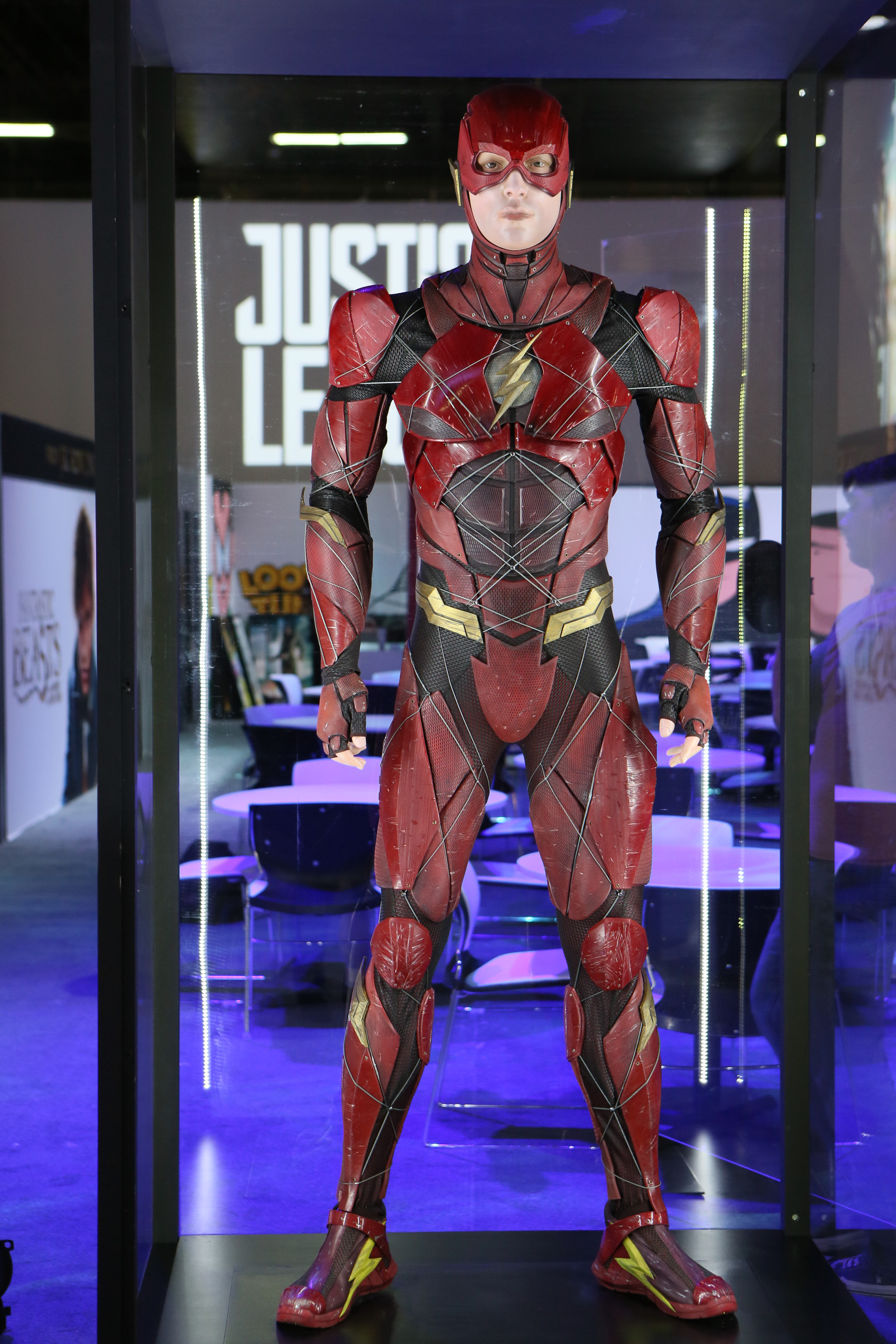 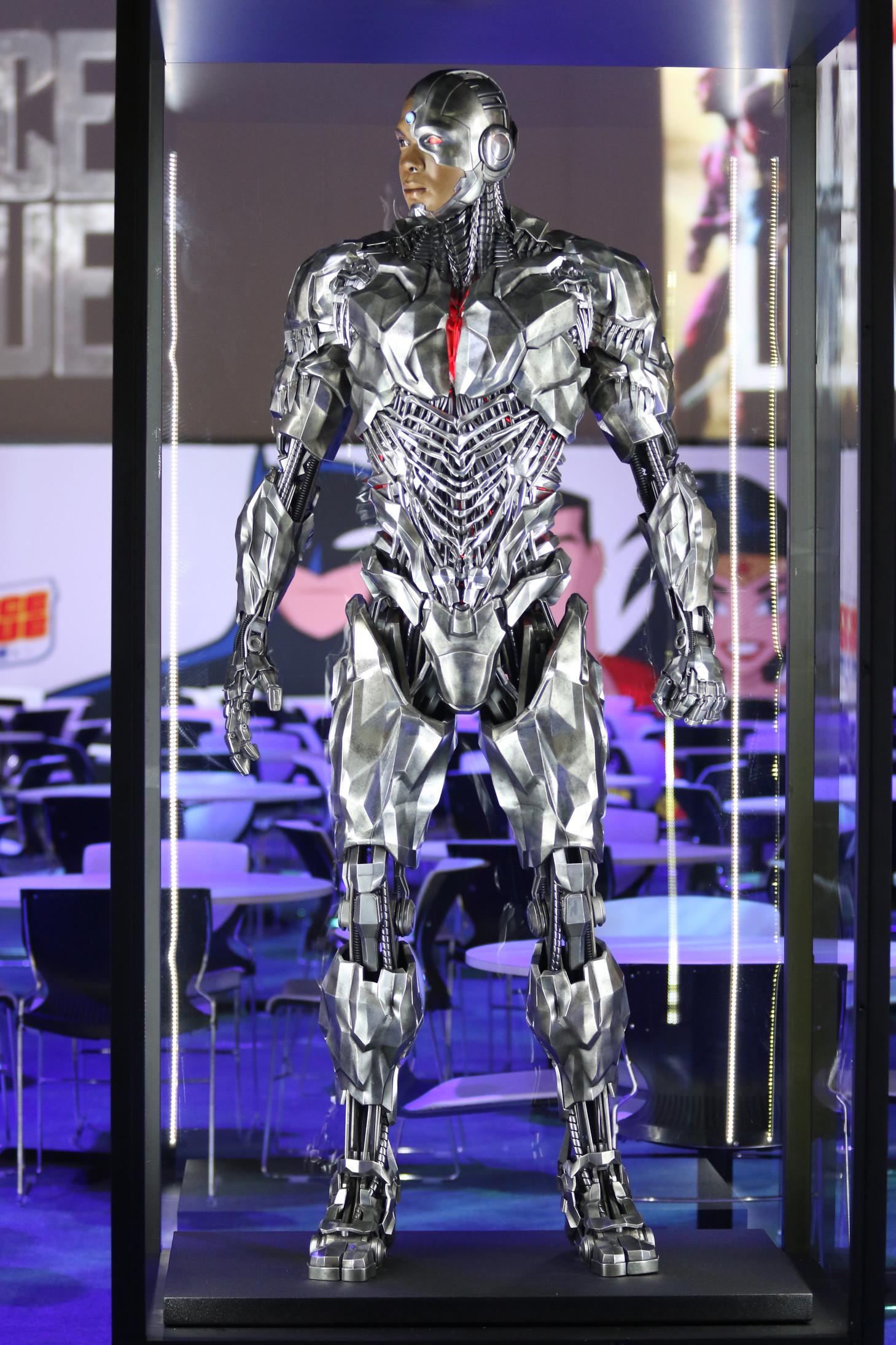 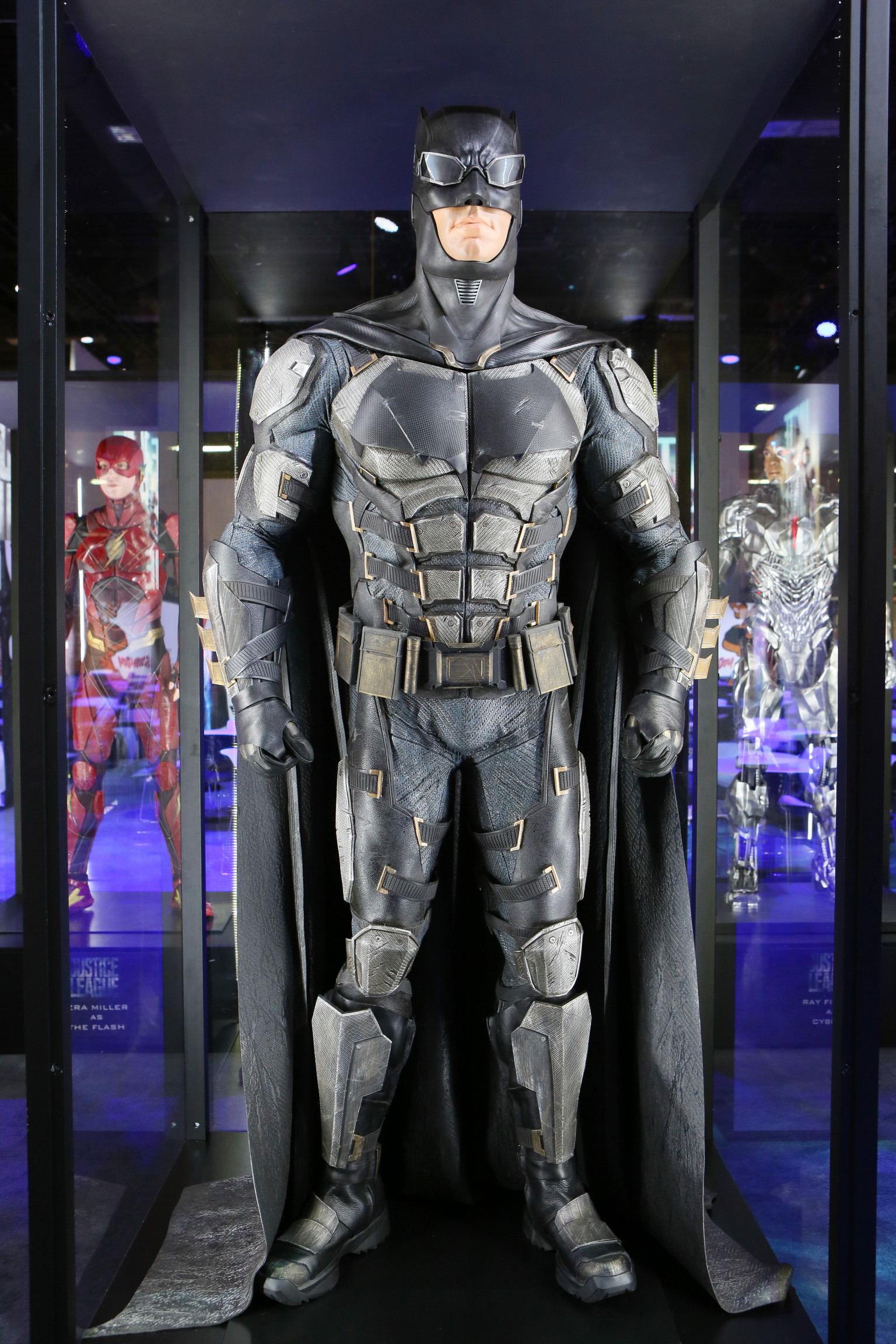 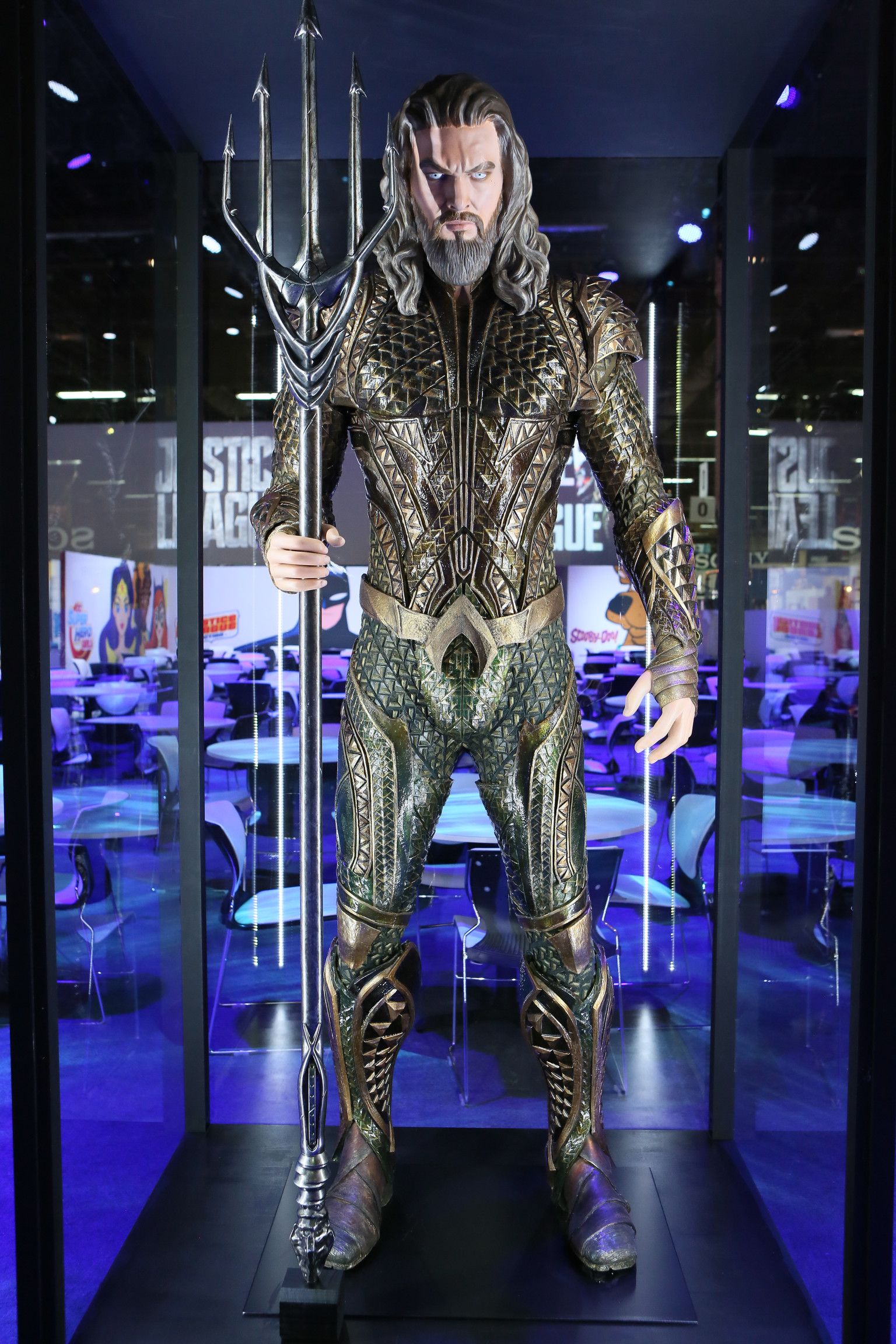 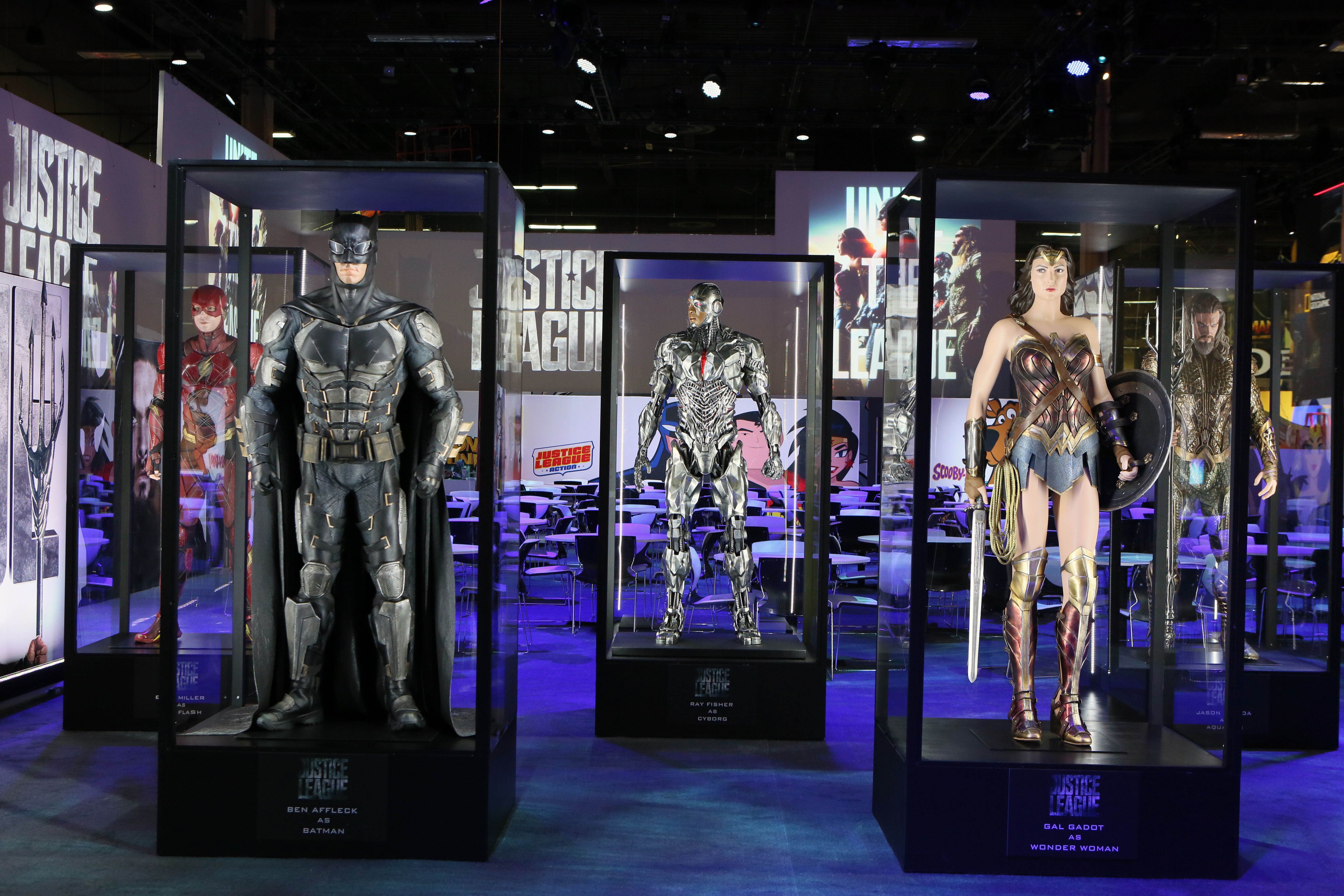 Extending from its Justice League lineup is the official press release below on the DC-themed consumer products.

“With a global consumer in mind, and an impressive lineup of licensees and partners around the world, WBCP is focused on offering fans a wide range of the products, programs and immersive experiences they want and expect from us,” said Pam Lifford, President of Warner Bros. Consumer Products. “WBCP continues to partner with top-tier licensing, retail and promotional partners worldwide, to bring the Studio’s vast portfolio and powerful content to fans, allowing them the opportunity to experience their favorite brands, franchises, characters and stories—anytime, anywhere.”

As fans eagerly anticipate the latest content from multiple divisions across the Studio, WBCP brings to this year’s License Expo show a wide array of offerings that showcase its dynamic DC brand through an array of film, television and animation titles, as well as the magic of J.K. Rowling’s Wizarding World, and such legendary animated favorites as Looney Tunes and the Hanna-Barbera franchises, and additional content from the theatrical and animation portfolios, and much more.

One of the most highly anticipated Super Hero team-ups of all time, Justice League unleashes its power during Licensing Expo 2017. Director Zack Snyder brings the world’s most iconic Super Heroes together for the first time ever on the big screen in what promises to be an epic theatrical event for movie and comic book fans alike.  In support of the upcoming November release from Warner Bros. Pictures, WBCP will roll out a massive merchandise program around the world, featuring the fan-favorite DC Super Heroes in a range of products, programs and activations bringing the film to life for fans of all ages. Warner Bros. Consumer Products, Warner Bros. Pictures and DC Entertainment together are launching the first-ever global consumer online initiative on June 1, allowing fans to stand alongside their favorite DC Super Hero when they officially “Join the League.” 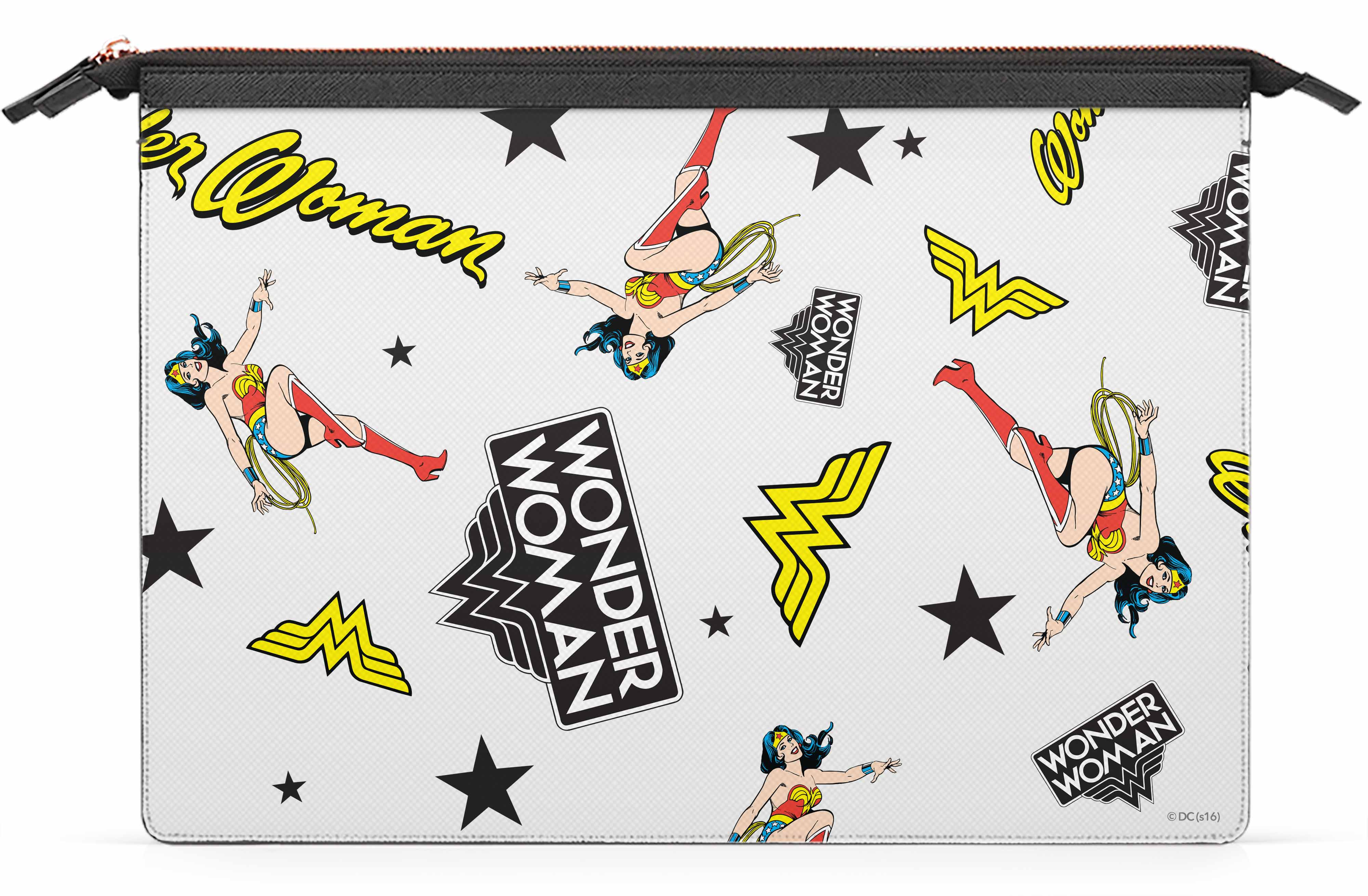 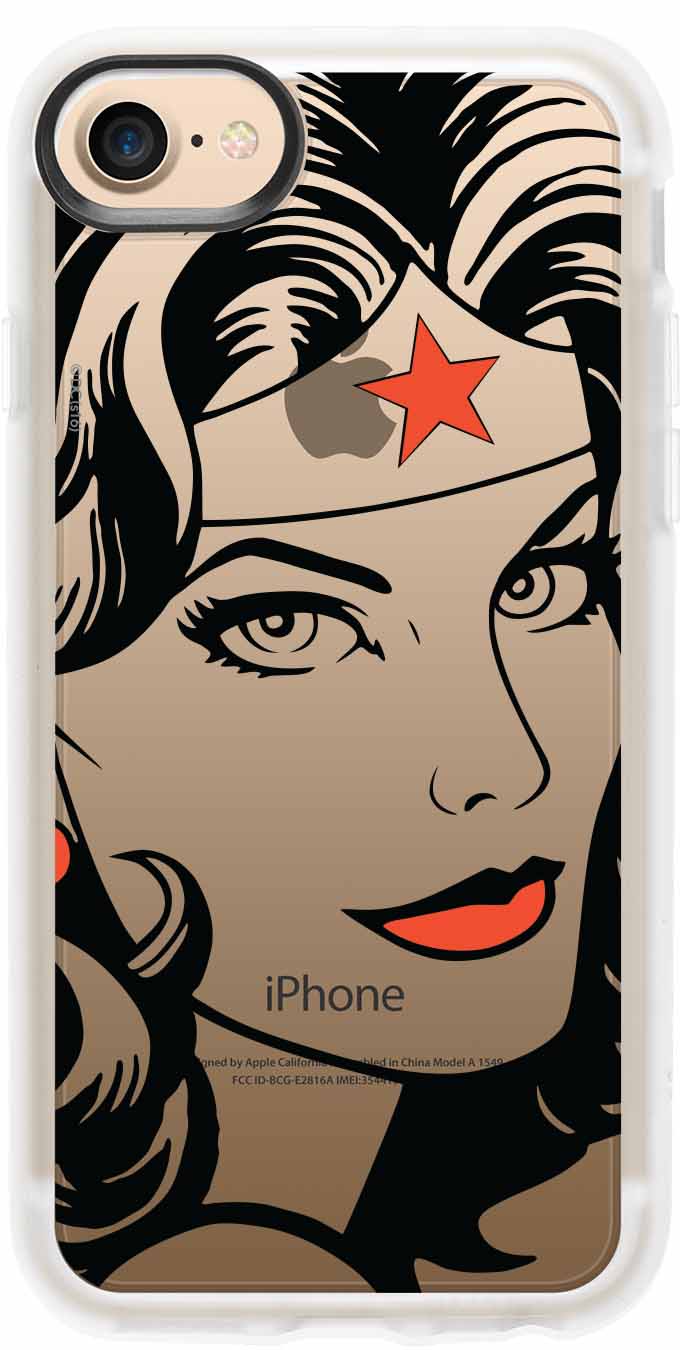 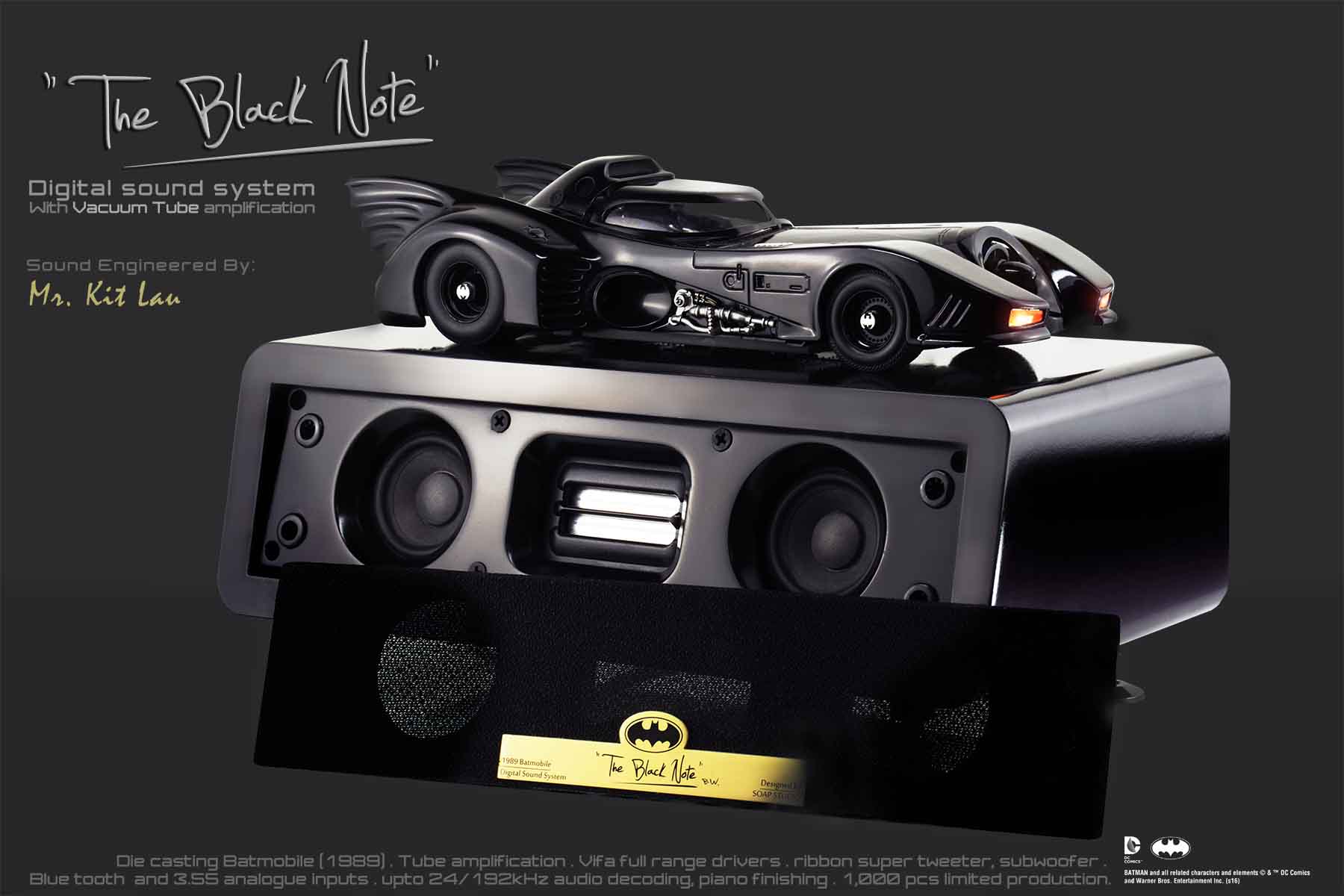 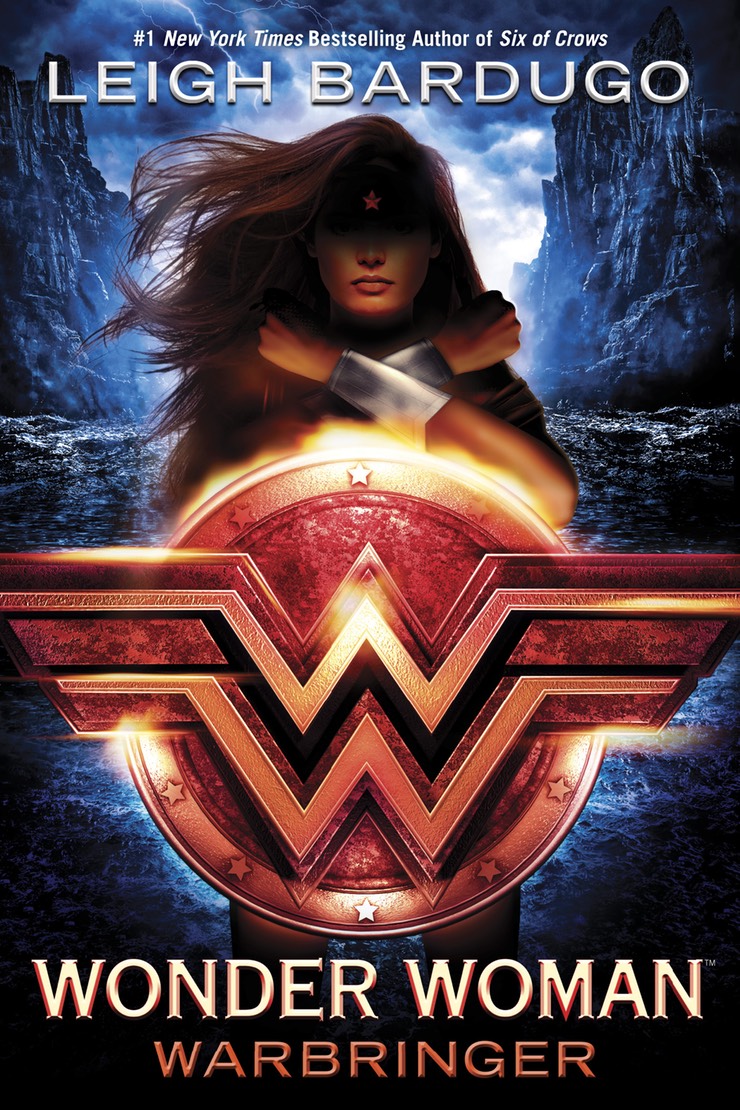 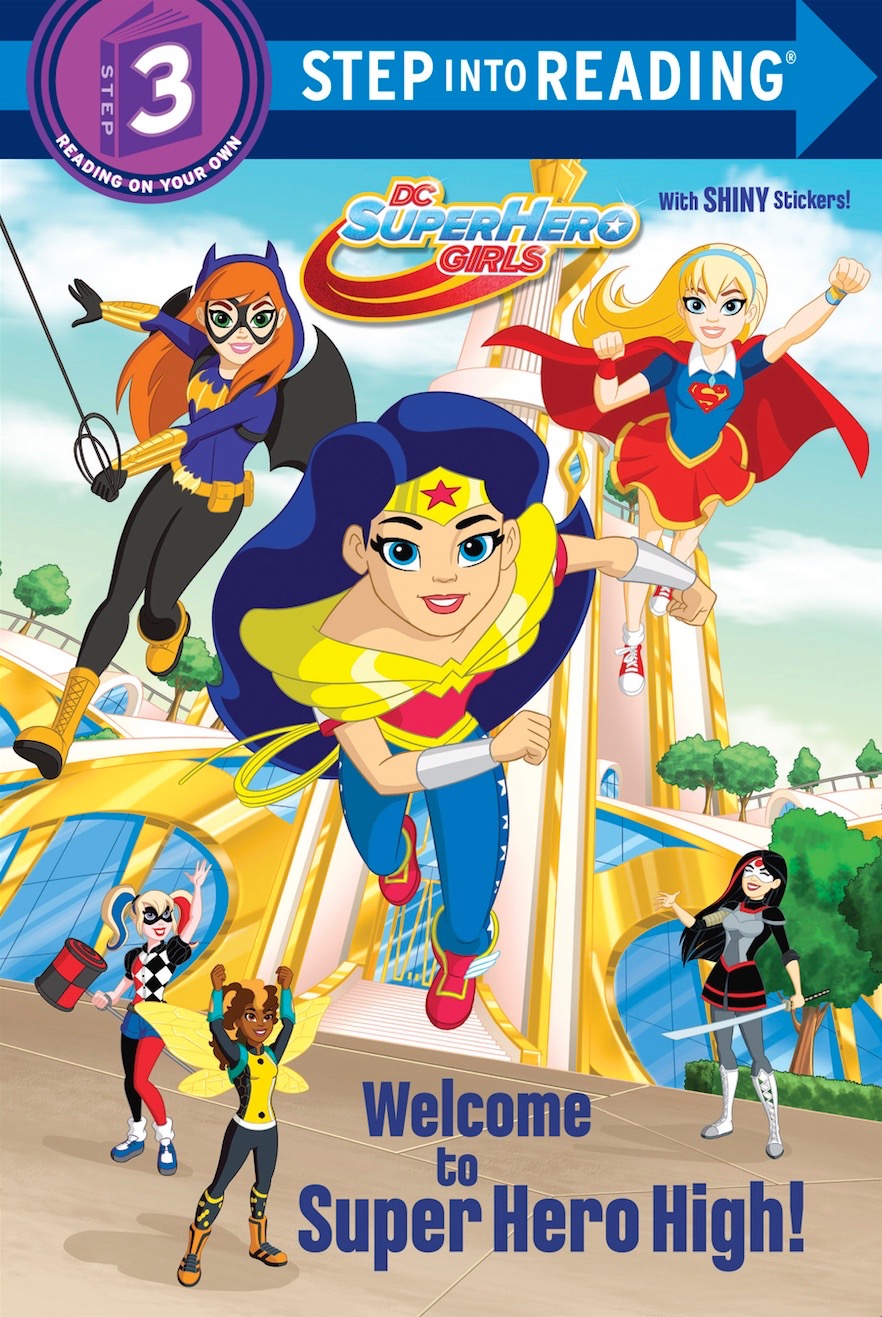 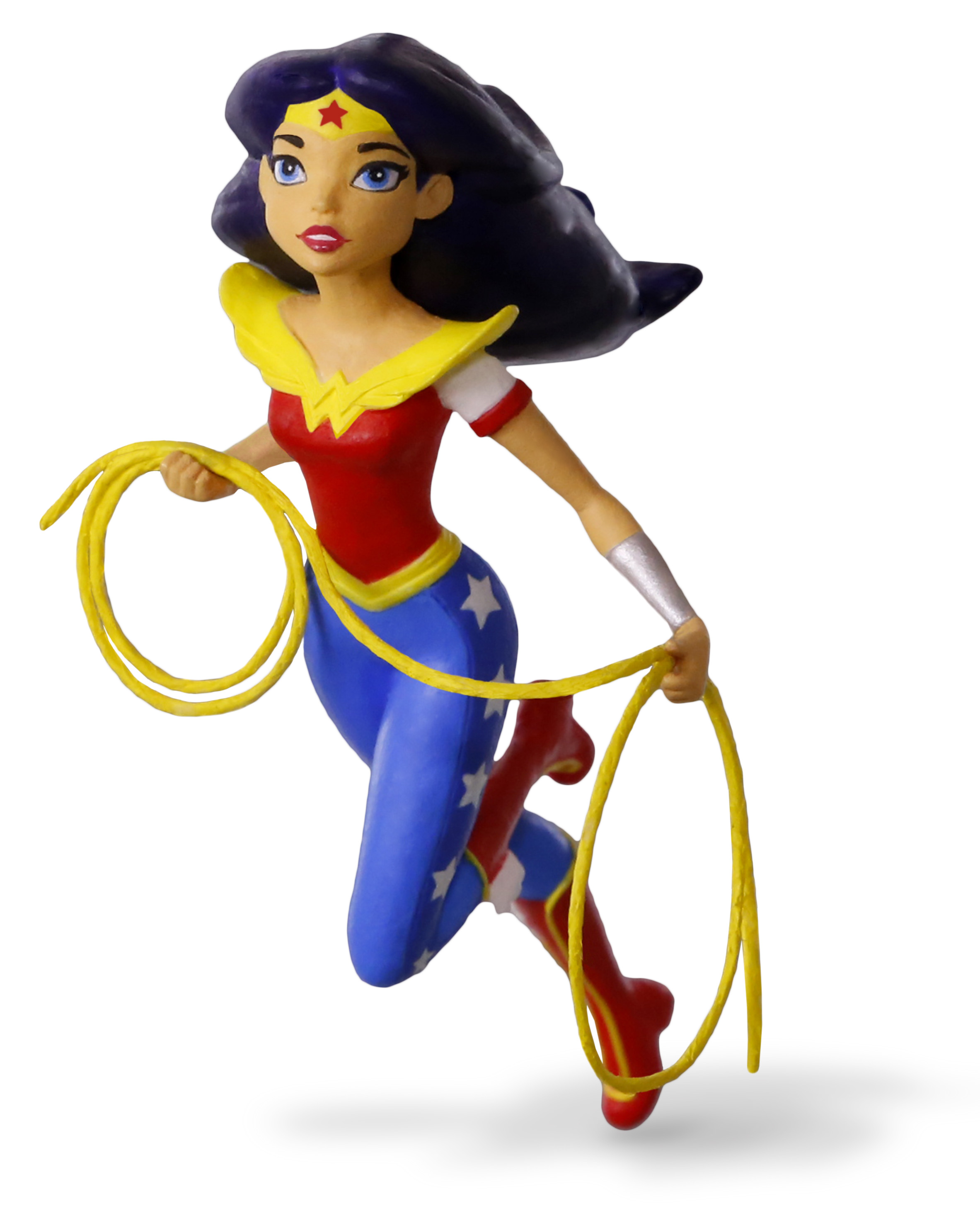 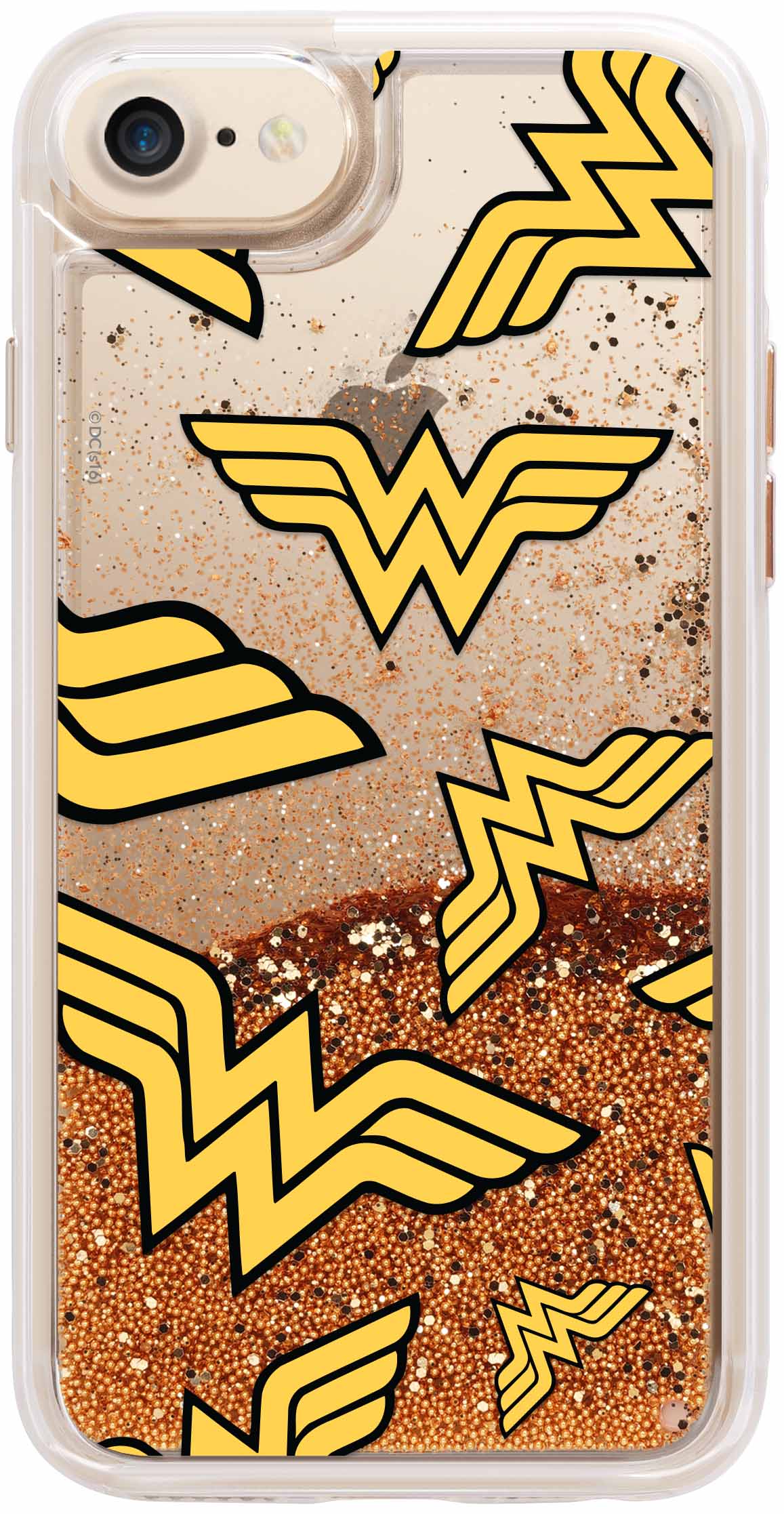 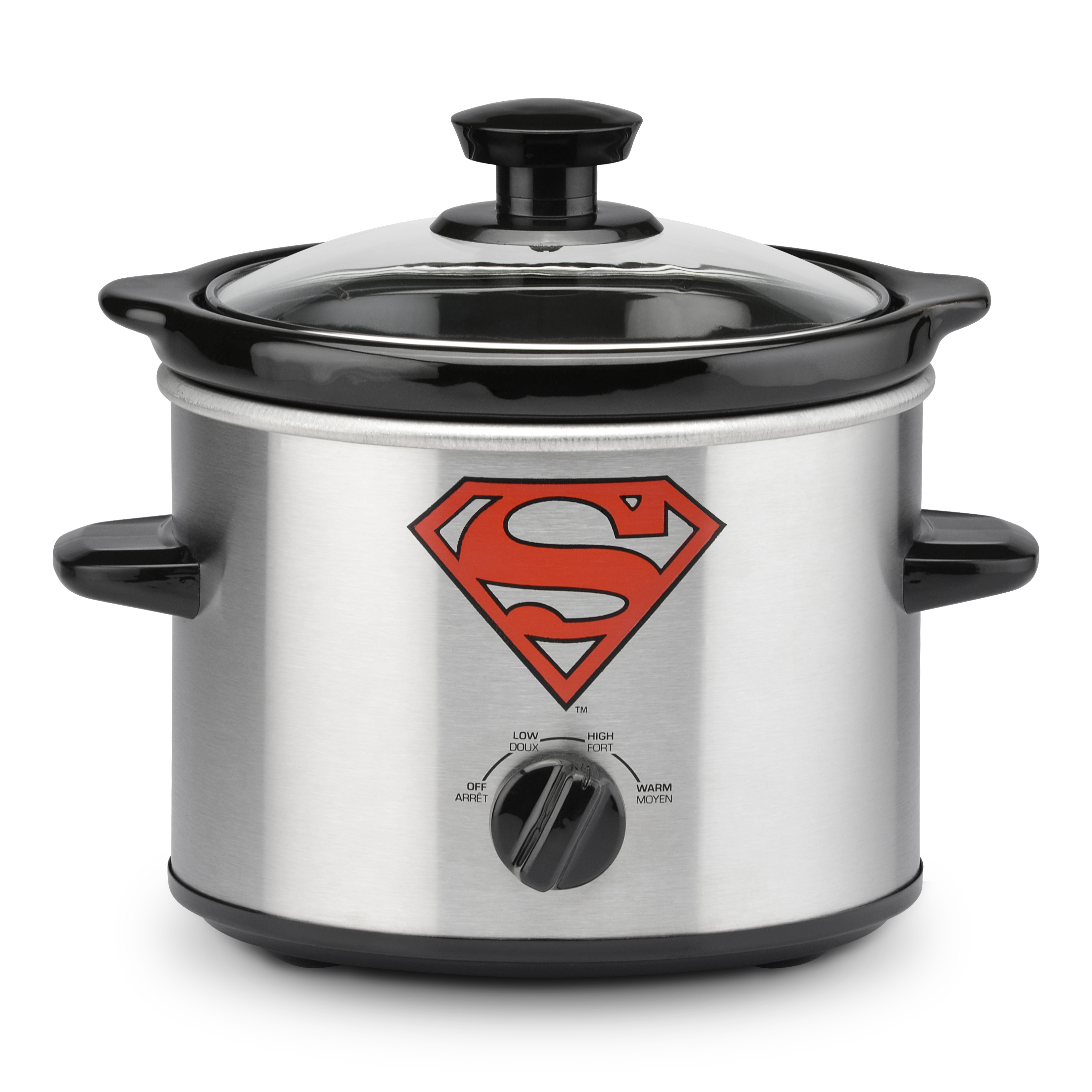 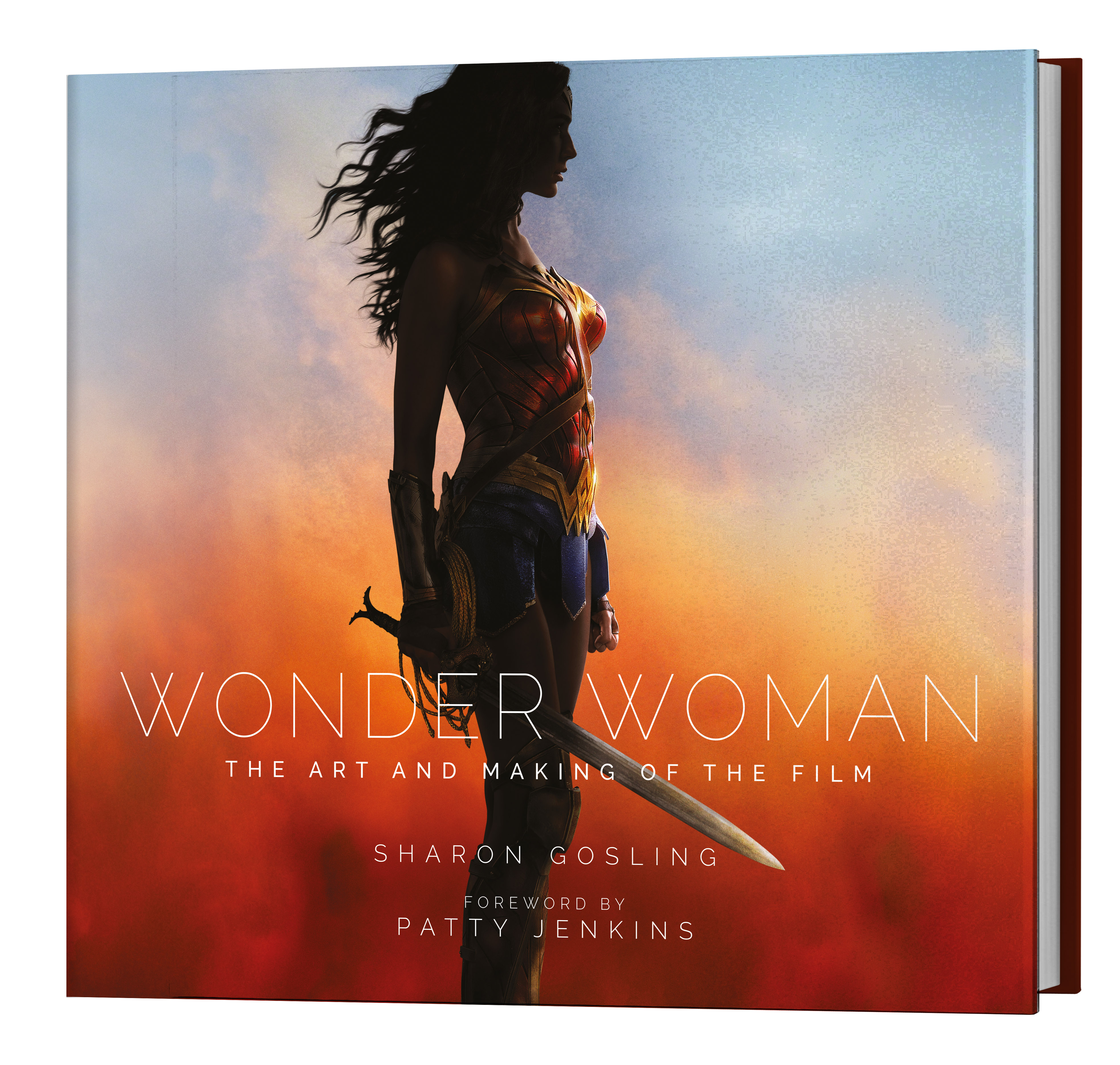 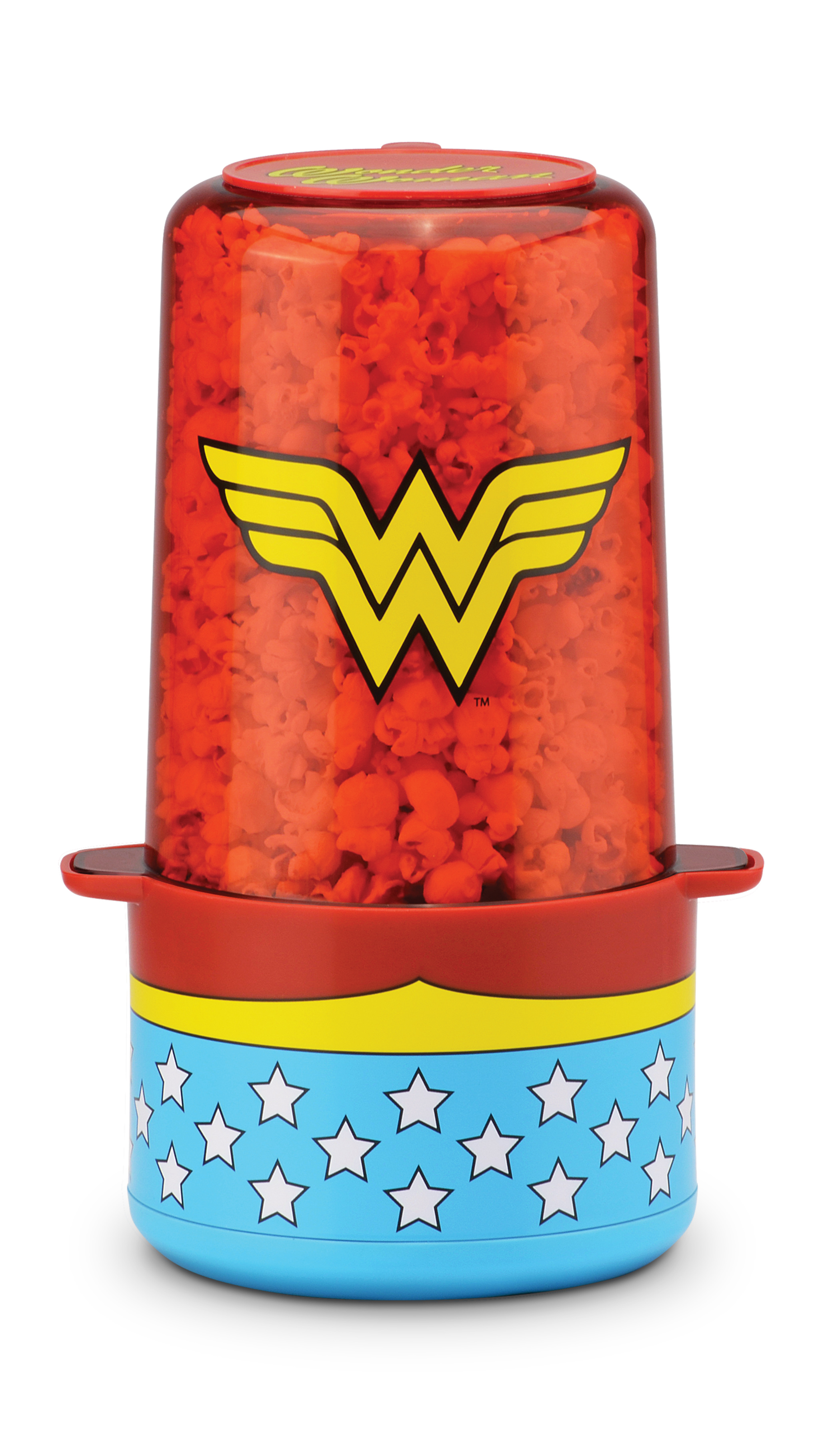 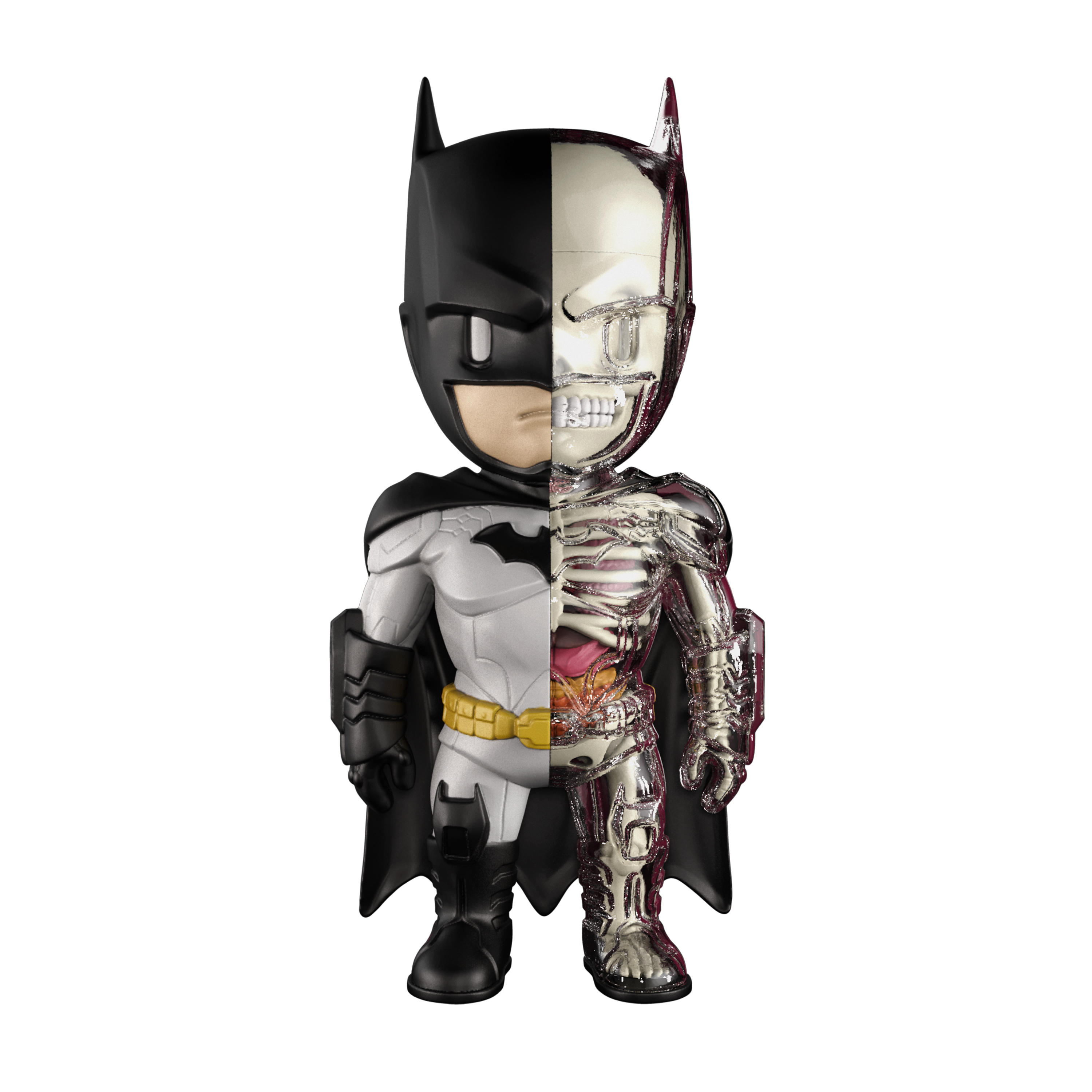 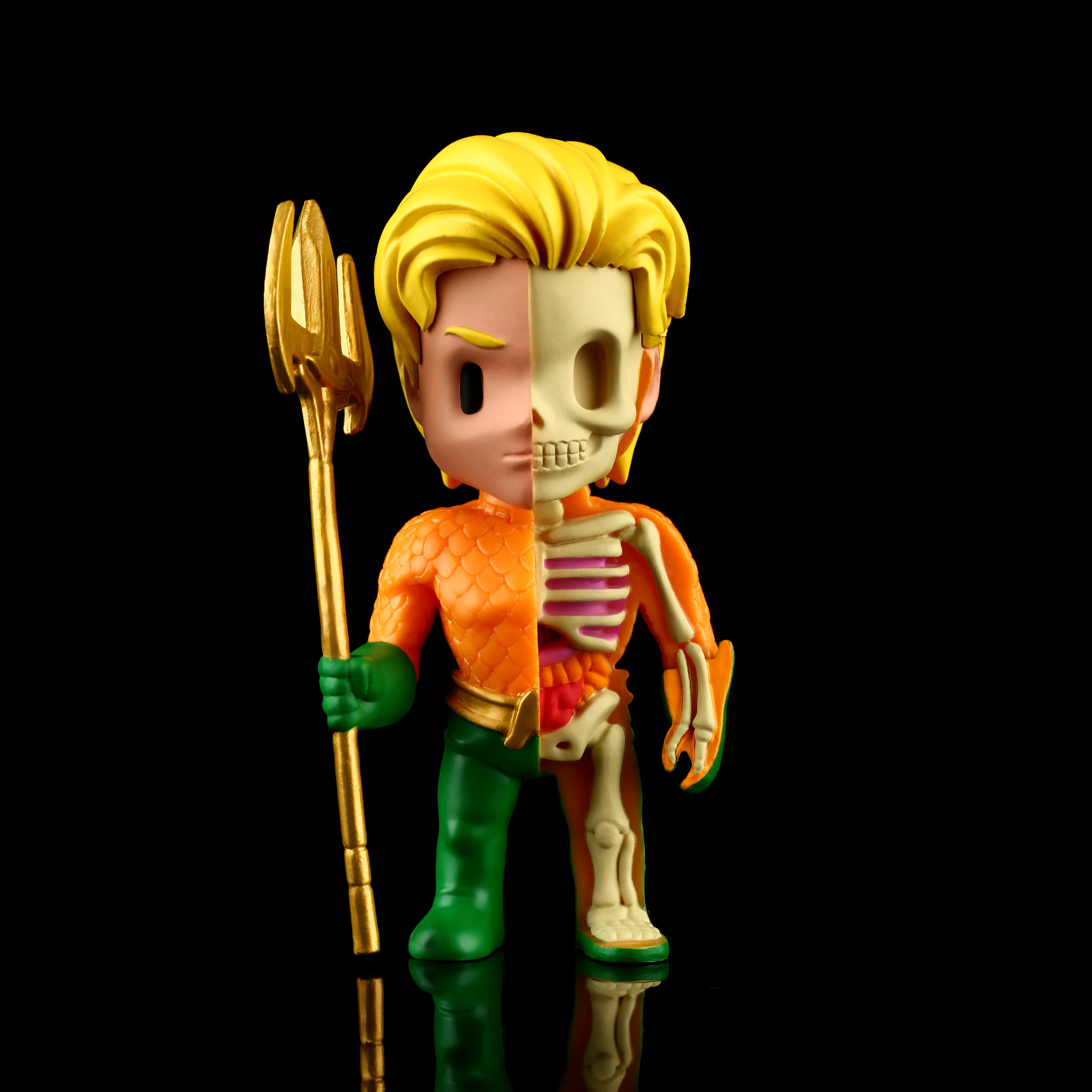 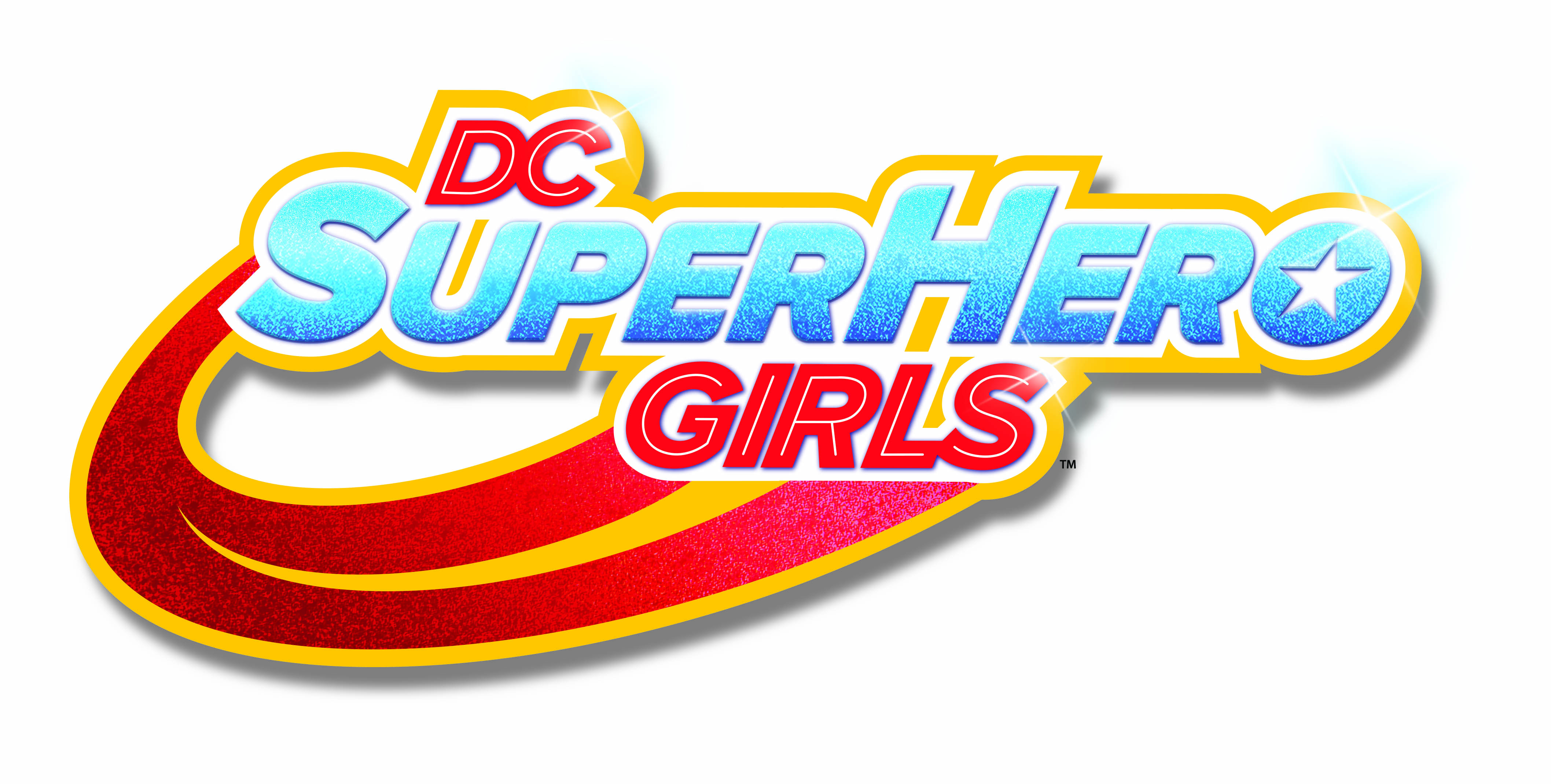 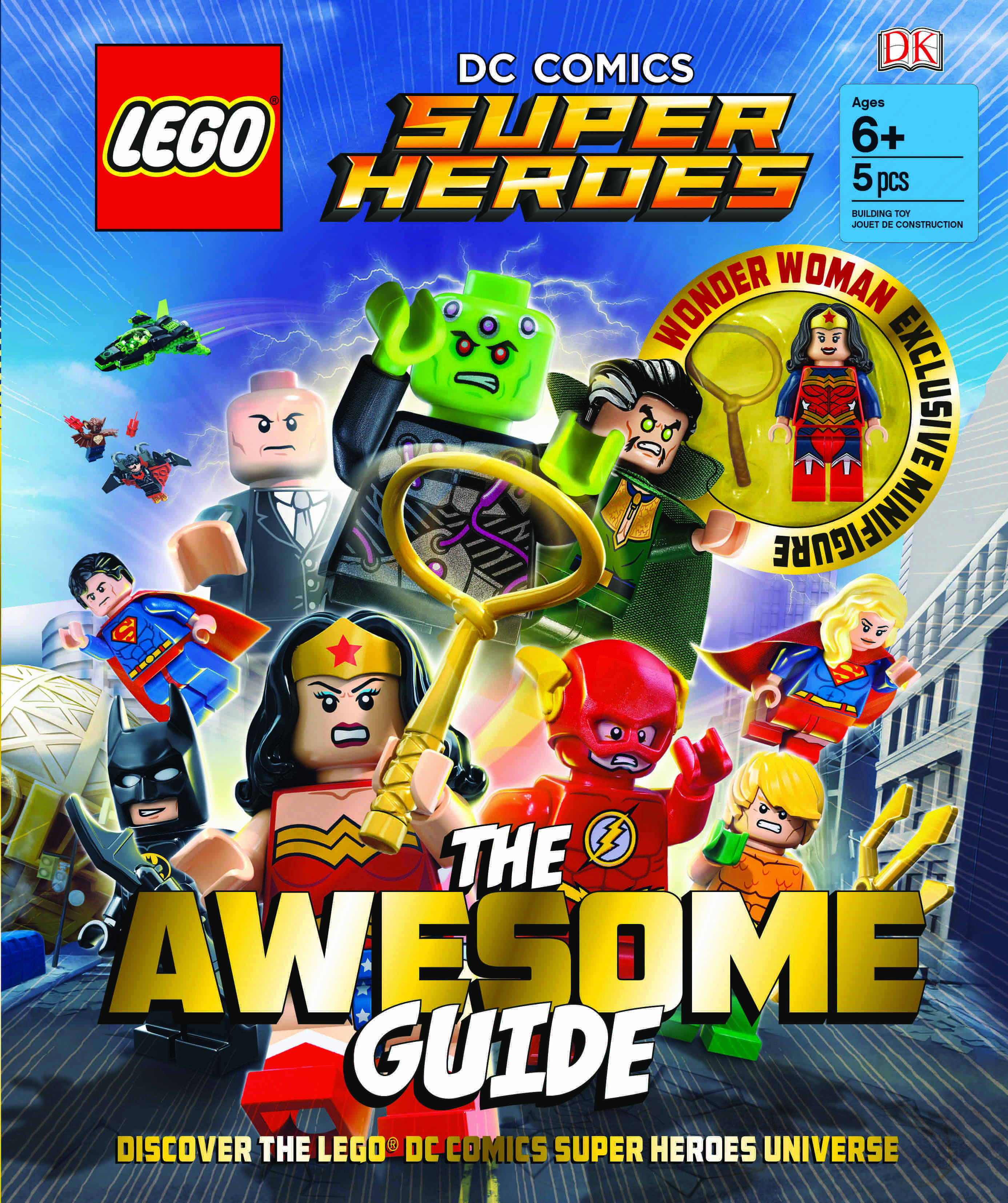 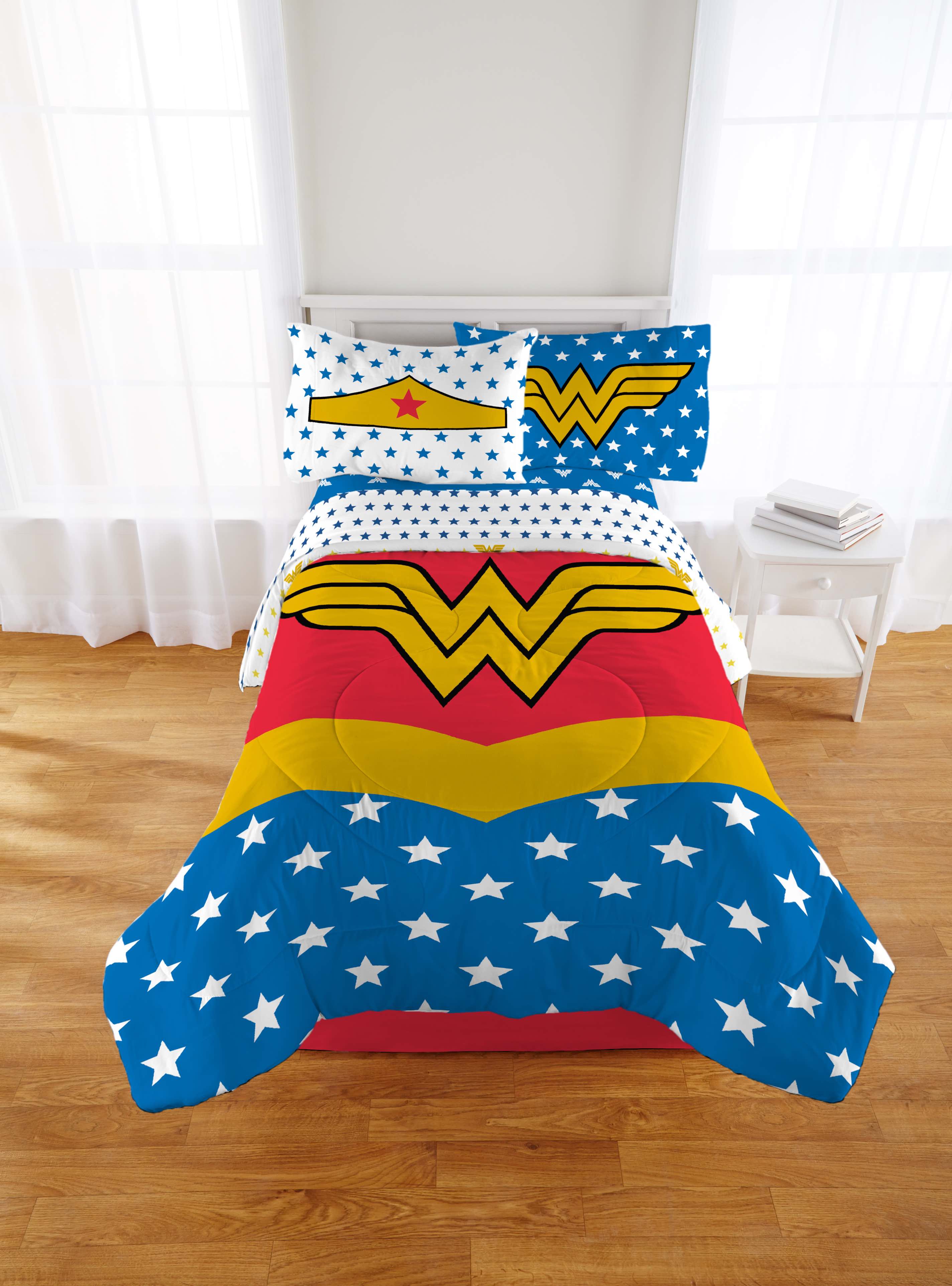 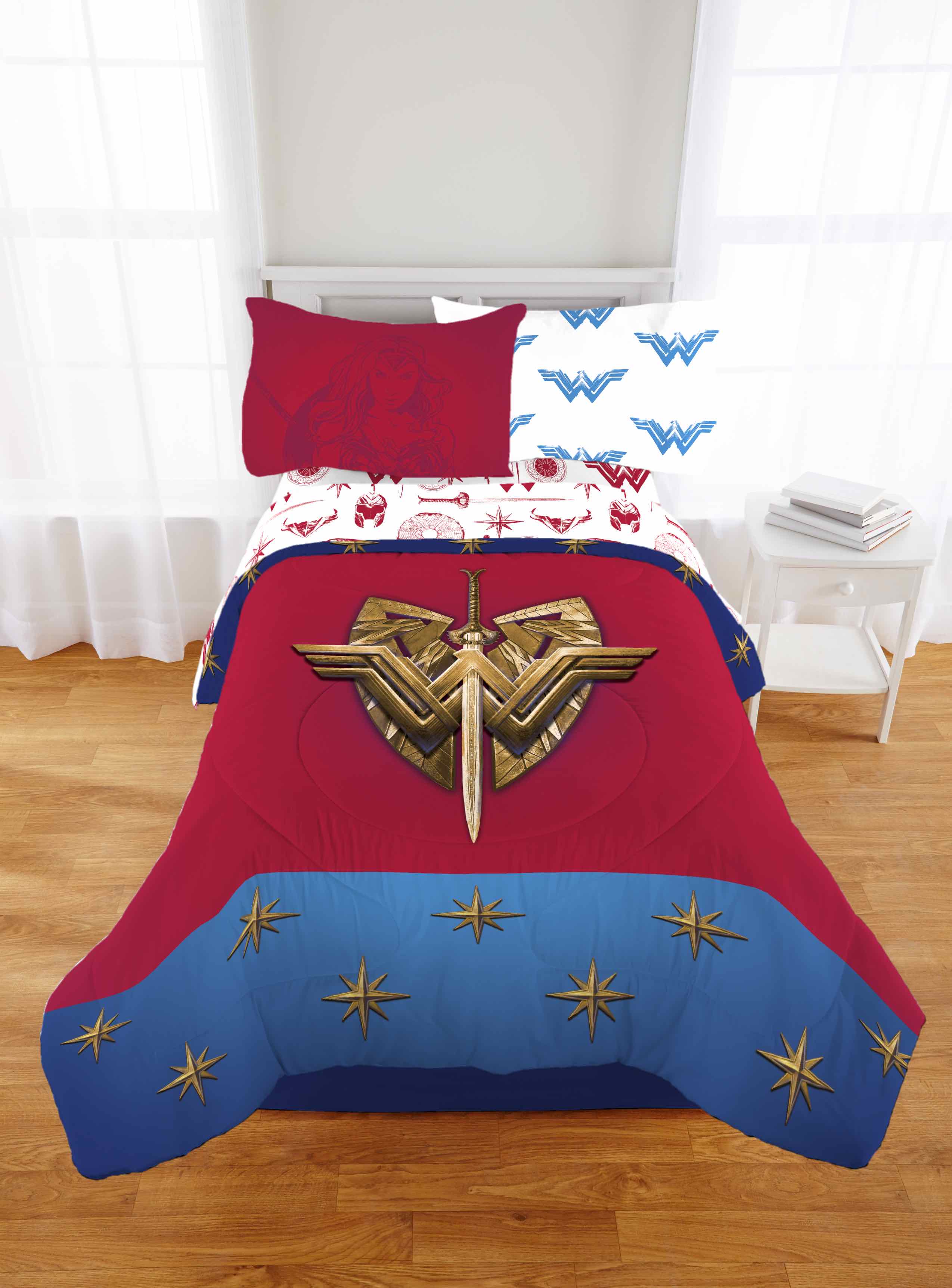 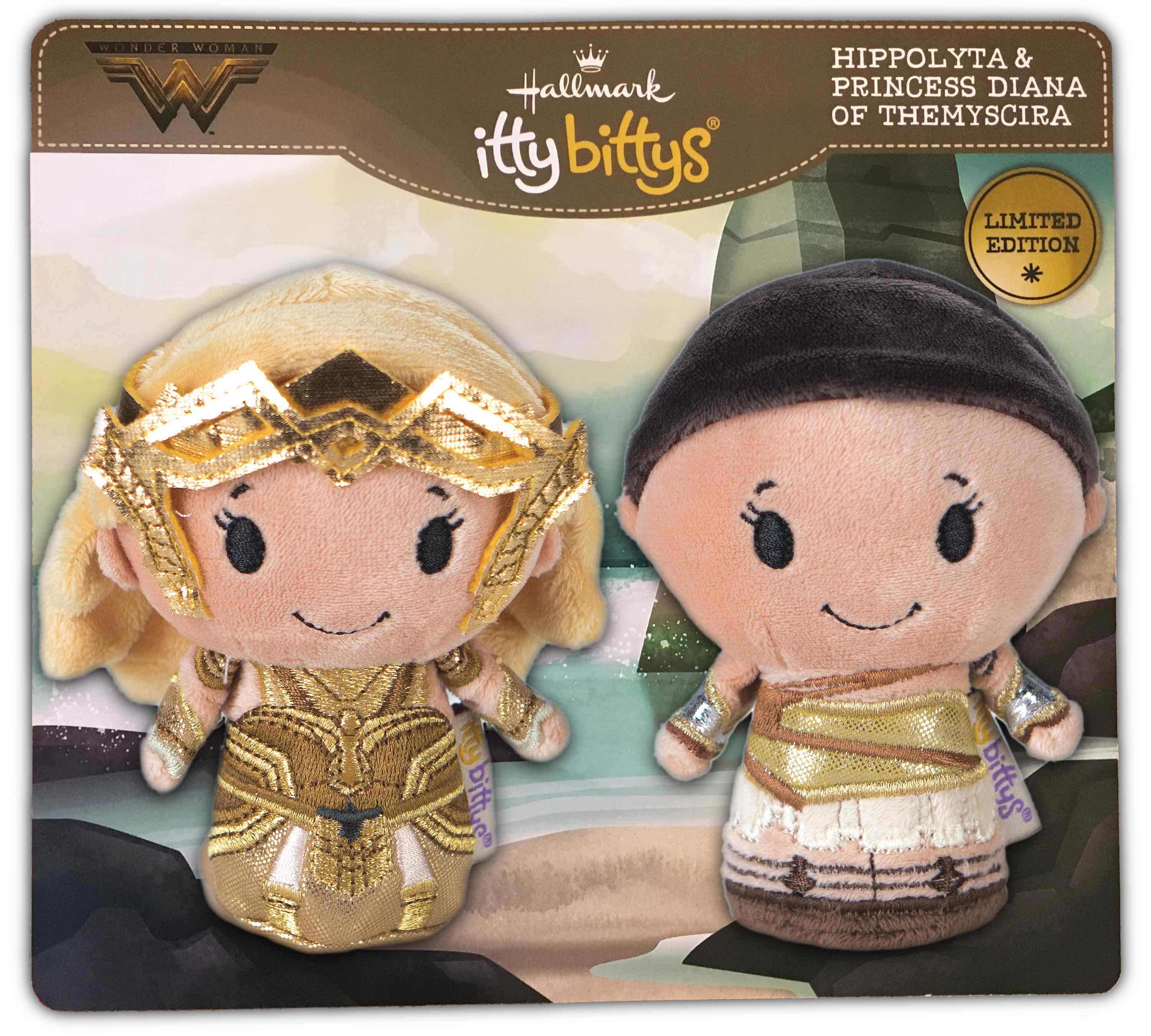 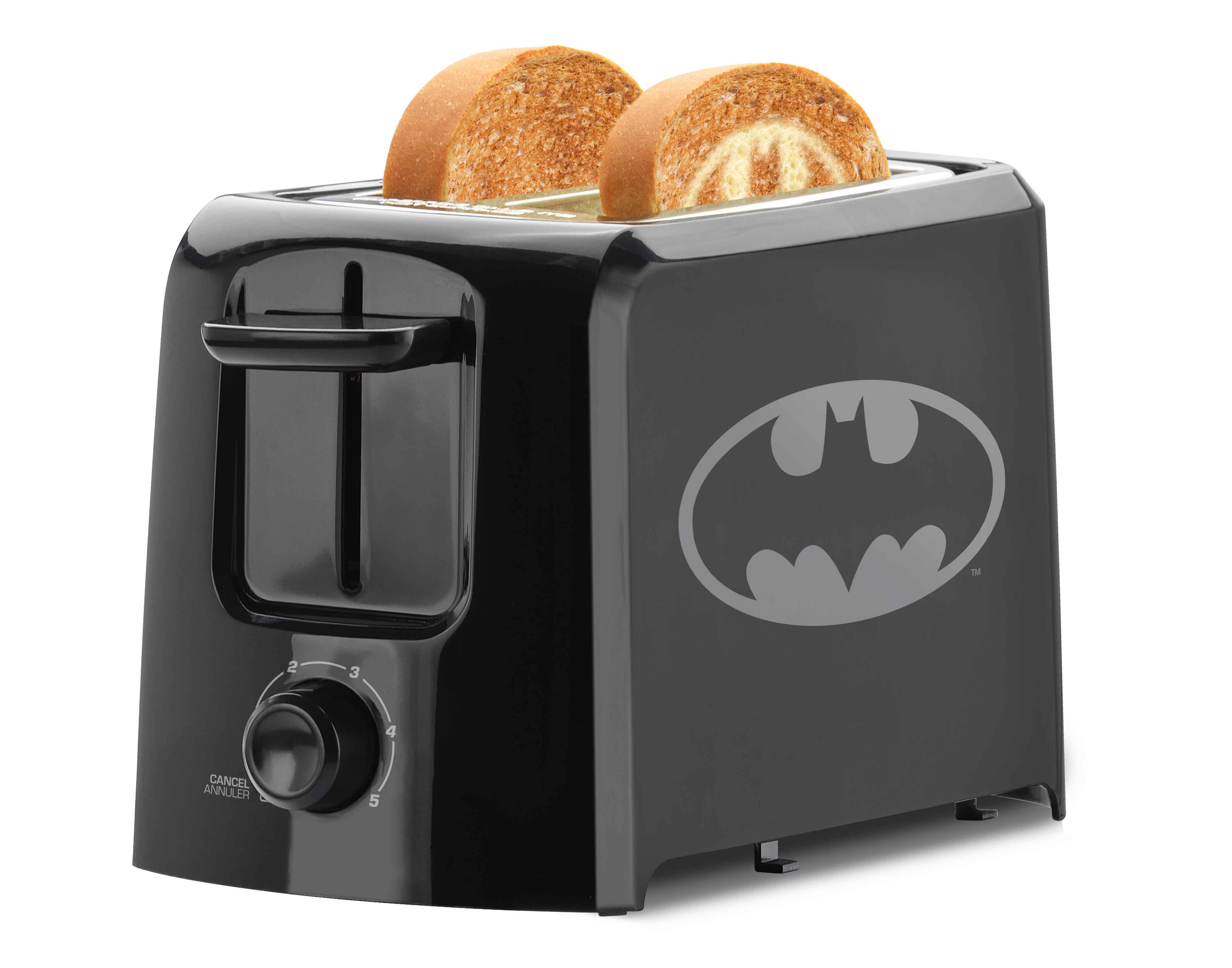 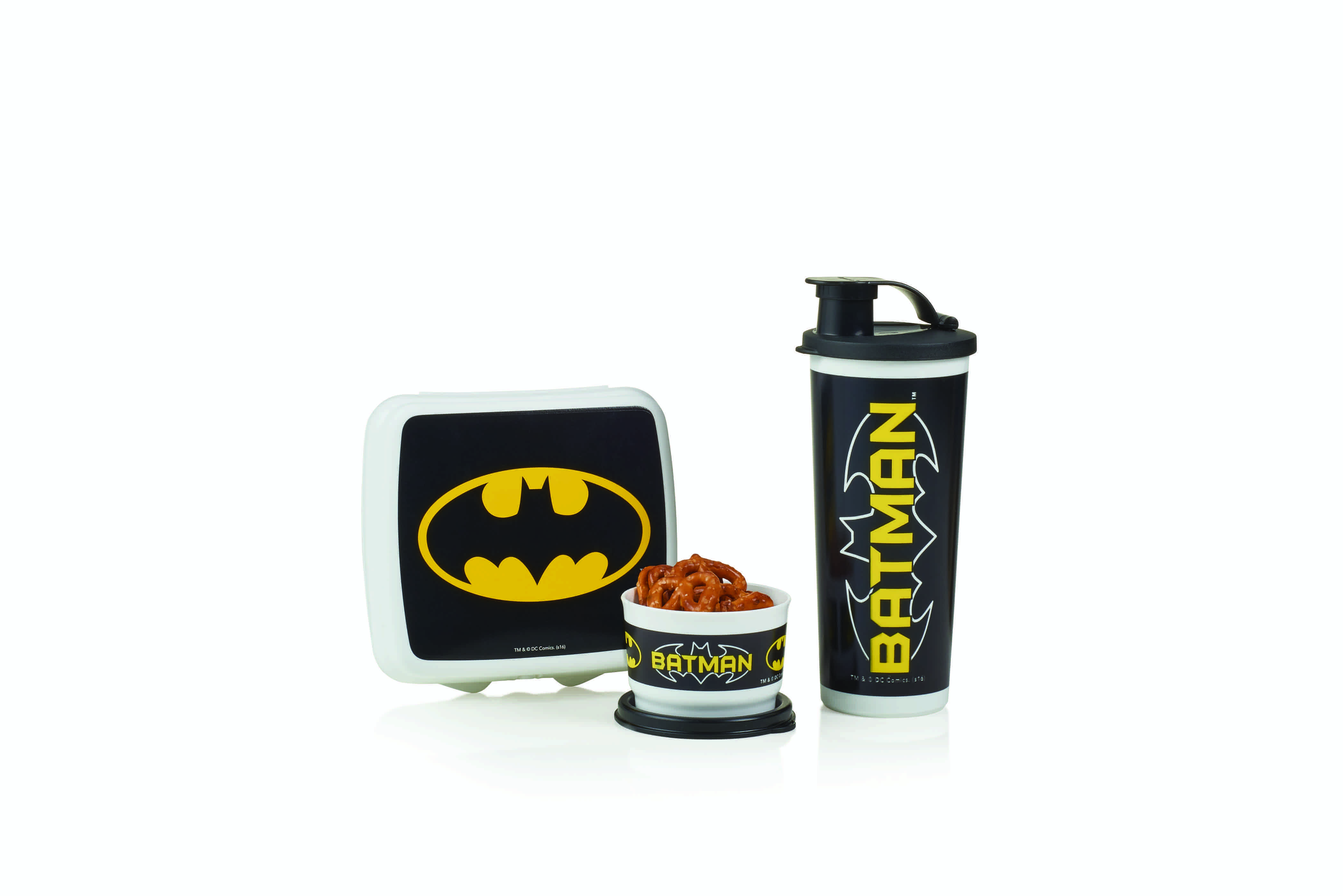 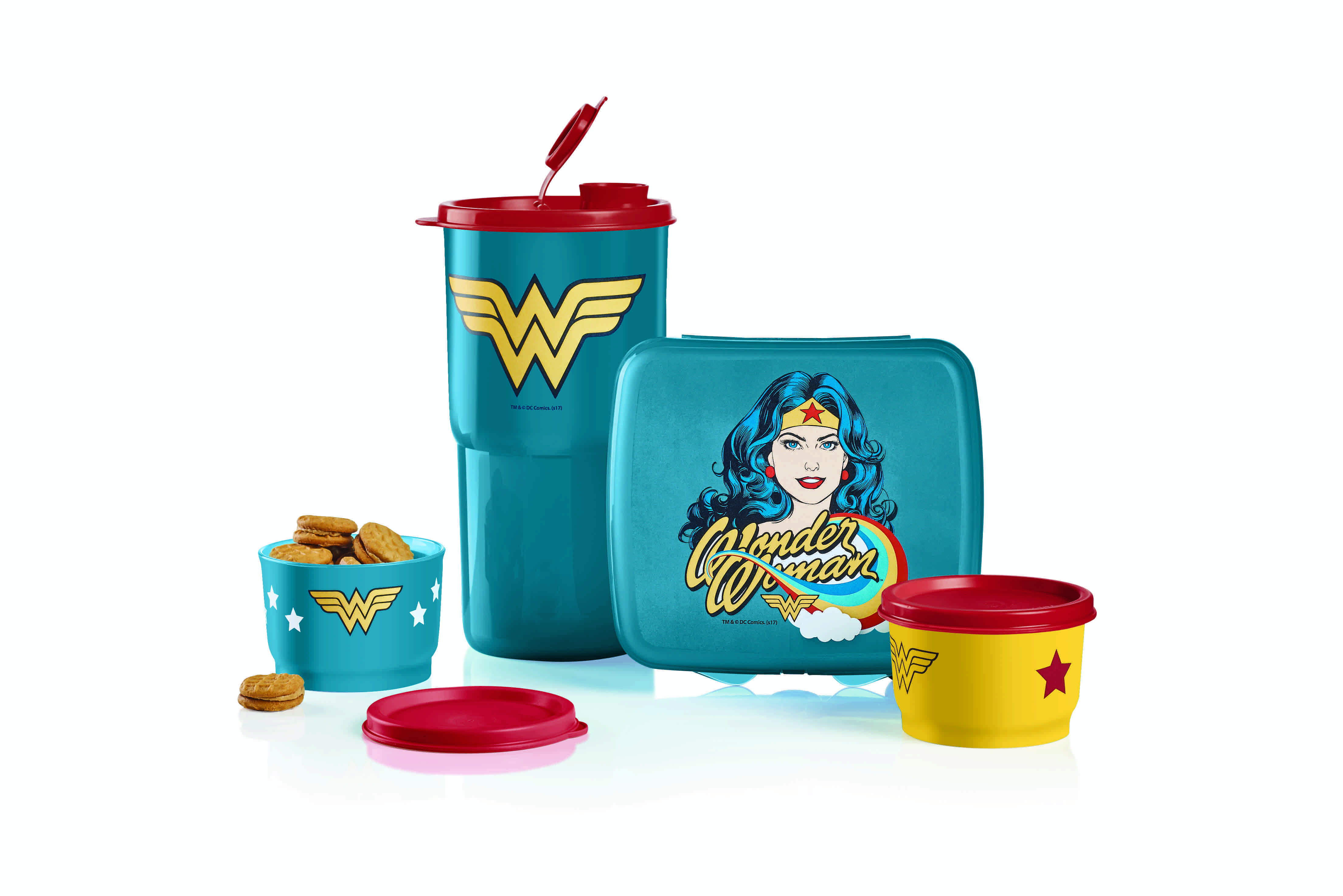 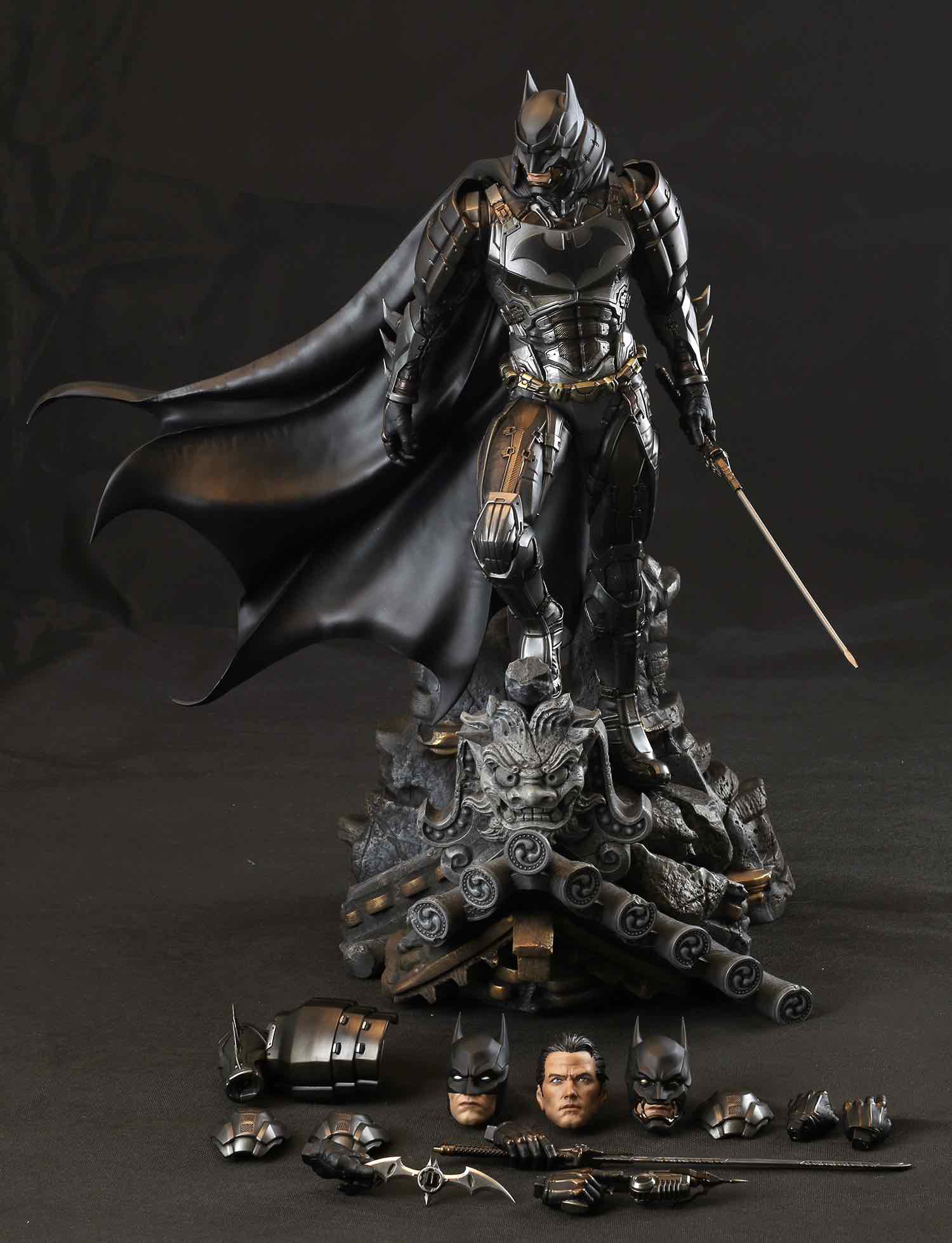 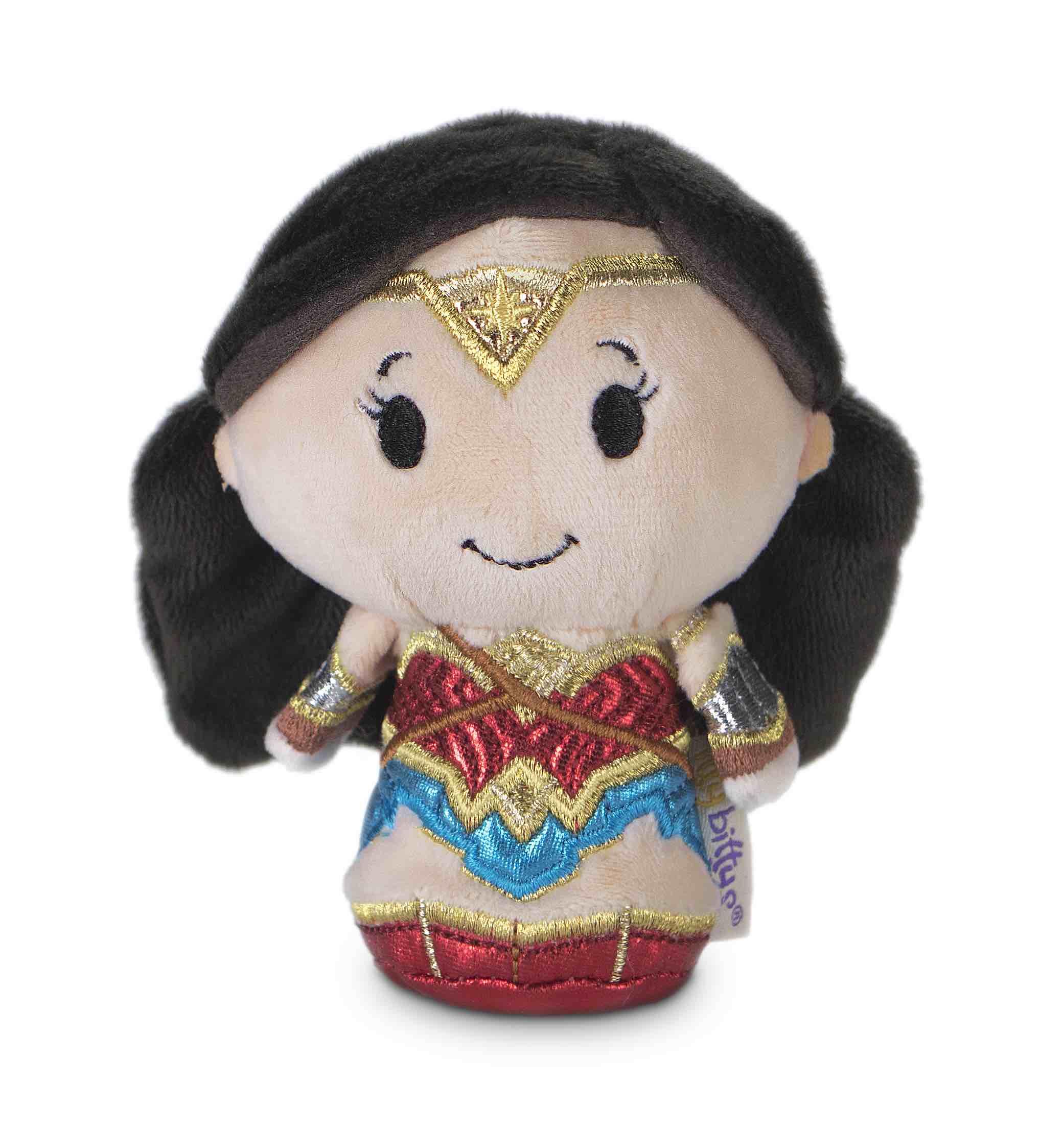 Another member of the legendary league of heroes being featured at Licensing Expo 2017 is the mighty half-human, half-Atlantean DC Super Hero Aquaman. WBCP is excited to give licensees and partners a glimpse of Aquaman to create a worldwide swell around the epic action adventure from director James Wan, who will plunge audiences into Aquaman’s all-new, expansive underwater world.  The mighty DC Super Hero’s own first-ever standalone motion picture, Aquaman swims into theaters in 2018 from Warner Bros. Pictures.

Harry Potter, one of the most beloved franchises around the world, captures the hearts of fans of all ages as a global phenomenon, and J.K. Rowling’s Wizarding World continues to expand. From Harry Potter-inspired themed lands in Florida, Japan and Hollywood, to global touring exhibitions and concert series, and consumer products for the many generations of fans – WBCP and its partners continue to deliver immersive high-quality experiences to extend the journey for the legions of current fans and new generations to come.

BUILDING ON THE STUDIO’S LEGO FRANCHISES
WBCP and The LEGO Group continue to build on their partnership of creating cool and collectible products with The LEGO® NINJAGO® Movie, from Warner Bros. Pictures and Warner Animation Group, and LEGO System A/S, hitting theaters this September 22. Inspired by the LEGO line of toys, The LEGO NINJAGO Movie tells the story of six young ninjas tasked with defending their island home, Ninjago. The film will be supported by a program highlighted by toys and collectibles, apparel and accessories, publishing and more. And assembling in theaters in 2019, The LEGO Movie 2 will treat audiences to a whole new adventure in the same irreverent spirit of fun that made the original a global phenomenon. WBCP and The LEGO Group will team up once again for an exciting licensing and merchandising program to support the much-anticipated feature film – where everything is awesome!

And this imaginative universe will get even more awesome as the LEGO animation slate introduces the all-new animated series, Unikitty!, starring the fan-favorite character from the global blockbuster The LEGO Movie.  From Warner Bros. Animation and airing on Cartoon Network, the Unikitty! series  will bring sparkle matter, happy thoughts, occasional rage-outs, dance parties and more – and WBCP is ready to offer fans and partners the explosive and exciting world of Unikitty and her cast of friends.

EXPANDING THE WORLD OF DC SUPER HERO GIRLS
Continuing to expand globally, the groundbreaking and award-winning DC Super Hero Girls is an immersive world that encourages kids to play, watch, read and be inspired to discover their own Super-Hero potential. With its unstoppable momentum and impact on female empowerment, the merchandising program spans a wide range of products, including toys, costumes, apparel, accessories, publishing, digital games and more.

And now, DC Super Hero Girls will join other DC Super Heroes regularly on Cartoon Network as part of its recently announced animated series from Warner Bros. Animation.  The all-original animated action-comedy is based on DC’s most famed characters, including Wonder Woman, Supergirl, Batgirl, Bumblebee, Green Lantern Jessica Cruz, Zatanna, Harley Quinn, Poison Ivy and many more, and builds on the successful DC Super Hero Girls direct-to-video movies as well as digital webisodes on its YouTube channel, website and mobile app.
ANIMATION CREATING EVEN MORE OPPORTUNITIES
Leading WBCP’s animation franchise portfolio, Looney Tunes pushes the envelope of humor with irreverence and high energy, bringing everything from global high-end fashion collaborations to toys for kids, as well as debut episodes of the New Looney Tunes series, from Warner Bros. Animation.  The beloved Hanna-Barbera franchises also continue to capture the attention of licensees with key properties.  Scooby-Doo uncovers mysterious fun and groovy adventures for generations of fans with the animated comedy series Be Cool Scooby-Doo!  And the famous cat-and-mouse rivals Tom and Jerry exude energetic and mischief-fueled fun in the global hit series The Tom and Jerry Show. Both series create promotional opportunities around the world. The Studio’s Animation portfolio will also include the new feature film SmallFoot, from Warner Animation Group.
MORE TENTPOLE FILMS
Ready Player One, directed by Steven Spielberg and based on Ernest Cline’s best-selling novel, levels up March 30, 2018.  WBCP is excited to tap into the nostalgia and collectability of this game-changing epic sci fi action-packed film for fans and partners alike.Global megastar Dwayne Johnson headlines New Line Cinema’s action adventure Rampage, as a primatologist who shares an unshakable bond with an extraordinary silverback gorilla who has been in his care since birth.  But when a rogue genetic experiment gone awry transforms this gentle ape into a raging monster, it’s soon discovered there are other similarly altered alpha predators. As these newly created monsters tear across North America, destroying everything in their path, he fights his way through an ever-changing battlefield to halt a global catastrophe and save the fearsome creature that was once his friend.  Rampage charges into theaters April 20, 2018, and WBCP will bring these creatures to fans through collectibles, action figures, apparel and more.Following the global success of 2014’s Godzilla and the acclaimed return of King Kong in Kong: Skull Island earlier this year, Warner Bros. Pictures and Legendary Pictures deliver the next unmissable chapter of their MonsterVerse with the highly-anticipated Godzilla 2.Directed by Michael Dougherty (Krampus), starring Vera Farmiga (The Conjuring), Kyle Chandler (Friday Night Lights) and Millie Bobby Brown (Stranger Things), this epic cinematic event unites the larger-than-life icon and global fan-favorite with some of the most renowned giant beasts in popular culture. When the King of the Monsters comes stomping back to screens in March 2019, WBCP, together with Warner Bros. Pictures and Legendary, will continue the action and adventure through its exciting product offerings for fans.
SUPER HERO-FUN WITH ALL-NEW LIVE-ACTION DC TV AND ANIMATION CONTENT
DC Super Heroes and Super-Villains featured in the popular animated series Teen Titans Go! and Justice League Action, as well as top-rated live-action TV programming like The Flash, Arrow, Supergirl, and Gotham, all continue to inspire products, promotions and partnerships across global licensing and merchandising programs.
WBCP’s POWERFUL PORTFOLIO
WBCP also continues to thrill generations of fans with its Seasonal and Horror portfolio offerings of must-have merchandise inspired by the Studio’s entertainment collection of classics, such as A Christmas Story, and New Line Cinema’s Friday the 13th, A Nightmare on Elm Street and the upcoming release of IT, based on the seminal best seller by Stephen King.  Additional beloved titles from the classic portfolio include Willy Wonka and The Chocolate Factory and The Wizard of Oz; as well as the Stanley Kubrick collection; along with the hit comedy series The Big Bang Theory; and much more, showcased during Licensing Expo 2017.