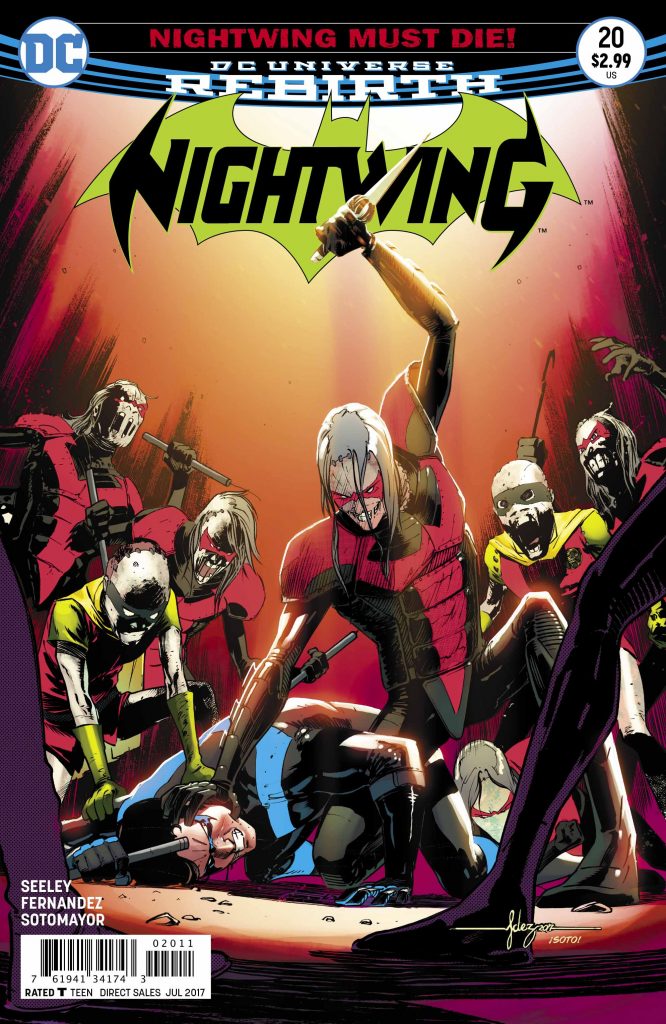 After how much I enjoyed “Blüdhaven,” I was worried that “Nightwing Must Die” wouldn’t stack up; I was wrong. Looking back at the previous four issues of this arc, I realise I’ve given a 10/10 to every single issue and – spoiler alert – there’s another 10 on the way. There is just something about the way Seeley writes Dick that makes this book so much fun to read. Not only that, but this arc felt like something from Grant Morrison’s run on Batman and Robin, which featured Dick and Damian, among Simon Hurt and Professor Pyg. Seeley treats these classic characters with such respect and it is genuinely a thrill to read. This final issue felt very… well, final. It closed off the arc nicely, and could have even been a series finale if the book was finished. The final page of this issue too was absolutely amazing to look at. It was incredibly nostalgic.

The finality and almost full circle-ness of having Deathwing kill Simon Hurt felt like the best way this arc could’ve wrapped up – although I don’t believe for a second that either of them are dead. Deathwing, I am closer to believing is dead, but I feel as though Seeley isn’t done with Simon yet. I loved the split focus between what was going on inside Dick’s head and the conversation between Shawn and Deathwing; the balance was perfect, and the tones similar enough that it flowed, but not so similar so that it was boring. Truly I feel as though Seeley should be writing team books like Justice League or Teen/Titans, because – and this issue shows it wonderfully – the way he writes characters with the same levels of importance is something every writer should take on board. 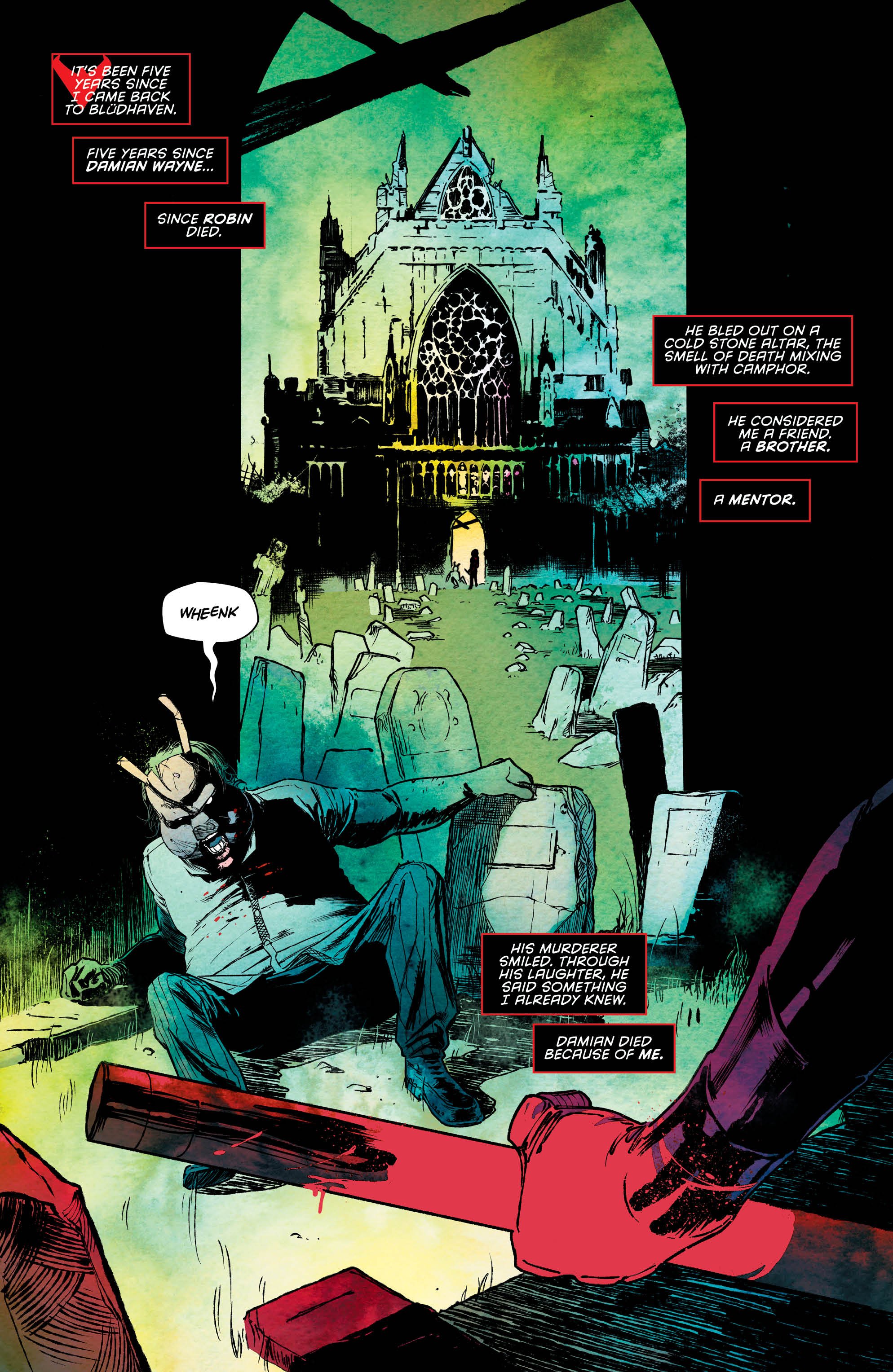 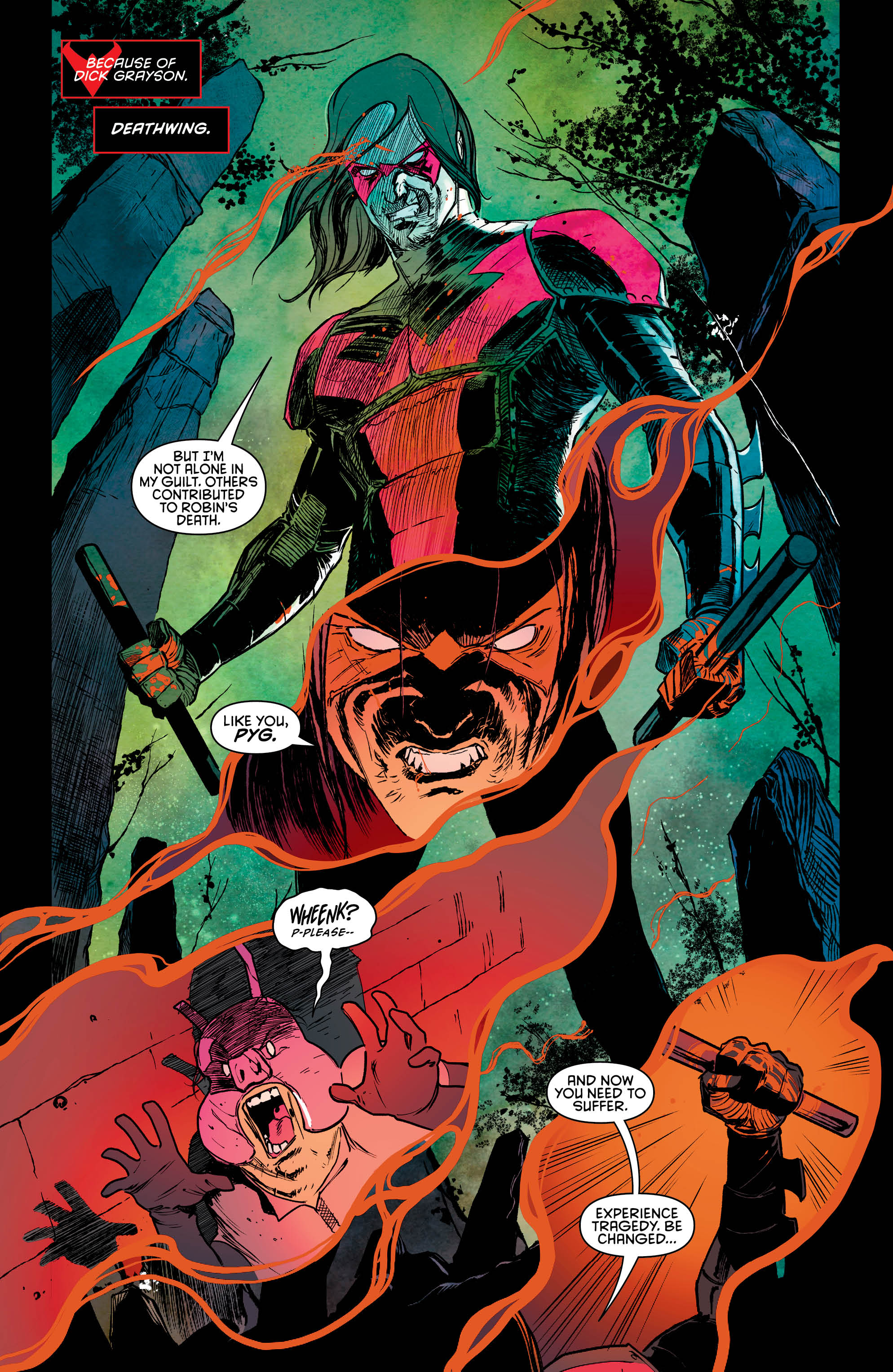 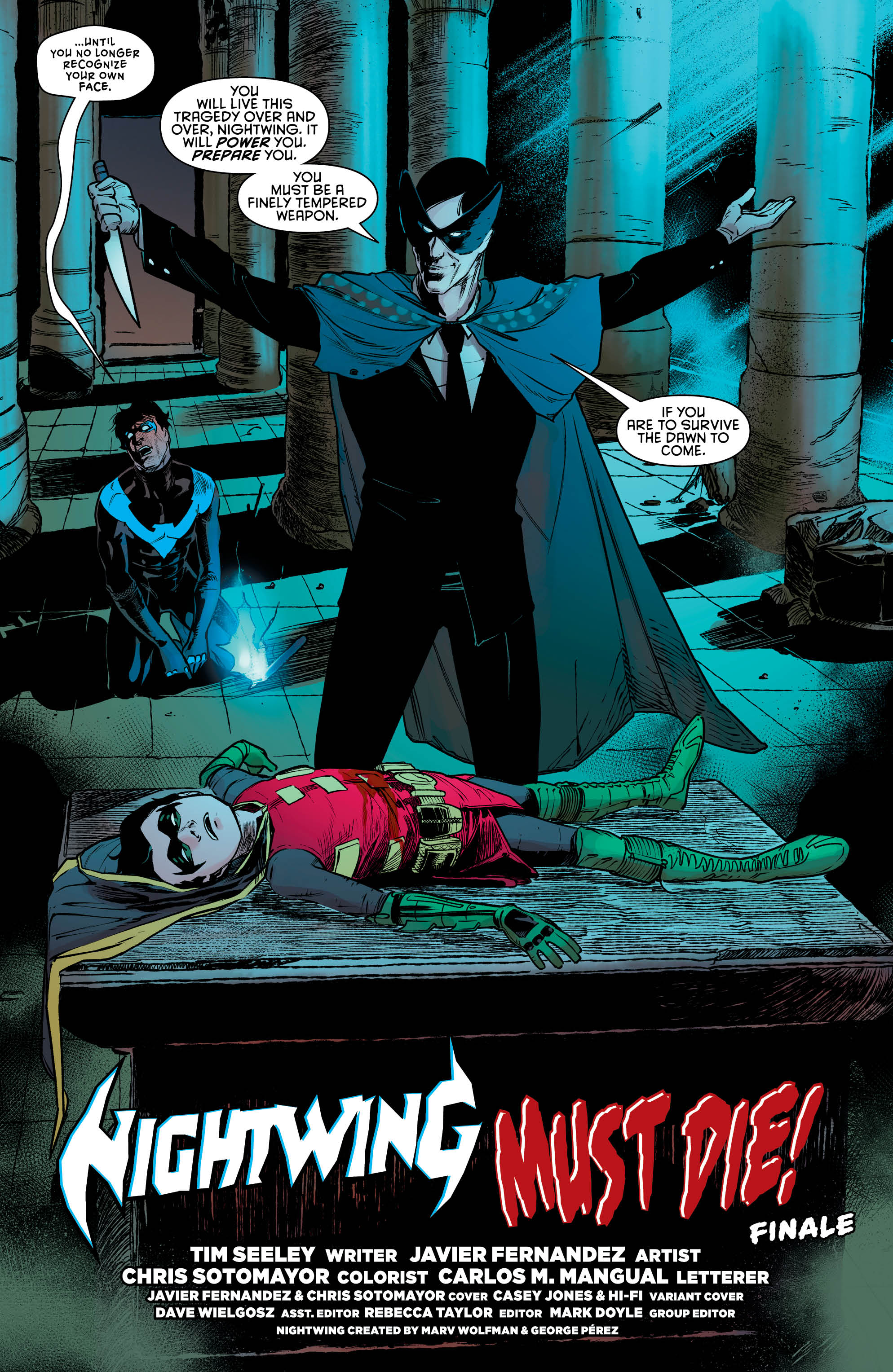 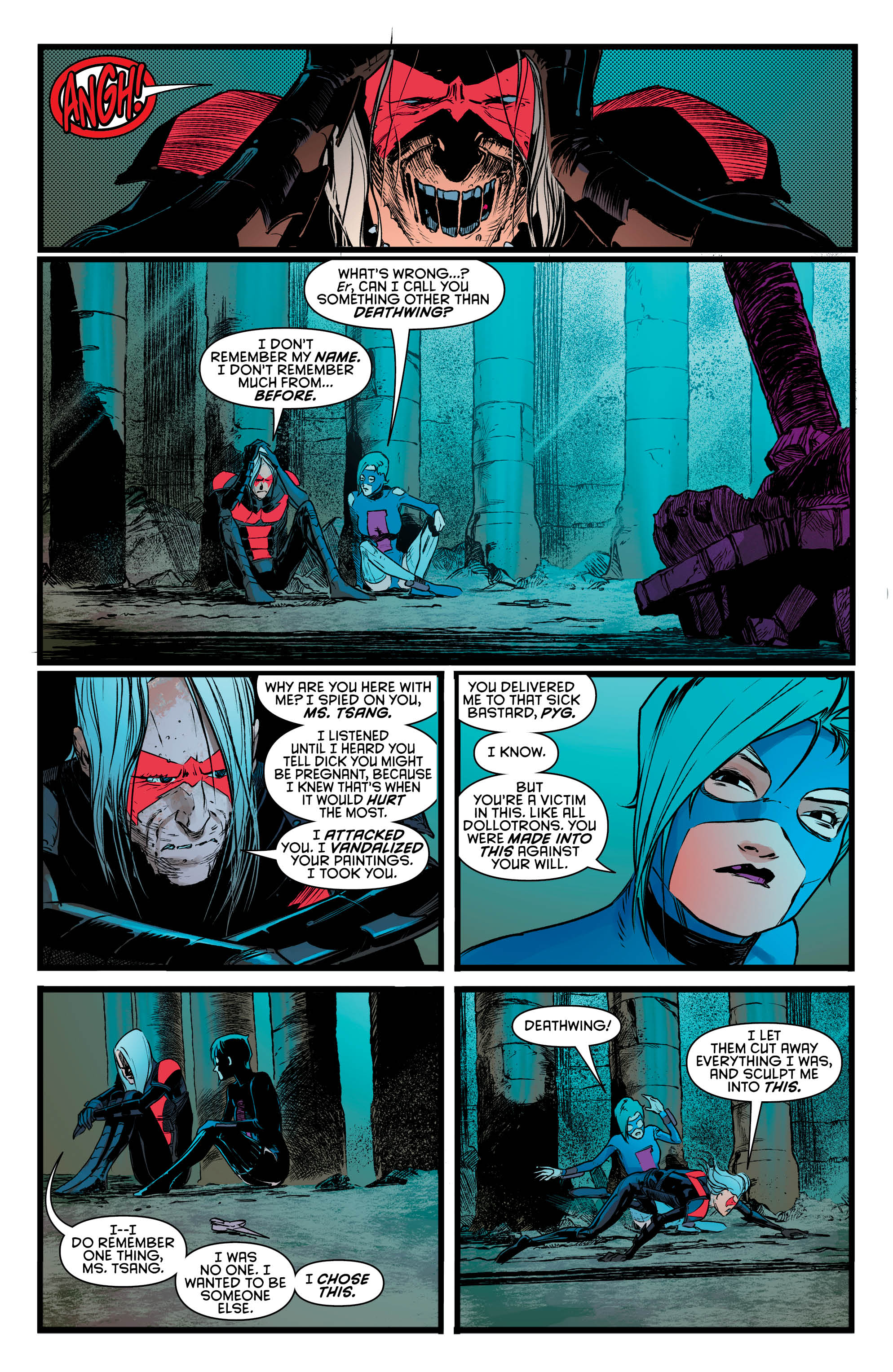 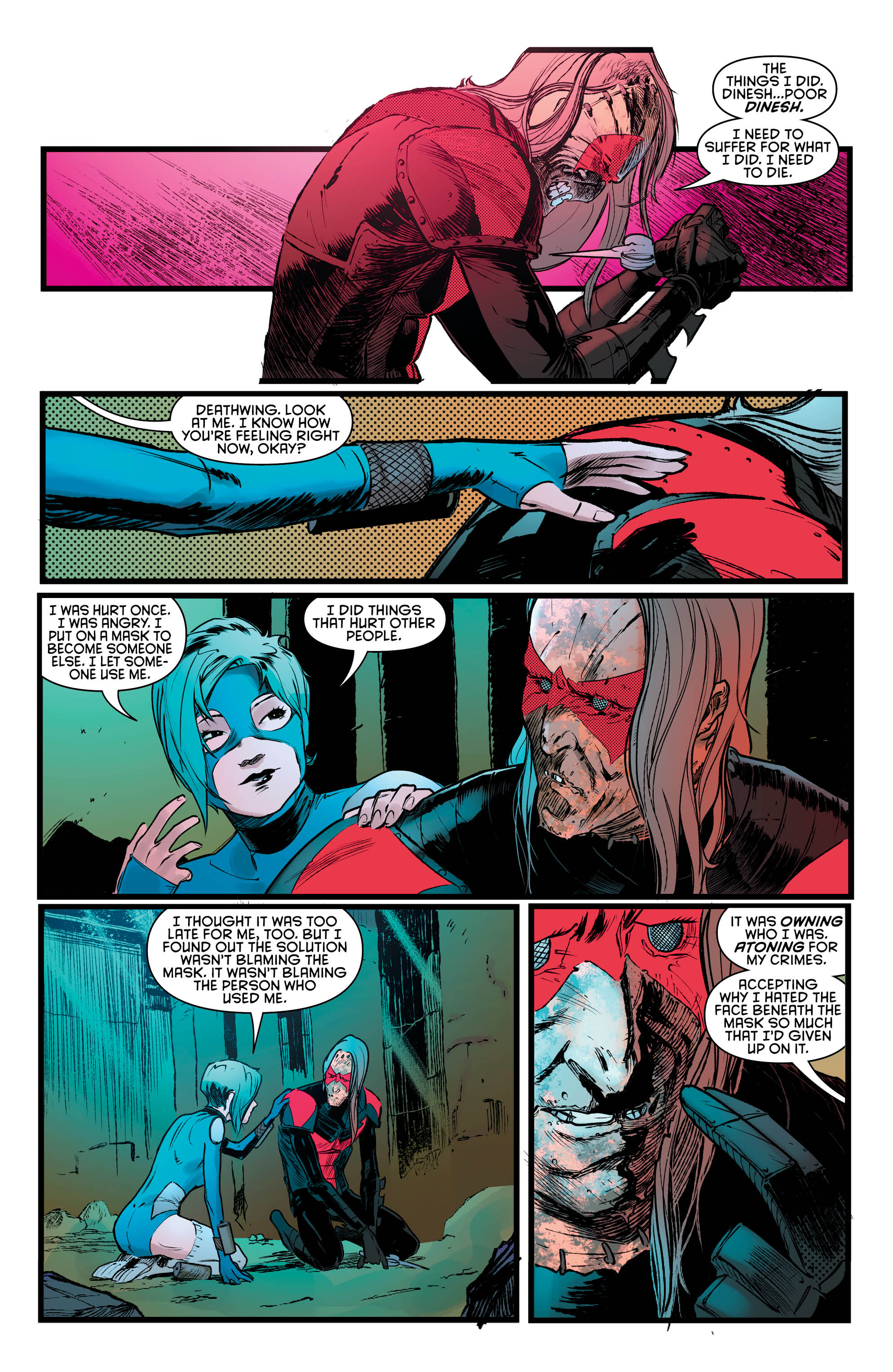 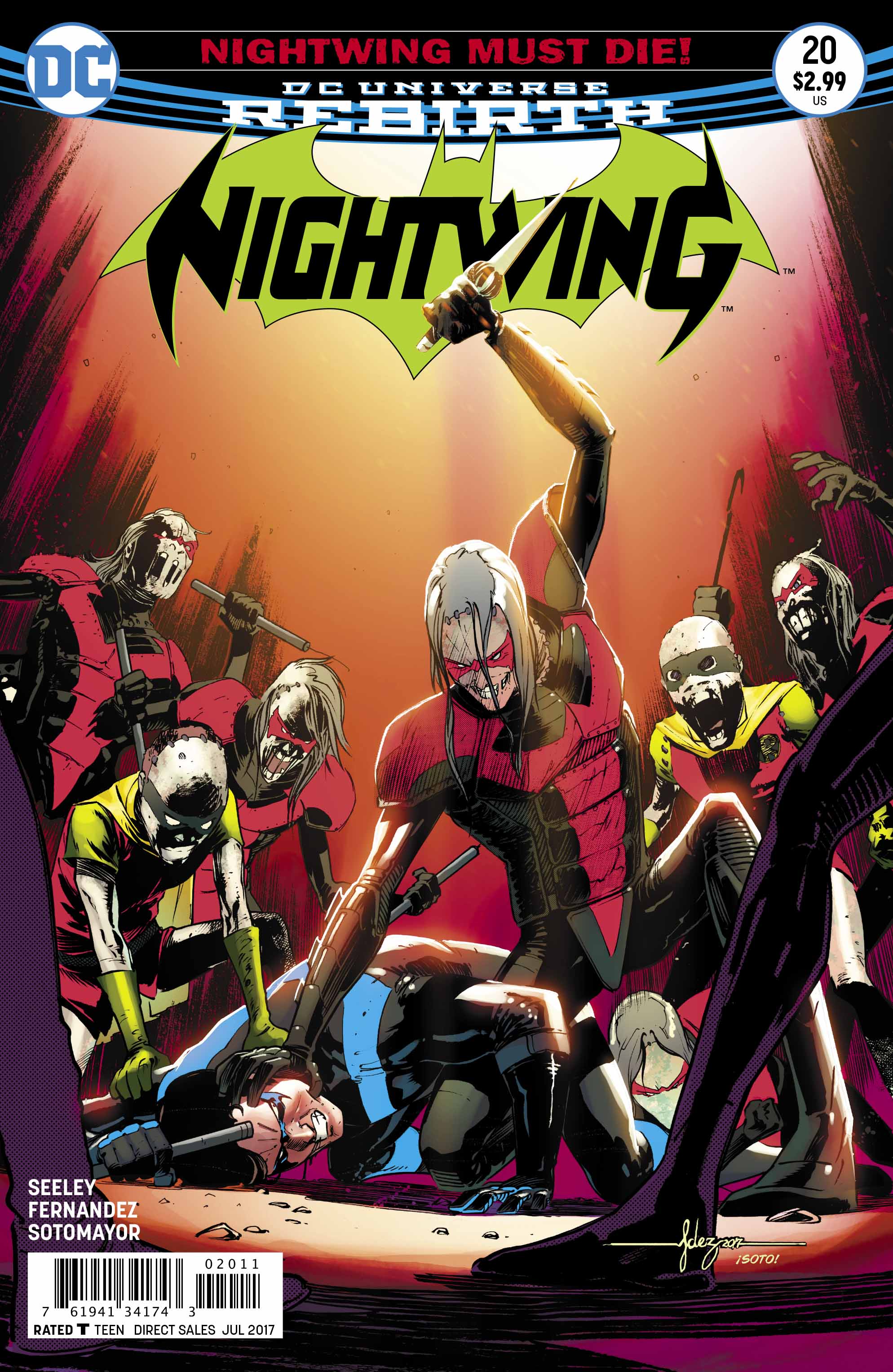 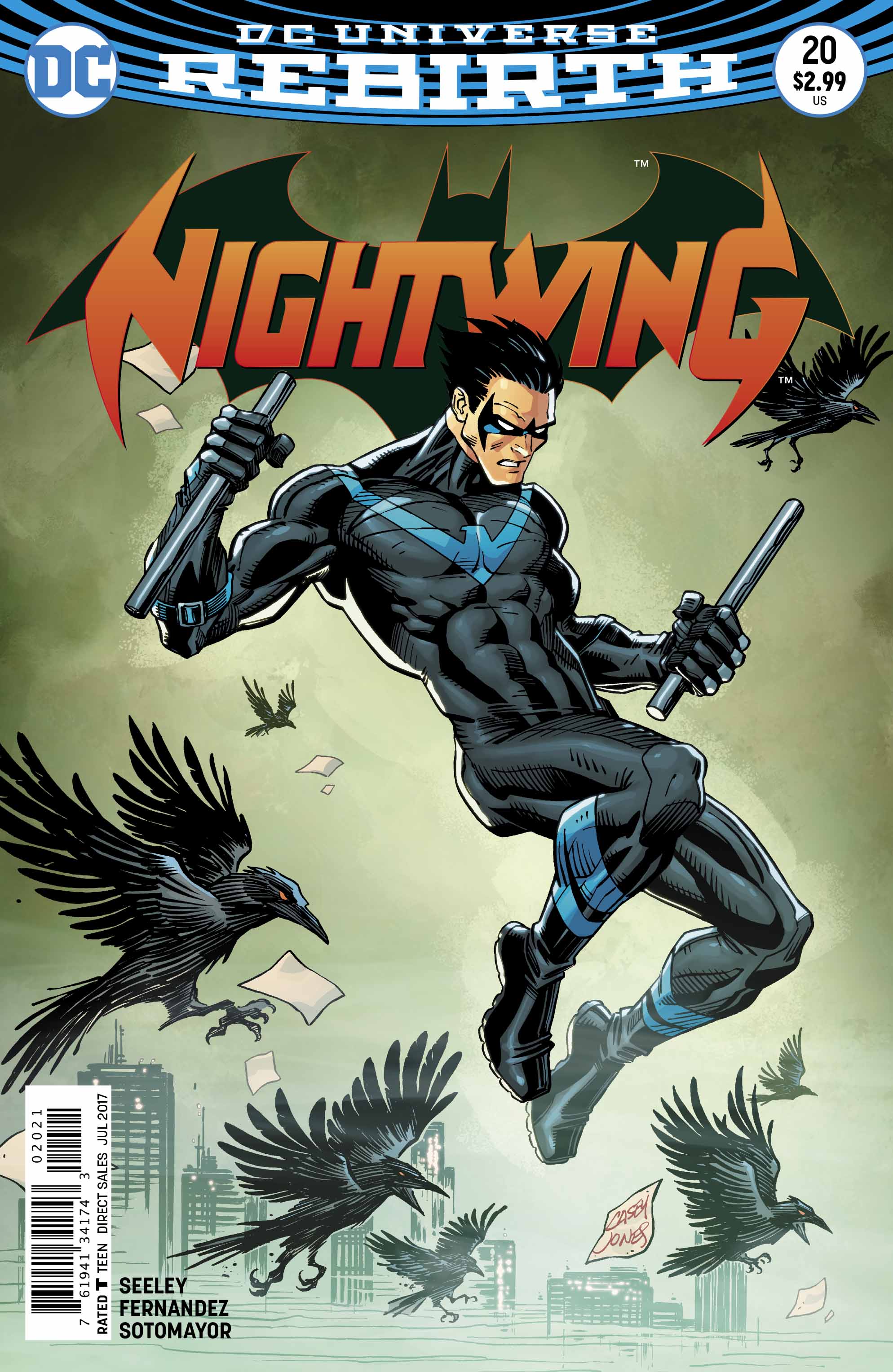 Art wise I have nothing new to say. It is as phenomenal and consistent as ever. Javier Fernandez, Chris Sotomayor, Carlos M. Mangual, all tied together with Seeley. I would argue that this is one of the best creative teams in comics presently.  To say this issue ended the arc on a high note would both be correct and incorrect to say. It dealt with a lot of heavy themes and doesn’t necessarily have the typical “happy ending,” but it also felt hopeful and finished out the arc as strongly as it began. Every arc prior has sort of led into the next one – with “Blüdhaven” literally ending where this one begins, so it makes me wonder, with the finality of this issue, whether Nightwing #21 will pick up from here, or whether it will begin a new set of flowing arcs. Either way, I will be grabbing it.

There is very little to say that I haven’t said before. Seeley and his team have delivered an all-round incredible arc that ended in this issue on a very strong and potent note. I cannot recommend this series enough to anyone who will listen, so if you only pick up one book this week, make it this one.

‘Lego Batman’ Is A Hero For Time Warner