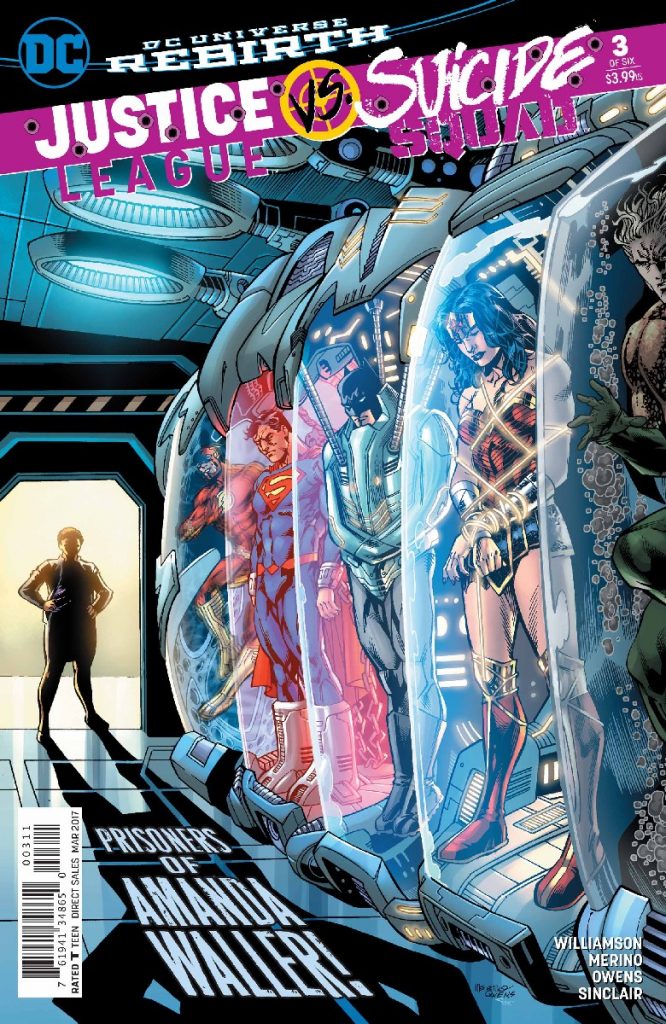 We get a break in the action, but the story kicks it up a notch in Justice League vs. Suicide Squad #3. We pick up right where last week’s issue left off, with members of the league stuck in Belle Reve. Luckily nothing can contain the Dark Knight, and he makes a run at Waller. Meanwhile, the tides have turned and the Squad get their chance to pick at the League. Each character gets their moment, and there’s a lot to like in these panels. Elsewhere, Max Lord and his group of misfits scratch another mission off their “to-do” list. The issue ends with a look at what’s ahead. Waller gives everyone (including us fans) a bit of an explainer on Lord and his personal squad, and why they’re on their way to Belle Reve.

As mentioned above, action takes a backseat in this week’s issue. While we’ve had two weeks worth of awesome fights and witty banter, there’s so much to love this week (in addition to everything thus far). Writer Joshua Williamson is crafting such a flawless story, waiting 7 days for the next issue seems too long. Here, every character is crafted so true to him/herself. Every line seems perfect. There’s drama, humor, and even Batman kicking ass (as usual). The plot is also moving along at a perfect pace. Had we seen another issue full of fights, it may have been a bit much. But Williamson knows this, and gave us 30+ pages of story. Excellent. 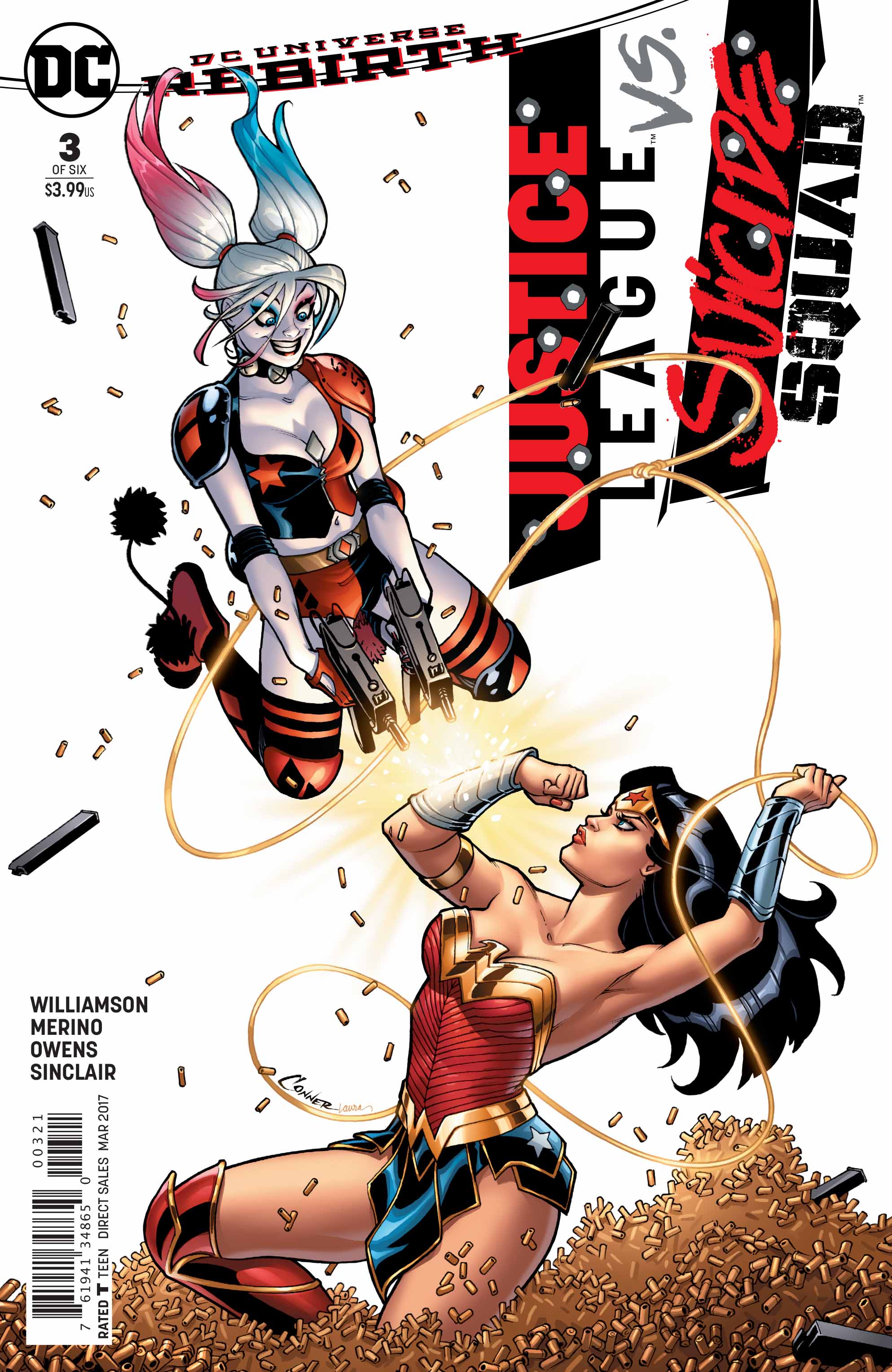 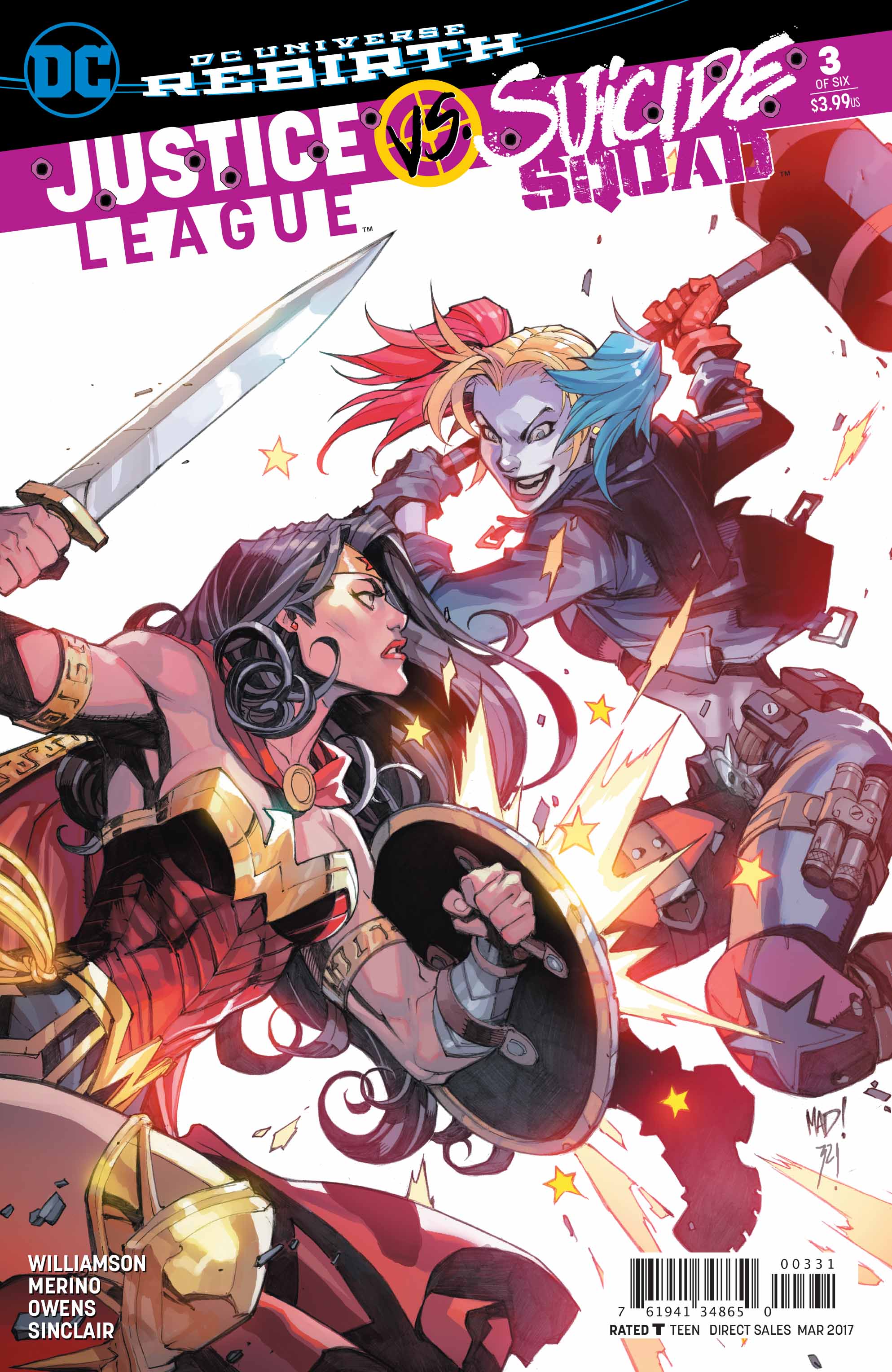 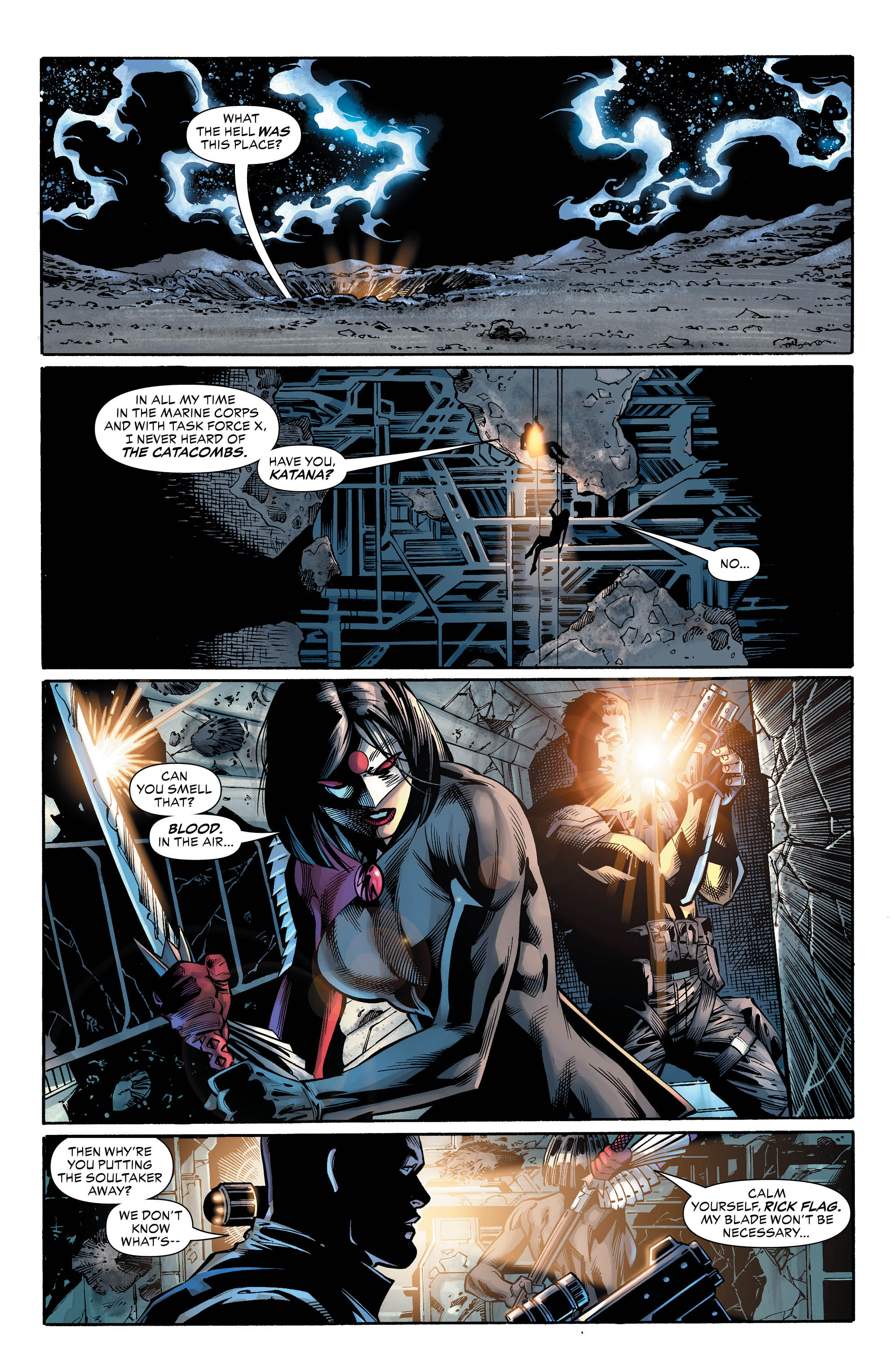 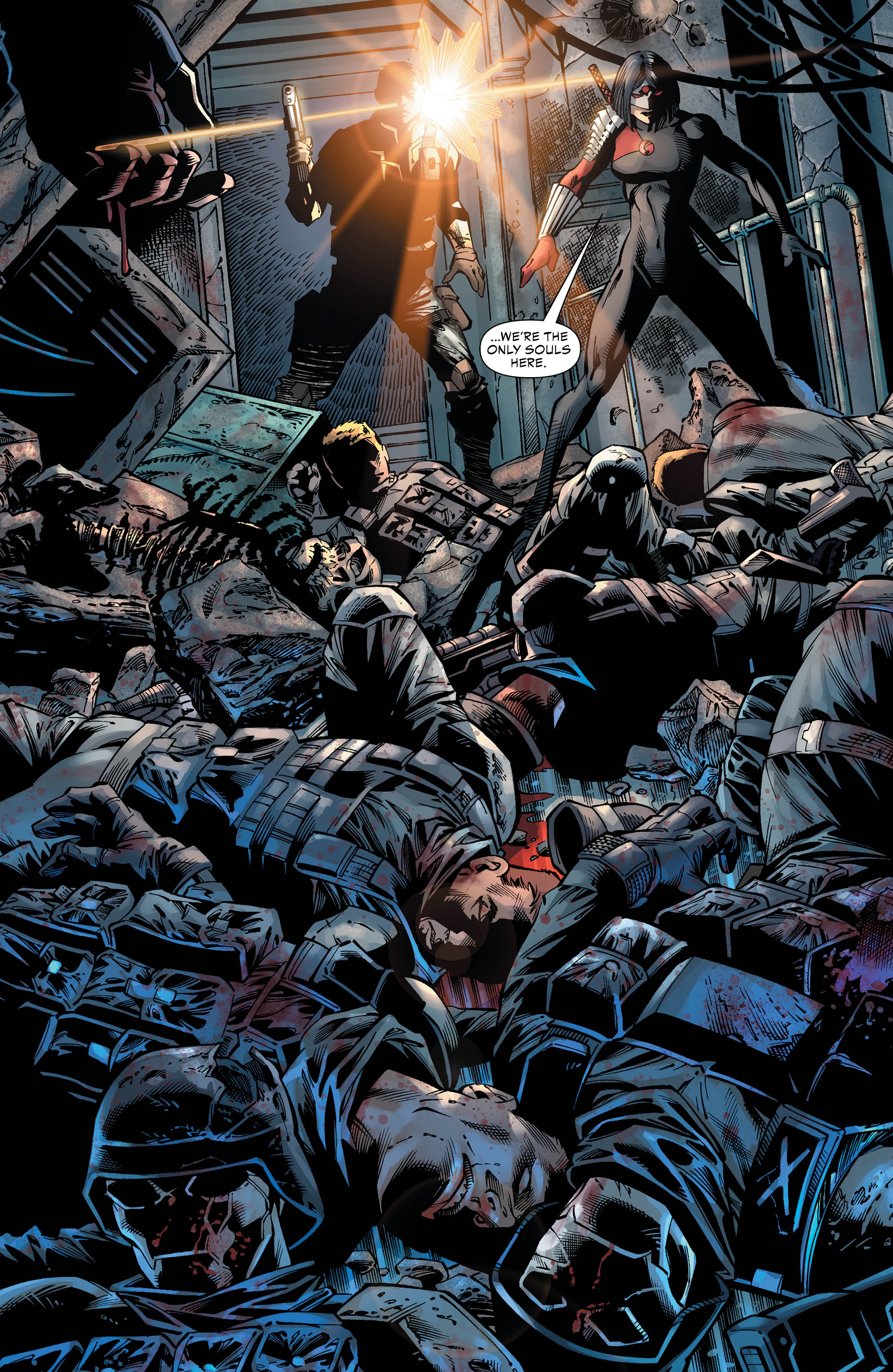 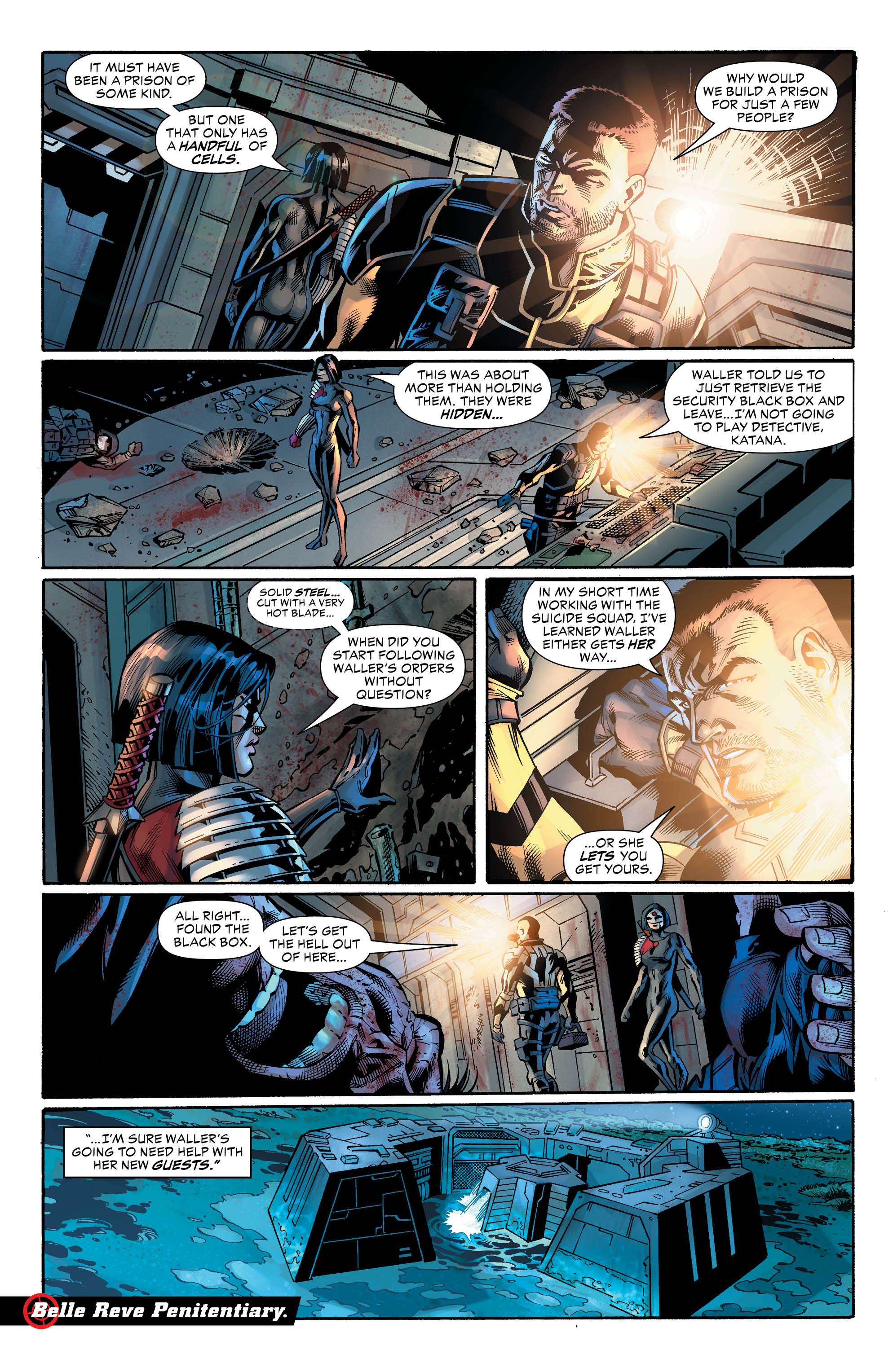 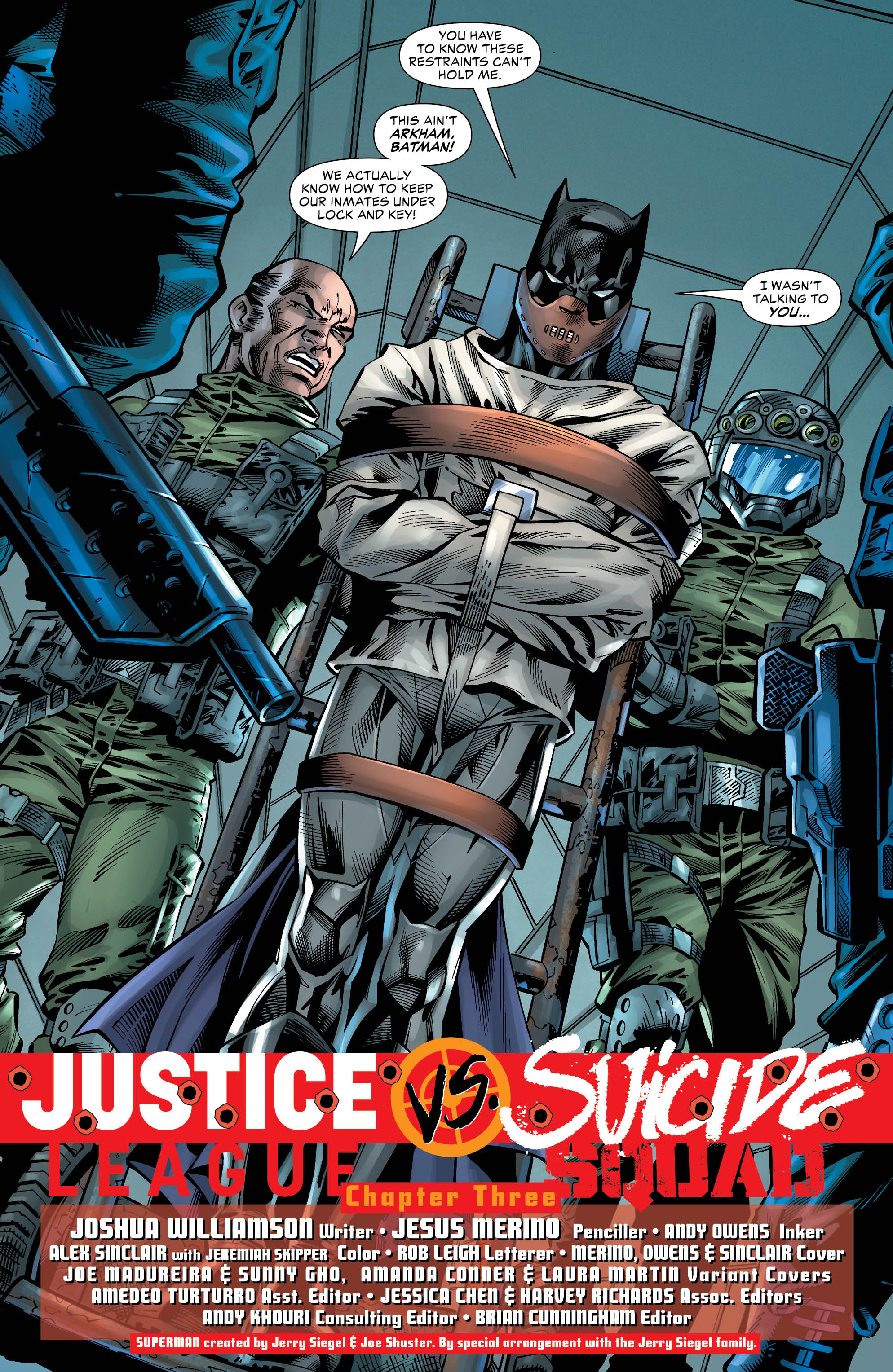 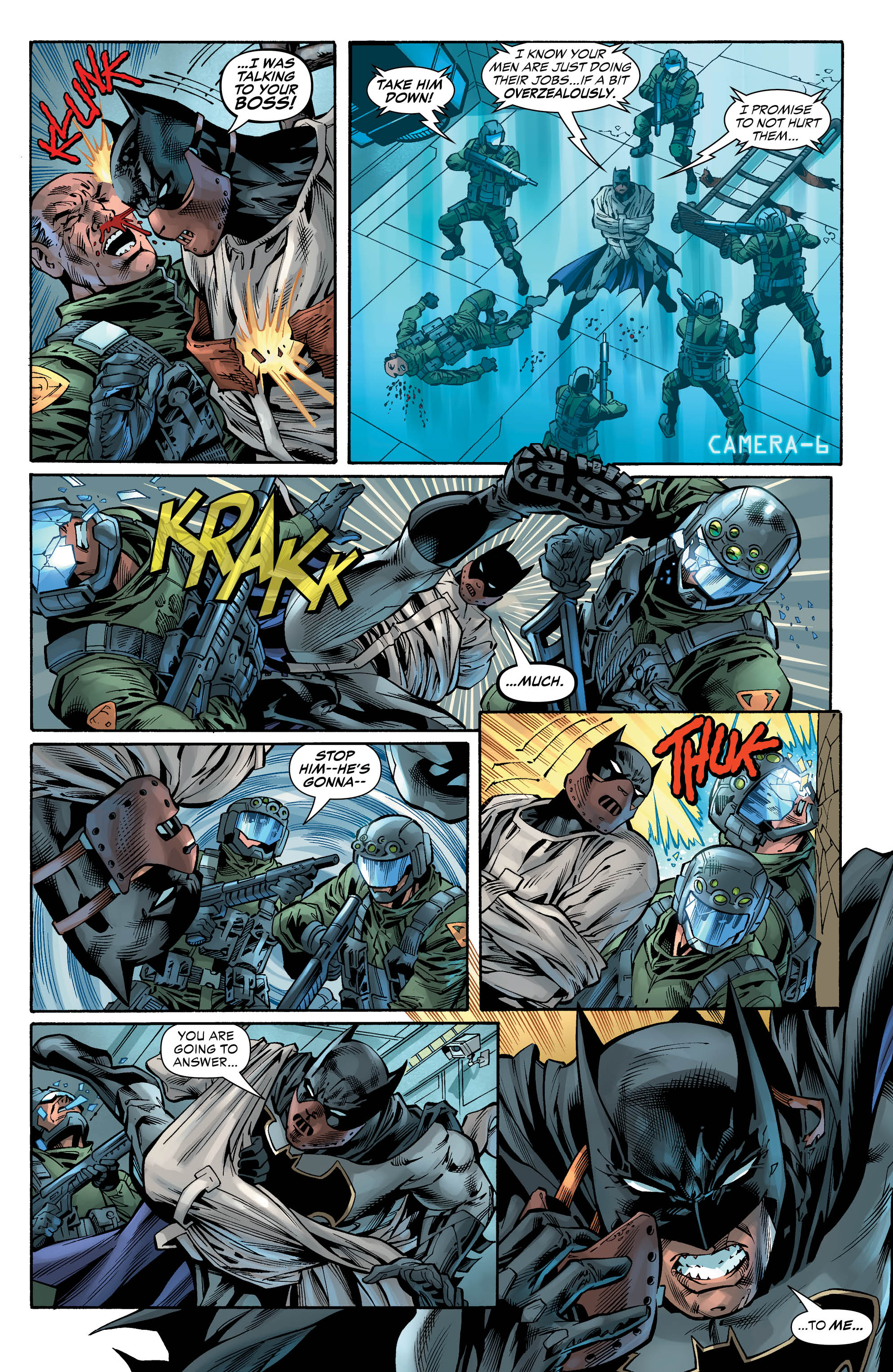 While this marks the third issue of the title, it’s also the third artist on the book. Following the likes of Jason Fabok and Tony Daniel is intimidating. Luckily for us, Jesús Merino steps up to the plate in a big way. While his art is distinctly different, it’s not too far from what we’ve seen so far. Usually, I’m not a fan of a story switching artists (REALLY not a fan). However, Justice League vs. Suicide Squad has found the right mixture for a delicious blend of artistry. I’m looking forward to what Fernando Pasarin will bring to the table next week.

Overall, another knockout issue of Justice League vs. Suicide Squad. We get a timeout from action for another serving of story, and it works. The characters are spot-on, and they look good too. While we’ve seen the two teams battle, it’s about to turn into a triple threat match. I can’t wait.