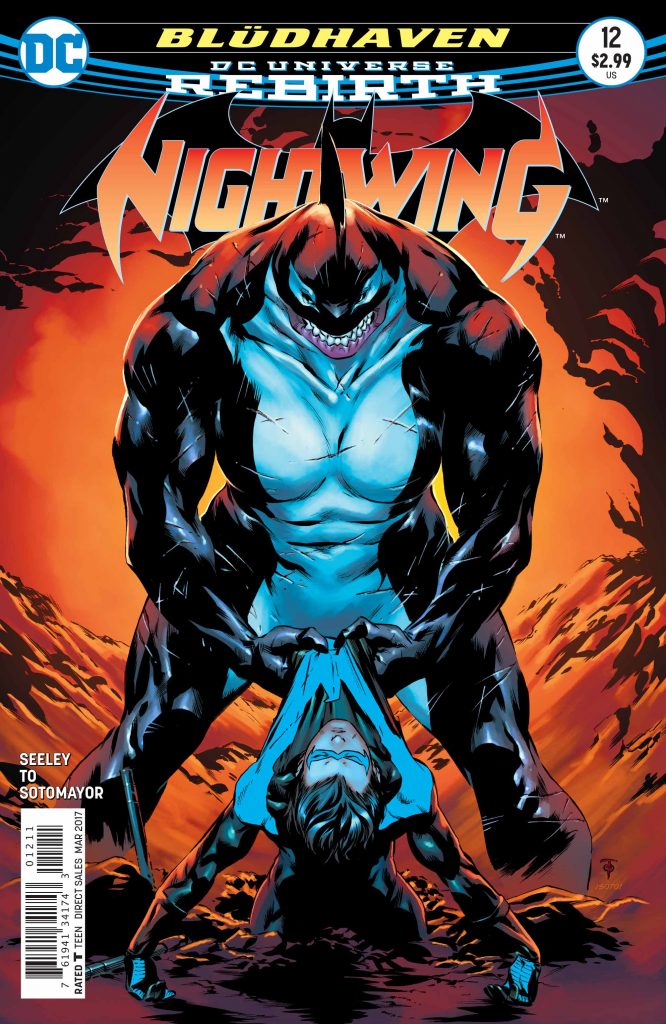 Seeley and To continue their “Blüdhaven” arc this week in issue three – and they show no signs of slowing down! Picking up right where issue eleven left off, Nightwing is seen playing detective again to try and figure why Shawn has been framed for a murder in the same way Gorilla Grimm was in the issue before that. After a little bit of slow backstory/exposition, the Run-Off’s and Nightwing go to confront another potential victim before they are attacked by the centerpiece of the issue: Orca. A short fight ensues before Seeley ends yet another issue with a new character introduction.

I have to admit: I don’t know much about Orca. I can’t recall an issue I’ve ever read of any DC series that features her, so going into this, I only know her by reputation, and it’s not a very good reputation, if I’m honest. I believe all characters are redeemable in the right context however, and this setting seems perfect for the return of Orca. Considering this entire series so far has centered heavily on redemption as a key theme, the backstory for Orca’s appearance is pretty straightforward: a former Run-Off who fell back into crime for no other reason than self-loathing. As silly as Orca is – much like Man-Bat – I genuinely felt sorry for. The way Seeley wrote her – coupled with To’s incredible artwork – gave a real sense of purpose to her appearance. 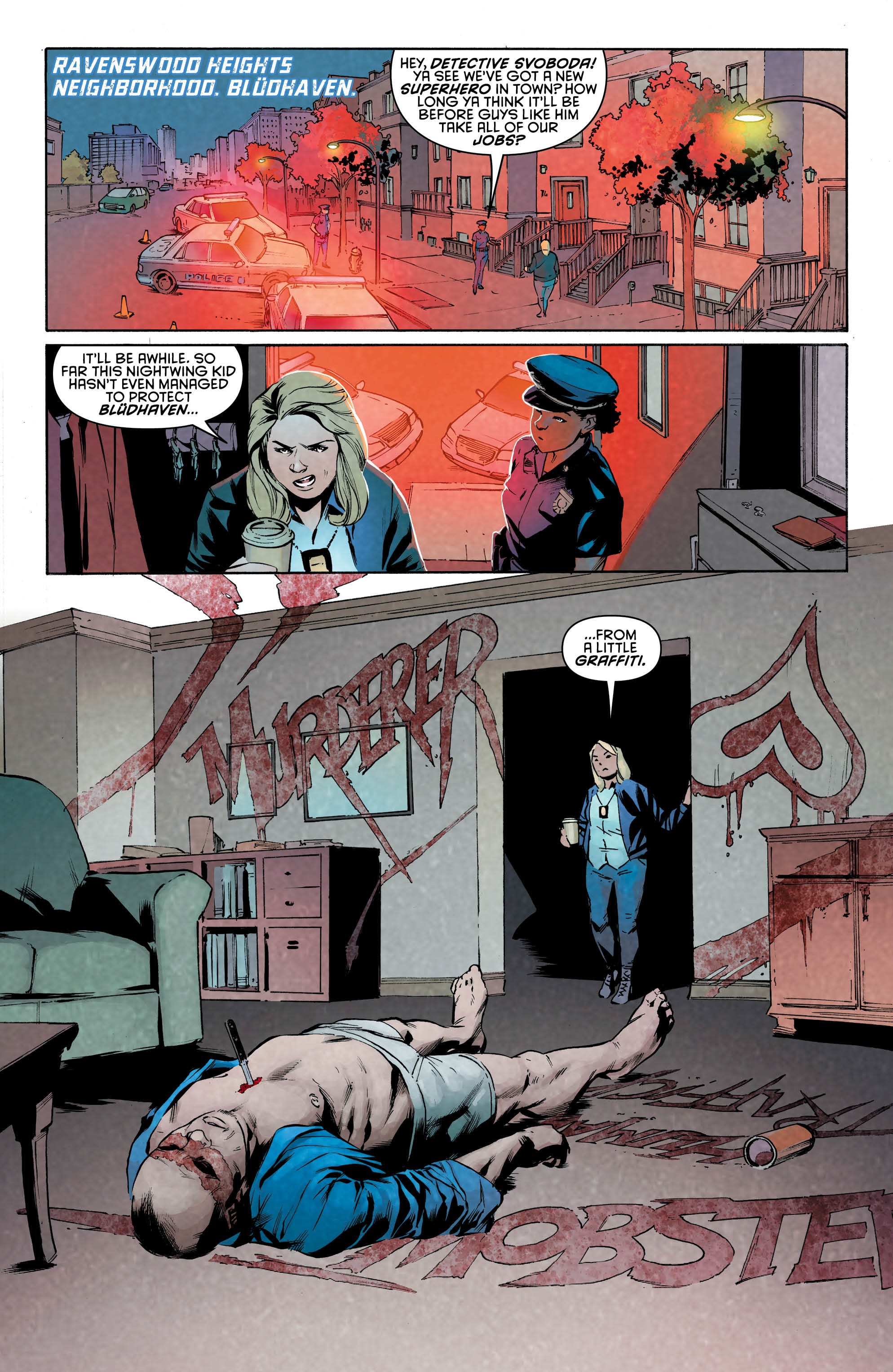 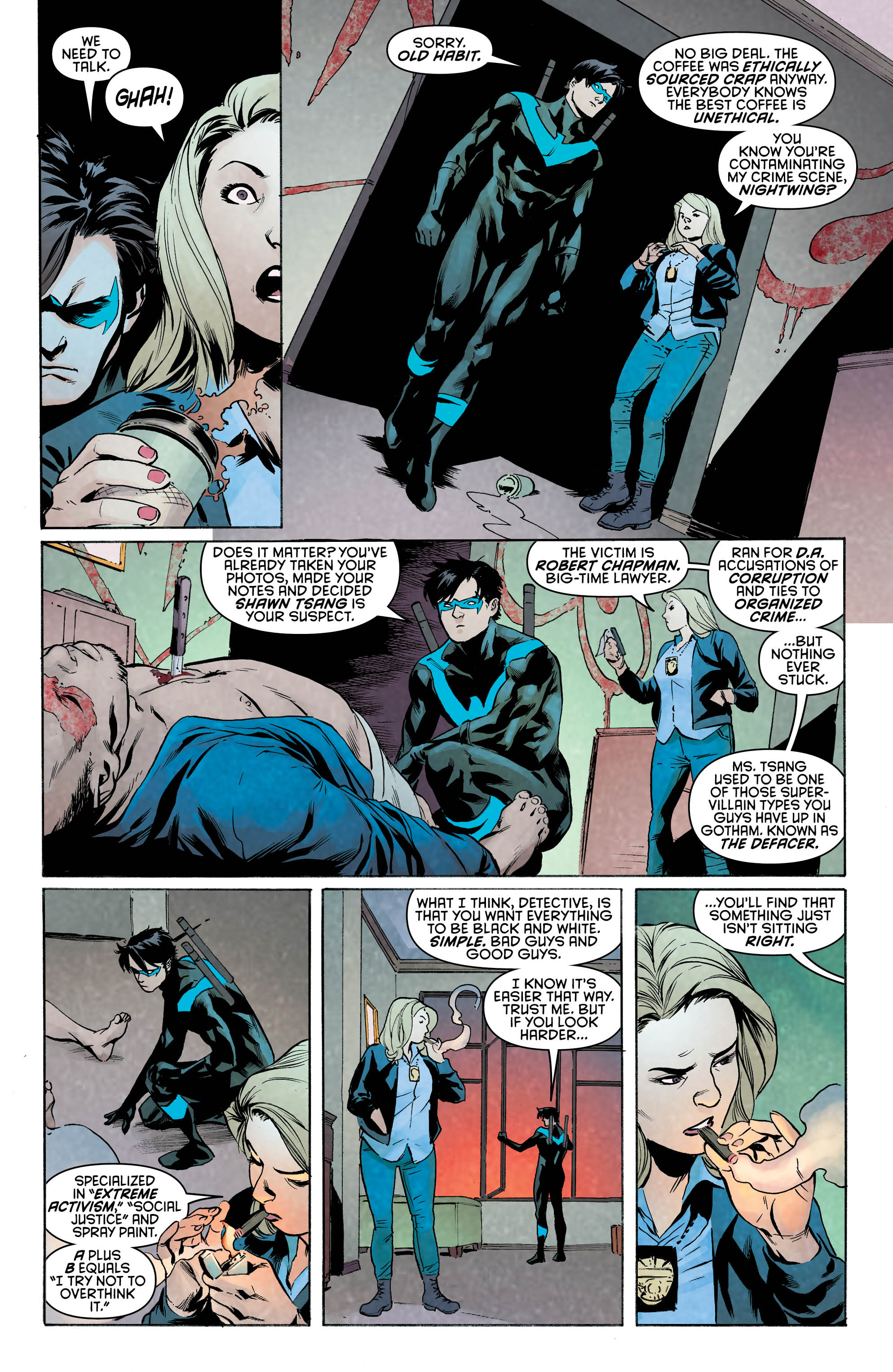 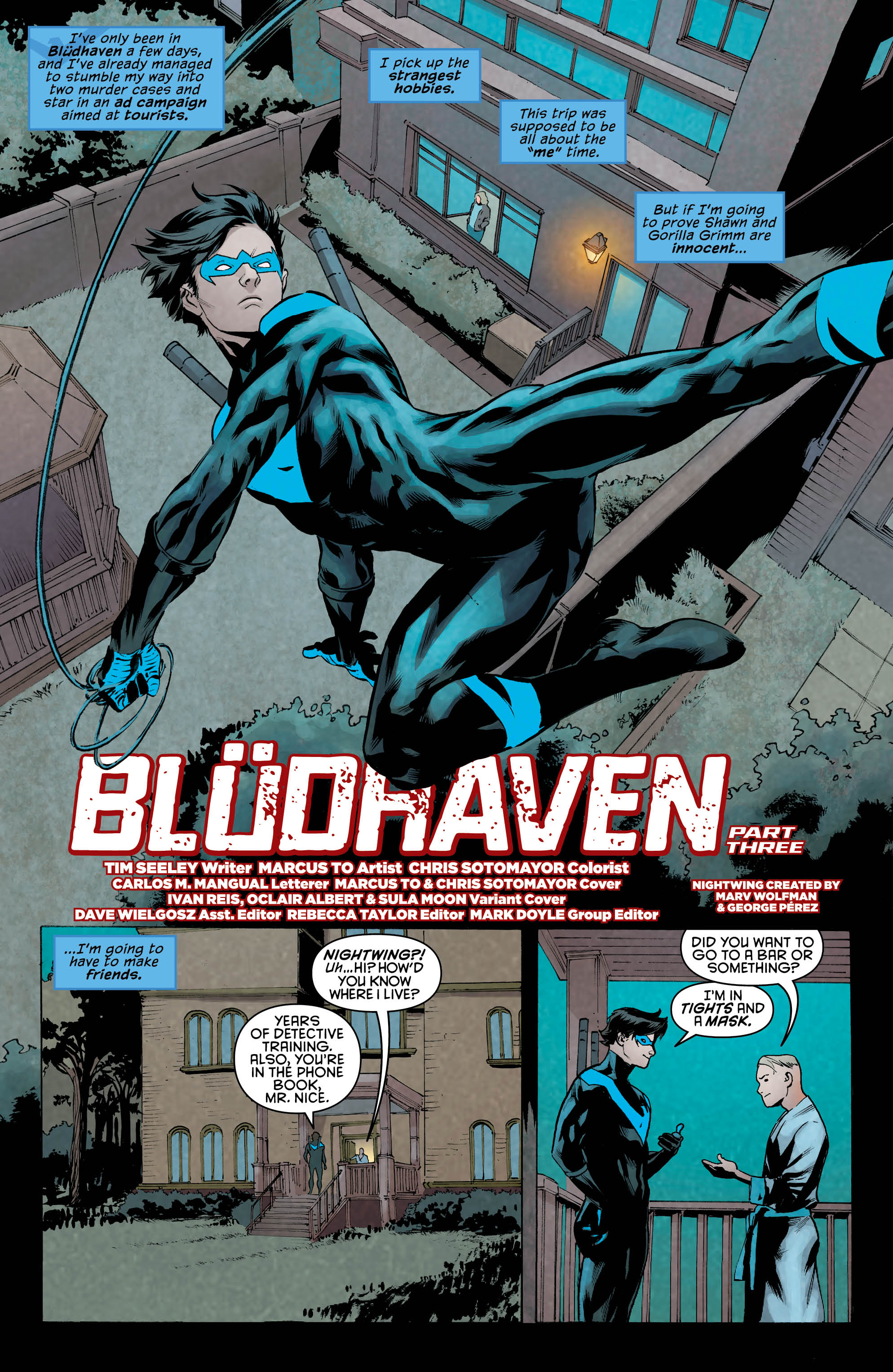 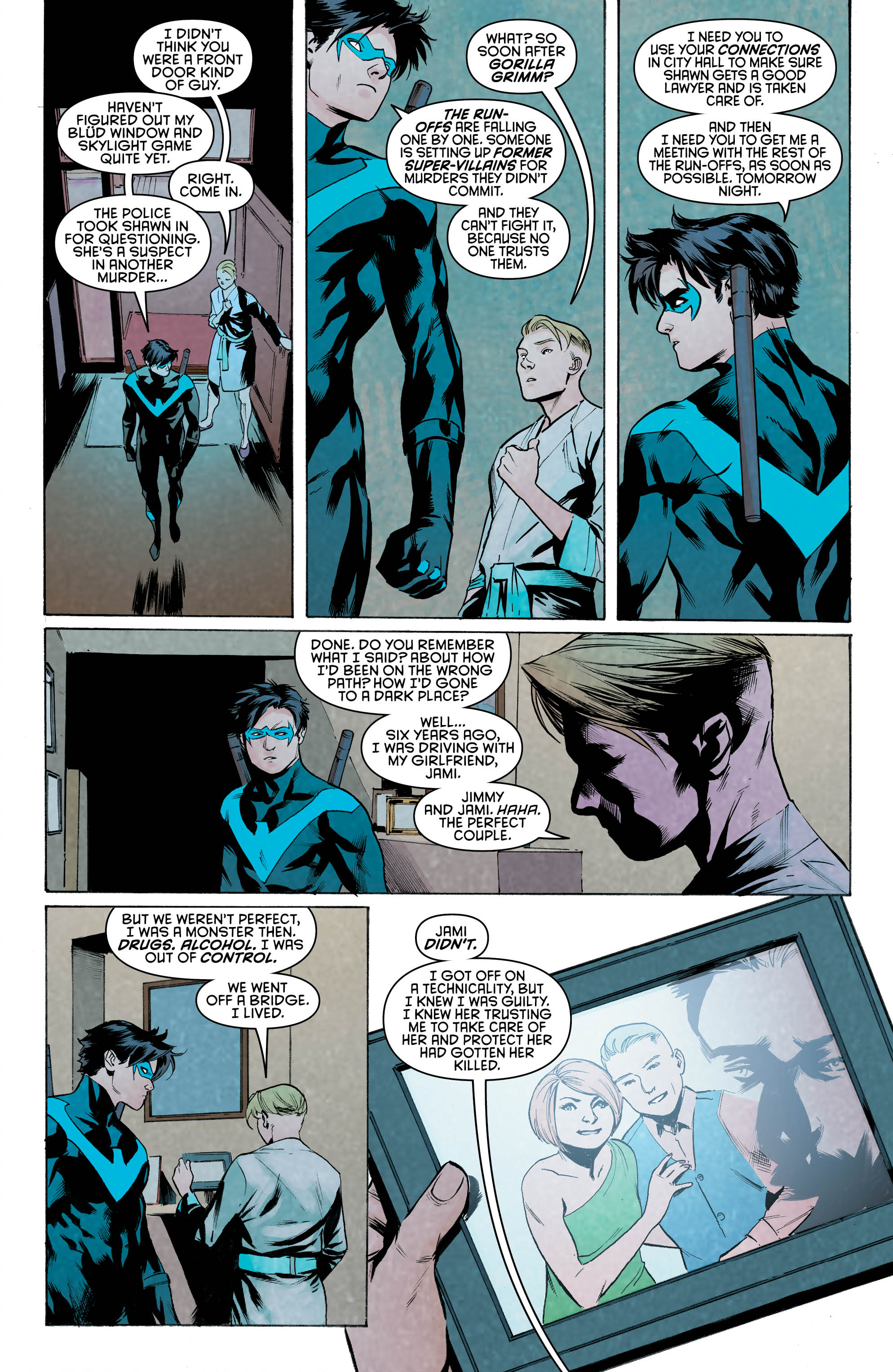 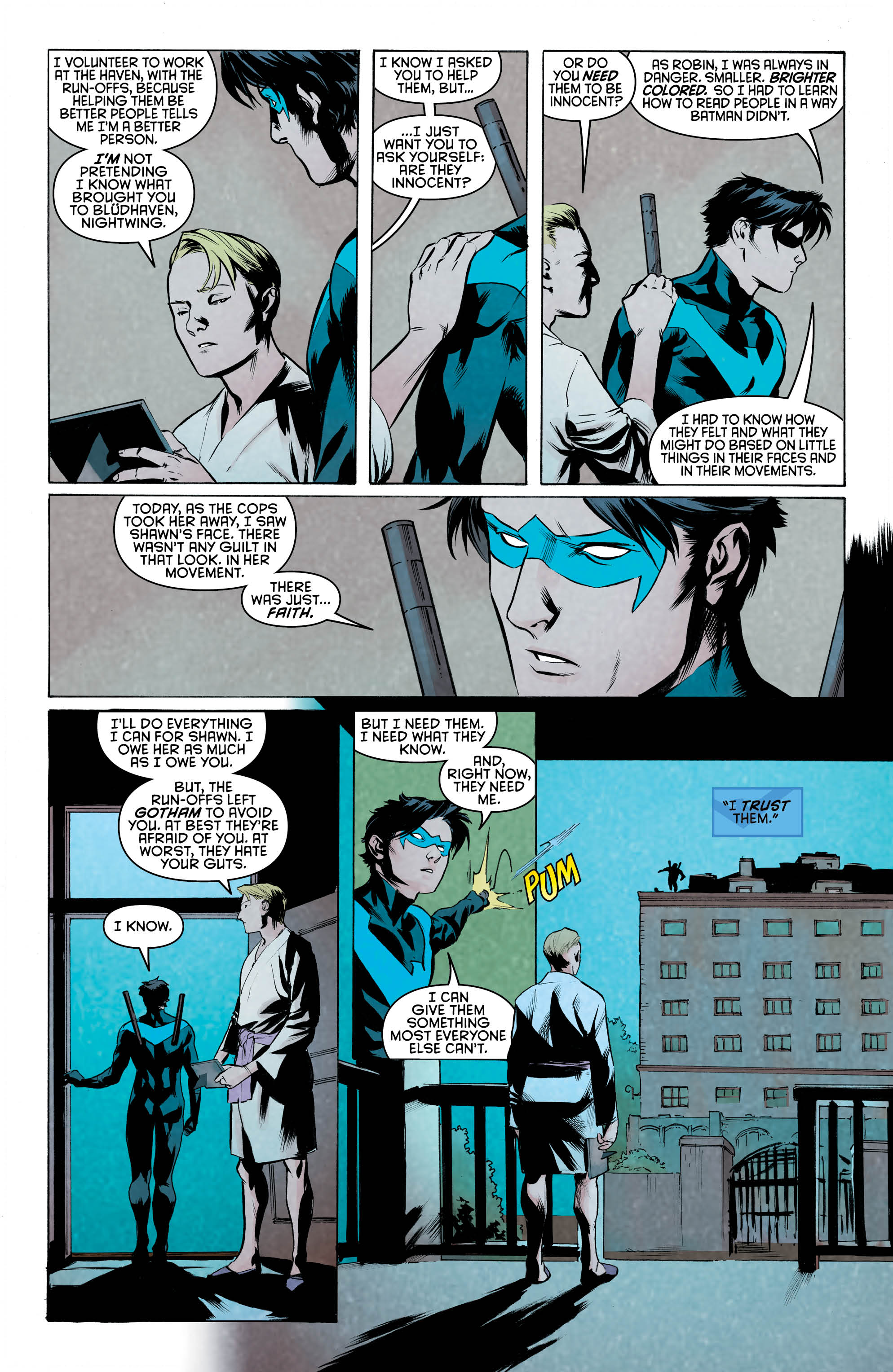 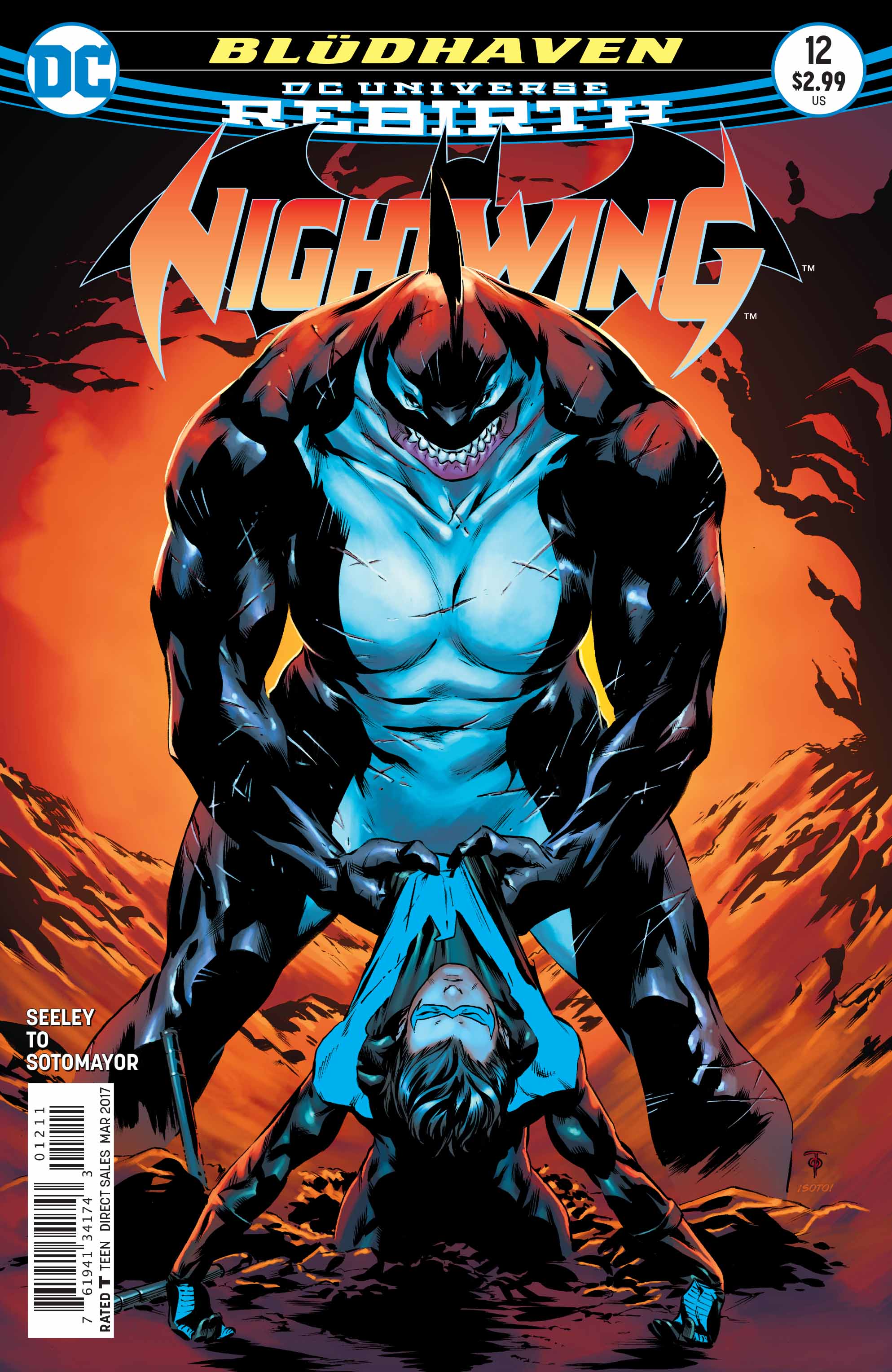 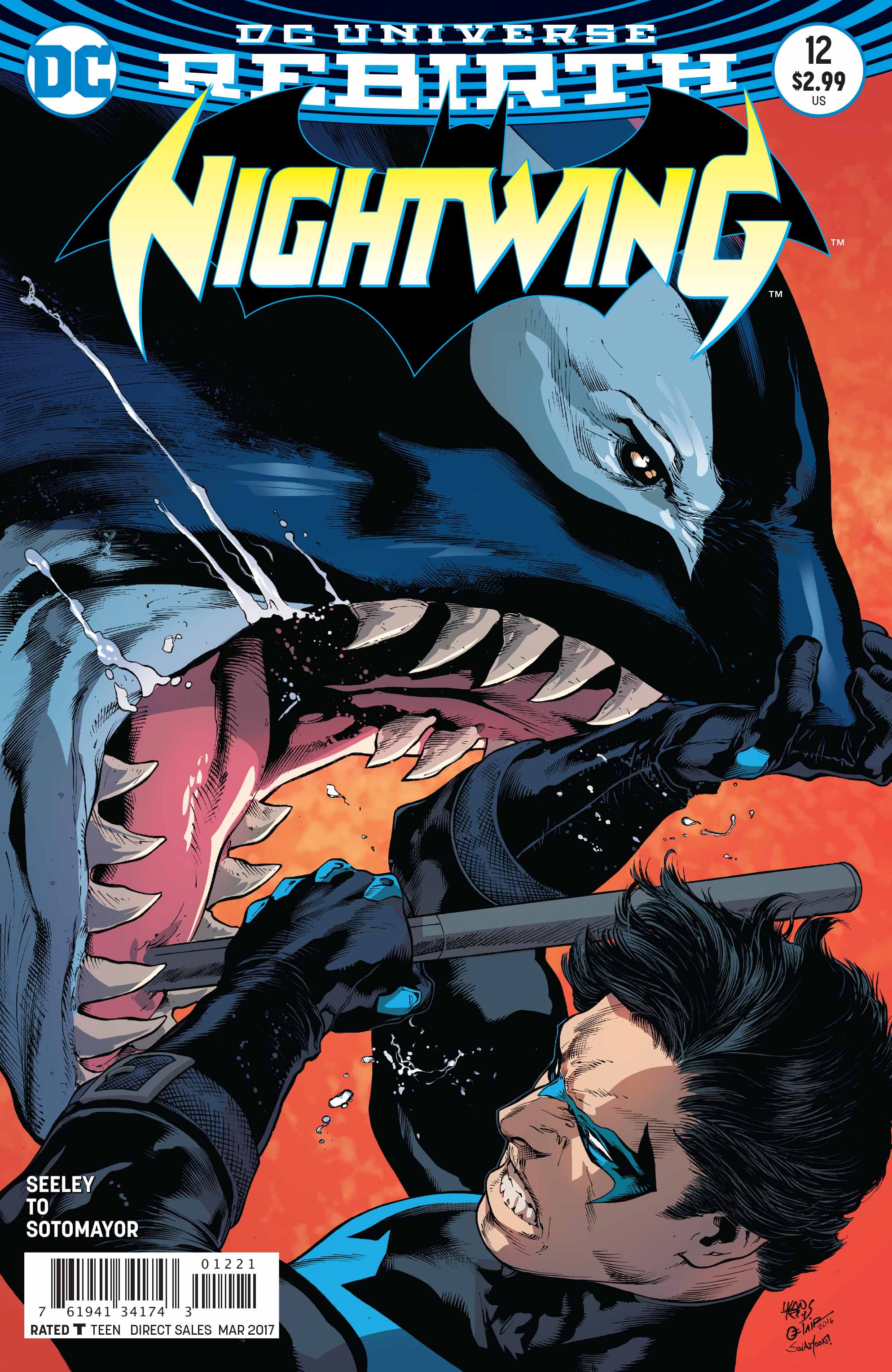 Pacing wise, Seeley has been running a tight ship, however this issue felt too heavy with exposition and backstory. While I’m not complaining about a bit of backstory, it should’ve been taken care of much earlier than this. The previous two issues have been filled with action and detective work, but this one got a bit bogged down in its own narrative. Despite this, I still thoroughly enjoyed the story. I say it every two weeks but I will say it again: this arc really excites me and I am ready for anything Seeley and To throw at me. This pairing has brought to life one of the best Nightwing series we’ve had in a long time (in my opinion anyway) and to say that I will be sad when this arc is over is a gross understatement.