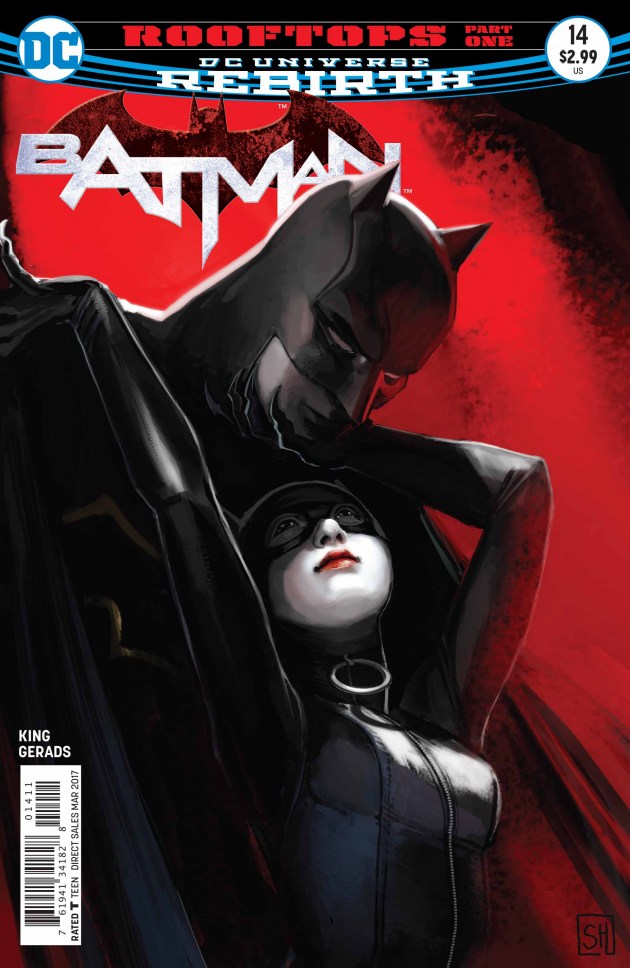 After “I Am Suicide” Tom King dials back the stakes with a two-issue interlude that squarely focuses on Batman and Catwoman’s relationship.

After having Catwoman’s Rebirth status quo be an enigma during “I Am Suicide”, this story arc clarifies a lot of questions. It appears that the Catwoman’s characterization is the traditional “living in the morally grey area” depiction that long-time readers are used to. In fact, readers will be surprised which Catwoman continuity tidbits are rendered as canon again. Returning Selena Kyle to her conventional roots is the highlight of the issue. It feels comfortable, yet King gives his own spin on the Batman-Catwoman dynamic to avoid it feeling retread. Add a montage of different C-list Bat-villains and this comic turns out to be a real treat. 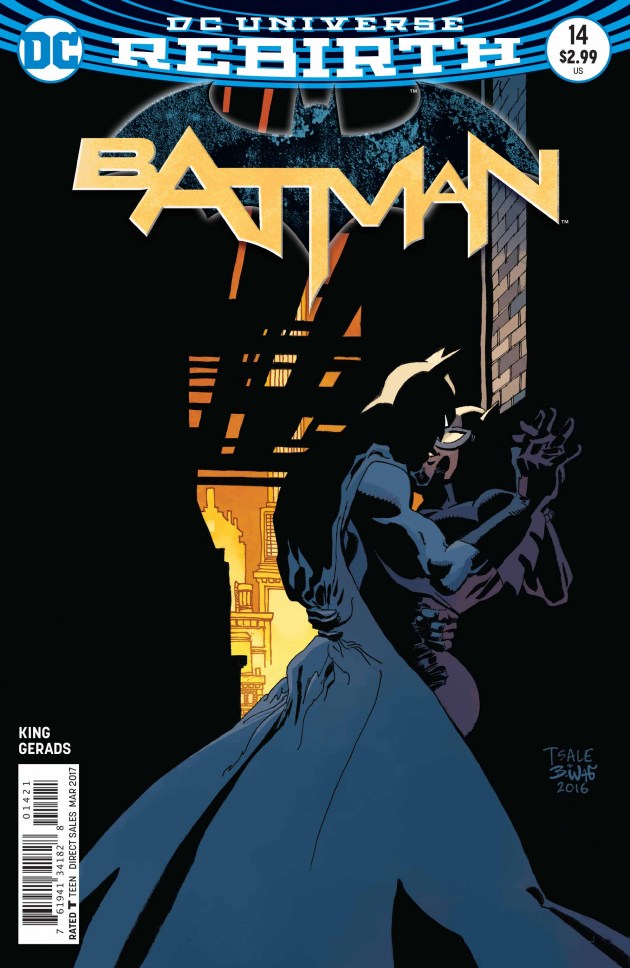 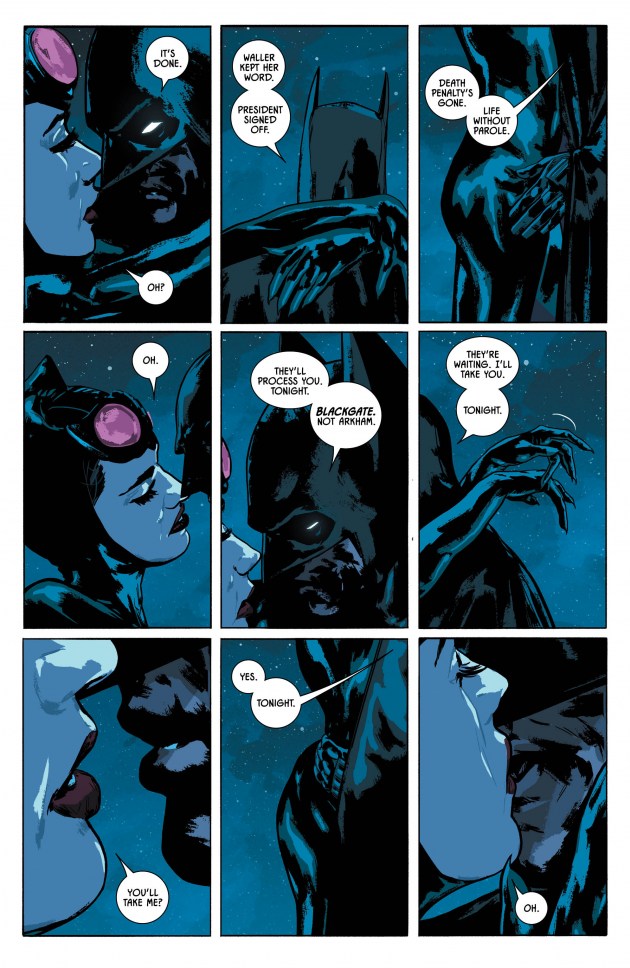 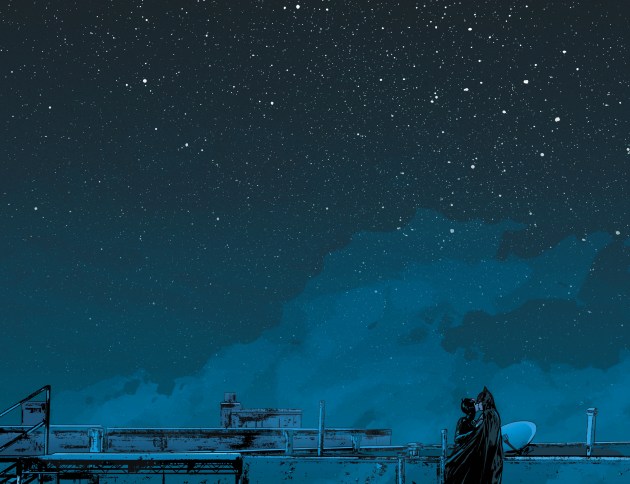 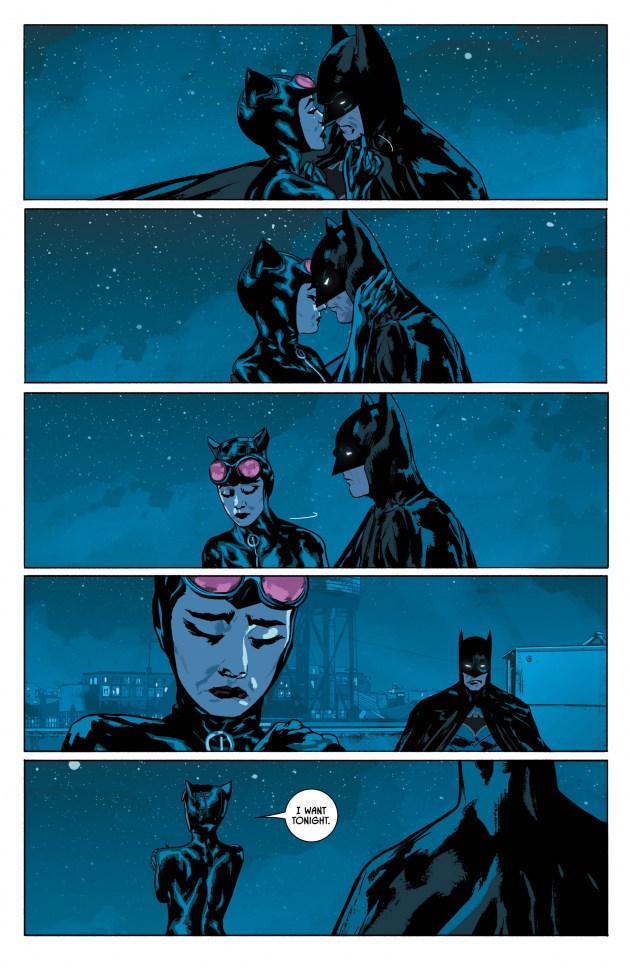 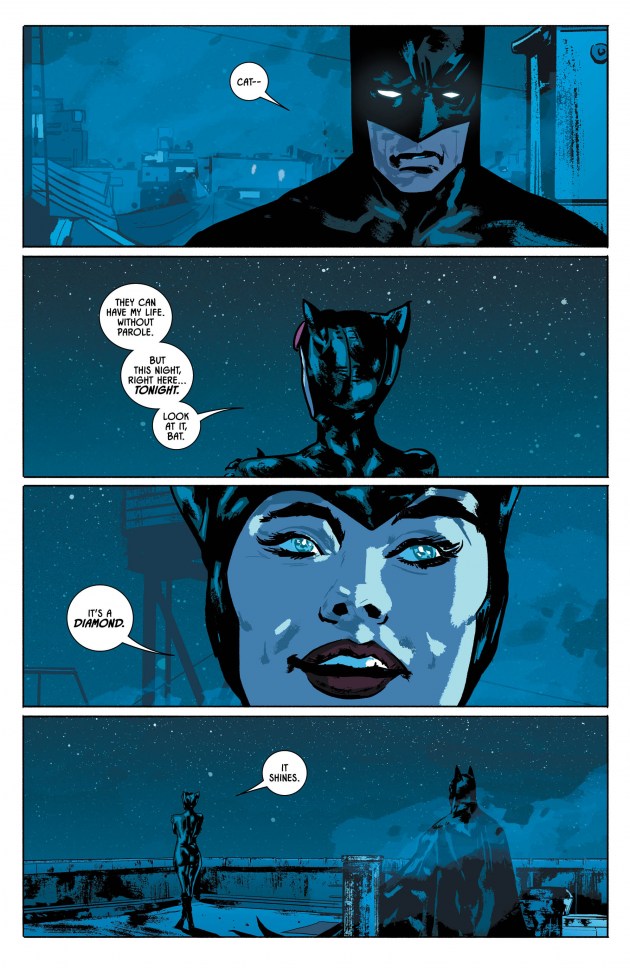 The downer of the comic is that it still does not specifically address Catwoman’s alleged crime of murdering 237 people. King is definitely teasing readers with this plot thread, but I wish that he would speed the reveal up a little sooner.  Fortunately, groundwork is laid for the answers to be definitively explained next issue.

The other problem of the comic is King’s need to pad out the story. “Rooftops” was initially a one-shot that was expanded into two issues. And it shows. There are a few scenes that could have been trimmed and pages that could have been used more economically. Like, did we really need a full two-page splash panel to show Batman and Catwoman kissing? The large majority of that splash panel is just open sky.

Speaking of art, Mitch Gerads-who co-created Sheriff of Babylon with King- handled it this issue. It is moody and lush. It is not as sharp as Mikel Janin’s art in “I Am Suicide”, because it is evoking a different, more impressionistic feel. The heavy use of blacks is very effective, especially in scenes where buildings and Batman practically melt into the night sky.

This issue may have some problems, but is a decent start to a Catwoman-centric storyline. It has a genuinely good surprise and promises to answer dangling plot threads soon, but is also hampered by slow pacing.