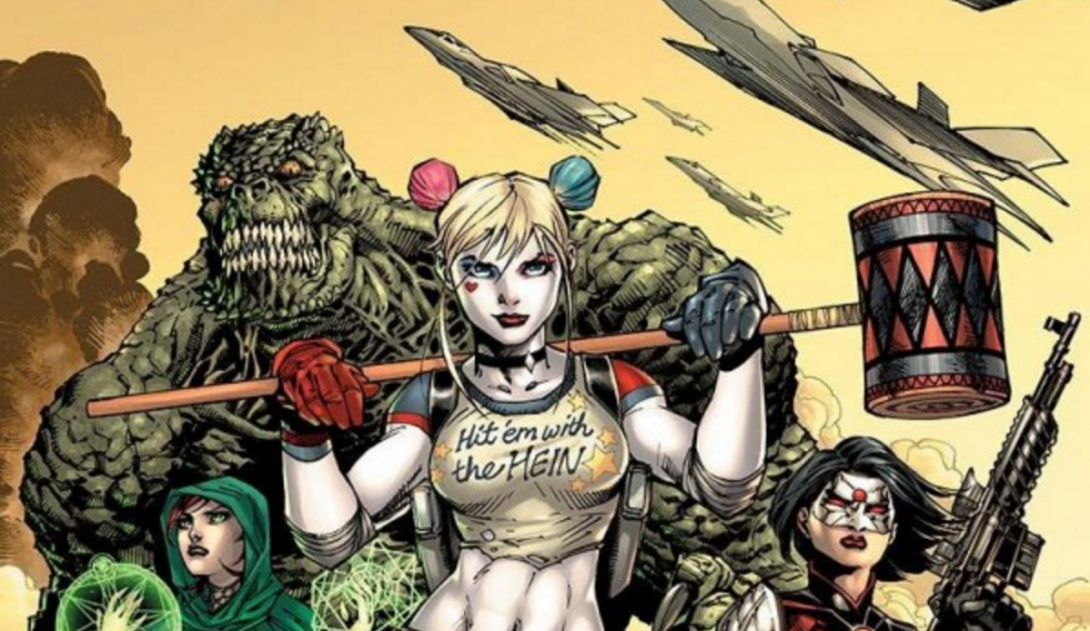 So, the fourth issue of the new Suicide Squad series is something of a mixed bag, I’ll admit. The positives lie mostly in the portrayal of Harley. She takes the spotlight in this issue, which is to be expected, I guess. And it works, too. We’re not particularly learning anything new about Harley’s character, nor are we exploring things that haven’t been explored in the pages of Suicide Squad before—but this is a new run, even somewhat of a new universe, so in this case it bears repeating.

The main focus of the issue is on whether or not the squad can trust Harley, which is somewhat jarring, because obviously they can’t. Still, it’s interesting to explore her loyalties, at least in terms of what the squad means to her. Does she actually care anything about these people? Is she just along for the ride? In keeping with the name, does she even care if she dies here?

The issue handles these ideas well. There’s also a great scene between Zod and the Enchantress, just after her return to human form. I’m sure “Die, graphic designer!” is a phrase that people are going to be repeating for awhile.

Still, the structure of the issue—of every issue so far, really—is choppy. Backup stories are one thing, a longstanding tradition in comics, but these stories take up half the entire issue. It’s more distracting than anything else. It’s tough to really call one the main story over the other. Even tougher to determine which half to devote your focus to.

The structure of Suicide Squad is an interesting experiment, but I’m not sure that it’s working. I’d like a more traditional approach, especially with the ongoing story being so interesting. The expanded backstories are interesting and some of them have been very good, but they’re a distraction more than anything else.