It’s been a trope for some time in Suicide Squad-related stories to kill off a member of the team right out of the gate in order to show that there are actual stakes and that Amanda Waller is not just all talk. The movie did it by killing Slipknot, the Suicide Squad: War Crimes special did it and Arrow even did it. So I expected it to happen in the comics sooner rather than later. 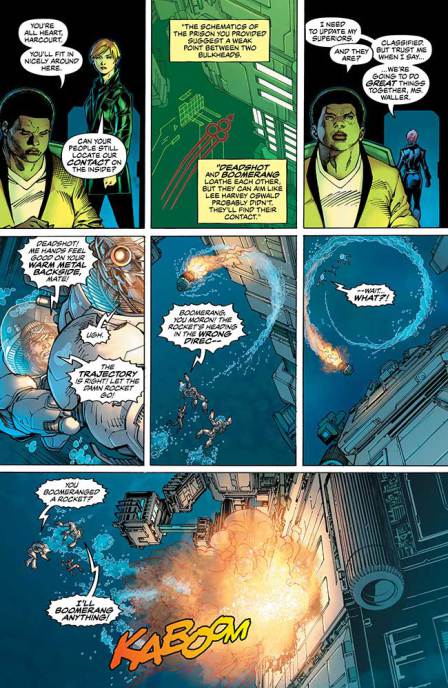 But I didn’t expect it to happen with a character this big. And I never really expected to call him—or really any character besides Harley—a big character. But the issue kills Captain Boomerang, a major player from the movies whose audience is bigger now than it has ever been.

Boomerang has been a major player in most of the recent comics, which makes this move all the more surprising. Sure, his absence won’t really affect the DC Universe as a whole. But that’s the point of the entire Suicide Squad in general. That’s the reason each of them was chosen for the team and now that resonates probably more than it ever has.

In that sense, I can’t argue with it. It’s a decision that clearly worked in exactly the way that it intended to. New fans who loved Captain Boomerang in the movie will obviously be shocked and probably disappointed by the character’s death, but it’s happened. I can’t imagine them going back on it immediately, although I’m sure that Boomerang will be brought back at some point. 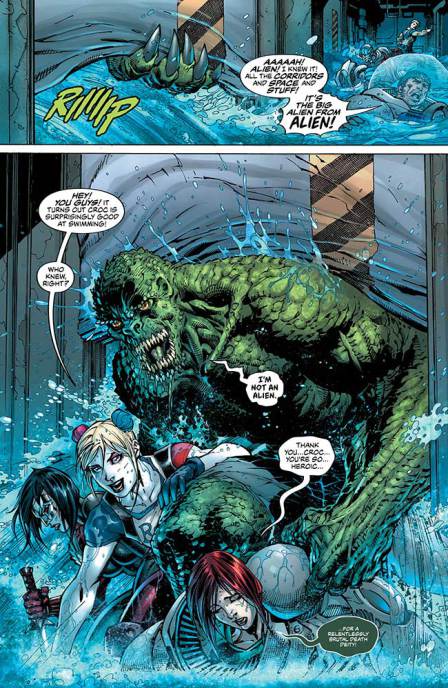 That wasn’t the only major surprise of the issue however. We saw the return of a major, major villain to the DC Universe—General Zod. It’s definitely surprising to see him make a comeback in Suicide Squad, of all titles, so I don’t think anyone was expecting this.

I really only see one issue with Zod taking on the Suicide Squad and it mostly boils down to one of the main criticisms of the movie. They were tasked with taking down a threat like Superman, when realistically, none of them could have done much against Superman in a fight. Considering Zod has all of Superman’s strengths but is even more dangerous due to his lack of moral compass, this is something of an uneven matchup. Zod as a member of the squad, on the other hand, seems so ridiculous it could actually work.

On the whole, though, this is an intense, must-read issue for fans of the series. It takes some hugely unexpected turns, but I think it pulls them off. While the first issue was interesting, the second definitely hits its stride, cementing this as a series where virtually anything can happen at any time.

From here on out, expect the unexpected.