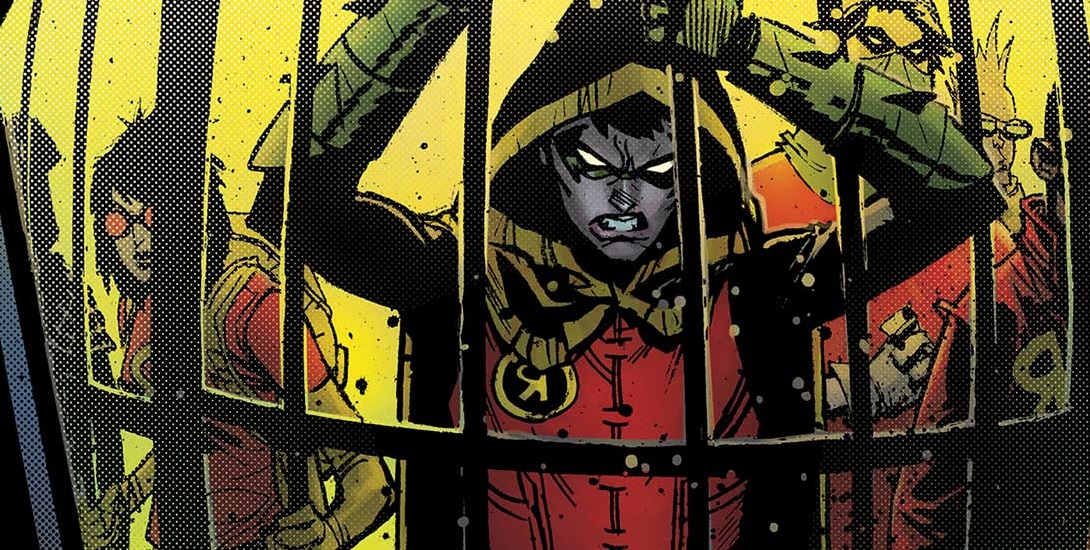 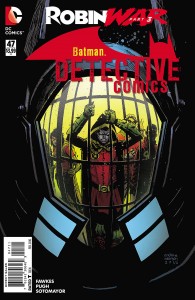 Part 3 of “Robin War” joins legitimate and amateur Robins alike as they find themselves in a high tech lockup. Batman (Jim Gordon) and Harvey Bullock can’t help but agree the Super Max treatment for youth isn’t right. Yes, you do get a healthy does of Bullock, so don’t worry about the crossover event infringing on much of what you would expect from Detective Comics as of late.

Much of the issue actually focuses on Gordon and Dick Grayson, who initially get into a bit of a tussle before cooler heads prevail and they start to put the pieces together. They know something is wrong with how the city is treating Robins, but they can’t quite put their finger on it.

I’m glad that Ray Fawkes did a pretty decent job of writing for the various Robins, something that is crucial to this crossover event. His artistic partner, Steve Pugh, turned in some work that serves as a good complement to what Greg Capullo is doing in the pages of Batman. Readers of that title should feel at home here.

Much like Grayson #15, you don’t need to be up to speed on recent happenings in Detective Comics, only needing to have followed previous chapters of “Robin War.” The next proper chapter of the event can be found in next week’s issue of We Are Robin. Considering that the Court of Owls has made their presence known, you can count me in.