Shaggy is possessed by the ghost of Deadman, and the Phantom Stranger enlists the help of Scooby and company in order to unlock the mystery behind the disappearances of several…ghosts.  Scooby-Doo Team Up #13 is available today, Wednesday, 4 November 2015.

There’s nothing unusual about ghosts disappearing—but if other ghosts don’t know what happened to them, there’s a mystery afoot! When the Phantom Stranger recruits Scooby and the gang to follow a trail of clues, things get even stranger—like seeing an unexpectedly brave Shaggy leaping acrobatically into the fray (mainly because he’s possessed by the hero known as Deadman)! 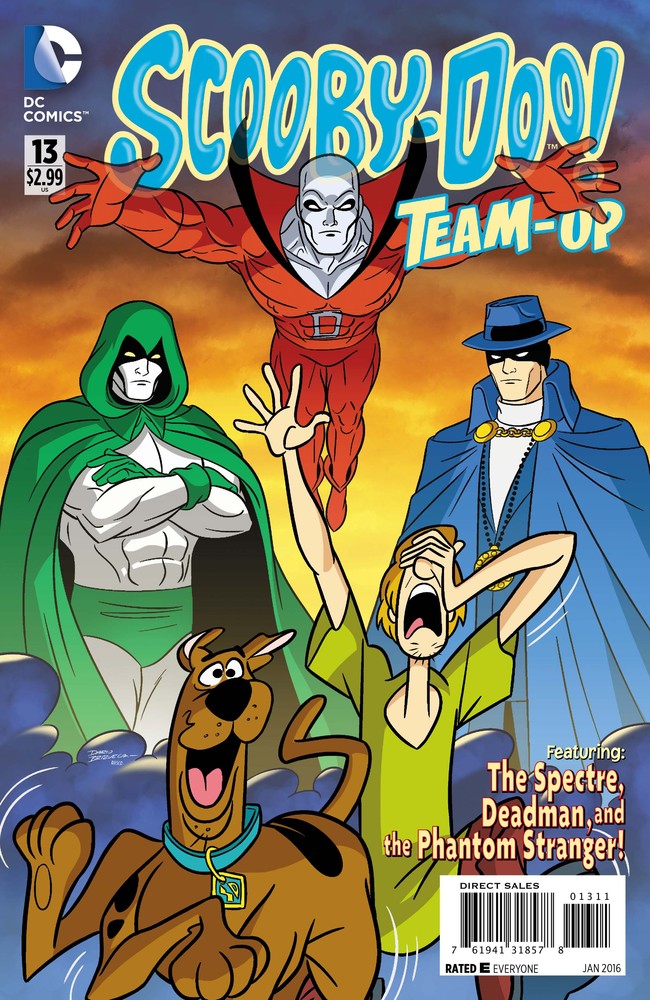 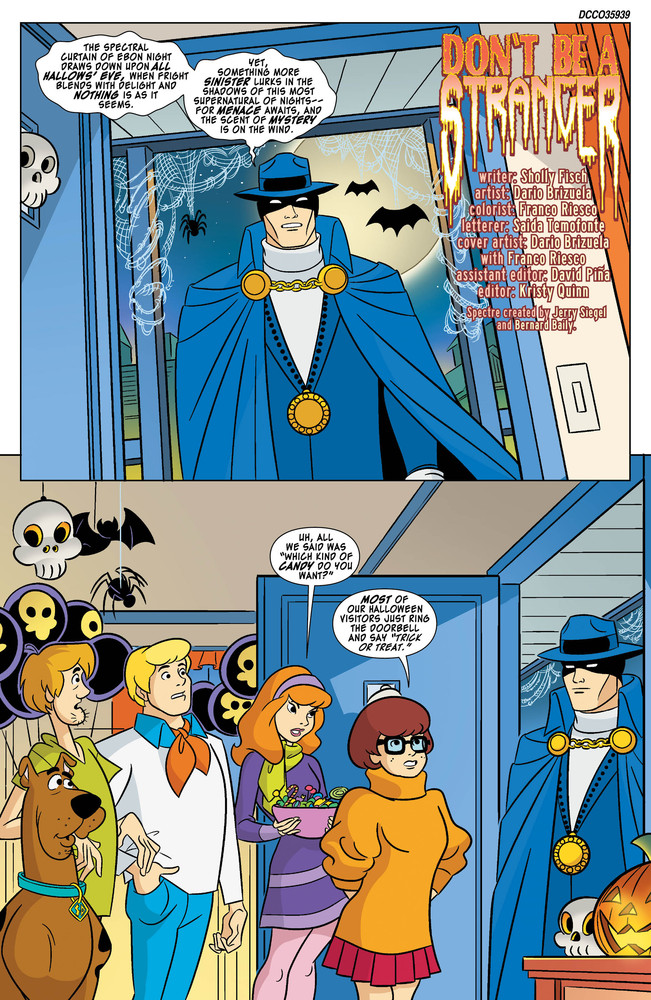 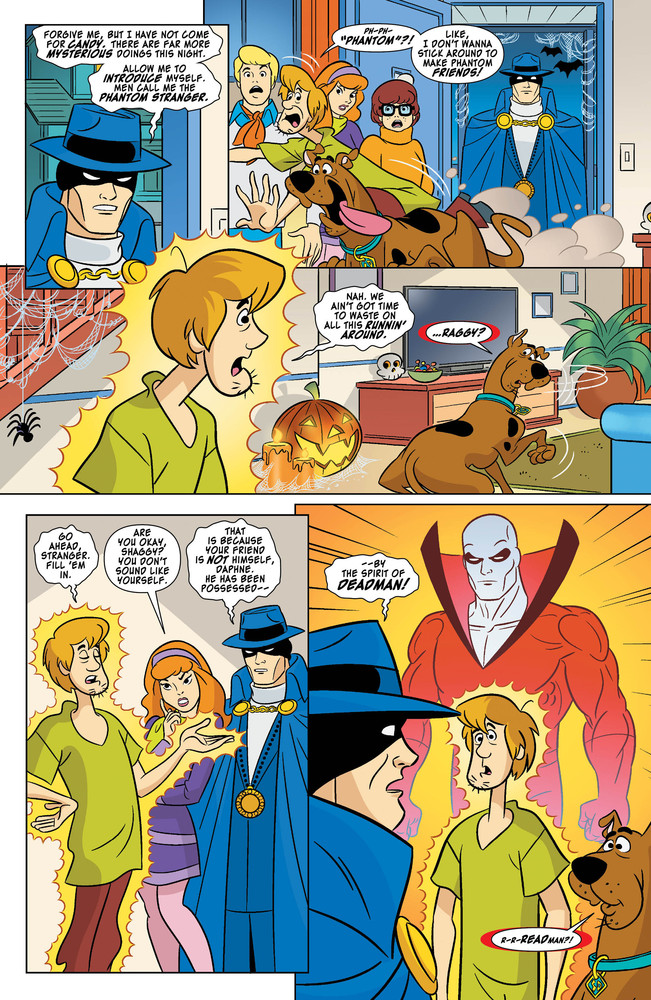 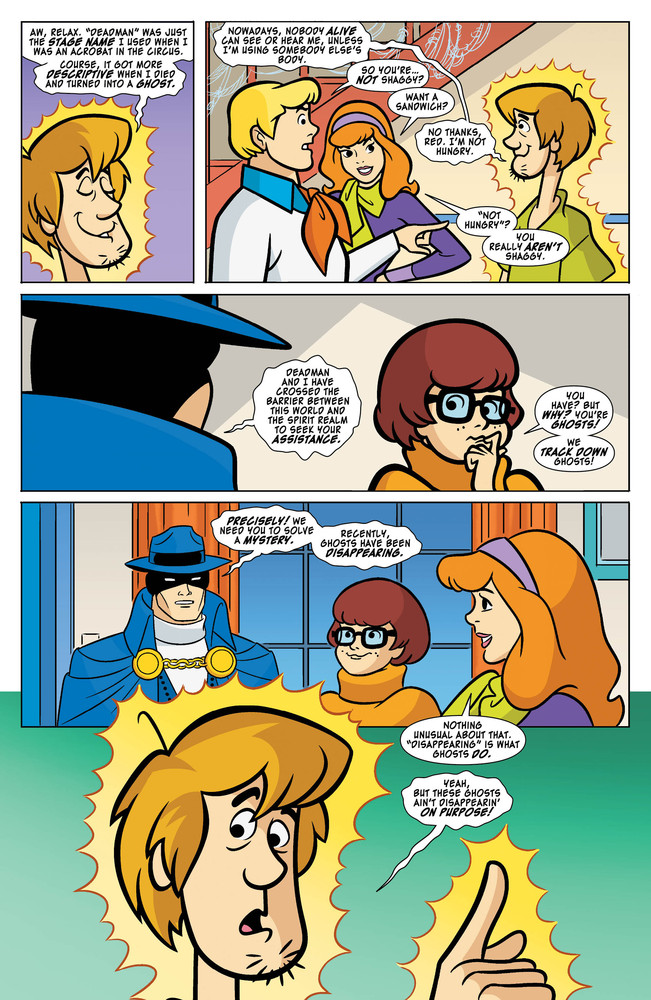 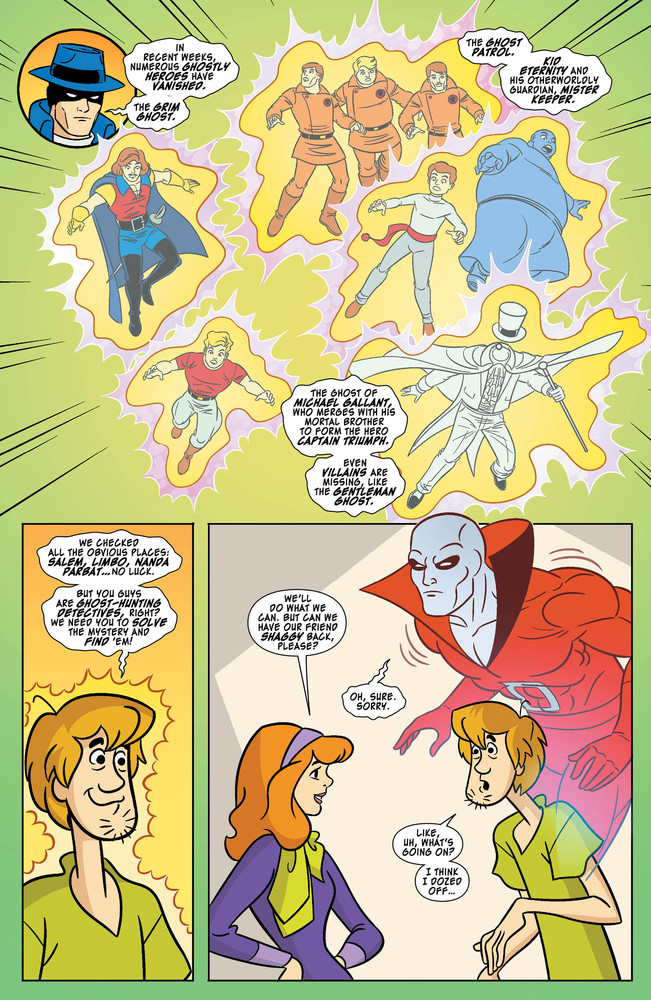 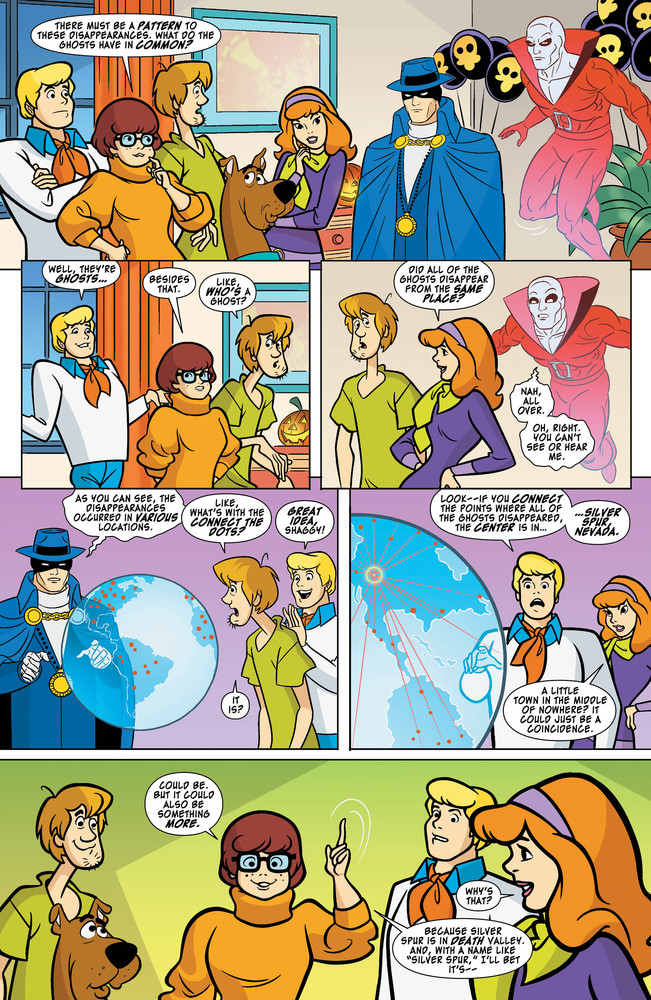 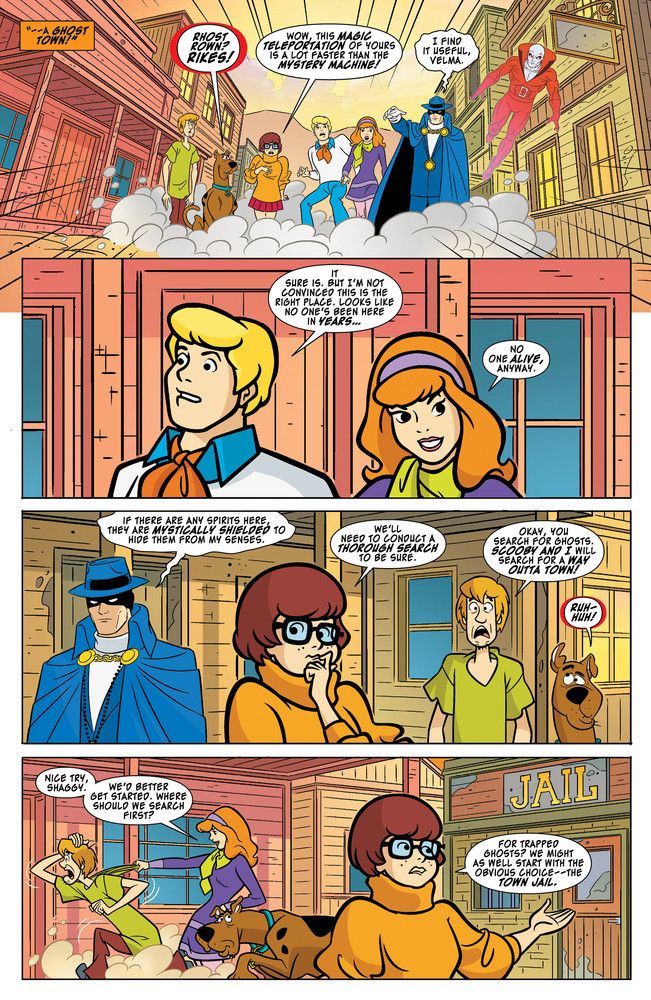 In the second issue of this startling new series, the club disperses to pursue new revelations, secrets and sinister effects of a deadly video game. Chenzira and Teo confront GeeForce in the hospital; Simon and Alice initiate a potentially fatal attraction, and Harvey flashes back to the genesis of his macabre Mr. Empty. 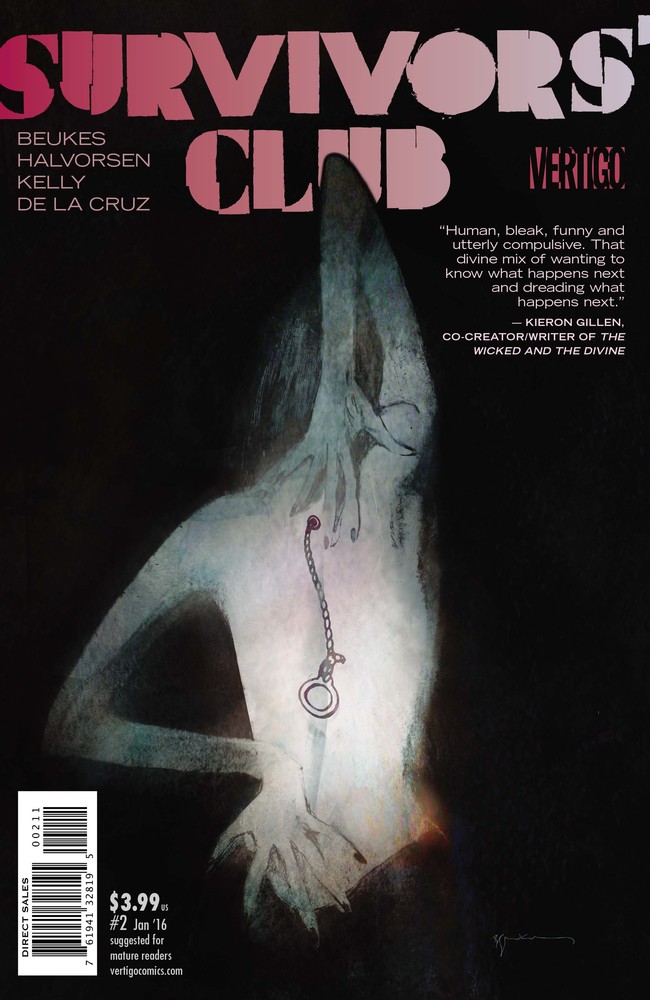 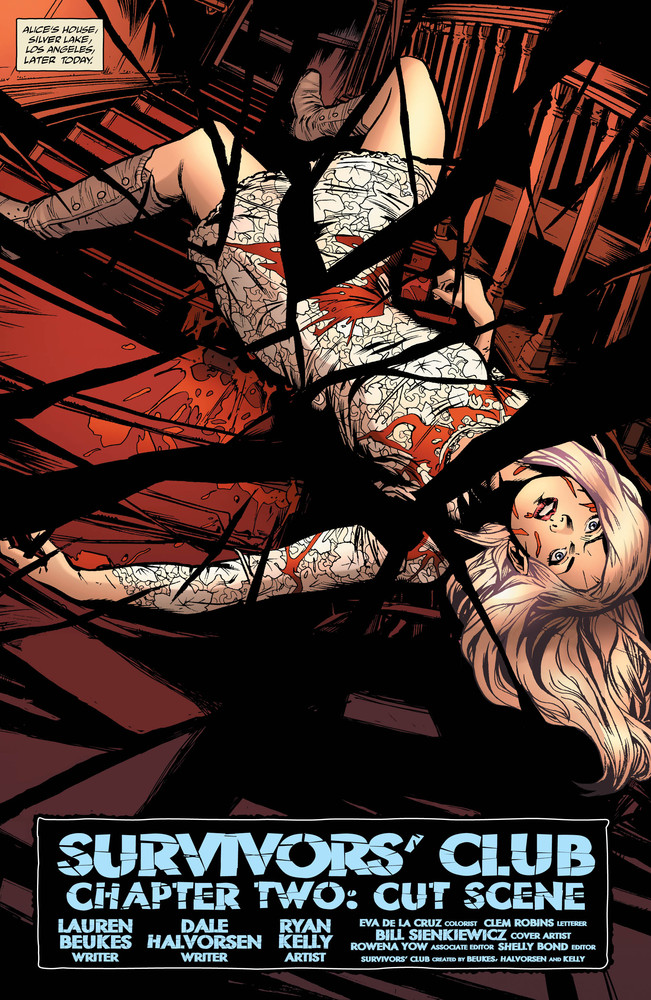 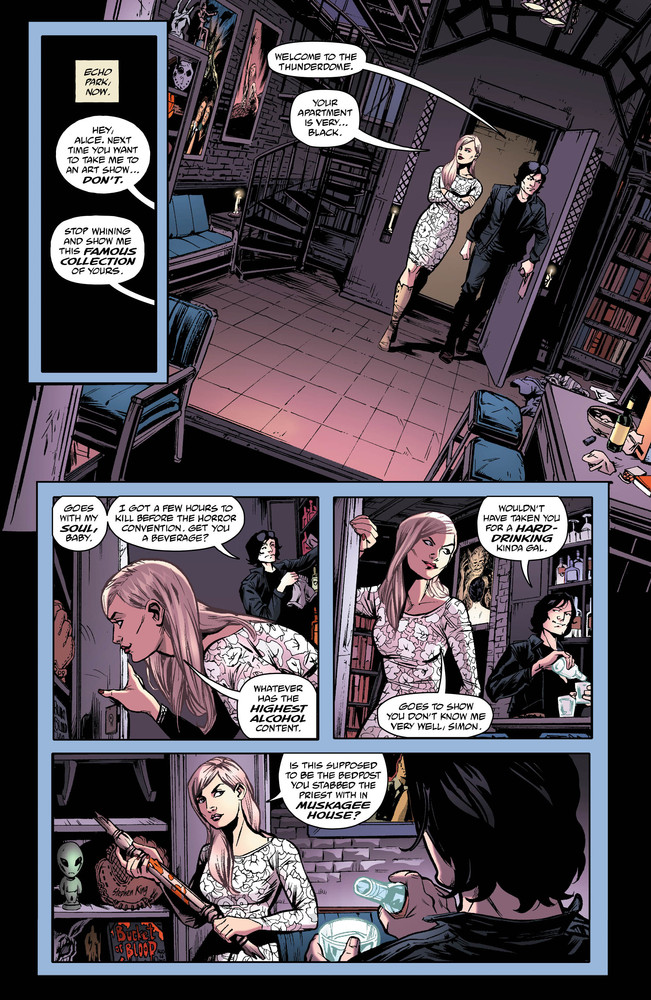 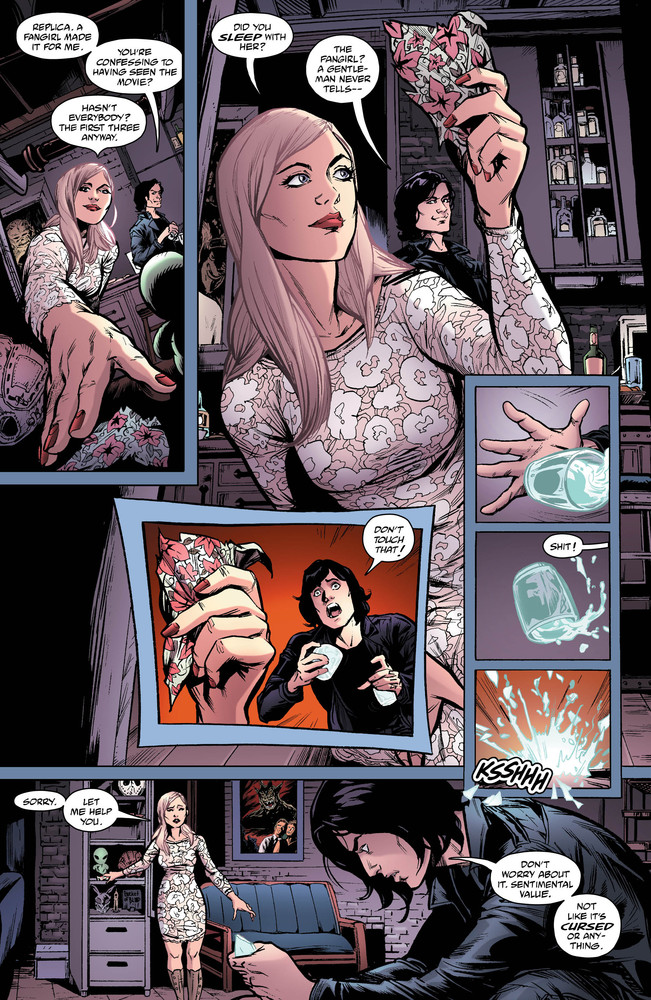 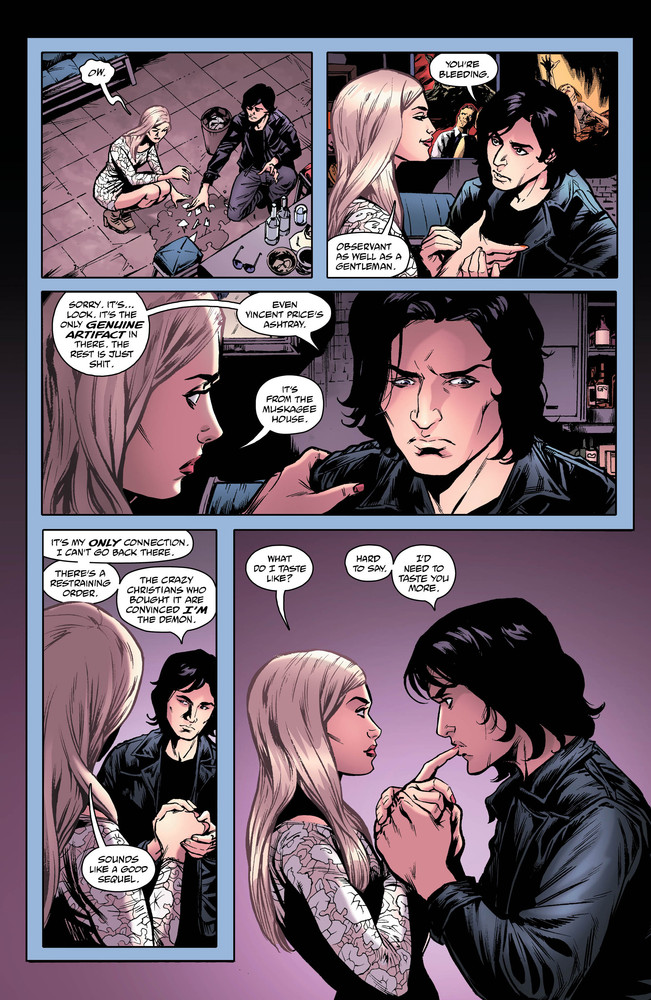 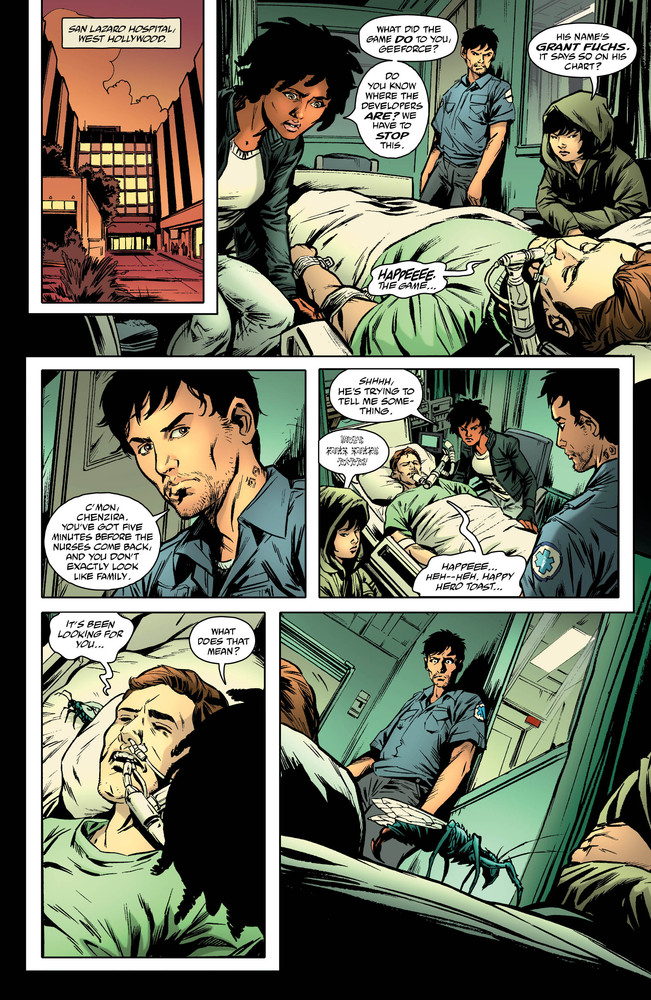