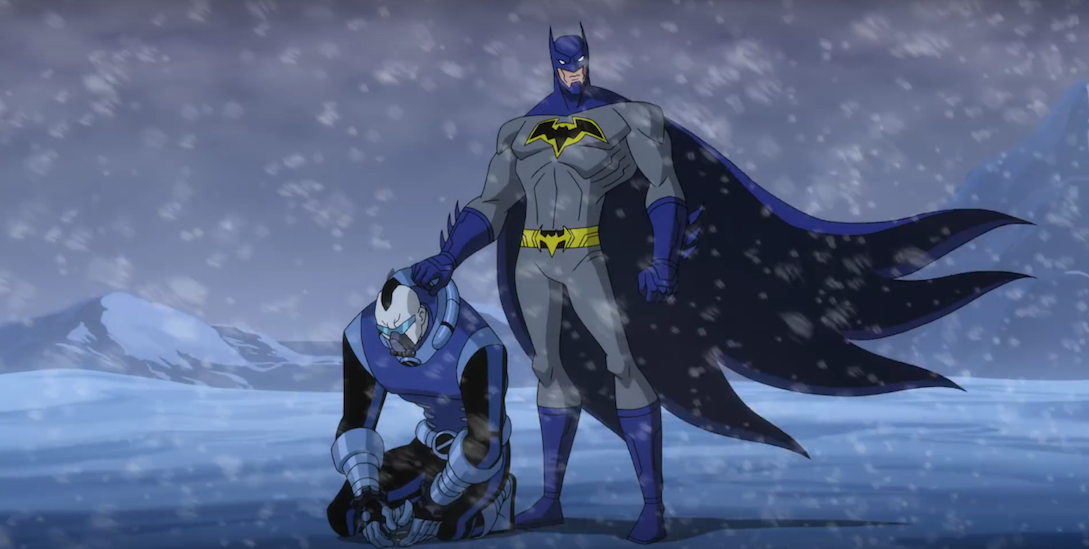 Since the completion or end of Batman: the Animated Series in the early 1990s, DC and WB seem to have struggled to find an appropriate follow-up series to what many refer to as Bruce Timm’s and Paul Dini’s masterful Batman cartoon. Shows like The New Batman Adventures, Justice League, Batman Beyond, Justice League Unlimited, and even Beware the Batman seem to have striven to follow the precedents carved in stone by what many refer to as the legendary Batman: the Animated Series.

Batman Unlimited‘s smooth transition from action-figure line to animated films/shorts, rather than to a series that would typically air on television, seems to reflect DC’s choice to focus on a more On Demand or digital inclination regarding an animated Batman series, and this decision seems reasonably appropriate, since contemporary media forms have a great tendency to be more digital and accessible in nature; however, to digress, this is not to imply that all forms of hard copies across all media should one day become obsolete and eradicated — after all, many of us still love and use DVDs, CDs, hardcover comic compilations, and the like.

Regardless, if you are interested in experiencing some modern Batman animation media, which is most likely geared towards younger generations — we need to rope them in early — then check out one of the Batman Unlimited short animated online features found on the DC Kids YouTube channel.  Episodes feature villains that include the likes of Solomon Grundy, Killer Croc, Man-Bat, Mr. Freeze, and more.

However, will Batman Unlimited fill the void left in so many of us when we were stricken with the knowledge that the original Batman: the Animated Series had concluded?  Maybe, or maybe not.  Regardless, those of us willing and able to partake in video game media will most likely agree that the Arkham game series (Origins, Asylum, City, and Knight) served as a most appropriate and suitable continuation of and conclusion to our beloved Batman: the Animated Series.

Nevertheless, below, you can view the particular episode, “Iced Out,” from the aforementioned Batman Unlimited web series.