So I’ve finally taken the leap into social media! And here’s a little treat for you all in the form of a sneak peak of the Batman v Superman cover shot from Total Film magazine, before the issue comes out on Friday. 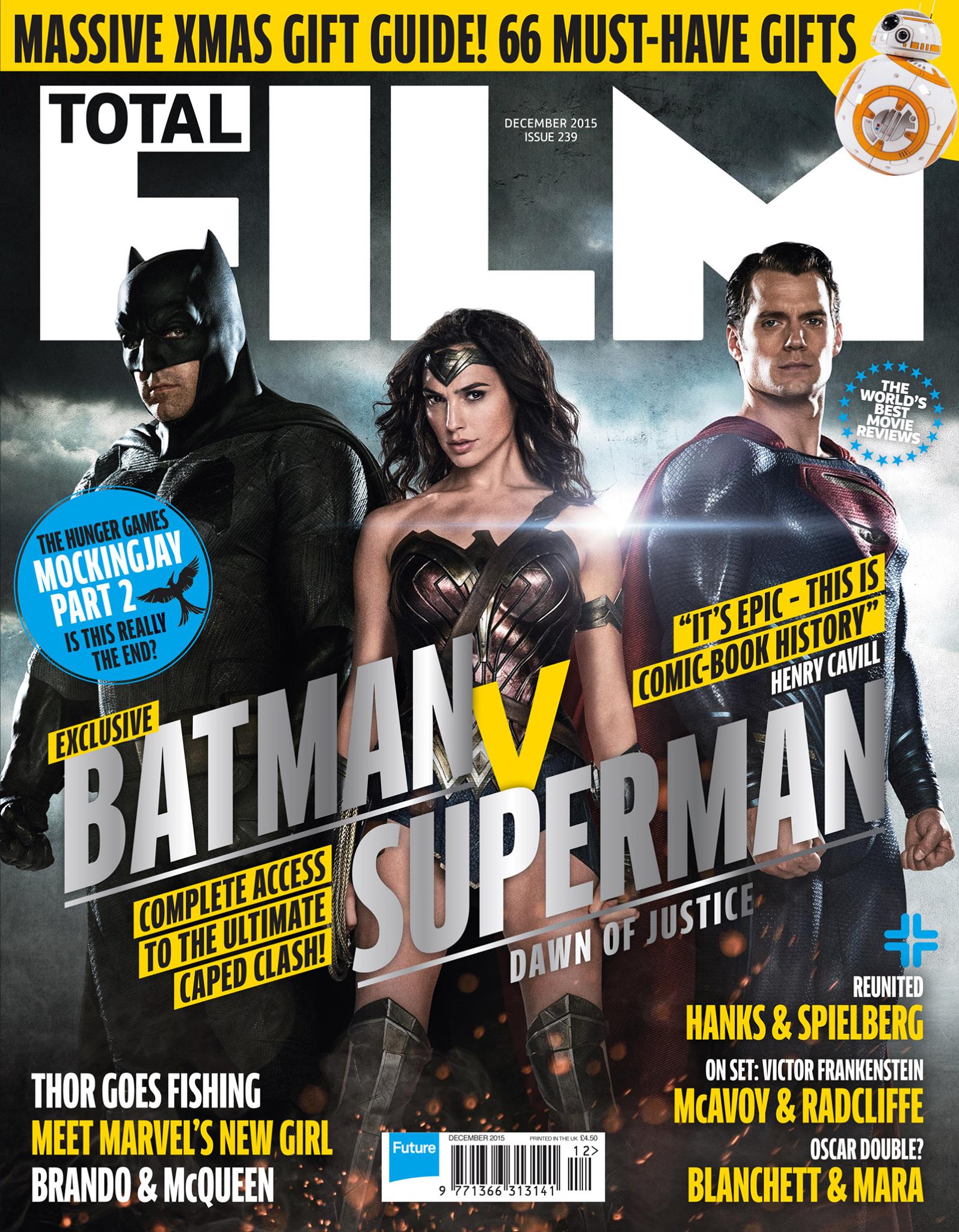 Indeed, the issue’s cover shot is quite high in resolution and definition, and presents Batman, Wonder Woman, and Superman in a physically proportionate style, while the eyes of the three characters capably lock-on to the eyes of us, the viewers.  It is quite a cover, indeed, but perhaps some of us wanted to see something that felt more new or more fresh.  Regardless, the film is approximately five months away from swooping down into theaters, and many of us absolutely cannot wait for its arrival.  Thus, some of us might peruse this particular Total Film issue, which boasts to provide “complete access to the ultimate caped clash,” whereas others may merely opt to enjoy the HD cover shot file above, while waiting patiently for March 2016.