DC Collectibles solicits for March through May of 2016 are now available, and include a BvS: Dawn of Justice Wonder Woman statue, a Supergirl statue modeled from the CBS Supergirl show, a Flash/Captain Cold Freeze Gun replica, an iconic Joker figure, and much more.  Take a gander at the images, prices, and release dates for the solicits.

BATMAN v SUPERMAN: DAWN OF JUSTICE WONDER WOMAN STATUE
SCULPTED BY JAMES MARSANO
Measures Approximately 13″ Tall
$150.00 US • On Sale March 2016 * Allocations May Occur
Fearing the actions of a god-like Superhero left unchecked, Gotham City’s own formidable, forceful vigilante takes on Metropolis’s most revered, modern-day savior, while the world wrestles with what sort of hero it really needs. And with Batman and Superman at war with one another, a new threat quickly arises, putting mankind in greater danger than it’s ever known before. 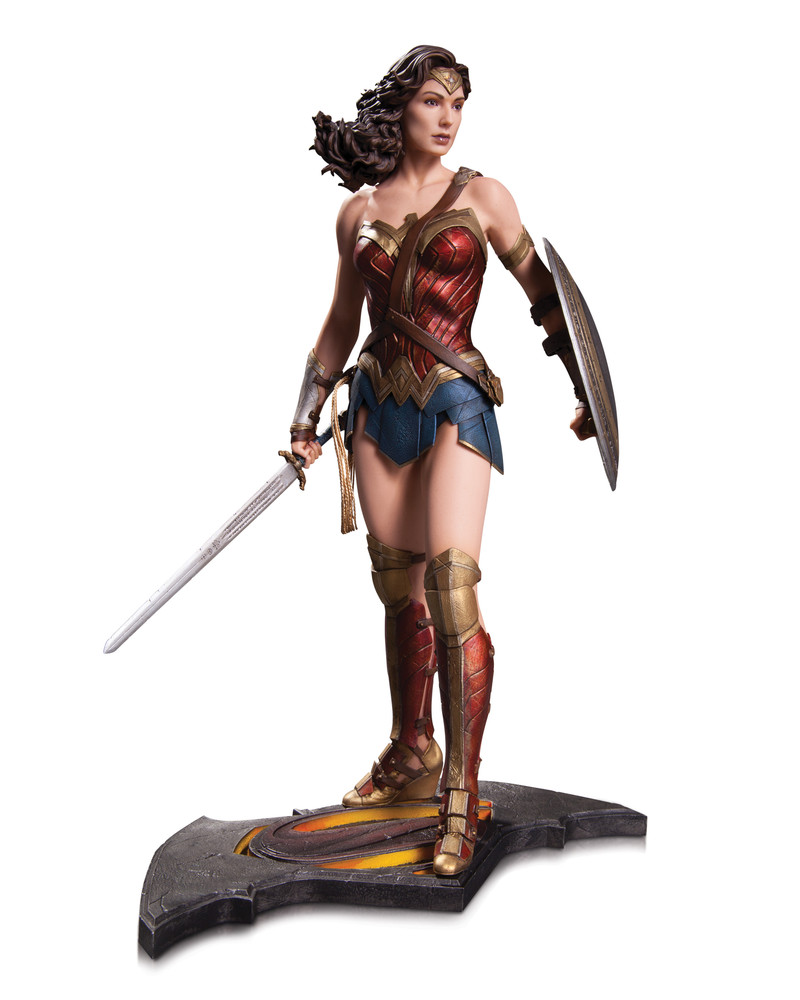 DC COMICS ICONS THE JOKER, FIRESTORM, GREEN LANTERN JOHN STEWART ACTION FIGURES
Three more of DC’s most recognizable characters join the Icons line of action figures from DC Collectibles! The Joker, Firestorm and Green Lantern John Stewart are pulled from the DC Universe’s most memorable events and stories! Each figure comes with multiple accessories!
$28.00 US Each • On Sale May 2016 • Allocations May Occur 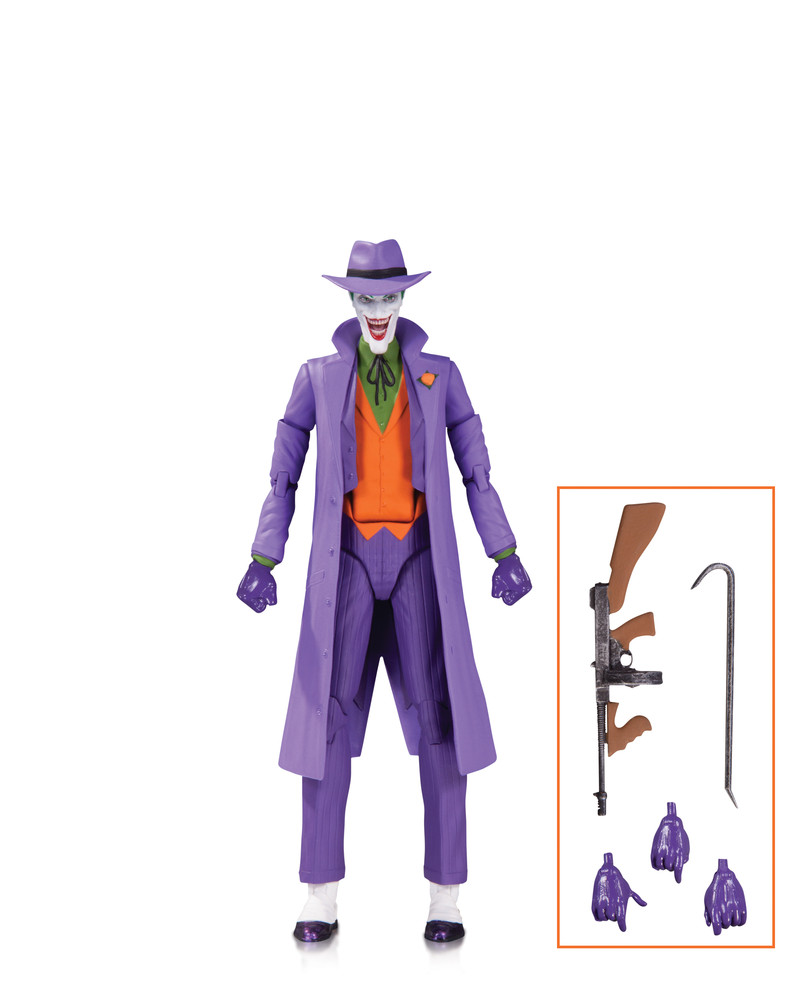 DC COMICS ICONS THE JOKER DEATH IN THE FAMILY 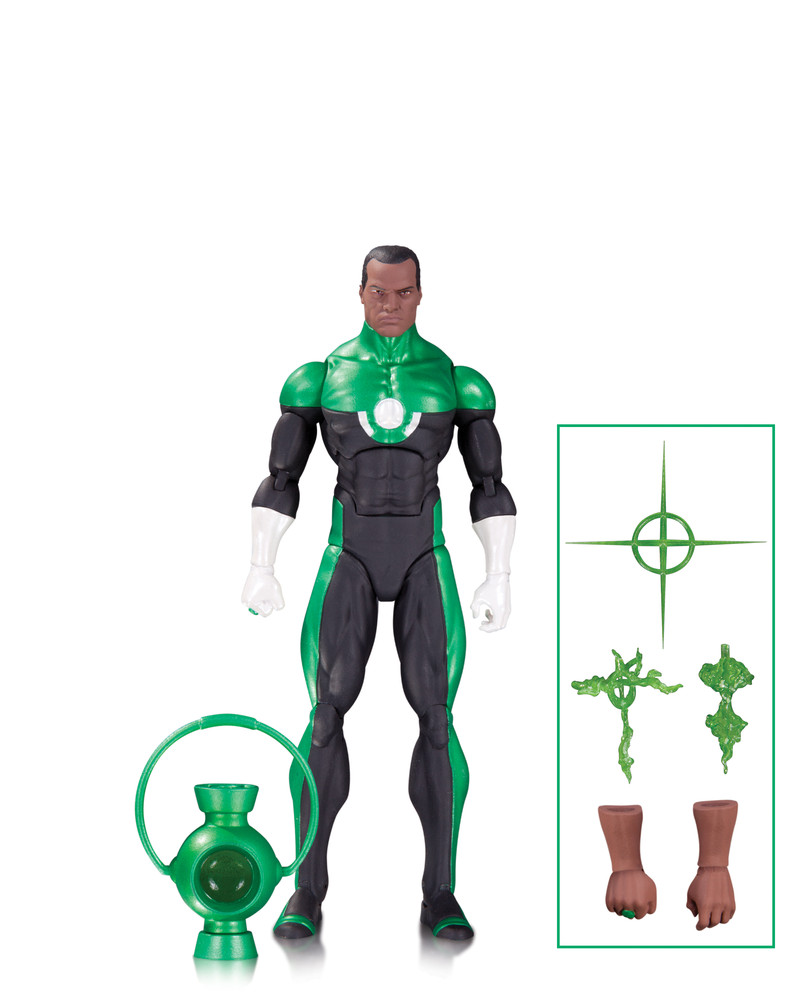 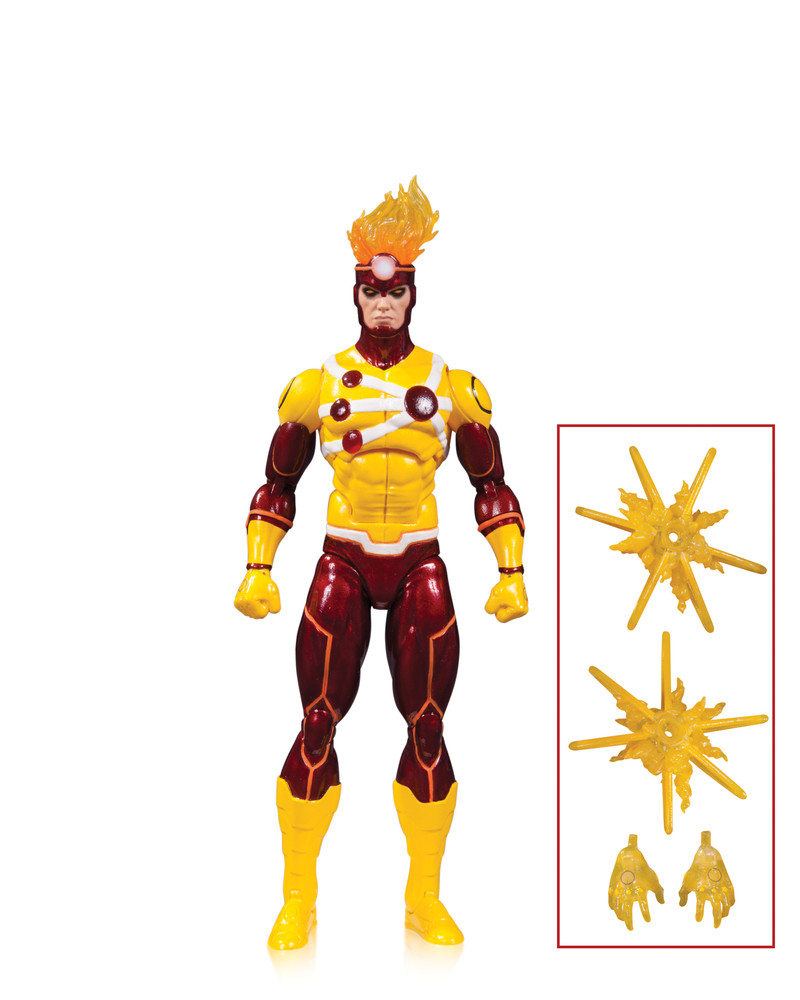 SUPERGIRL (TV) SUPERGIRL STATUE
SCULPTED BY ADAM ROSS
In the new CBS series from Warner Bros. Television, Supergirl, born Kara Zor-El on the doomed planet Krypton, arrived on Earth many years after being lost in the Phantom Zone. Raised by her adopted family, the Danvers, Kara grew up in the shadow of her foster sister, Alex, and learned to hide the phenomenal powers she shares with her famous cousin, Superman. Years later, living in National City and working as an assistant at Catco Worldwide Media, Kara decides to embrace her superhuman abilities and become the hero she was always destined to be. With the help of Daily Planet photographer James Olsen, her bioengineer sister Alex, and the research of the super-secret, off-the-grid Department of Extra-Normal Operations (DEO), Kara takes to the skies to protect her world.
Measures Approximately 12.5″ Tall
$130.00 US • On Sale March 2016 * Allocations May Occur 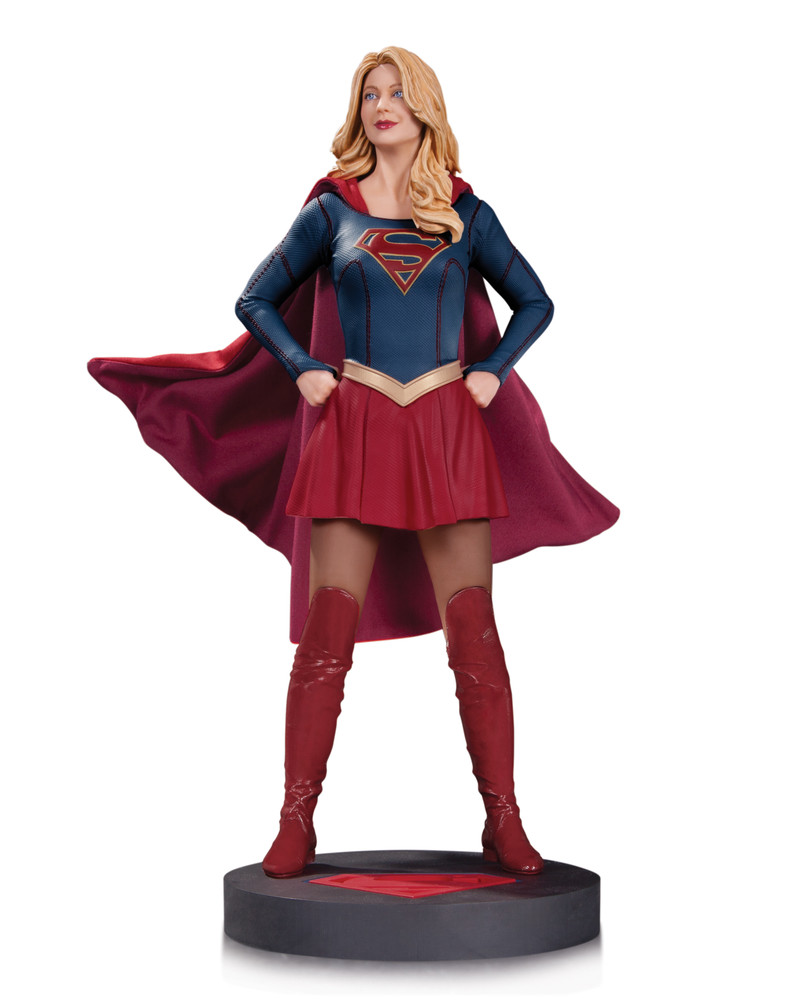 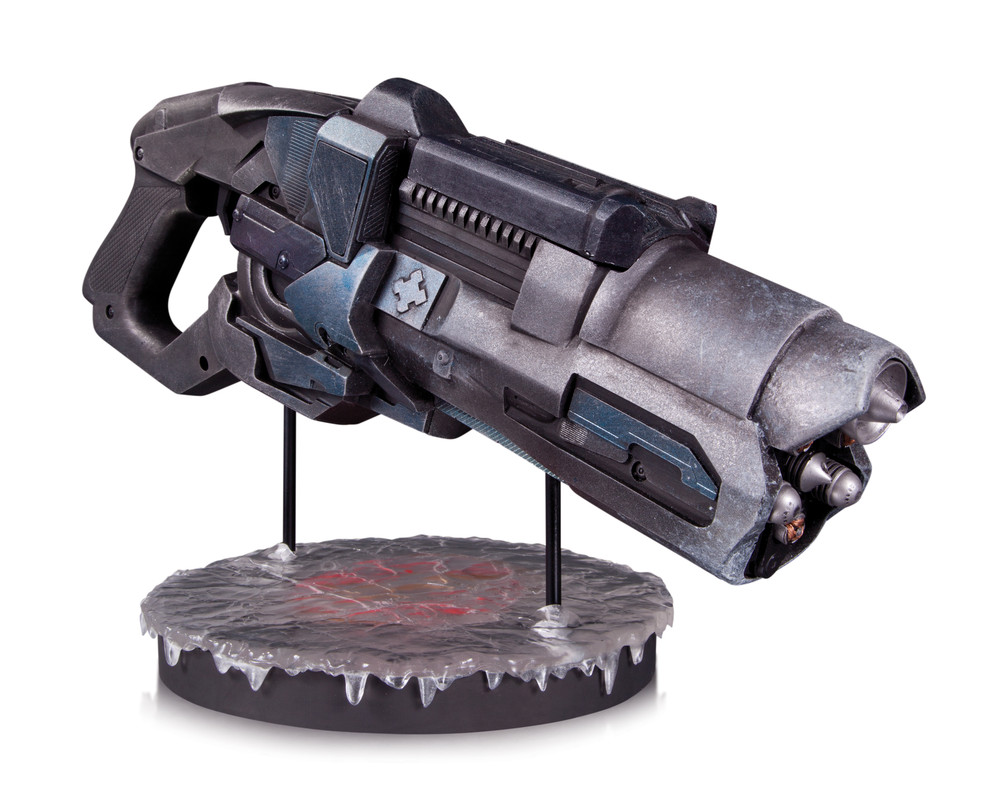 THE FLASH (TV) REVERSE-FLASH STATUE
SCULPTED BY STEVE KIWUS
The deadly Reverse-Flash — a.k.a. Professor Harrison Wells, a.k.a. Eobard Thawne — slows down just long enough to be captured in this new statue based on his appearance in the hit television series!
Measures Approximately12.5″ Tall
$130.00 US • On Sale May 2016 • Allocations May Occur 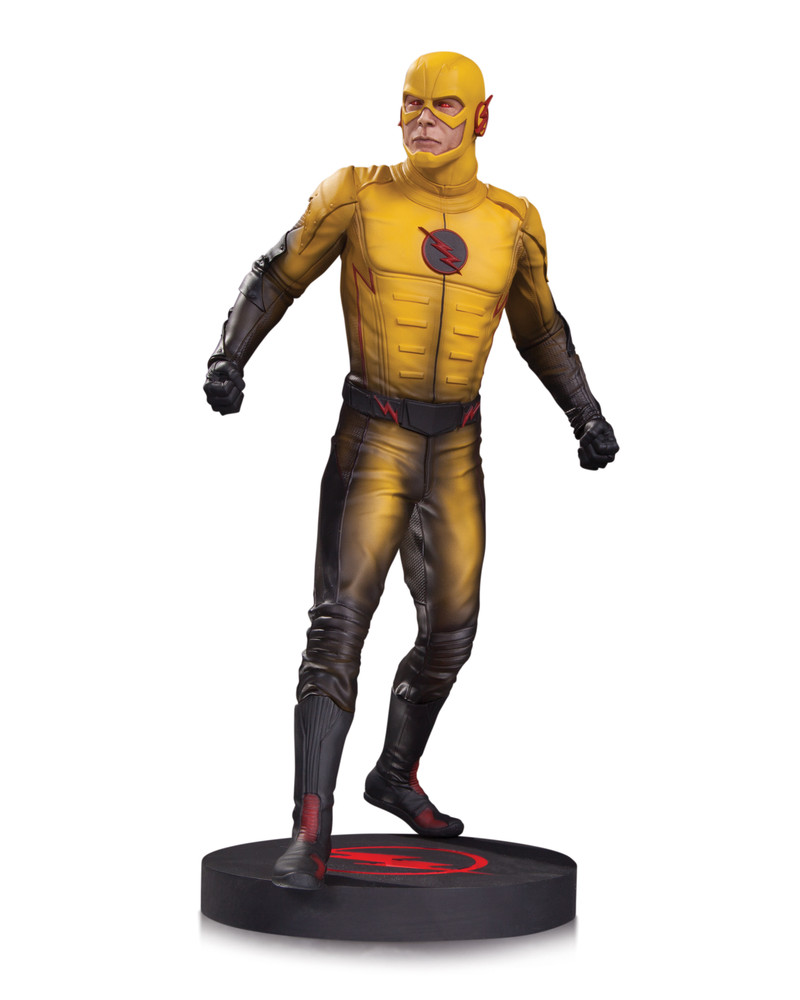