Beyond The Bat: Big Vertigo & MAD Announcements from SDCC

Our readers that can’t get enough of Vertigo Comics will love this news: the mature imprint will begin rolling out twelve new #1’s over the course of twelve weeks starting this October! This monumental announcement was made at San Diego Comic Con during a panel featuring several creators of the new books. You can check out the full list below. 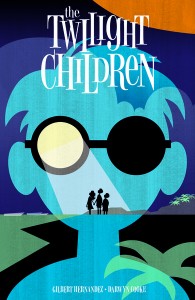 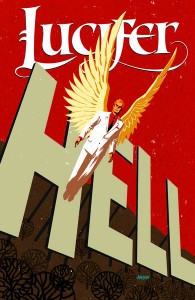 The Fall slate will also be comprised of continuing series American Vampire, Astro City and Suiciders.

“This is a groundbreaking rollout for Vertigo and all 12 new titles represent the imprint at its core: smart and irreverent stories that will take you someplace stranger,” stated Shelly Bond, executive editor of Vertigo. “I can’t be more excited about the diversity of projects and creative teams we have lined up, from Vertigo veterans to a powerhouse of new voices and rising art stars.”

In addition to that, MAD announced a new Spy vs. Spy book. Here’s the official word, straight from DC:

On July 9th at Comic-Con International: San Diego, MAD Magazine Editor in Chief John Ficarra delighted longtime fans with the announcement of Spy vs. Spy: An Explosive Celebration. The newest Spy installment will feature 150 Spy vs. Spy adventures, presented for the first time in full color, Spy vs. Spy trivia and stats and an appreciation and selection of strips by long-time Spy vs. Spy artist Peter Kuper.

The new Spy vs. Spy collection is filled with lots of extras both longtime fans and first-time agent provocateurs will love, including a new foreword by angry-faced comedian Lewis Black and a new graphic remembrance, “My Friend Antonio,” written and illustrated by world-renowned cartoonist Sergio Aragones.

For more information about Spy vs. Spy: An Explosive Celebration and MAD Magazine, visit: http://www.madmagazine.com/.