For a lot of Batman fans that have wondered who could be Batman in a live action movie if given an opportunity but turned it down, you need to read this story. News went out over the week that 36 year old actor Josh Hartnett (Currently on Penny Dreadful) talked to Playboy about regretting the opportunities to become a superhero. Now he is especially unhappy for turning down Christopher Nolan’s Batman Begins.

What is the blowback when you say no to big directors and projects?

“I’ve definitely said no to some of the wrong people. I said no because I was tired and wanted to spend more time with my friends and family. That’s frowned upon in this industry. People don’t like being told no. I don’t like it. I learned my lesson when [writer-director] Christopher Nolan and I talked about Batman. I decided it wasn’t for me. Then he didn’t want to put me in The Prestige. They not only hired their Batman for it, they also hired my girlfriend (Scarlett Johansson) at the time.” 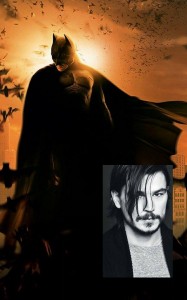 “That’s when I realized relationships were formed in the fire of that first Batman film and I should have been part of the relationship with this guy Nolan, who I felt was incredibly cool and very talented,” Hartnett added. “I was so focused on not being pigeonholed and so scared of being considered only one thing as an actor. I should have thought, Well, then,work harder, man. Watching Christian Bale go on to do so many other things has been just awesome. I mean, he’s been able to overcome that. Why couldn’t I see that at the time?”

Did you find yourself sitting in movie theaters, watching, say, Christian Bale, Brandon Routh or Tobey Maguire in their Batman, Superman or Spider-Man flicks, thinking, This wouldn’t have been such a bad thing for me to do after all?

“Yeah, I have, for sure. I know now that I wouldn’t turn something down just because it’s a superhero role. I was born in the era of Michael Keaton playing Batman. That is Batman to me. He’s awe-inspiring in that role—so quiet, like a ghost, and then every once in a while this incredible thing just pops up in him. It was such a cool performance, especially since he’d been known for such big, broad performances.”

As much as I have liked some of Josh Hartnett’s acting parts in the past, I have to say I’m glad he was never Batman. I think it’s funny how some Hollywood actors are coming out and telling people they wish they would have done a superhero roles. To see more of the interview head over to the source.