For the most part, I’ve loved every single Batman offering from the DC Animated Movies. Some more than others, as the Batman/Superman stuff don’t really do the Bats justice. However, aside from Son of Batman, there’s only one smear and that smear was Batman: Gotham Knight. I liked the animation a lot, but I just wasn’t a fan of that movie. I’ve seen the same anthology format in the episode, “Legends of the Dark Knight” from the The New Batman Adventures, but that was just better done. Framed narration goes a long way, it seems.

Well, the news here is not only was I the only who didn’t like that movie, but those of us who are going to be getting Rocksteady’s Swan song from the Arkham series, Batman: Arkham Knight, will have access to a free alternate skin inspired by the anime version of Bats from Gotham Knight.

“As a thank you to all of our fans, we are excited to announce that all WBPlay Members will receive a bonus, exclusive alternate character skin. To redeem the iconic Batsuit from the hit animated feature Batman: Gotham Knight, just log in to your WBPlay account in Batman: Arkham Knight when you play the game. If you don’t have an account yet you can sign up here.”

Looks like all you gotta do is have an account (if you don’t have one, make one) and login. Voila! You have a new anime Batsuit! 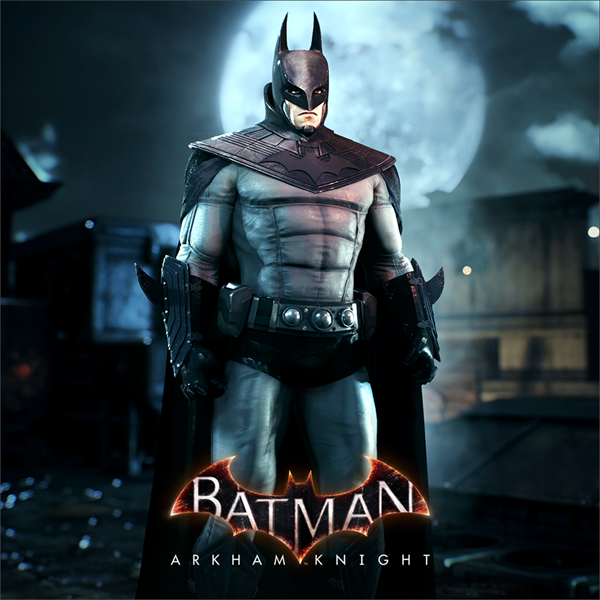 It’s pretty neat. My only real gripe is the boxy abs. What’s up with that?

Joe Barton is New Showrunner for ‘The Batman’...

The Future of DC Films: Theatrical and HBO...