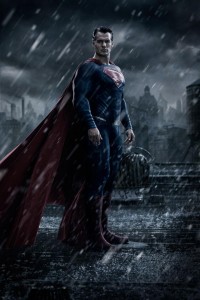 A wacky rumor popped up online yesterday and damn near broke the internet. After a blurry image capturing the supposed Batman v Superman: Dawn of Justice teaser trailer surfaced on Imgur claiming the film would be split into two parts, a staggering amount of people believed it to be true. Seriously. They did.

I refused to even acknowledge this “news” on DKN until we could definitively debunk it. We need to send out a memo to the online community to not believe every shady, unfounded post on Imgur or Reddit. The foolishness has reached critical mass. Besides, IF BvS were meant to be two films, don’t you think they would’ve announced it a few months ago along with the rest of the DC film slate?

Variety’s own Ramin Setoodeh luckily caught up with Superman himself, Henry Cavill, at BAFTA Tea and asked him about the ridiculous rumor. Here’s what he had to say (per Twitter):

Photographic evidence Cavill was at the event:

There you go. Ding dong, the lie is dead.

Batman v Superman: Dawn of Justice will arrive in theaters as ONE MOVIE on March 25, 2016.