It may seem like an odd question to ask, but who would win in this battle of Valencia CF Football Club vs the Batman? Well, they are both facing off in the court room where a legal battle has erupted between the Dark Knight’s DC Comics and Spanish football giant Valencia CF. The legal battle is over the new club logo that Valencia are using. DC Comics are claiming that it’s too close to the representation of two iconic Batman logos.

DC Comics have submitted their legal documents to European Union’s trademark arm stating that the new football logo is too close in looks and design to that of two designs of the Bat symbol. Legal documents have been seen by BBC Sport and show that the 11-page opposition document was submitted in May 2013. 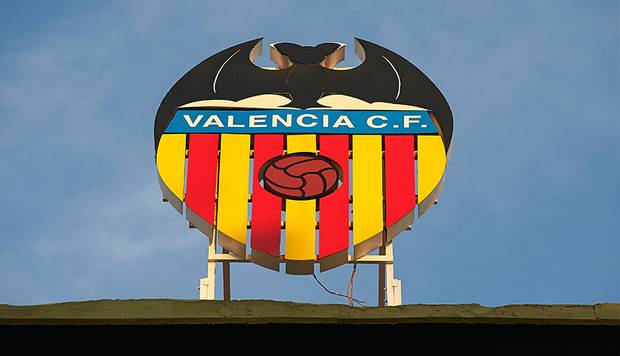 The history behind the Bat in the Valencia logo goes back to the 13th century, when a bat was said to have landed on the flag of James I when he re-took Valencia from the Moors.