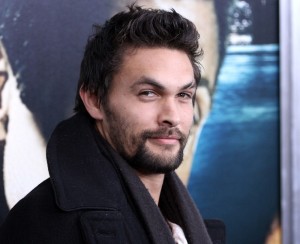 Jason Momoa has finally talked about playing Aquaman in the upcoming Justice League film. It wasn’t officially confirmed until recently that he would be playing the role, but now he’s excited that he can speak his mind about the role as well as respond to the question of fans.  Momoa was asked to keep quiet about the role but can now talk more freely about it.

Listen, I was asked to play it. You know, you audition and stuff like that, but the fact is you’ve just got to keep it quiet. You know what I mean, I was just trying to respect Warner Bros. and everyone’s wishes. I’m really, really happy that I don’t have to be quiet anymore, because that’s really hard for me…. I don’t even know when we’re shooting yet, but it will be like 2016 or 2017, so there’s plenty of time.”

Momoa also spoke a little of his background from college, he started in marine biology, and his Polynesian heritage in regards for getting ready for the role and what it means to him.

Yeah, I did go to school for Marine Biology, but the cool thing is…the greatest thing for me is that Polynesians, our gods, Kahoali, Maui, all these water gods, so it’s really cool and a honor to be playing a [water] character. And there’s not too many brown superheroes, so I’m really looking forward to representing the Polynesians, the natives….My family are some of the greatest water men on earth. I’m not, but I’m going to go train with them. But it’s really an honor just being a Polynesian. And water is the most important thing in this world and we all know it. It’s cool be a part of DC’s universe. I’m really excited to be with Warner Bros., and hopefully everyone likes it. And Zack Snyder’s a genius, so I’m really excited to be hanging out with him.

When asked about his comic book background, he revealed he hadn’t read a lot of Aquaman growing up but was a huge fan of Lobo and Spawn, and was looking forward to reading more Aquaman in order to research the role. He also admitted that he’s as much in the dark about the Aquaman solo film as the fans are, and that Justice League will becoming first.

The leaves Jason Momoa as the fourth person officially attached to the Justice League film, beyond Henry Cavill, Ben Affleck, and Amy Adams as Superman, Batman and Lois Lane, respectively, and officially confirms that Aquaman will be a part of the movie. He also made mention that there’s no current script for the film as well, giving plenty of time to brainstorm ideas for the characters and film. Along with being quizzed about any potential Justice League news, Momoa was asked about if he was going to cameo in the upcoming Batman V Superman: Dawn of Justice. He remained silent on the answer, only replying that

“I really wish I could say something, but I don’t even know.. I found out some of the characters that are in Justice League that are casted that I didn’t know. So you found out when I found out. And that stuff is pretty tight-lipped so I don’t have anything to give.”

Not much of an answer, but it does add some interesting information that there are already characters cast that he had no idea about. The mystery about the cast for film, and the DC movies to come, thickens.