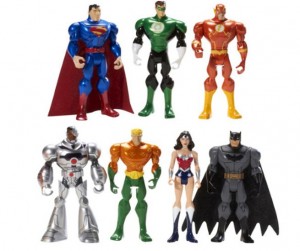 Mattel, who previously made action figures based off the famous characters and vehicles from DC Comics, has signed a new deal with DC allowing them to continue and expand their toy lines for years to come. The new arrangement, which could extend as far as 2019, will allow Mattel to make toys connected to the upcoming DC films Batman v. Superman: Dawn of Justice and Justice League, as well as the television programs Arrow and The Flash.

The licensing isn’t just limited to action figures, though. Mattel also owns Hot Wheels, Matchbox, Barbie, Fisher-Price, and Mattel Games, all of which are fair game for DC adaptations.

While it’s unclear what Mattel is going to do with the license, it’s most likely that it won’t be too far from the licensed DC products we’ve seen from them in the past. Whatever they end up making, you can bet that you’ll see it right here on Dark Knight News!