Synopsis: The savagery of Man-Bat reaches a horrifying peak this final issue of the series!

Final issue of the series indeed. I’ve been fully supportive of Batman: The Dark Knight since issue #1 with David Finch a few years ago. Despite delays and struggling stories, it wasn’t that bad. When Greg Hurwitz took over nearly two years ago, I was excited. I guess I’ve been waiting for the breakout story that was never to be.

In this issue, we have part two of the Man-Bat story, with Kirk Langstrom’s daddy as the bad guy.

Here’s a few things to look for:

The end of this story was meh at best, which is sad considering last month’s issue was awesome (read my review here). The series had highs and lows but was never consistent, mainly with the art. That’s what bugs me the most. Much like the Mad Hatter run last year, this story started with art by Ethan Van Sciver, one of my FAVORITE artists. Then after we are hooked by the first issue, they switch it up on us. That’s annoying and takes away from the story.

In this particular issue, another thing that bugged me was Batman’s dialogue. I can appreciate someone trying to step out of the norm, but sometimes it doesn’t work. Here, we have short comments from The Dark Knight that seem way too out of character to be taken seriously. Why would the vigilante who spreads fear, be making smart ass comments to the villain? It doesn’t click.

And that’s why DC has canceled this series. It simply doesn’t click with the fans. But don’t worry, in a few weeks we’ll have the beginning of a new Batman series in Batman: Eternal, and I’m sure I’ll be on board from the start. 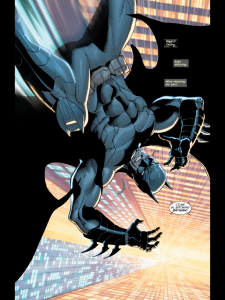 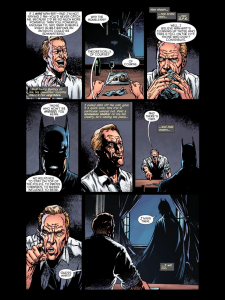 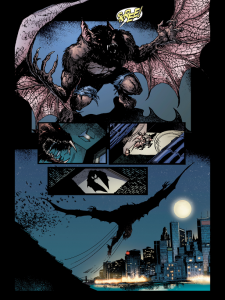 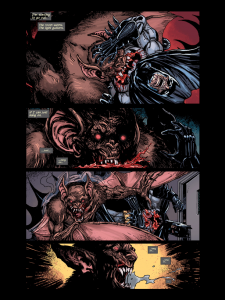