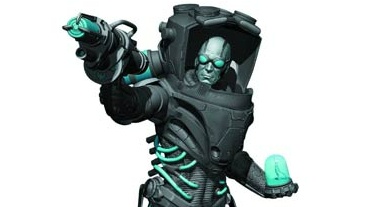 Coming out this September from the video game Batman: Arkham City comes an 11 1/2 tall statue of Mr Freeze. As you can see Mister Freeze is standing on the iconic bat symbol. He is also holding a snow glob of his beloved wife Nora while extending out his freeze gun. 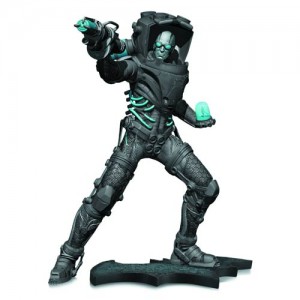 Sculpted by Dave Cortes this extremely detailed statue will run you 119.96 at TFAW. Pre-orders are now being excepted.