More information regarding some new features in Rocksteady’s upcoming, highly anticipated Batman: Arkham Knight as well as several new screencaps and concept art help to showcase the breathtaking spectacles of the game.

I don’t know if I expressed just how much I’m frothing at the mouth for this game. I’ve read so much on this game that I honestly don’t know where and when I read it, so it’d be shoddy journalism to spew all of that information in an abridged version here with the proper citation to follow. There’d be no justice to that and we all know how the Bats feels about justice. However, I can source a few things for you today regarding some new and very neat features that will be included in the gameplay.

Let’s start with the official UK Playstation Magazine. The April issue is supposed to be running a feature on Arkham Knight and while the magazine is scheduled to be released on March 18th, one very thoughtful forum member at Arkhamverse.com, Jexx, managed to not only grab a copy a few days early, but provide us with a brief synopsis of the issue and several scans of the screencaps featured therein.

– You can call on the batmobile mid-glide by targeting a spot you want it to drive to
– The Batmobile pretty much affects everything you hit in some fashion, not just certain walls
– You use L2 mid-glide to use the line launcher
– The use of gadgets while gliding produces a slo-mo sequence
– The batmobile has a boost function
– The boost function refuels when you drift around corners
– Rocksteady isn’t talking about whether or not you can upgrade it

According to Jexx, there really wasn’t much else worthy of note. However, you folks across should grab your own copy just in case.

Not to be outshined by the Batmobile as a means of transportation, it seems Rocksteady took into account the possibility of some players’ possible thinking, “Pfft… who needs to glide when I got a sweet ride?” Well, it seems Rocksteady wants to keep you up in the air as well. Game Informer recently spoke to game director Sefton Hill, who revealed that Batman’s new duds allow him to dive steeper and recover higher from those dives than ever before, allowing you to stay in the air for longer periods of time. The grapnel gun will now also help for greater navigability, allowing you to launch it mid-glide for complete 180 degree turns. It seems Rocksteady wants you in the air for as long as possible, because mid-combat, you will have the ability to use the upgraded line launcher and perch atop it to initiate your own little impromptu predator mode session.

Seguing along. The combat system also incorporates better flowing combos by allowing the player to chain together takedowns… Did you read that properly? Chain takedowns! You don’t how many times I’ve yelled in frustration when I lost my combo due to an accidental takedown move.

Is there more, you ask? Why yes. Apparently, the power of the hardware of the Xbox One and PS4 now allows for serious beautifully fluid gameplay. While gliding past buildings, you will be able to peek in through the windows and see what’s inside. Incredibly cool feature, but does not exactly scream fluidity. Well, now as you enter a building while a riot’s going on outside, the gunshots and noises can be heard even inside the building. (That was just one example mentioned to demonstrate it’s fluidity) That’s pretty insane. Coupled with the no load time feature between interiors and exteriors, it’s going to be one hell of an experience.

Anyway, those were just the highlights that I found most interesting about the game. You can check out the article read up on more of the cool stuff that’s coming in Arkham Knight.

Now, it’s time for what I assume you’ve been waiting for since you read the headline. Here’s some new, high quality screencaps and concept art for you from the official UK Playstation Magazine and Game Informer. 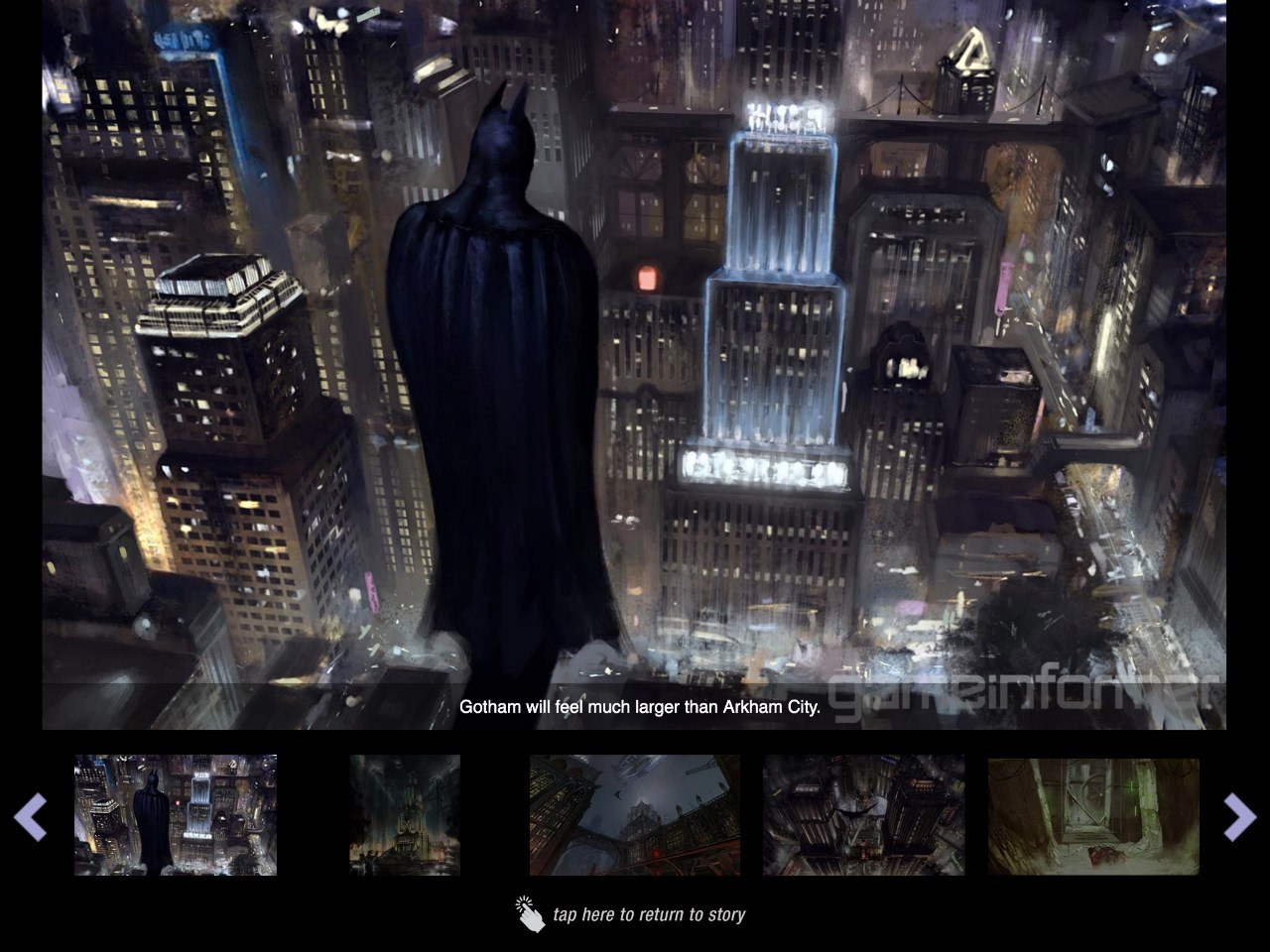 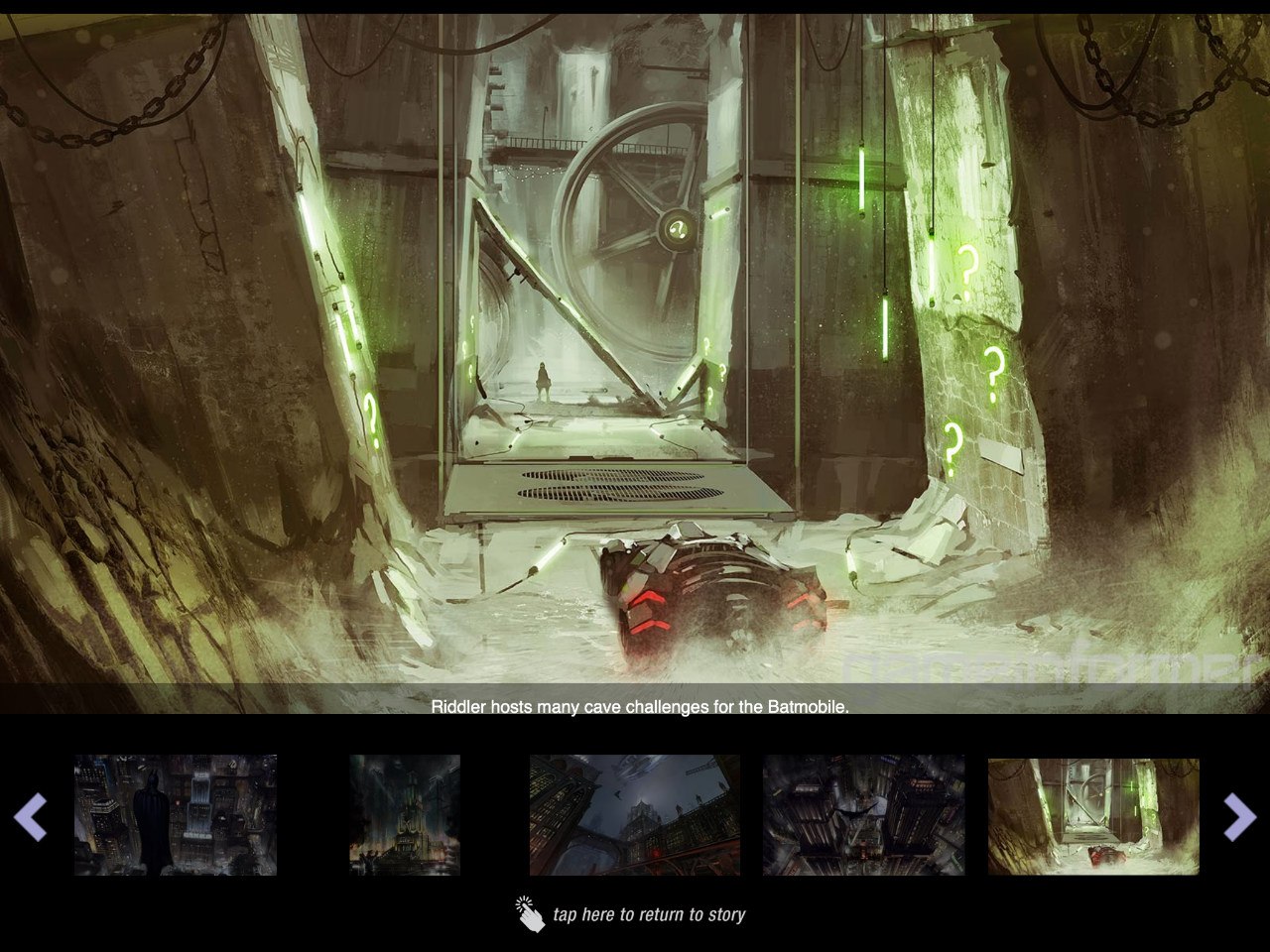 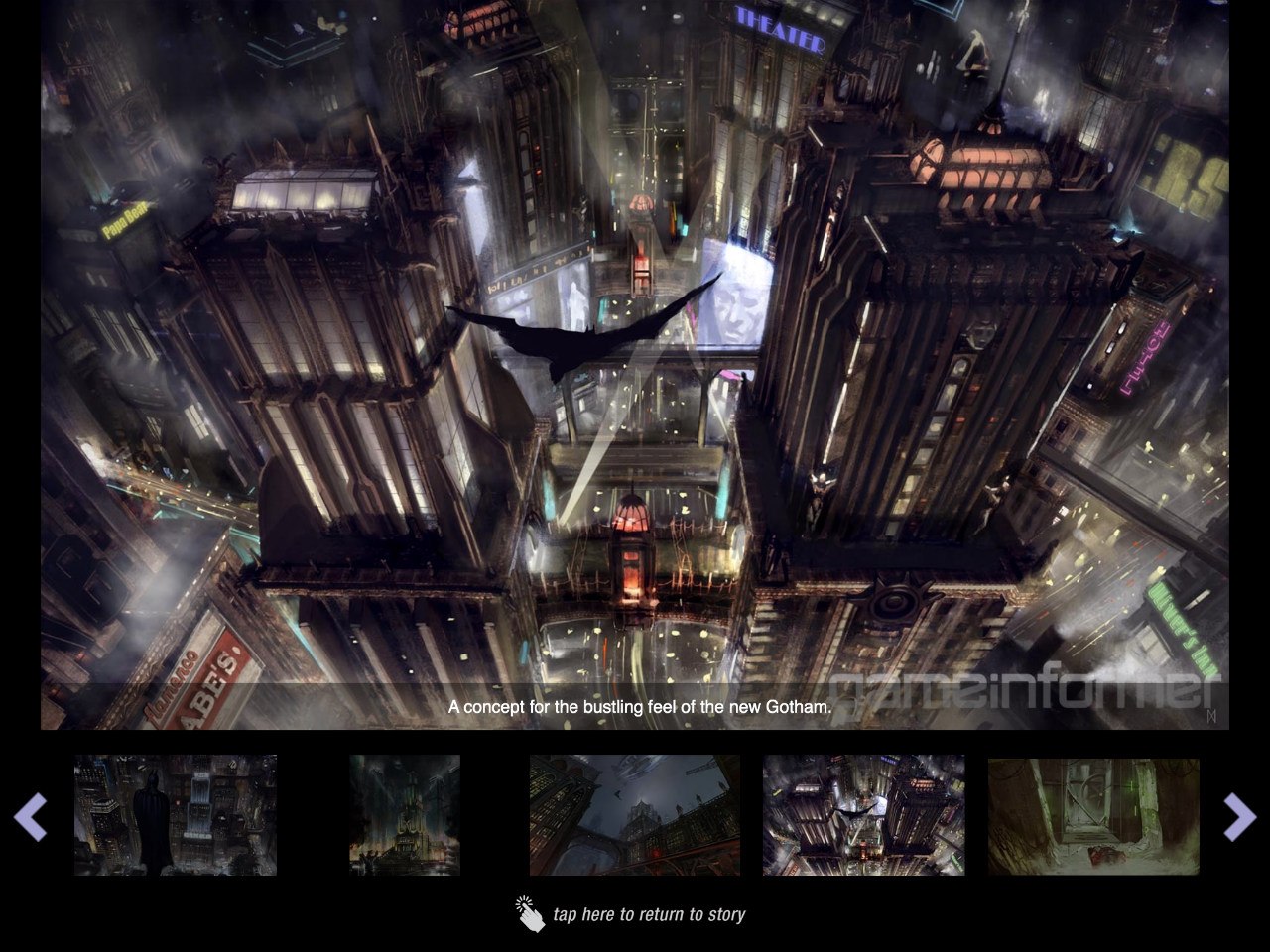 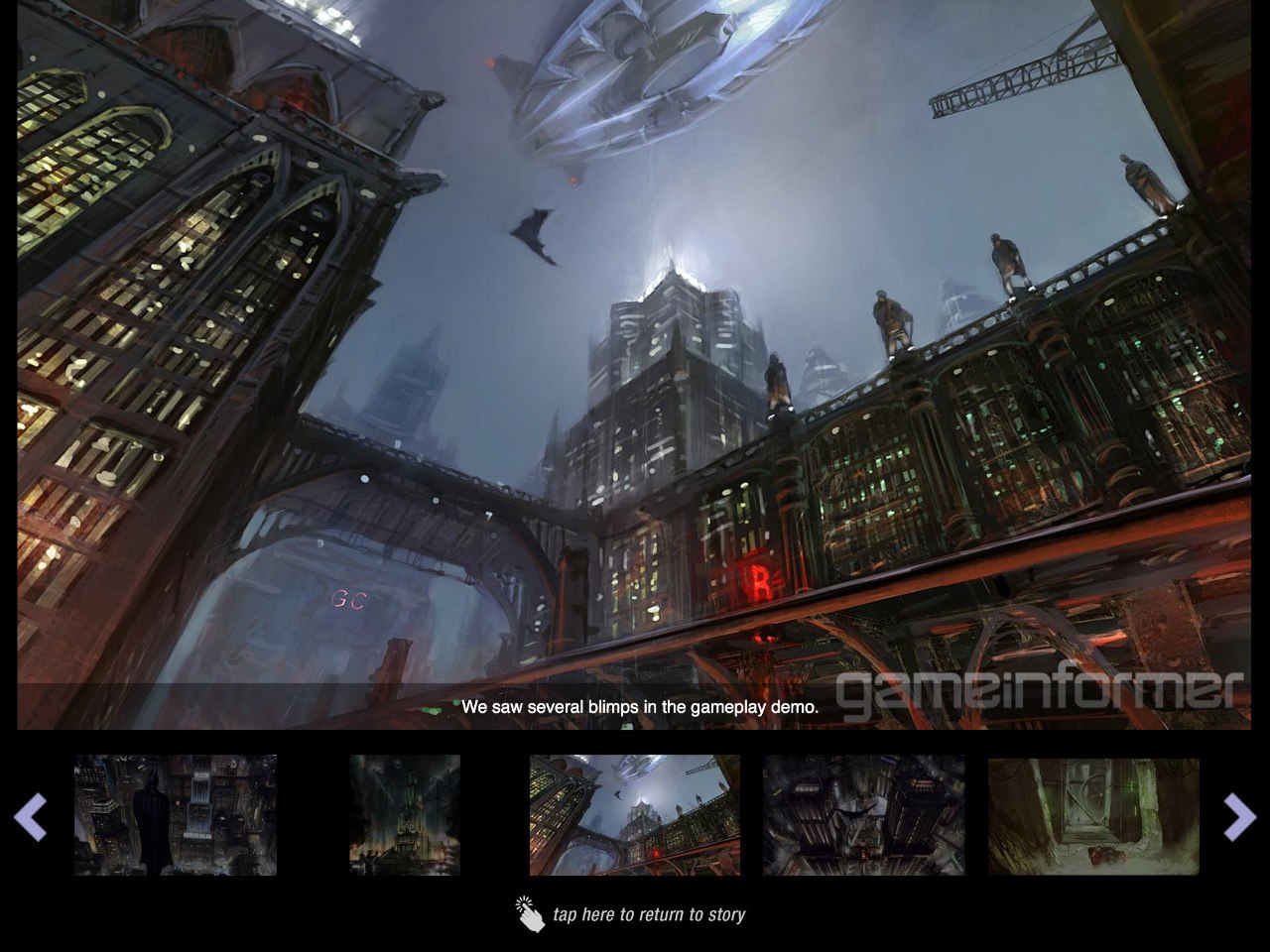 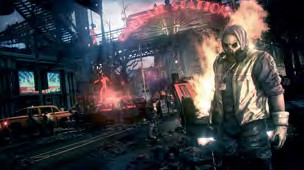 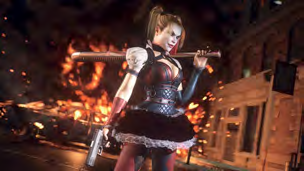 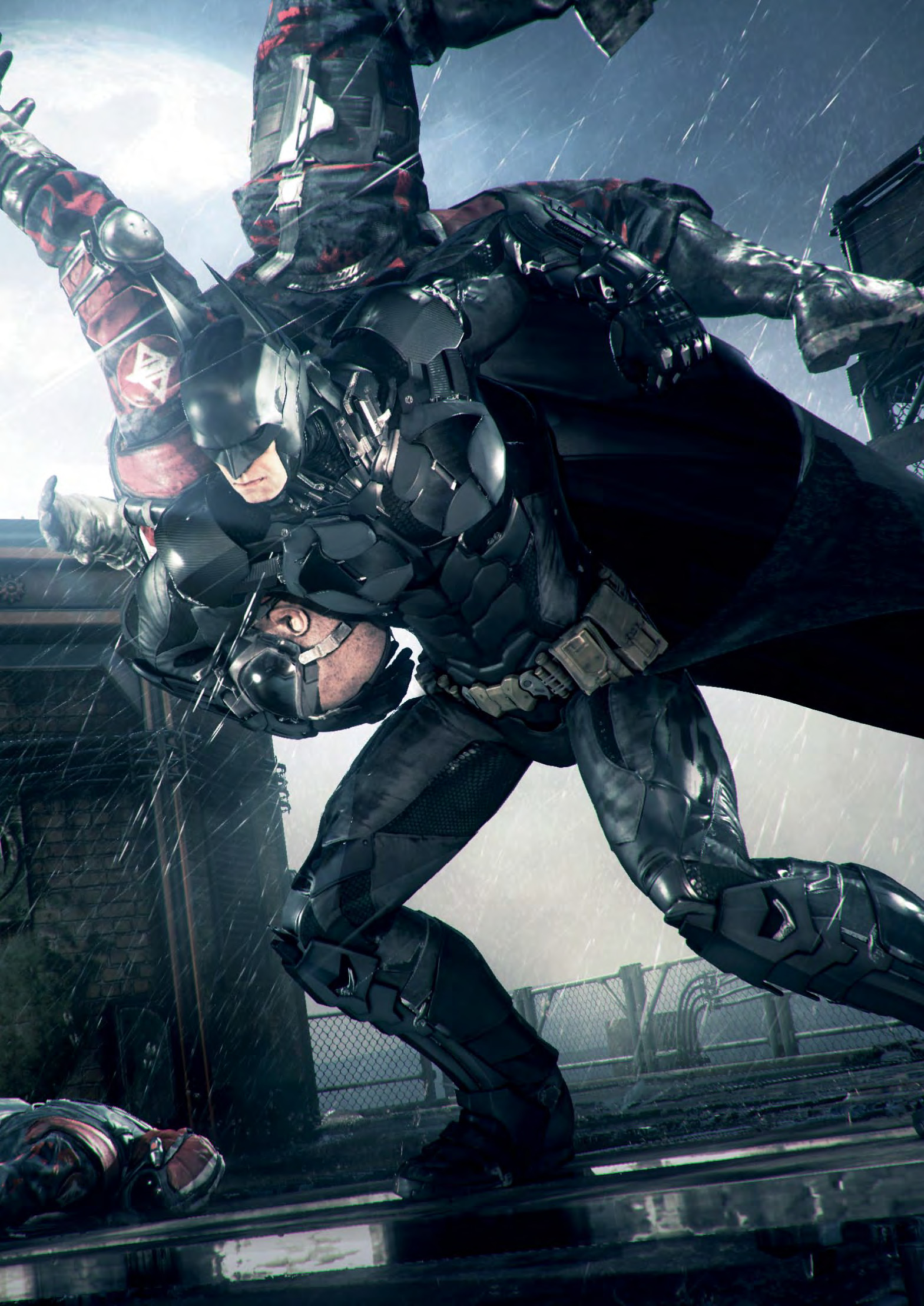 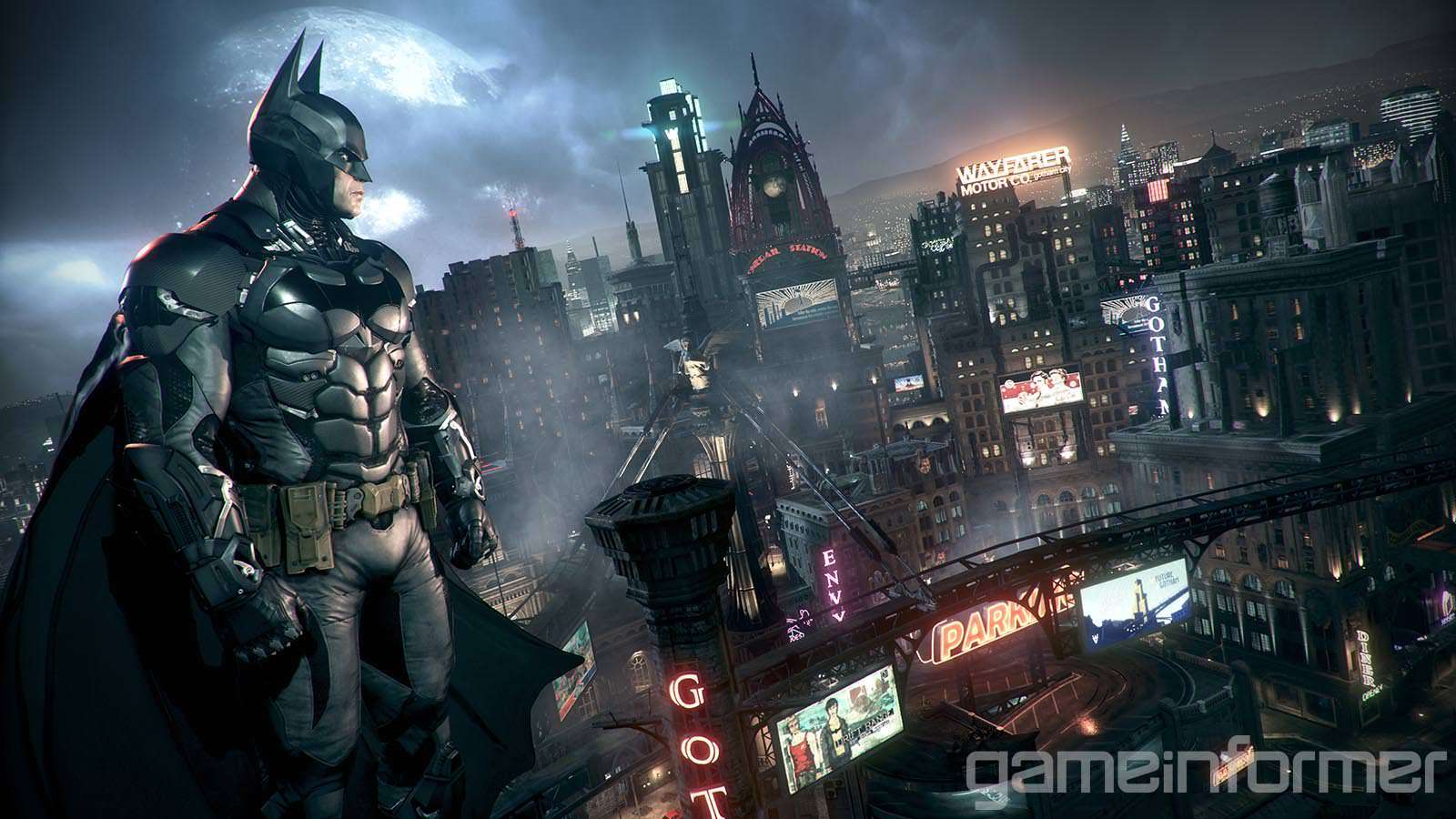 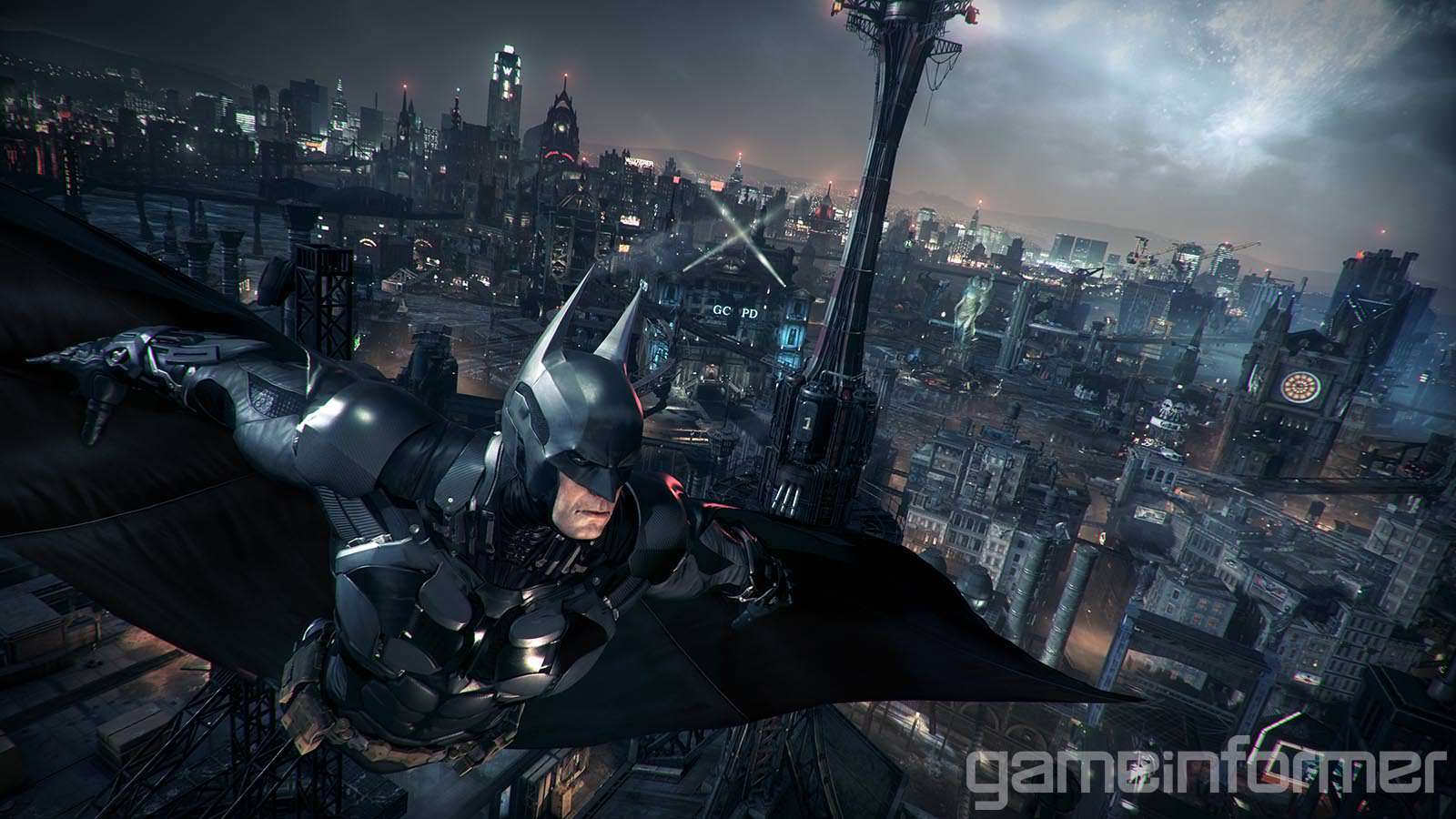 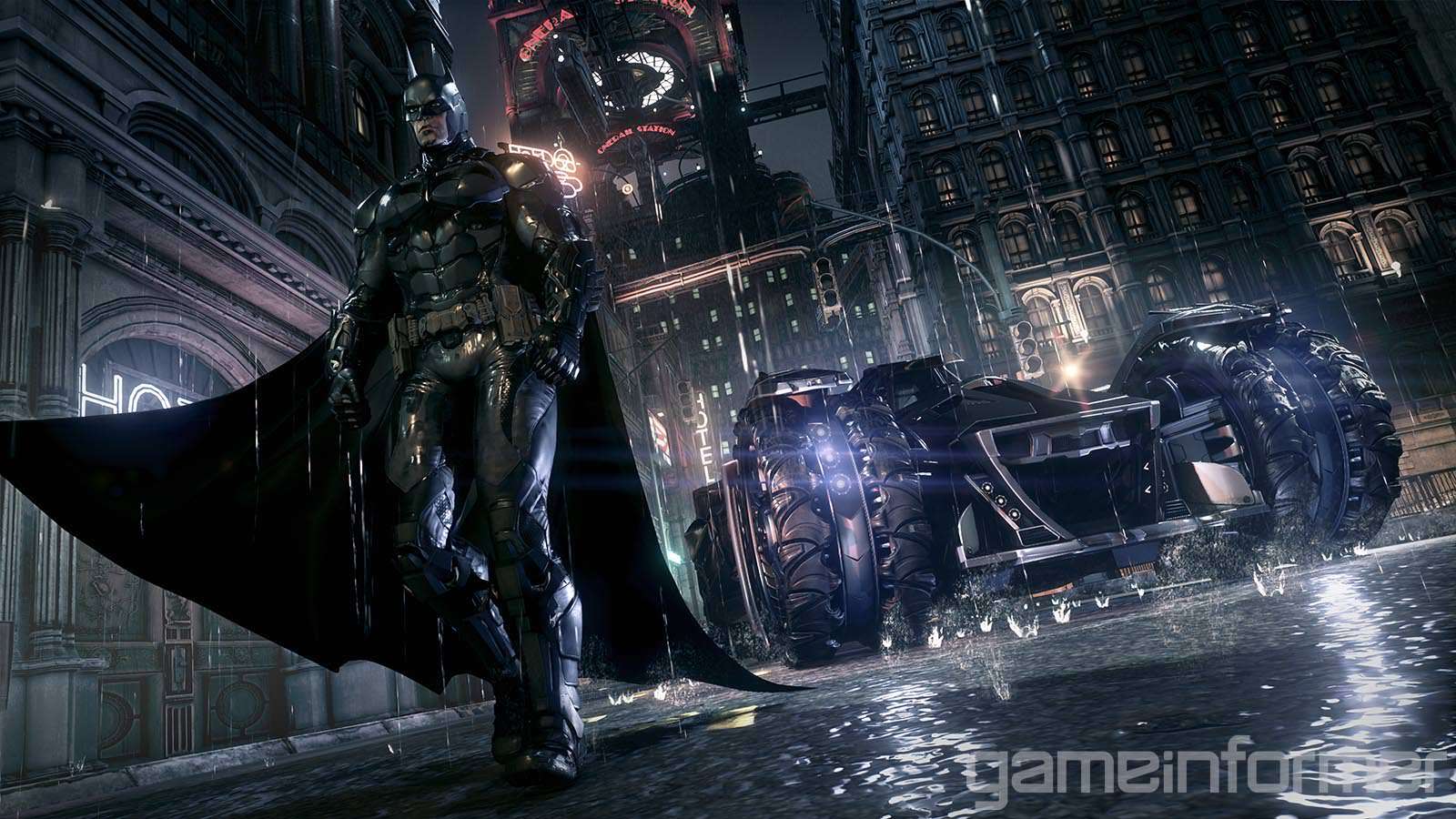 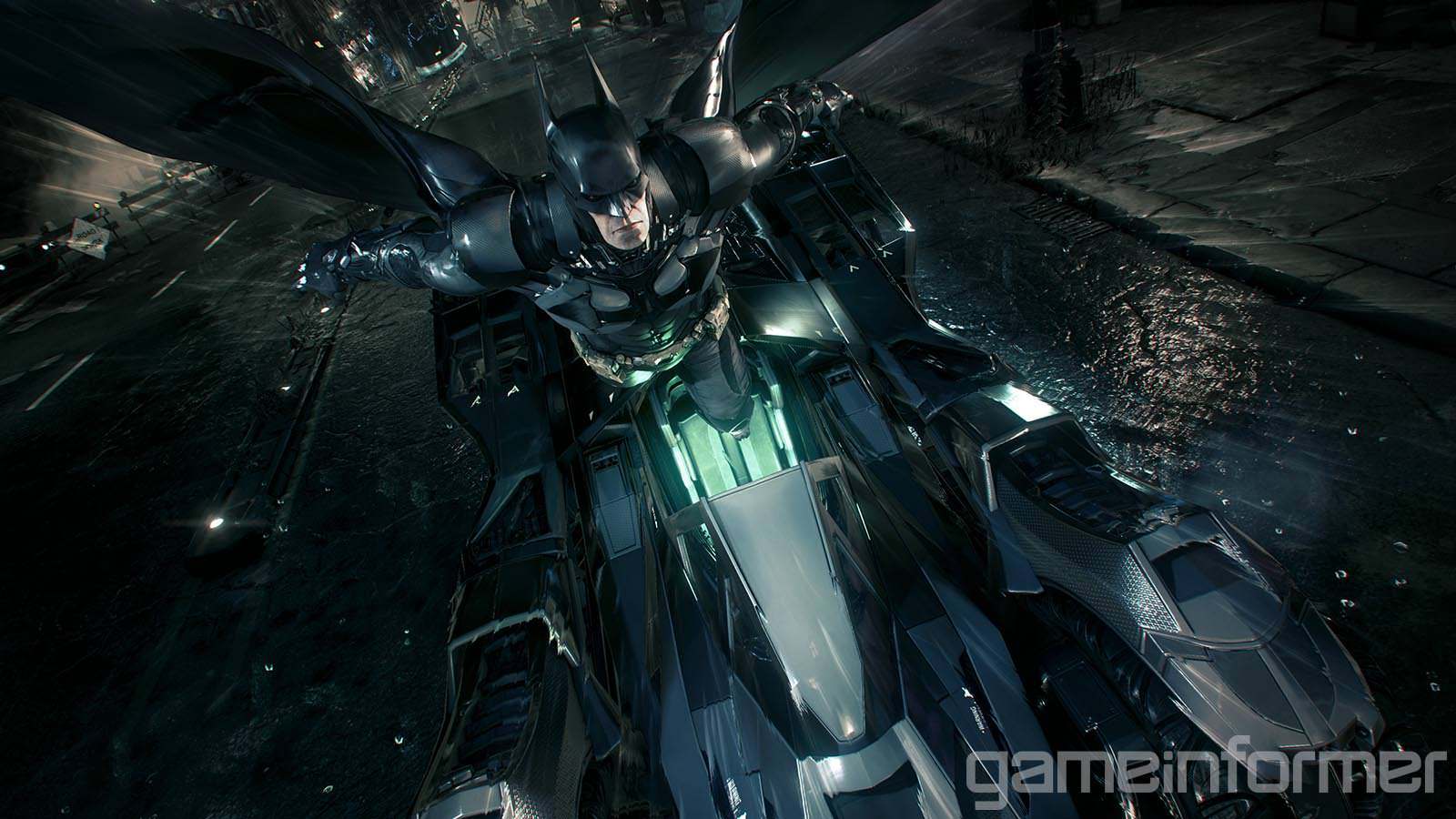 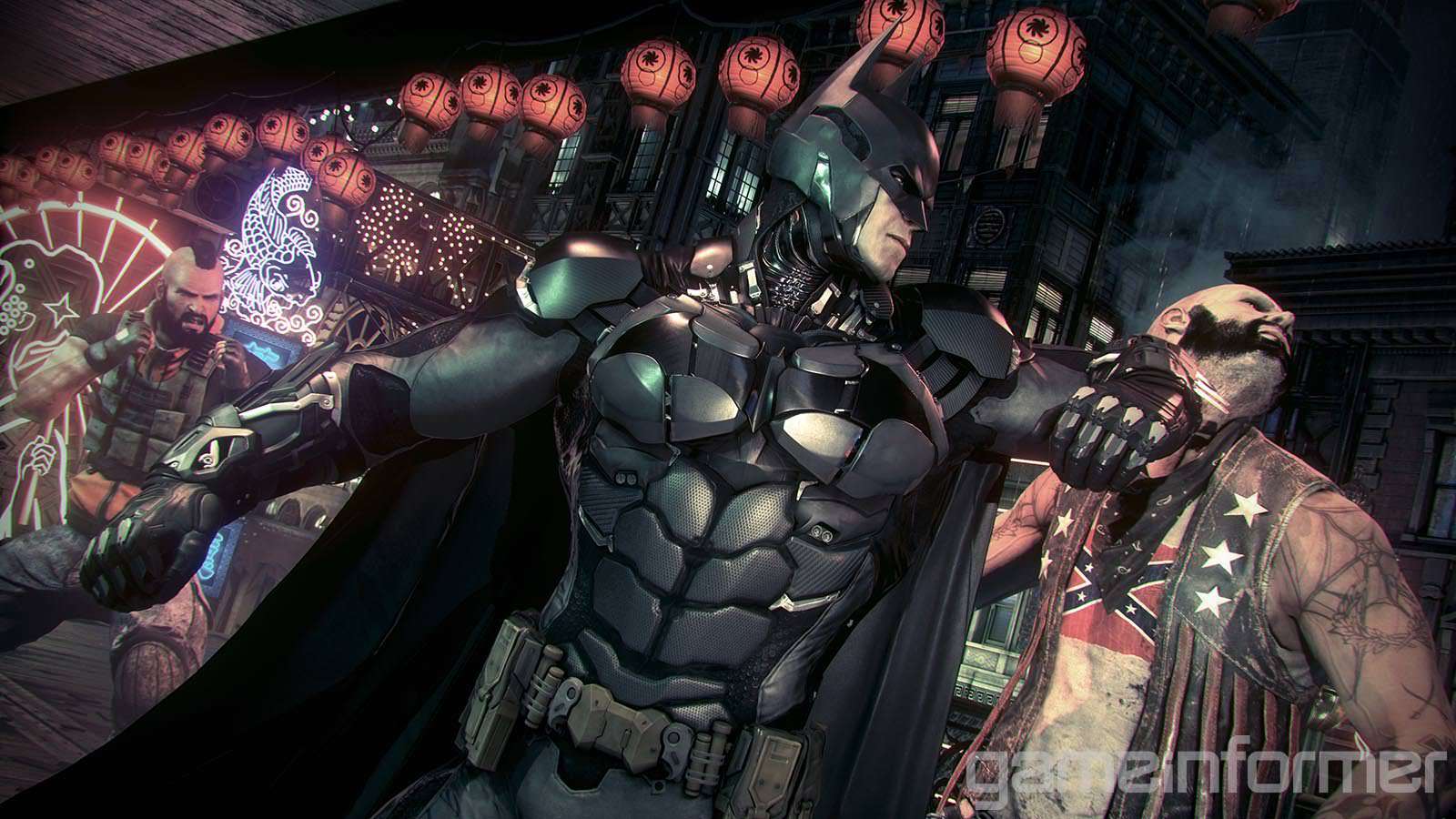 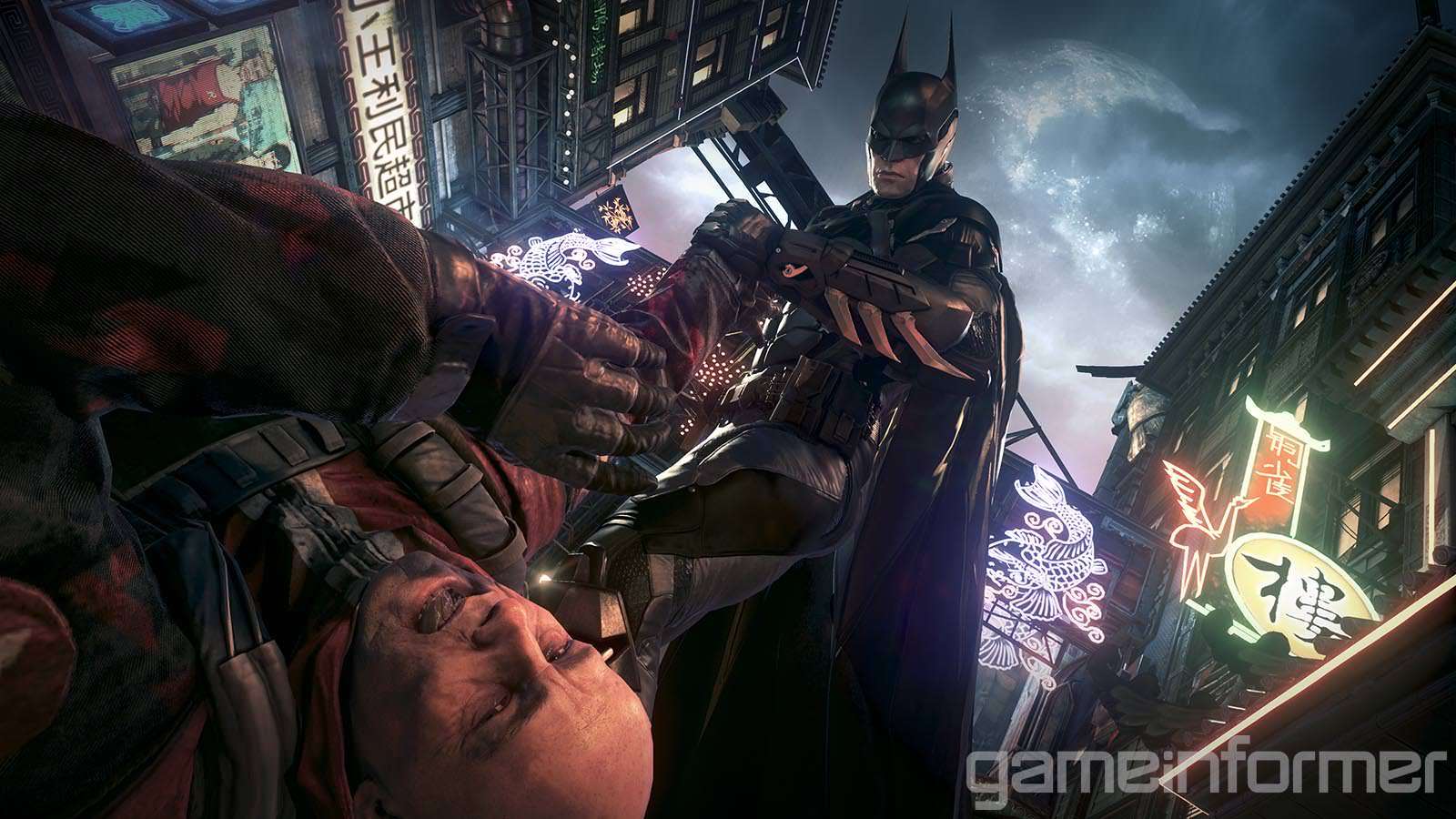 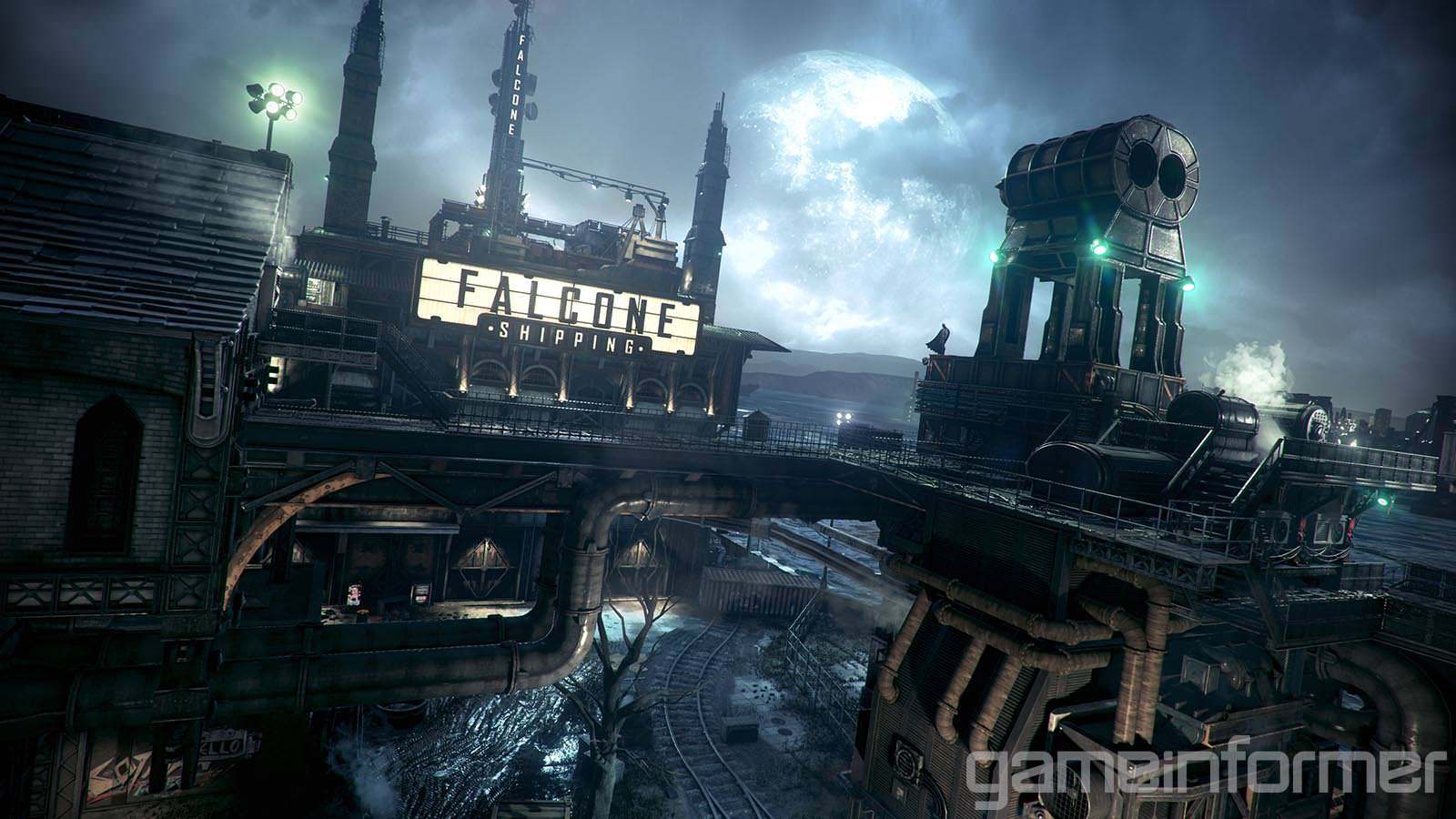 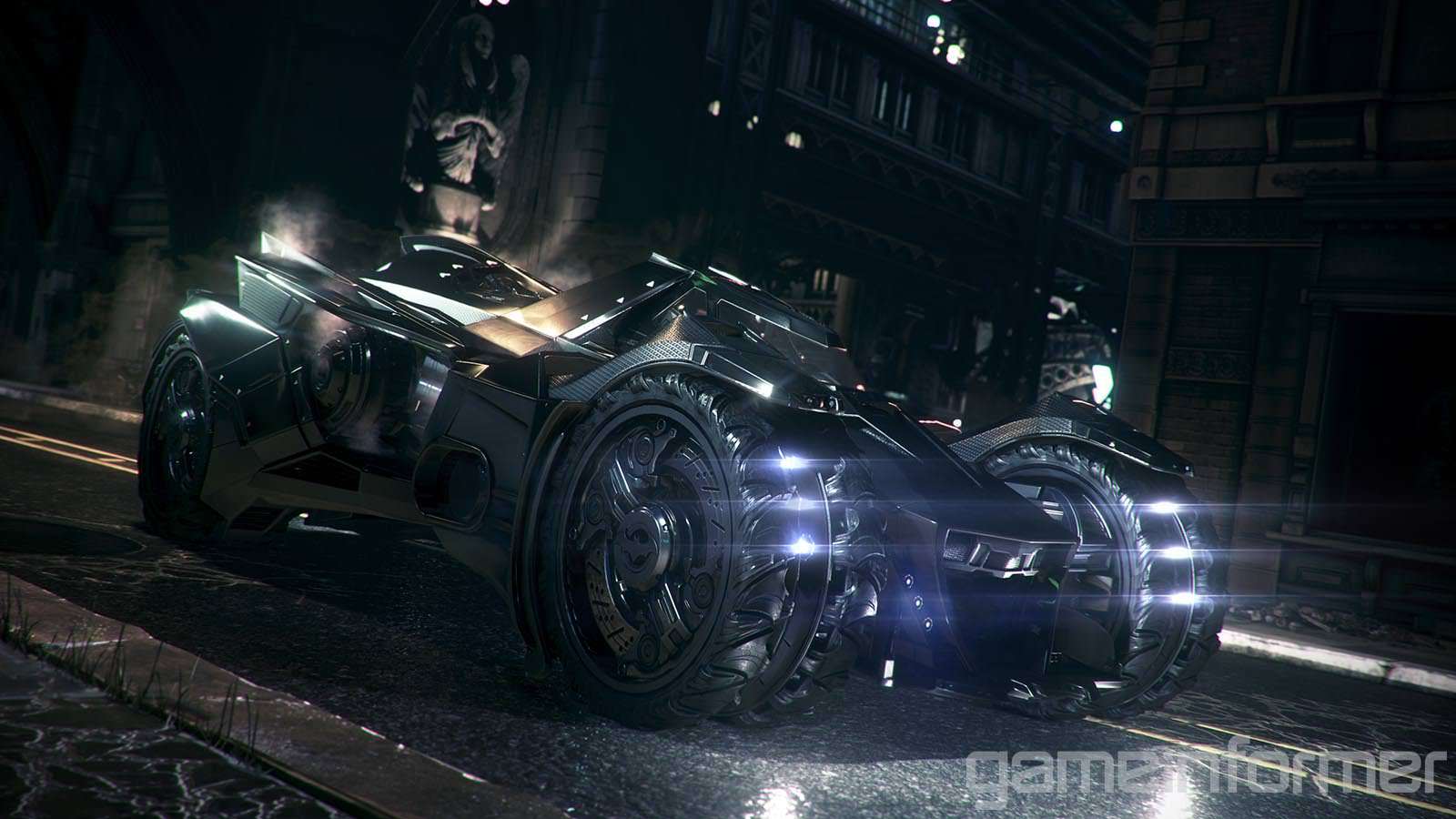 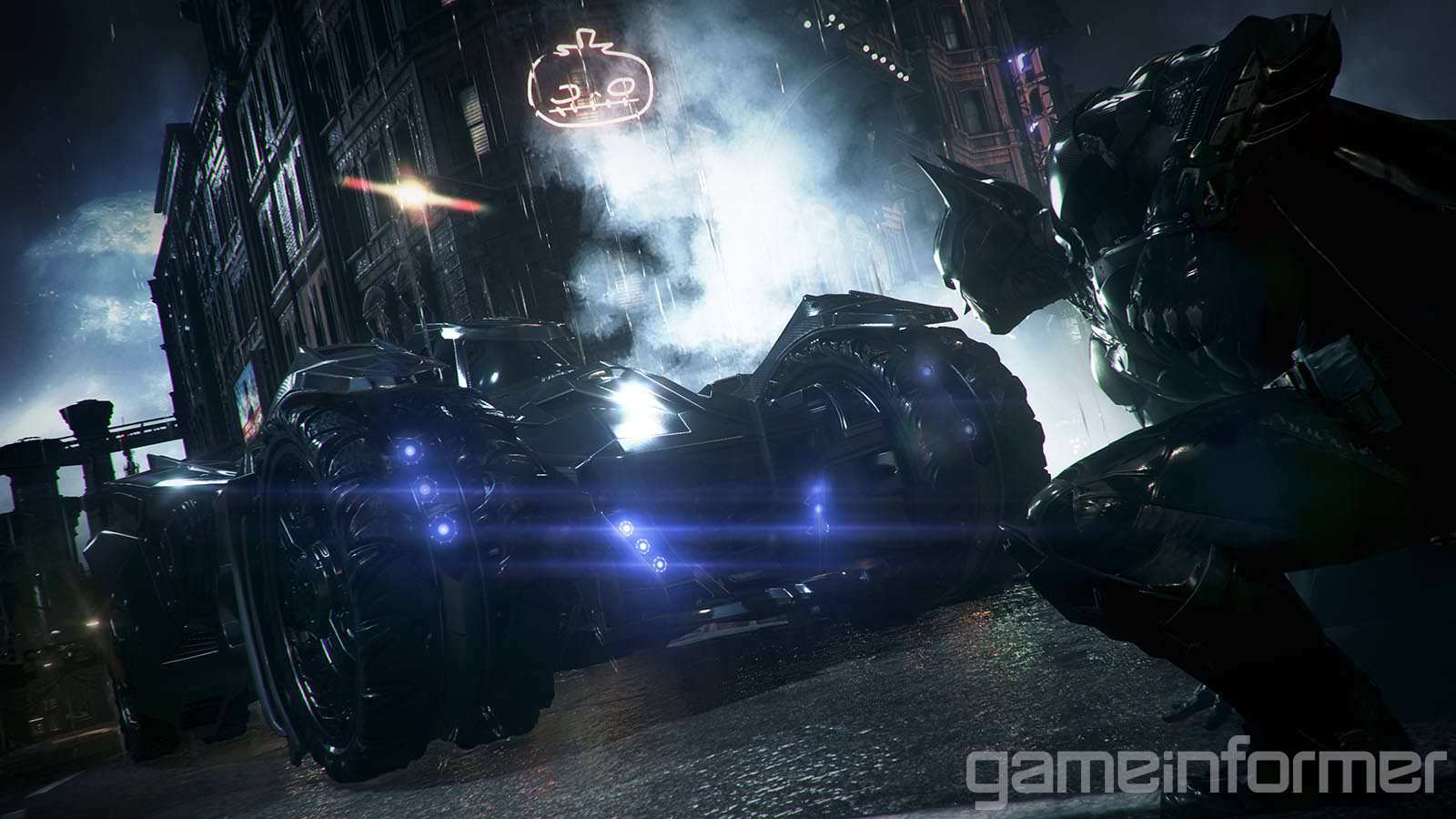 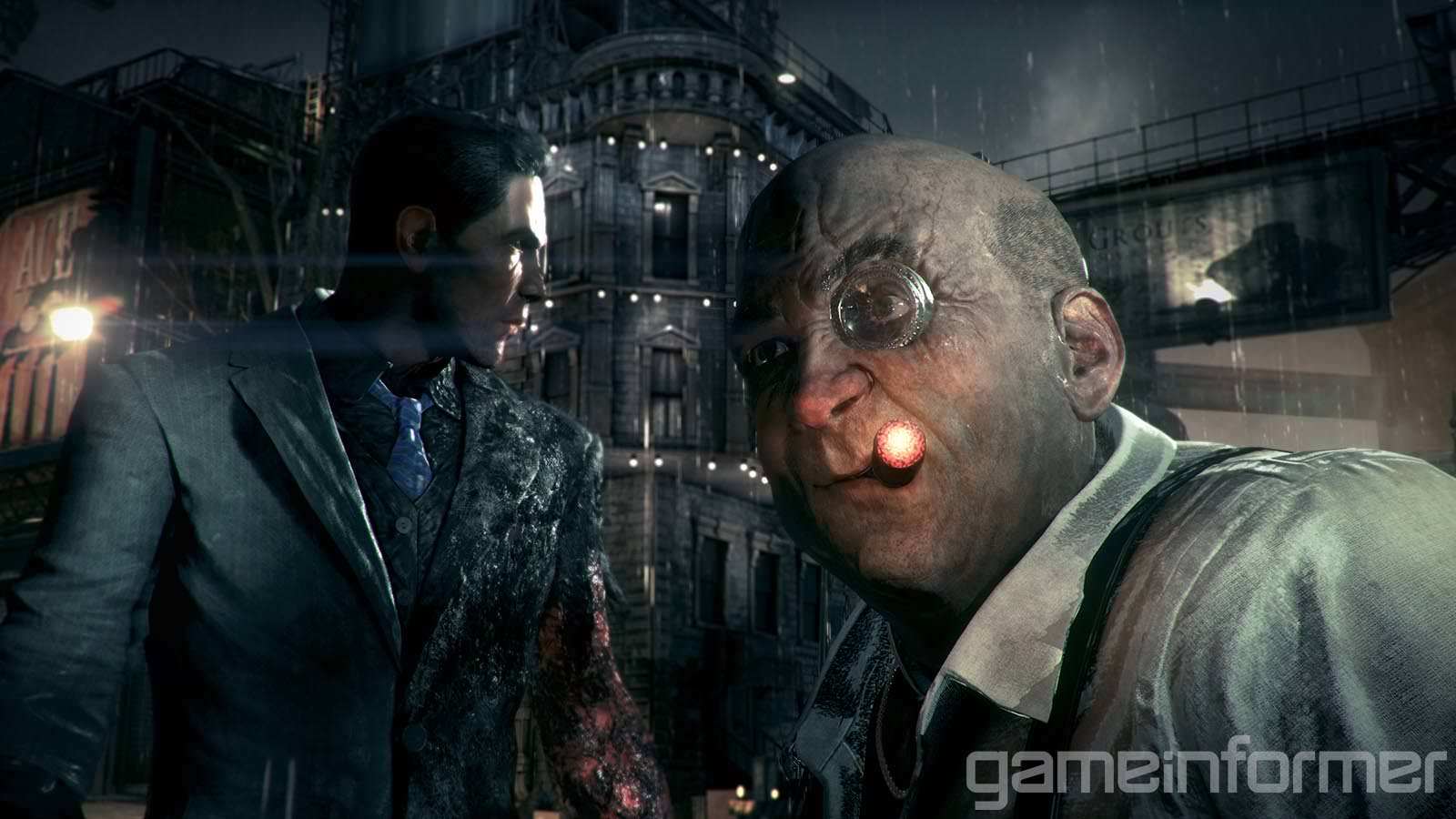 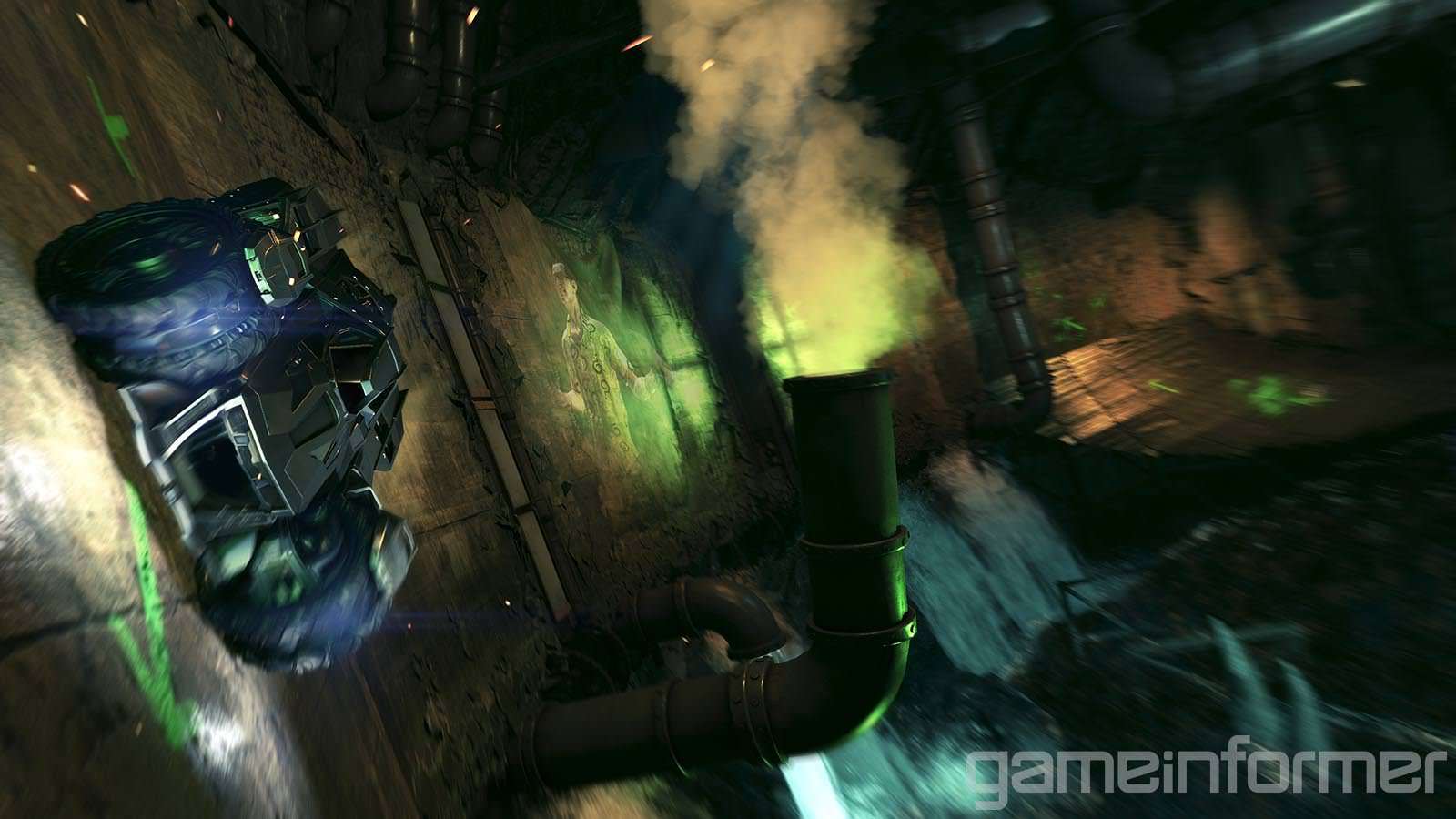 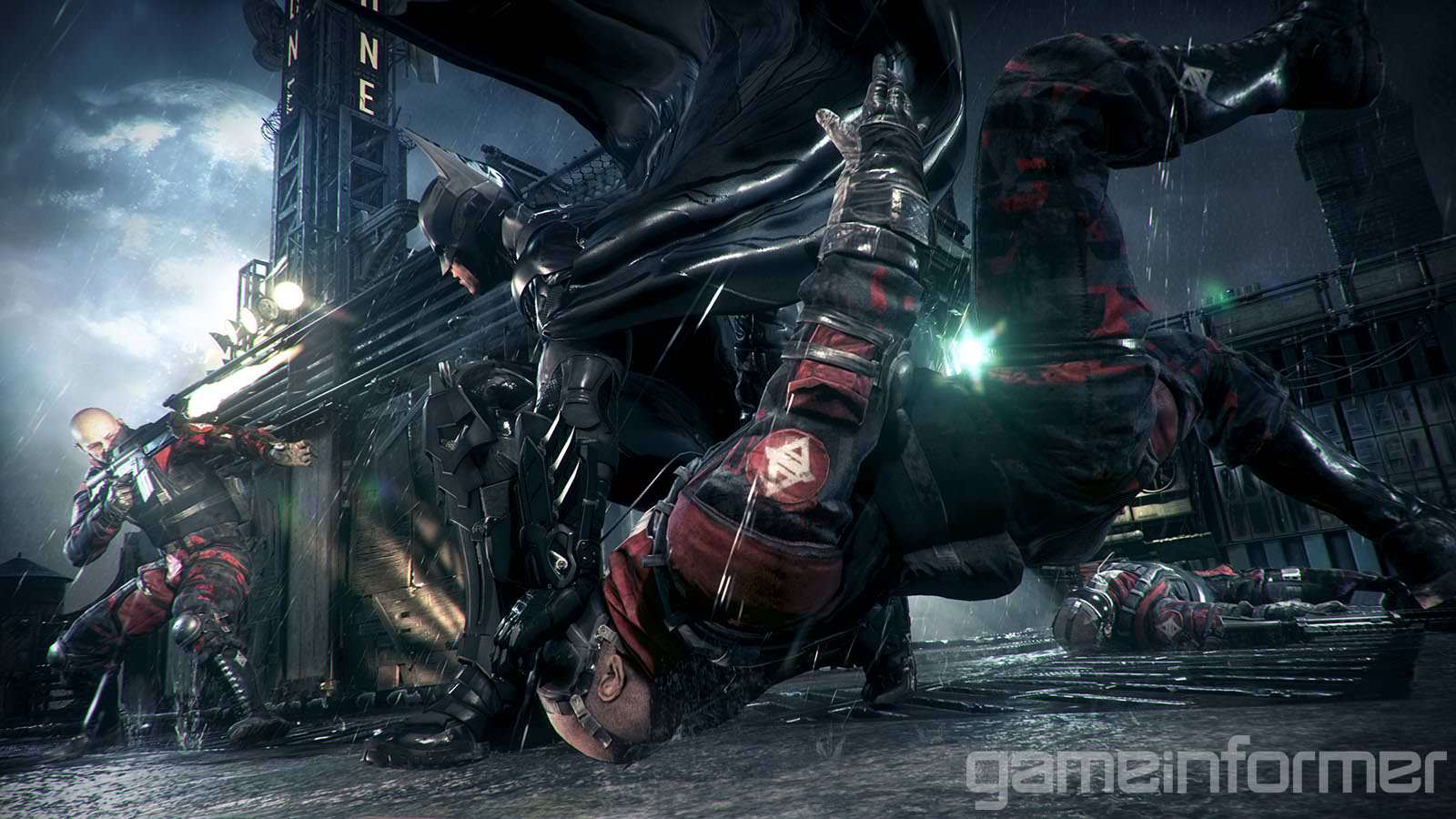 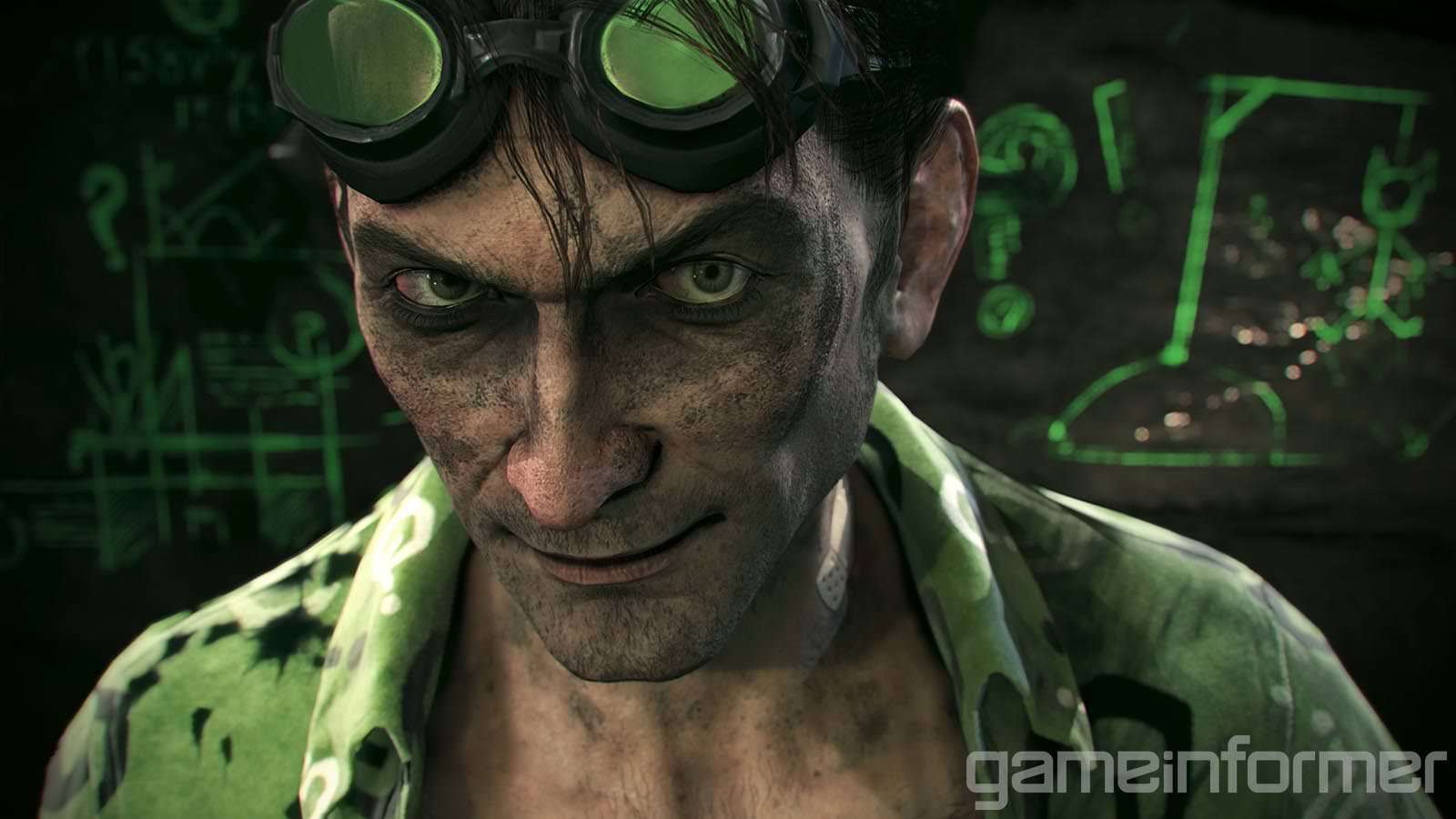 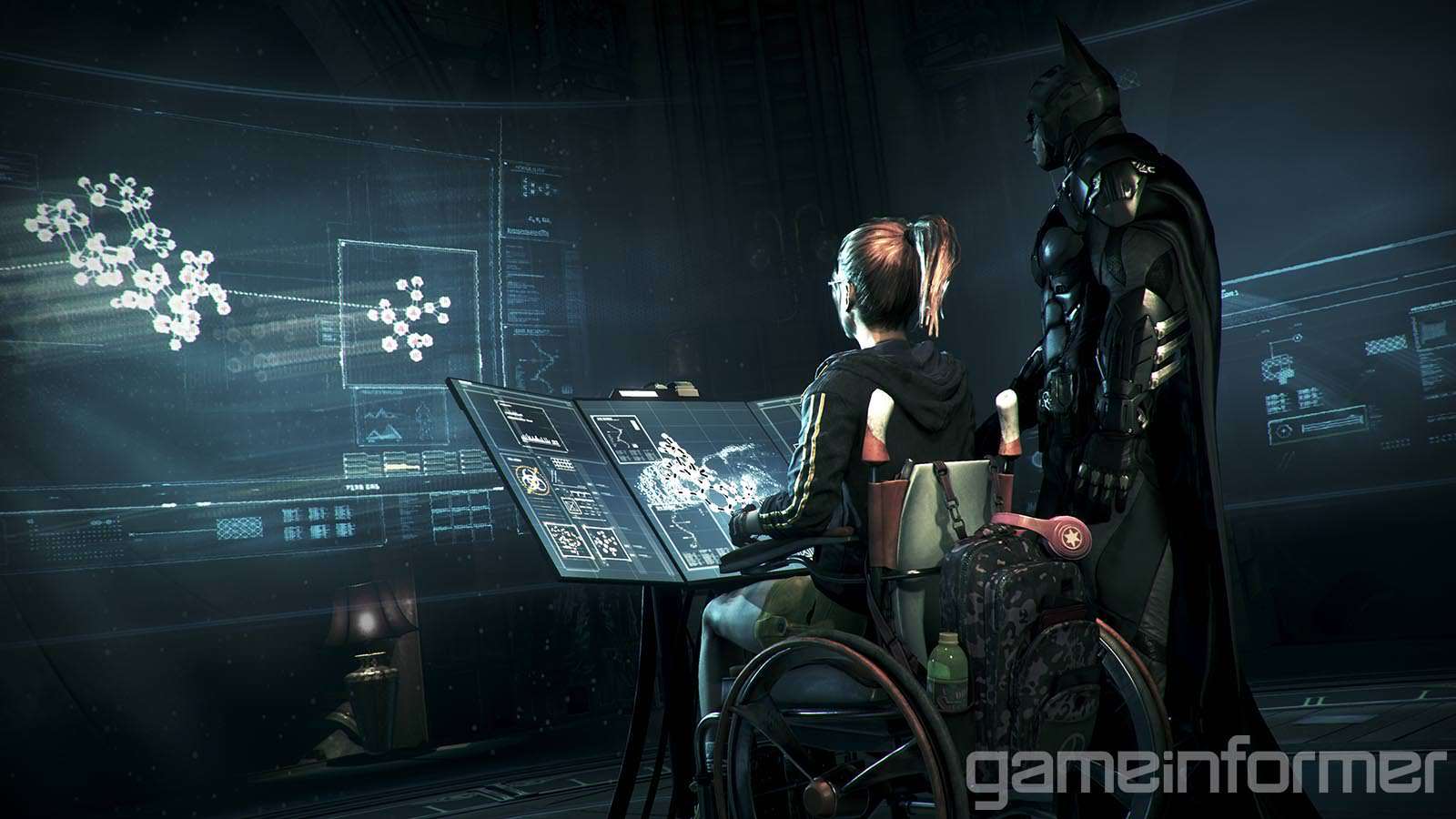 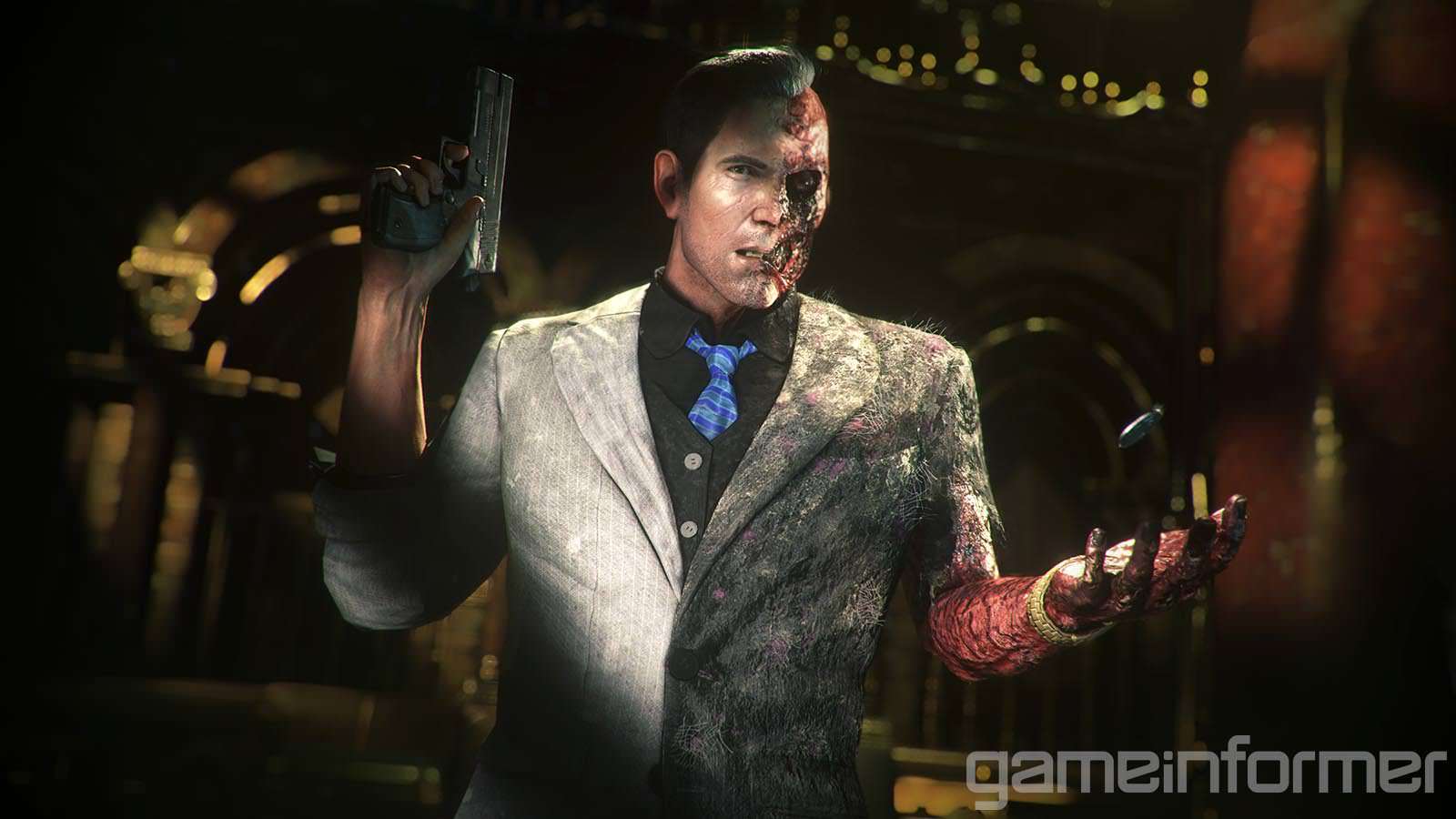 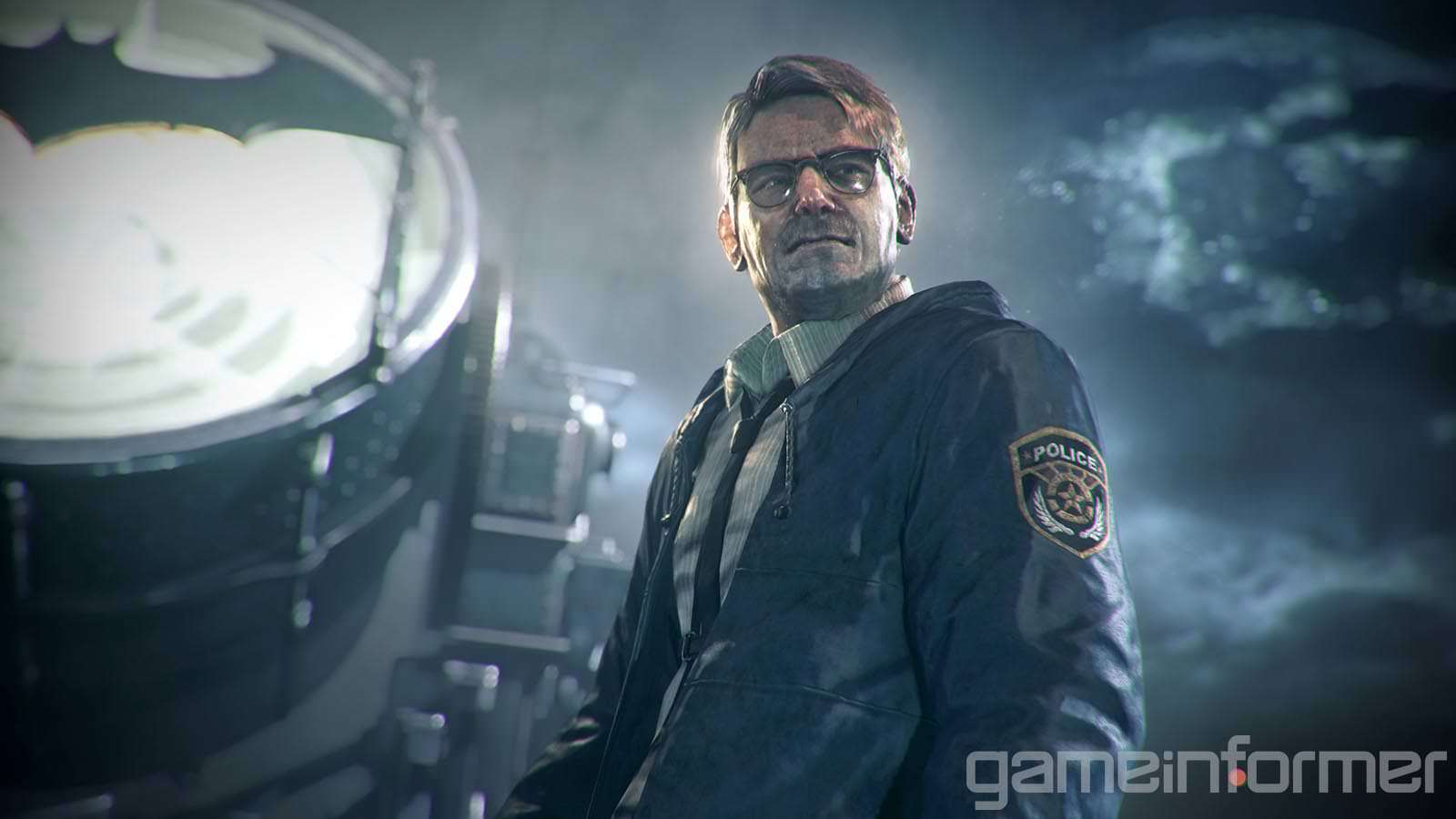 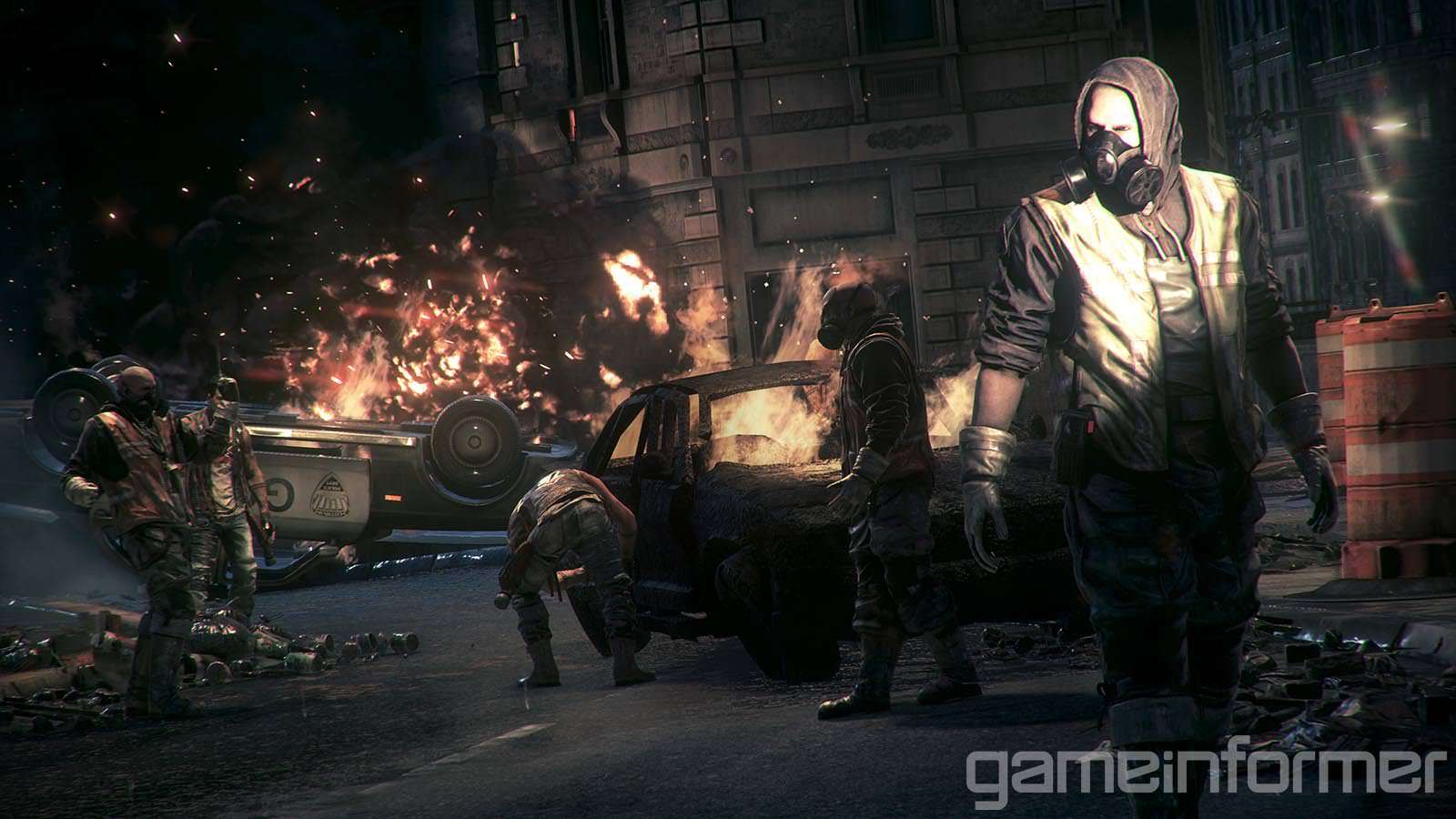 There’s some very cool shots in there. The close-up headshot of Riddler is incredibly unnerving and brings some menace to the character and all the glamour shots of Gotham and the Batmobile are always worth the view.

I was tipped to most of the screencaps from a video by Batman Arkham Videos on YouTube. Though I was able to find most of them and provide them for you here, I had a lot of trouble finding all of them. Most of the concept art, though attributed to Game Informer, were nowhere to be found. I had to do some hardcore Googling and backtracking to find them off a little Russian website. I still didn’t find all of them featured in the video. So you can peep the video for all of them, if you have the 6 minutes and 30 seconds to spare. You guys better appreciate the amount of effort I put into this article.