Rumor: Jason Momoa was Supposed to be Aquaman in Batman vs. Superman

Rumors have surfaced that Jason Momoa was reportedly up for the role of Aquaman in Batman vs. Superman.

Last week, Jason Momoa, who was originally reported to have been in talks for a villain role in Batman vs. Superman, denied having any involvement in production of the movie. Also, at the same time, it was reported last week (remains unconfirmed) that DC/WB were planning on making Batman vs. Superman end on a crazy cliffhanger, featuring cameos of prominent Justice Leaguers, to lead directly into the Justice League movie. Accordingly, they were supposed to be shooting back-to-back.

Accordingly, despite Momoa’s denial and Ramey’s assertion that Aquaman is not supposed to be in the movie, a trusted source close to Badass Digest says that Momoa is in fact supposed to play Aquaman. Badass Digest speculates that Momoa, in Marion Cotillard-style, is lying in the attempt to protect his secret cameo. 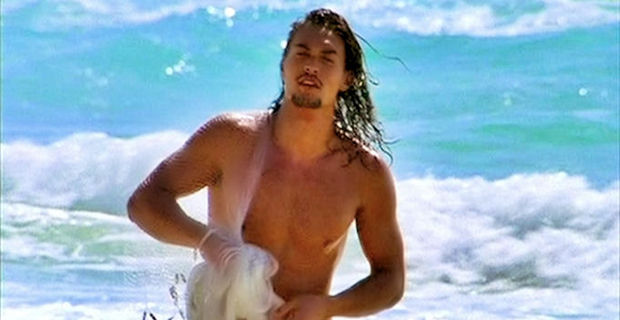 I guess I could see Momoa as Aquaman. His menacing physique lends him more to a villain, but I still can’t say because I’ve never seen the guy act. Regardless, remember the salt should be kept close as it’s still unconfirmed.

What do you think? Momoa as Aquaman for the win? Or do you think this would be a bad idea? Let me know.

Batman vs. Superman May Be Filming in Metamora Township, Michigan

Screenings for the Legends of the Knight Documentary Announced