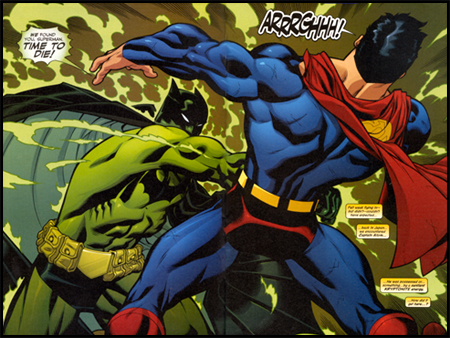 The scene is set, the much-anticipated Man of Steel sequel (Batman vs Superman) has been marked for release July 17 2015. Shooting will begin early in 2014 and it seems that plenty of time has been granted for scoping what is needed throughout the planning stages of the film. From the outlook of the fans and general public it may look like that Warner Brothers are moving very quickly on this considering its been only 5 months since the release of Man of Steel. However Charles Roven says that plenty of whats happening now has been pre planned for a while.

Roven has confirmed that filming will start in February 2014, in an interview conducted by Variety he said, ” On Batman vs. Superman, we started soft prep in June, and we’ll be shooting eight months later”. He then goes onto say, “We felt that we accomplished our goals with Man of Steel. Our intention was to bring Superman into the 21st century with a contemporary character and a different kind of superhero than what’s out there right now.”

The holistic picture of the story between the two iconic characters is split between both films, “Man of Steel” and its sequel. We only have half the picture now, post the release of Superman  David Goyer got busy building the mechanics of how the Dark Knight would enter into this world by writing the script of “Batman vs Superman”. We know at the moment that the initial draft of the script is done but Roven confirmed that this needs tweaking and for that matter they wont sit on a “final script” it will evolve throughout the end to end production process. Roven goes on to say, “Those scripts are never fully finished until the movie is in the theaters,” he said. “We love the characters — we think that Ben Affleck is going to be a really great and interesting Batman.”

In the interview Variety questioned the controversy on the casting of Ben Affleck as the Dark Knight and Roven went out of his to provide some of the clarity that the fans have been seeking. Roven refers to the attributes Affleck brings to the table with his “mature” and “big” look.

Roven says “We wanted a guy who had a certain age and a certain gravitas to what he had done in terms of his recent work. If you take a look at The Town and Argo, he plays a couple of serious guys in those movies. He’s a big man. He’s also a mature man. As you see him and Henry Cavill together, one definitely has much more experience just by looking at him. That’s what we wanted, particularly juxtaposed against our Superman.”

As the title suggests “Batman vs Superman” the Dark Knight is going to have to rely on his advantage in experience when coming up against what is an “alien” with super powers. As more developments become public we will understand more about the supporting cast, script, and whats to come.