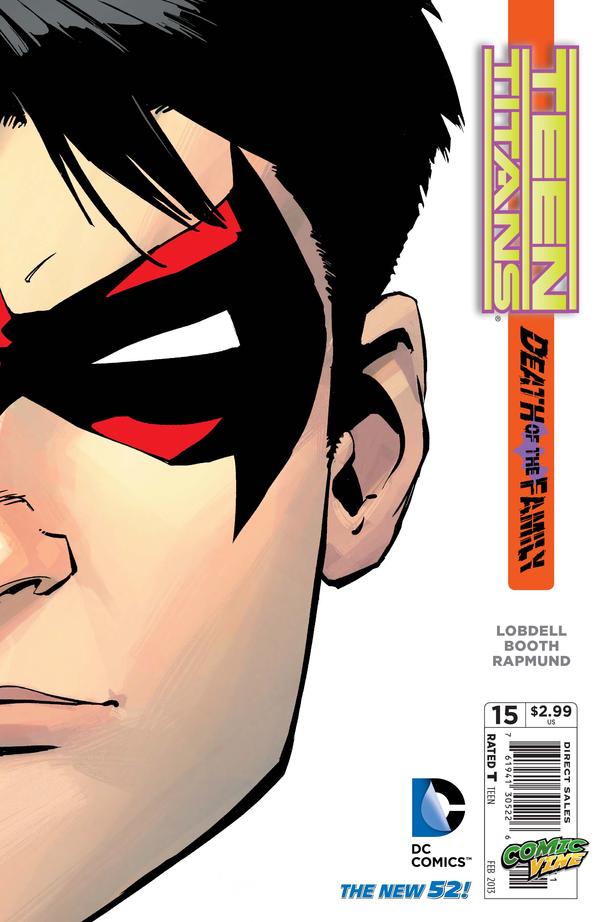 Batgirl informs the Teen Titans that Red Robin has been kidnapped. Can the team save him? Click the jump to see the preview of Teen Titans #15.

PLOT: A “DEATH OF THE FAMILY” tie-in! Red Hood and Red Robin team up against The Joker! Will Arsenal take over the Titans? Guest-starring Batgirl!

From Red Hood & the Outlaws #15, we know that Red Hood and Red Robin are going to team up and fight Joker. Scott Lobdell (writer of Teen Titans and Red Hood) trying to use Joker and pin the two characters against each other since Red Robin was the replacement for Jason Todd as a Robin.  It’s a nice start for the two characters to hash this out, but it’s a little redundant for Jason’s character to continuously harp on this event. The way Lobdell is writing the character, it almost feels like Jason is whining. Anyway, we’ll see what Lobdell has planned for the two characters in “Death of a Family.” 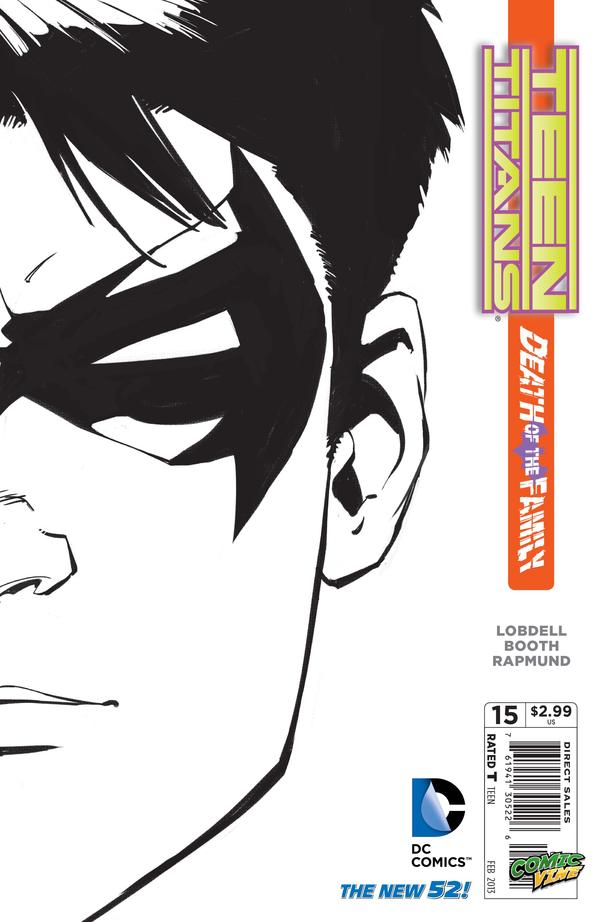 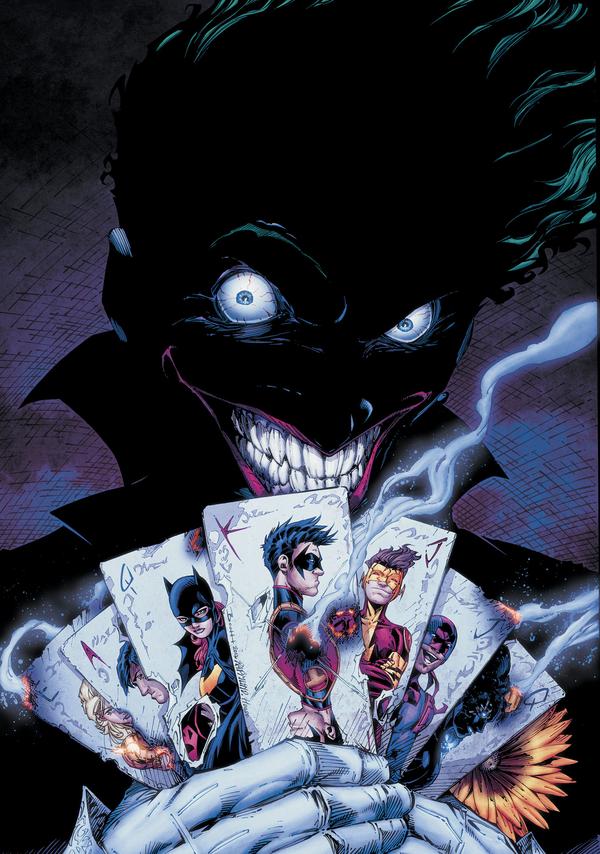 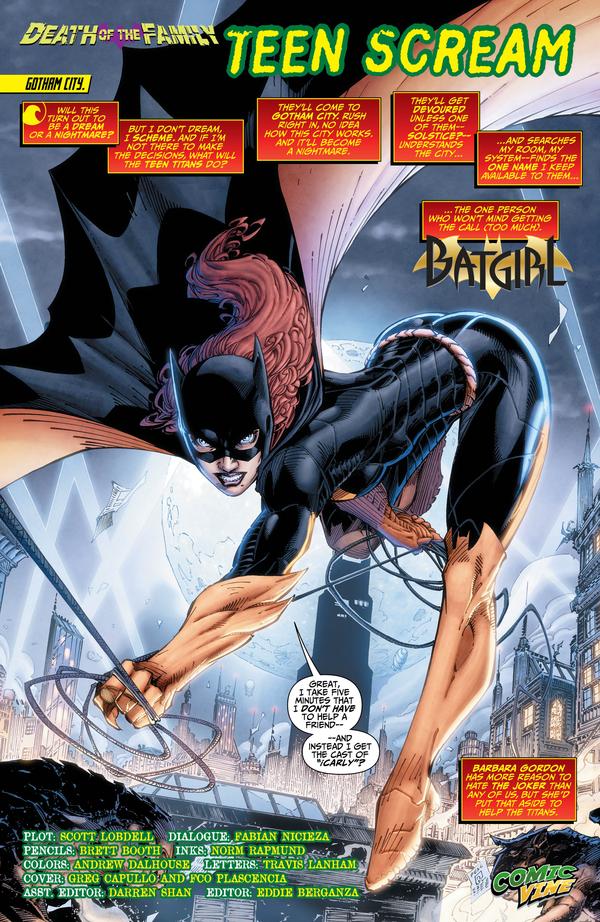 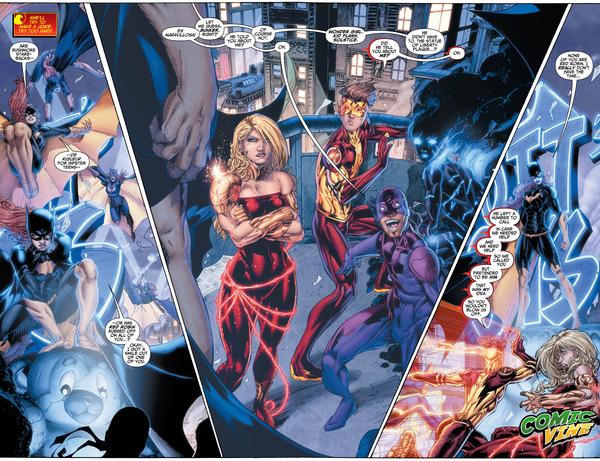 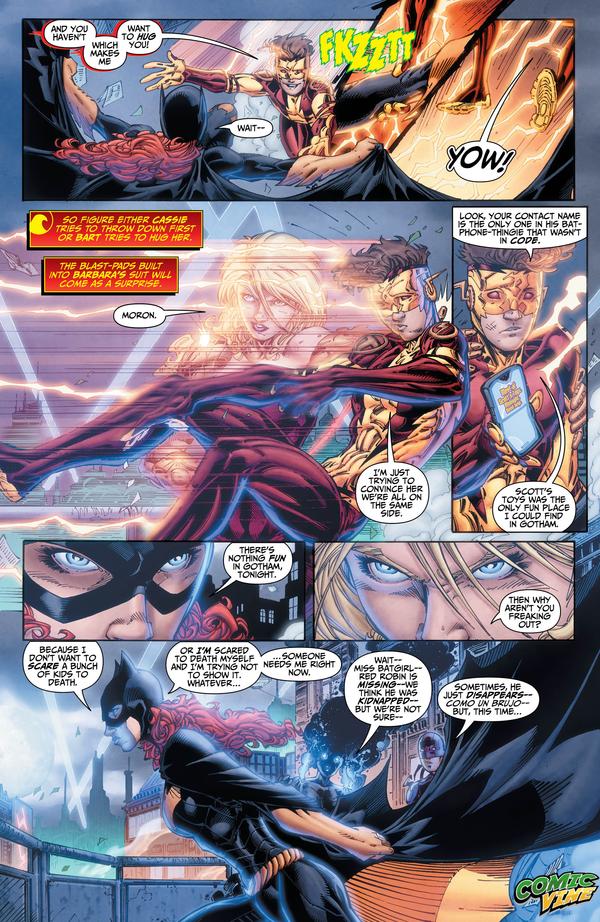 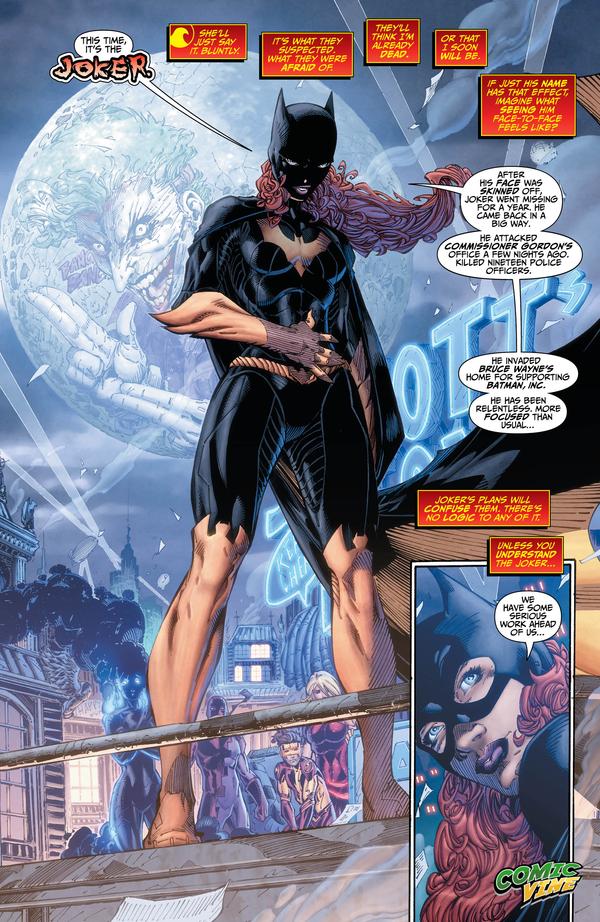