Even though, all has been as one would say MUTE about The Dark Knight Rises movie. Christopher Nolan and his Hush Hush team have been super quiet. At least, some products are coming out to keep us interested if any OBSESSED! Feast your eyes on the newest figurine investments, the mysterious John Blake and Bruce Wayne’s confidant and butler, Alfred Pennyworth. Now I am sure that you guys are pretty much saying “What do these guys have to offer?” The funny thing about history is that even the smallest thing can hold the most value. I am not saying that both of these figurines will hold more value than the new The Dark Knight’s Batman, Catwoman, or Bane figurines. However, if you really think about it there can be 50 other The Dark Knight Batmans and only one Alfred Pennyworth figurine in the world. That figurine will hold more uniqueness than the 50 other Batmans. Seriously, think about it.

John Blake…John Blake…friend or foe? All I can really say is that he is a Gotham cop. Some of us might blow this character off because of his occupation, but rests assure Nolan has something planned for this guy. Just and you will see. Both figurines are bendable so children can play with them. Of course, I do believe these characters will be more of The Dark Knight Rises ‘collectibles. Oh yea…did I mention that there is a buildable Bat-signal that works. Muahahahah!

Sorry I got carried away. I am just so excited about these figurines. Just to add a little more excitement to the mixture, there is a secret figurine going to be released sometime in the future. Who or what do you think is next to be released? 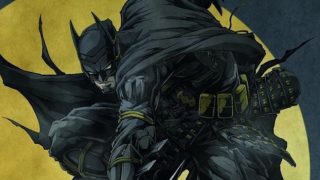 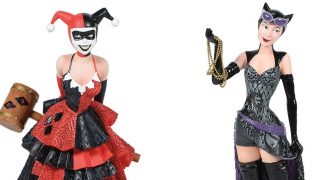