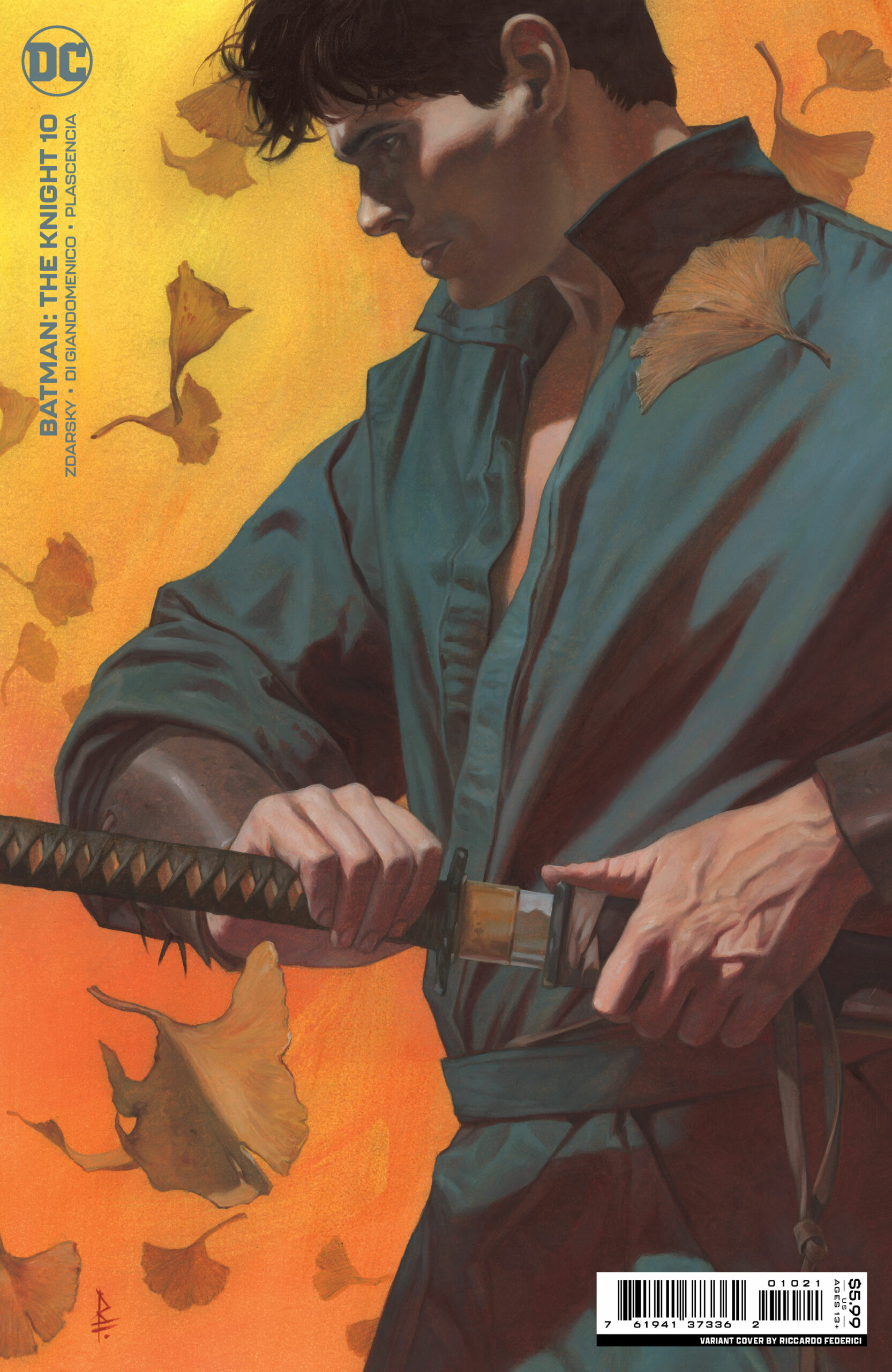 Batman: The Knight #10 wraps up one of the most action-packed Batman mini-series of recent years, with a real bang!

Over the last ten months we’ve seen young Bruce Wayne learning the skills and craft that will make him the greatest crime-fighter the world has ever known. We’ve met his best friend turned rival, Minkhoa Khan, who will go on to become Ghost-Maker, the Dark Knight’s hand-picked leader of the all-new Batman Incorporated team. 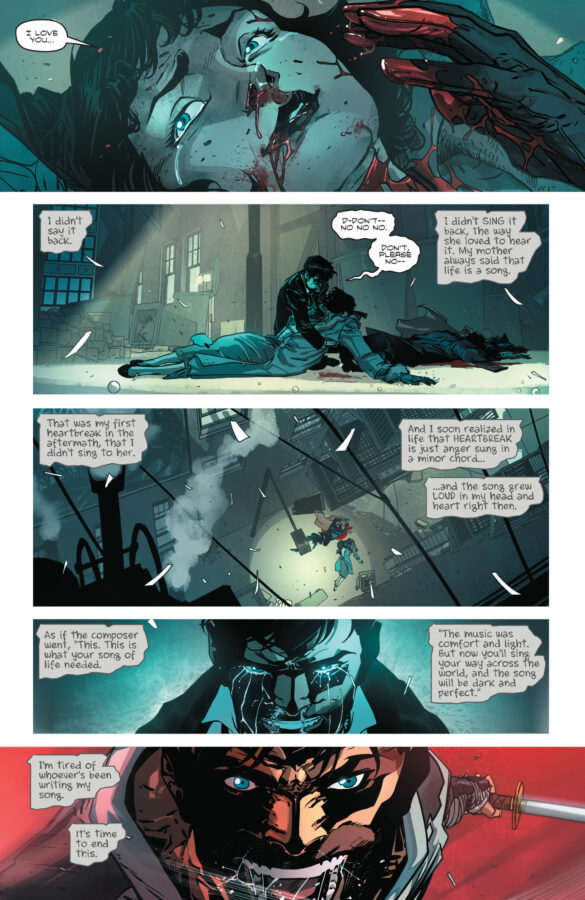 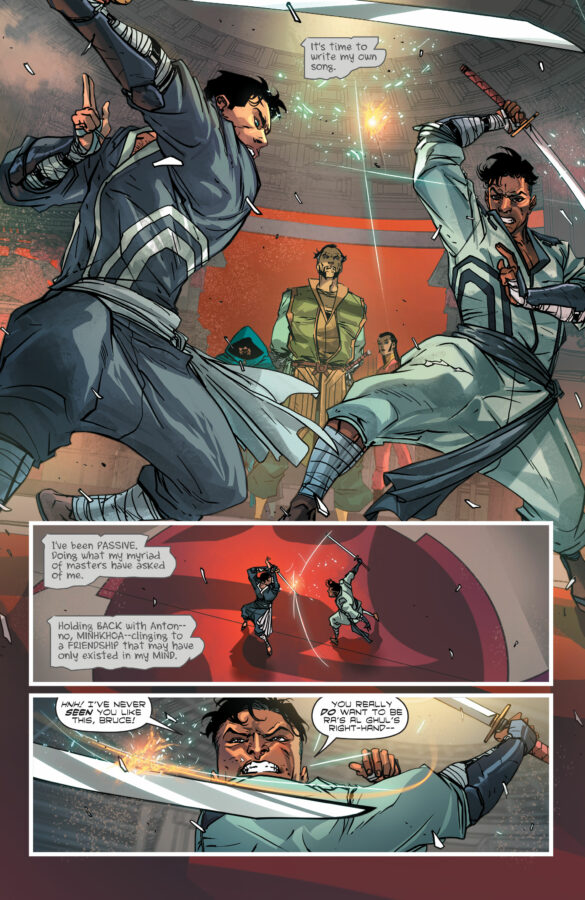 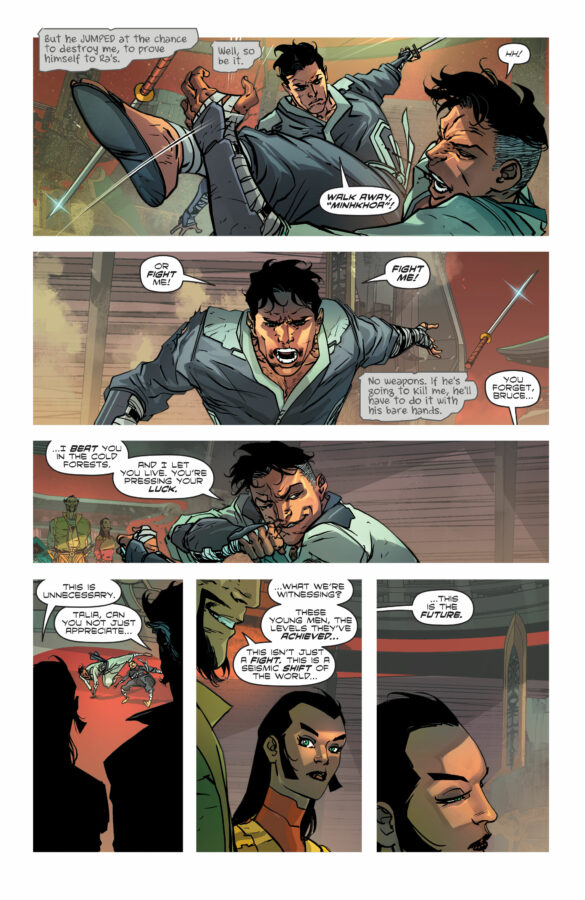 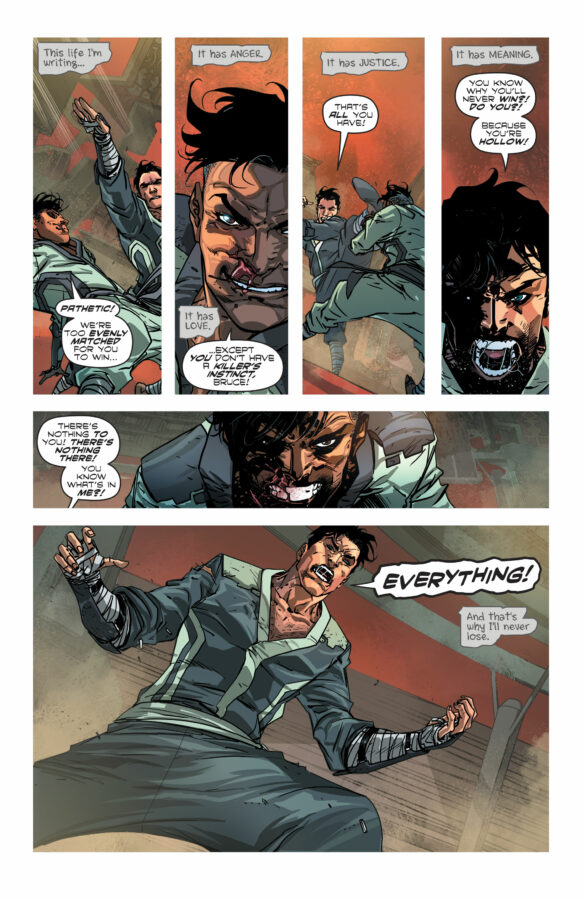 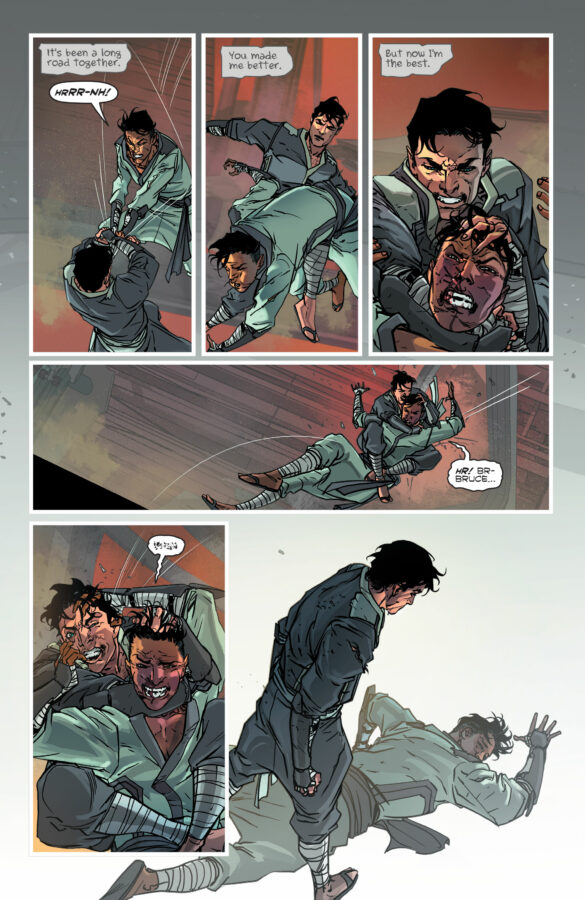 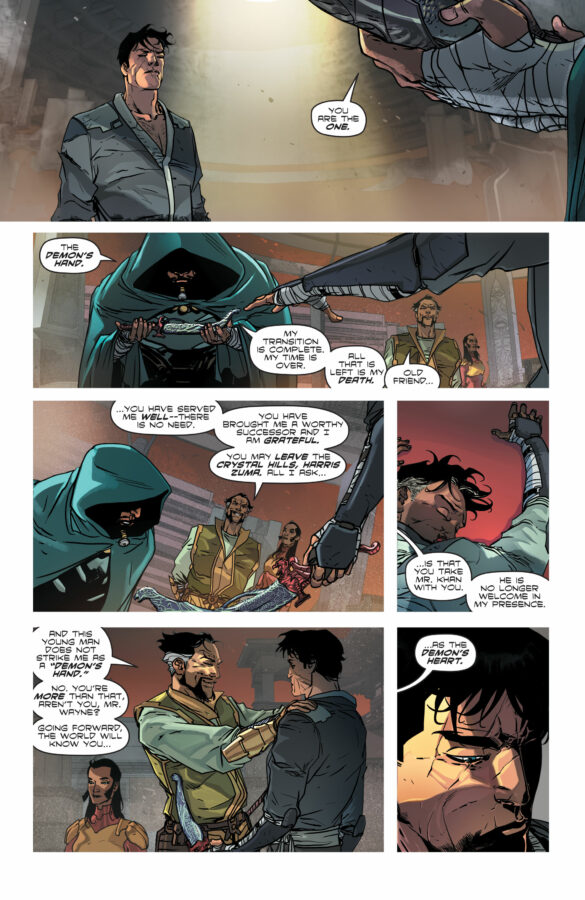 This title has impressed me greatly with the way it’s managed to give us an all-new look at the Caped Crusader’s formative years, but in a way that has – mostly – not erased what came before. The way Chip Zdarsky has included martial arts masters, manhunters, burglars, assassins, magicians, escapologists, thieves and vigilantes – old and new – into the mix has been truly impressive.

Zatara has been around in comics longer than Batman has, while Minkhoa was introduced by one of Zdarsky’s most recent predecessors on the main Batman title, the brilliant James Tynion IV in 2020. Then we have Henri Ducard, created by Batman ’89 screenwriter Sam Hamm in 1989, and Ra’s Al Ghul from the 1970s. It’s with this character my only gripe with this series comes.

Don’t get me wrong, Chip writes every character he gets his hands on perfectly, but by having Bruce meet Ra’s and Talia before becoming Batman has wiped some of the greatest stories ever (in my humble opinion) from canon. He managed to avoid that, admirably, with every other character and could also have, quite easily, with Ra’s… but didn’t.

The Al Ghuls were created by two of my idols, the late, great Denny O’Neil and Neal Adams. The first meeting between the villains and Batman was firmly established to have happened a number of years into the Dark Knight’s career; when Dick Grayson was in college and closer to the time when he’d fly the coop, quit being Robin, shortly before becoming Nightwing. This story is one of Batman’s finest, and even inspired the brilliant Batman: The Animated Series version of events. Now both those tales are null and void, and I’ve been left with a bad taste in my mouth.

Chip Zdarsky is a really good writer, and perhaps he will fix/address this in his (so far absolutely excellent) run on the main Batman book. I will remain hopeful.

The art team of Carmine Di Giandomenico, Ivan Plascencia, and Pat Brosseau have never let me down. From cover-to-cover, every page of every issue of Batman: The Knight has been gorgeous. This has been a creative team to be reckoned with! I loved seeing Carmine’s work on the recent Joker: The Man Who Stopped Laughing #1 and am very glad that he has an ongoing DC book to work on. 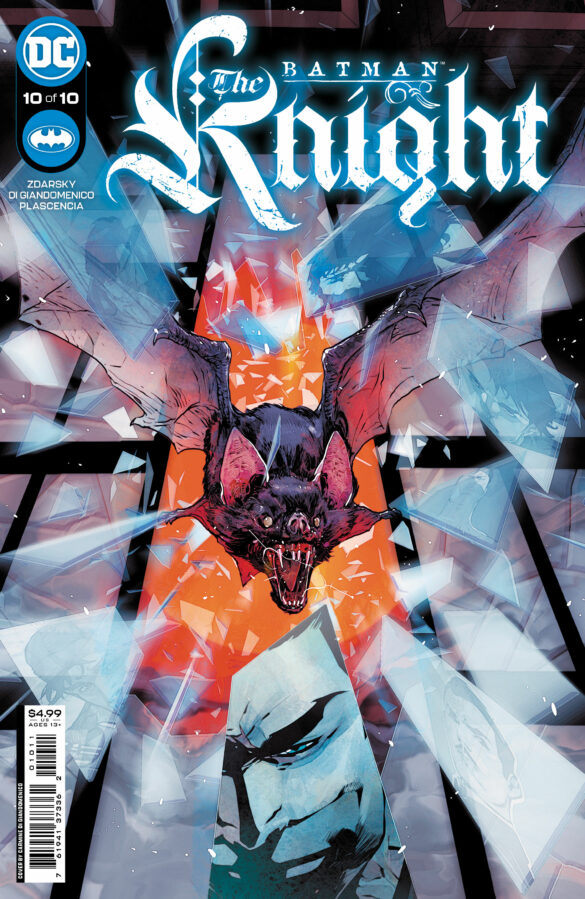 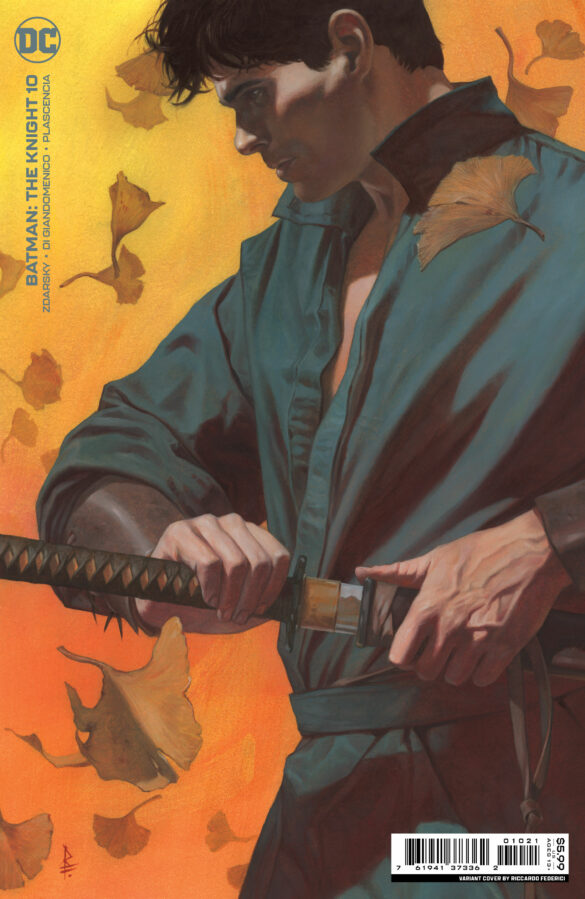 Batman: The Knight #10, as a comic, is hugely entertaining and powerful. Bruce Wayne has grown a great deal from the first issue until now and his final transformation is masterfully handled. This is Batman as I’ve known and loved the character for close to 50 years. Zdarsky’s written him, and helped form him, flawlessly, as has the superlative art.

The ending of the book could flow, fairly seamlessly, into the beginning of the now legendary, and mostly accepted as definitive origin of the Dark Knight; Batman: Year One. New fans will love this book and see an all-new first appearance of Ra’s and Talia Al Ghul. Older fans, like this humble reviewer, will leave this series a little disappointed.

On the whole, Batman: The Knight has been great, but I don’t feel that it quite stuck the landing.