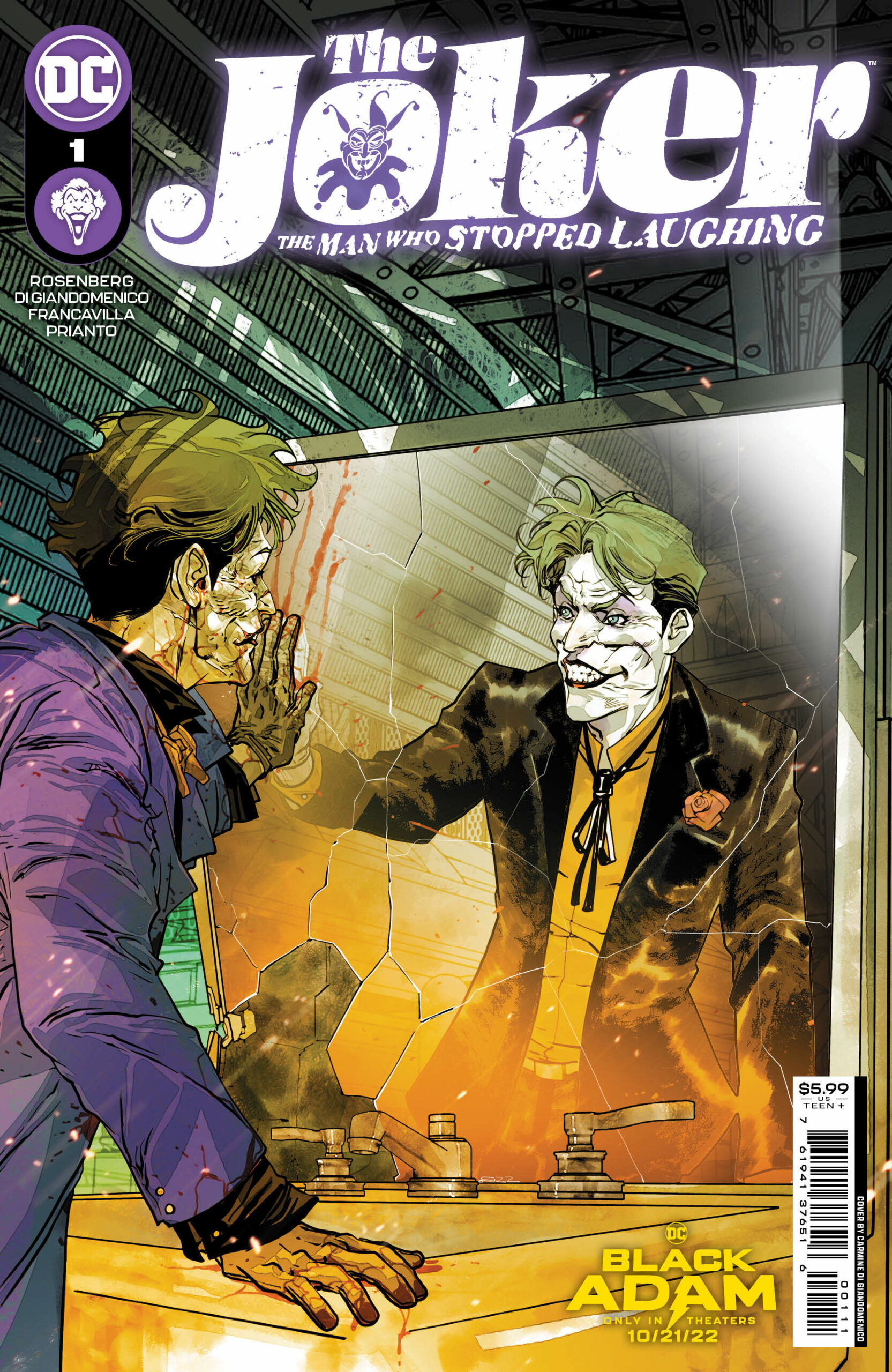 The Joker: The Man Who Stopped Laughing #1 brings a slew of mystery with its mayhem. This one definitely requires seatbelts, in order to keep up with the whiplash and maybe a mask to cover your eyes from the horror… unless you’re like me and thrive in that chaos.

The artwork, from the cover alone, is a draw to the book as it’s both fascinating and foreboding. We get a bit of “Abandon all hope, ye who enter here” kind of vibe. With variants by Lee Bermejo and David Nakayama, Francesco Mattina, Ben Oliver, and Haining, readers have ample choice to enter this tale. While the title’s what caught my eye and dragged me away from other books by the throat, what lies under the cover is what really kept me glued to my seat.

Let’s dig into it, shall we? Disturb some graves. 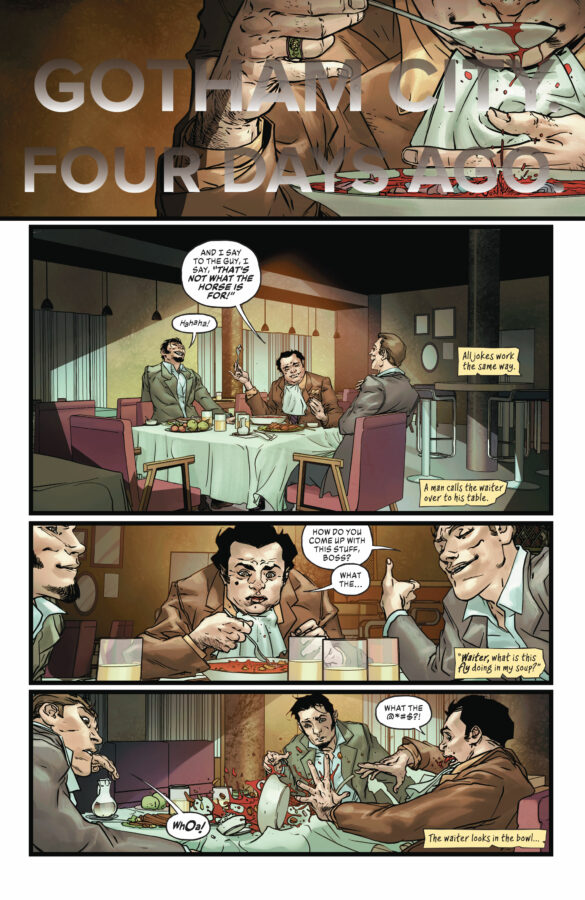 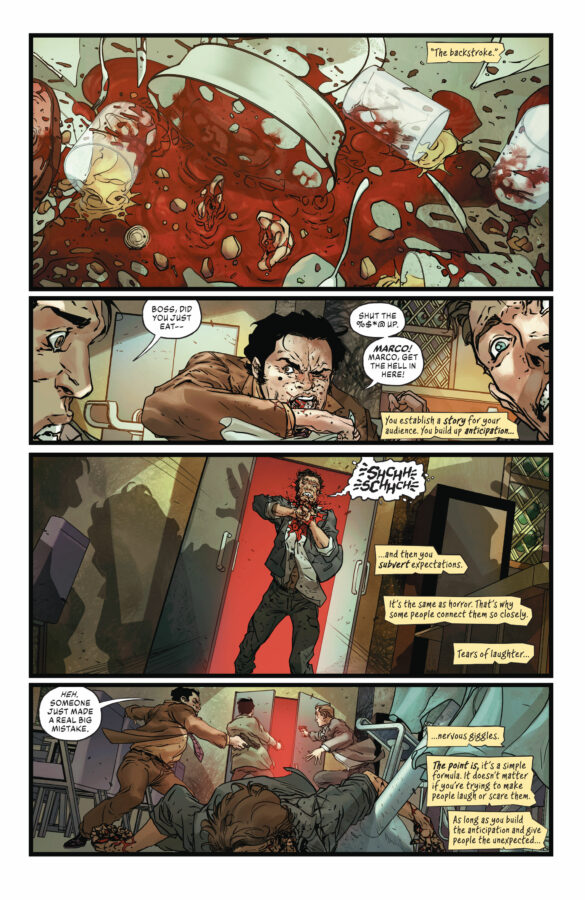 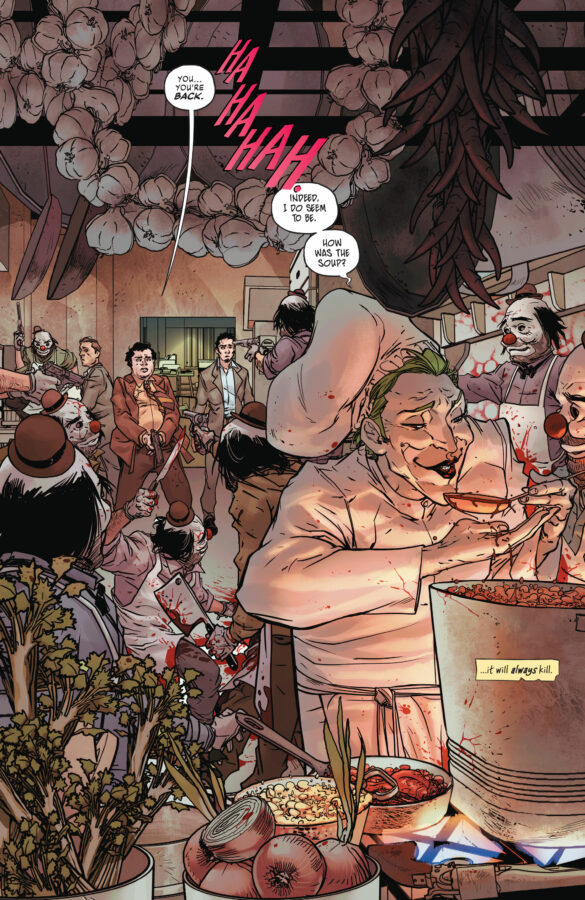 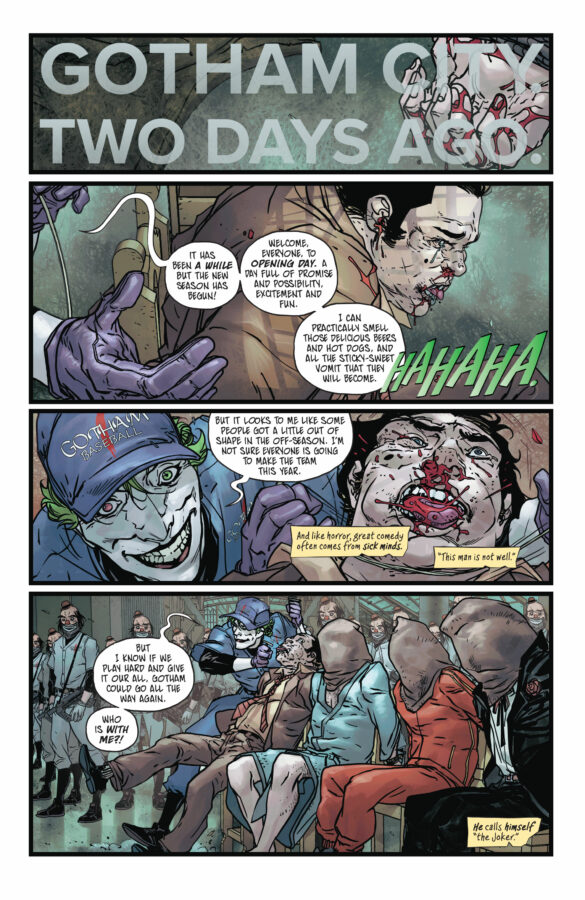 This Man Is Not Well

Four Days ago in Gotham is where the issue starts readers off. We’re in a restaurant that could have been pulled out of scenes of The Godfather or The Sopranos, and a group of mafia boys sits enjoying a meal. Our narrator’s nice enough to inform us of the similarity between humor and horror, which is good because something’s definitely wrong with the soup.

With a flourish, all his own, Joker announces his return and is there to clean up the criminal element that’s begun to thrive in his absence. At a baseball-themed execution ceremony, Riddler, Two-Face, and Roman Sionis have some words for the man who expects them to follow his lead.

Where The Old Clowns Go

Seemingly tired of the Gotham scene Joker takes off for a bigger stage, claiming that soon all of America will know his face and name, and the fear associated with both. However, there’s someone who survived… someone important, who will rock the foundations to the ground. Just who is this man and what role will he play?

I was floored by how engrossed I became in seeing The Joker: The Man Who Stopped Laughing #1 unfold. Matthew Rosenberg has done a masterful job of setting the stage for this epic tale. Carmine Di Giandomenico however, paired with Arif Prianto, steals the show as the artwork is so wonderful. There are many scenes where it’s just The Joker’s face and I was in awe of all the detail in every panel. 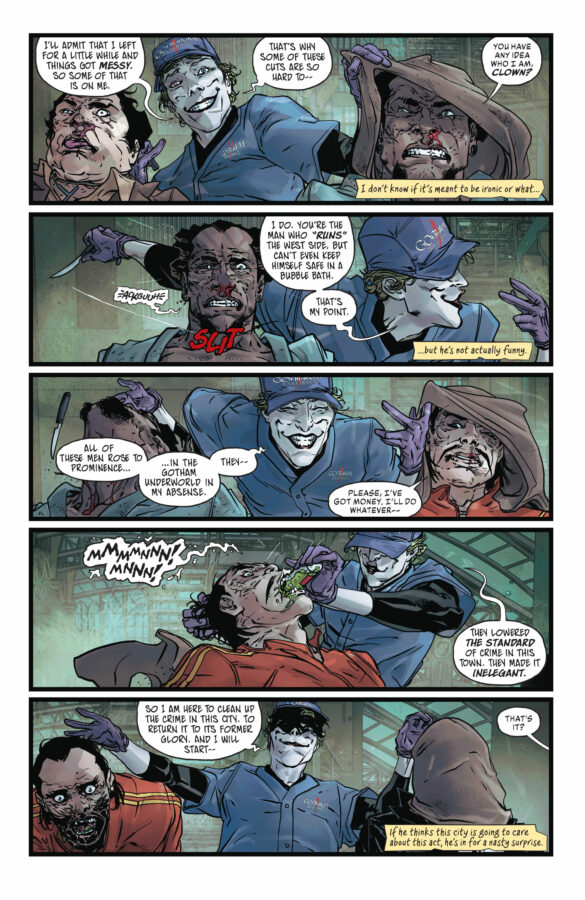 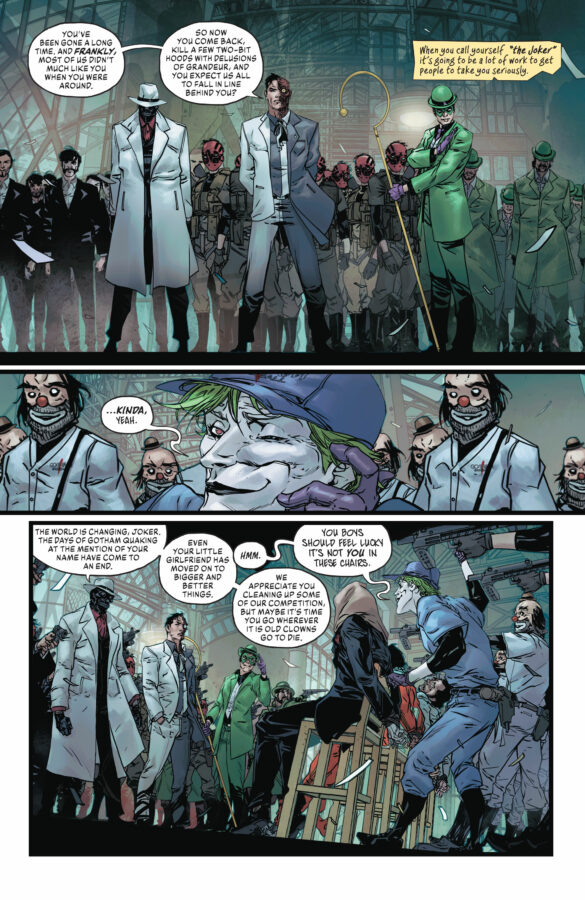 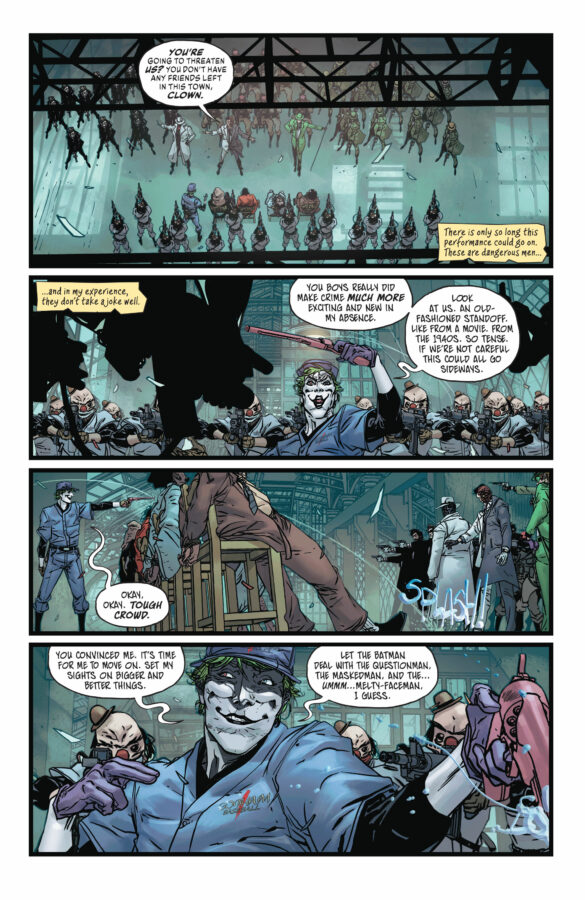 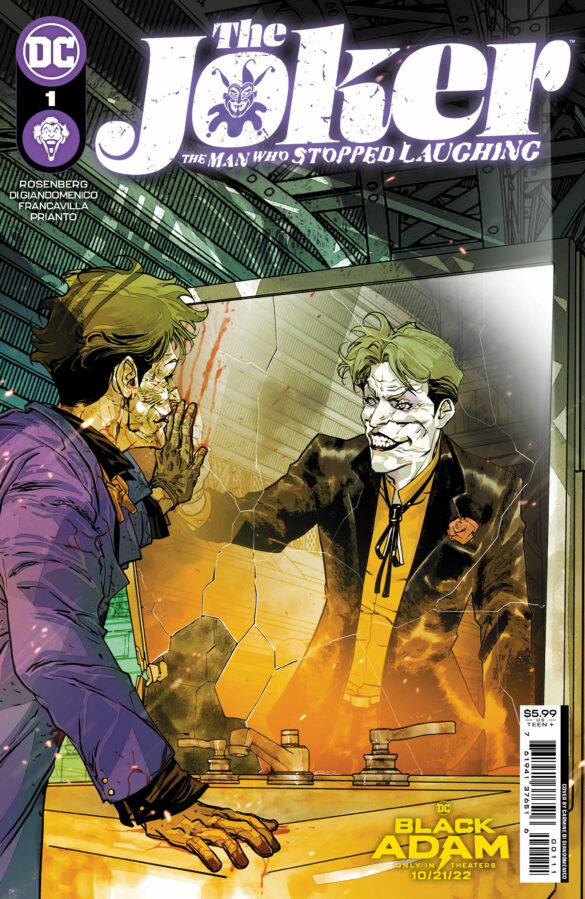 In addition, we get a treat of a side story written by Matthew Rosenberg, with art by Francesco Francavilla, letters by Tom Napolitano, and edited by Dave Weigosz (Hi, Dave). “Here’s Looking At You Kidder” is a hilarious tale of Joker falling for Power Girl and seeking the help of his crew and Mirror Master to win her over.

I went into this comic with no expectations and came out both mesmerized and in awe of what I’d been given the chance to read. Between the story and the artwork, we received a controlled case of malice and shenanigans. The Joker: The Man Who Stopped Laughing #1 pulls no punches and certainly goes all in on each category.

I look forward to getting spoiled with each issue.